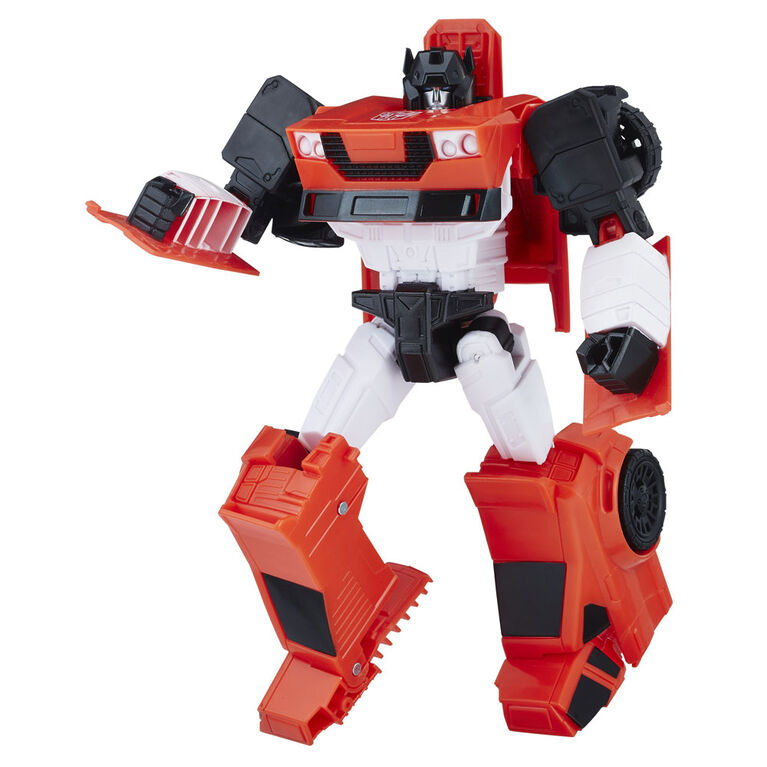 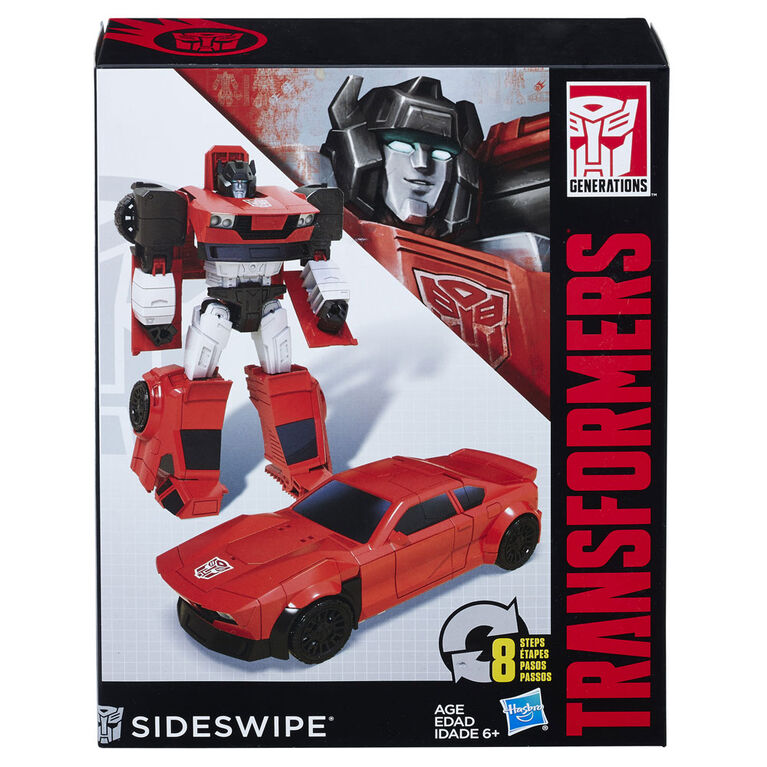 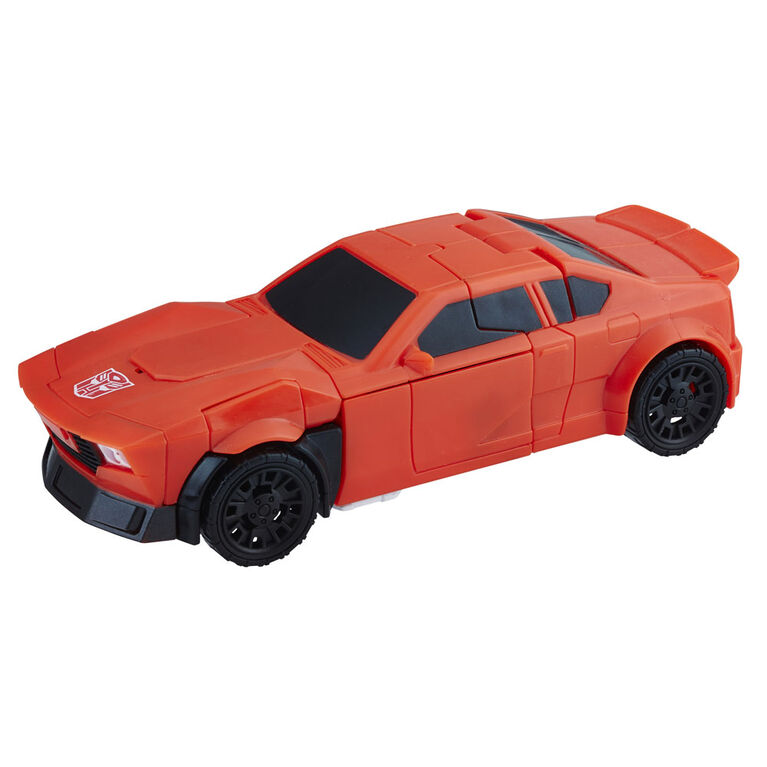 Sideswipe talks fast and moves faster, driving circles around his Decepticon foes. He loves to speed away from where the rules tell him to go, but that doesn't mean he's afraid of anything. Sideswipe is a powerful warrior who's out to do the right thing. He just has his own ways of fighting evil and protecting his friends.