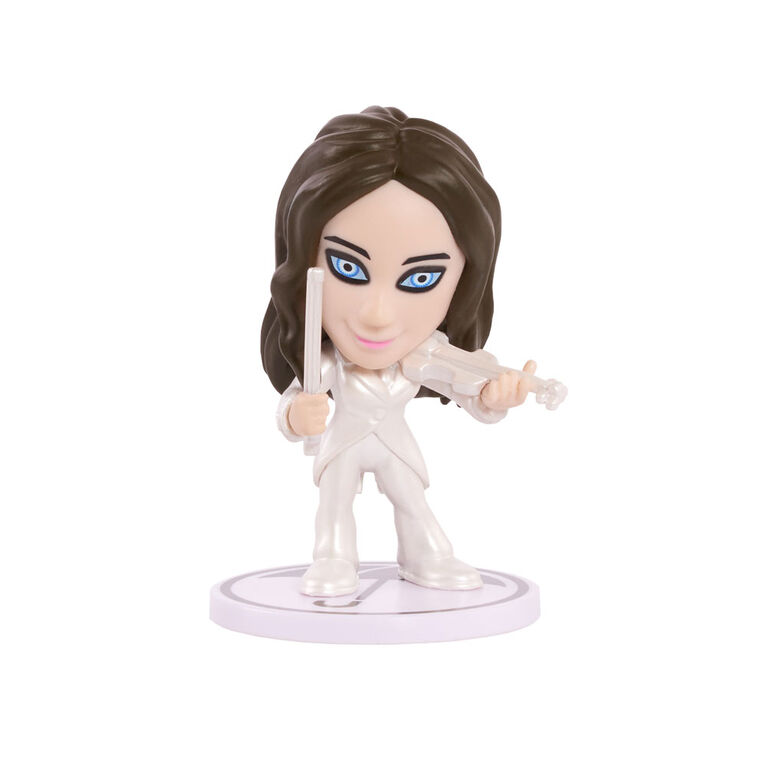 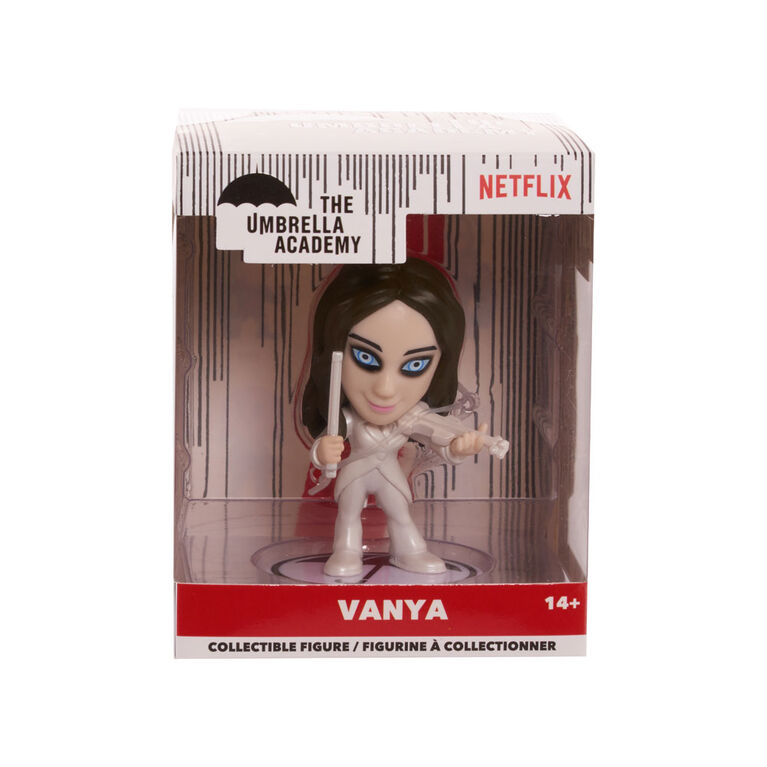 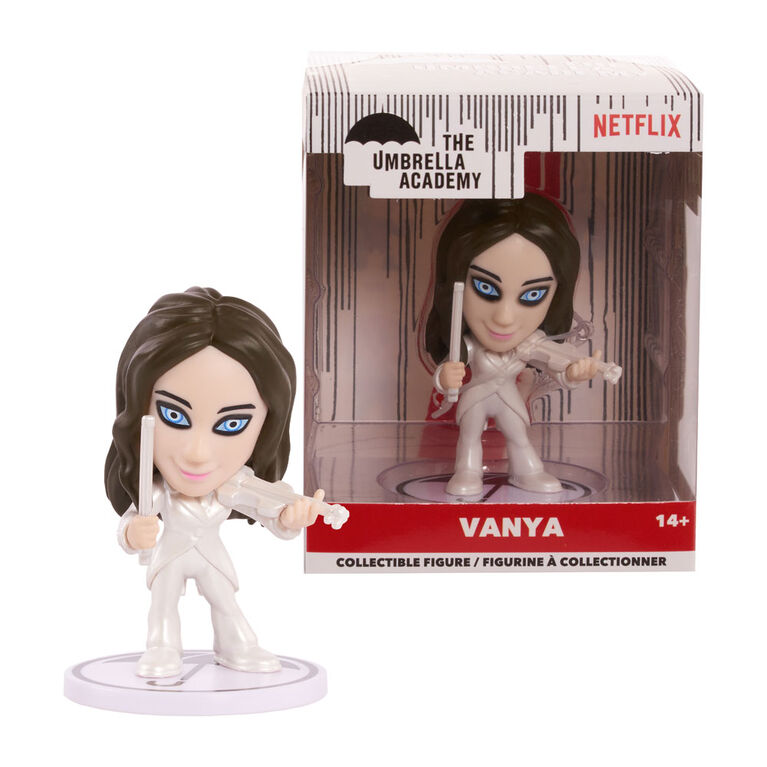 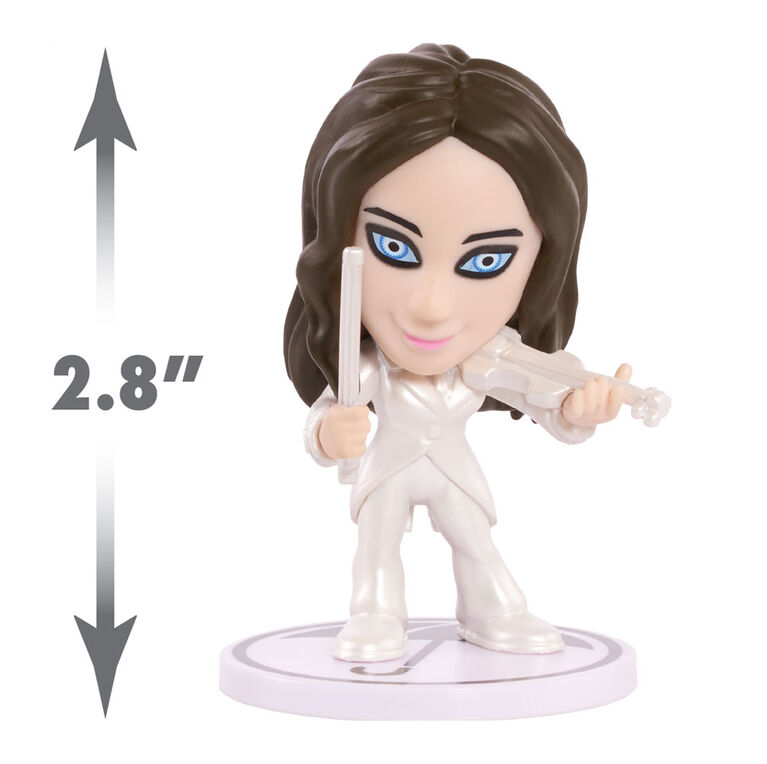 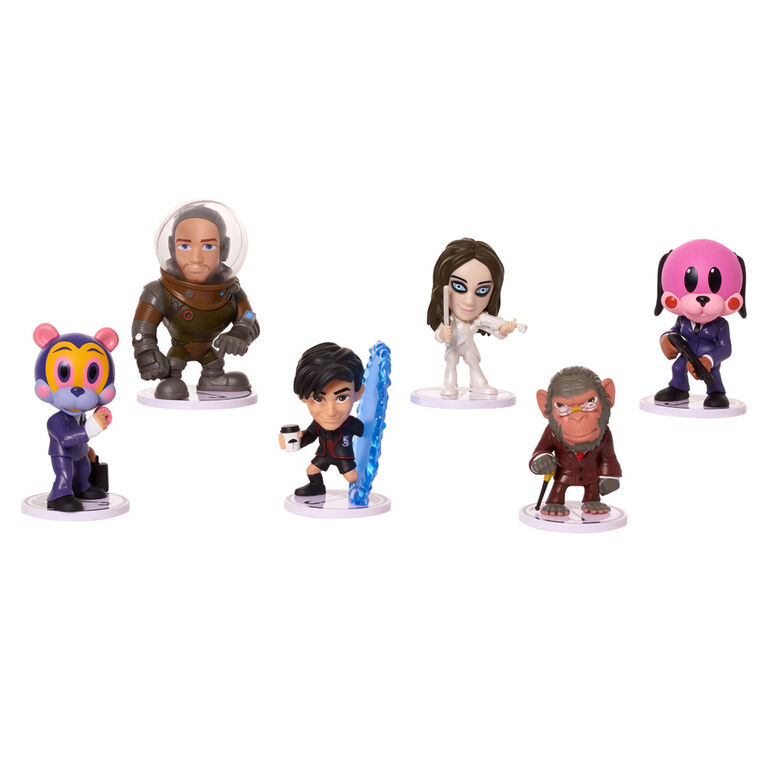 R Exclusive, only available at Toys R Us Canada. Based on the popular Eisner award-winning comics and graphic novels created by Gerard Way, and inspired by Netflix's Umbrella Academy, come The Umbrella Academy Stylized Collectible Figures. Each figure is a highly detailed, stylized version of your favorite characters and stands approximately 3" tall. Series 1 includes Luther, Five, Vanya, Pogo, Hazel, and Cha Cha. Each figure sold separately. Ages 14+ Number Seven / The White Violin - The only Hargreeves sibling born without superpowers, Vanya harbors a lot of resentment toward her late father and her estranged siblings, along with deep feelings of worthlessness. Her one outlet is in her extraordinary skill as a violinist, although she eventually discovers her untapped potential.