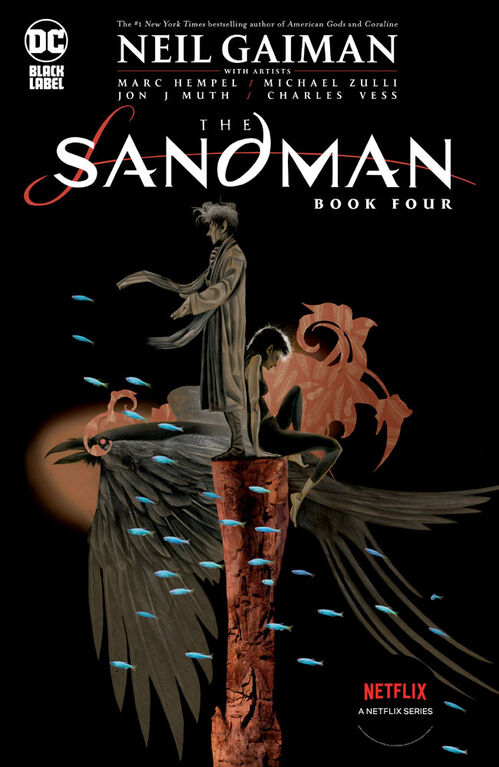 Pinch to zoom
From the award-winning writer of American Gods and Coraline, The Sandman is one of the most popular and critically acclaimed graphic novels of all time. Neil Gaimain's award-winning masterpiece set the standard for mature, lyrical fantasy in the modern comics era.

Illustrated by an exemplary selection of the medium's most gifted artists, the series is a rich blend of modern and ancient mythology in which contemporary fiction, historical drama, and legend are seamlessly interwoven.

In this climactic final volume, drawn by Marc Hempel, Jon J Muth, Charles Vess, and Michael Zulli, with contributions from D'Israeli, Teddy Kristiansen, Kevin Nowlan, and more, Dream becomes the target of the Furies - unstoppable agents of vengeance. Dark forces are at work, and what they set in motion will demand a sacrifice greater than any the Dreaming has yet known. The thrilling conclusion of The Sandman weaves together threads and pieces building since the beginning of the series, collecting issues #57-75 and stories from Vertigo Jam #1 and Dust Covers: The Collected Sandman Covers.