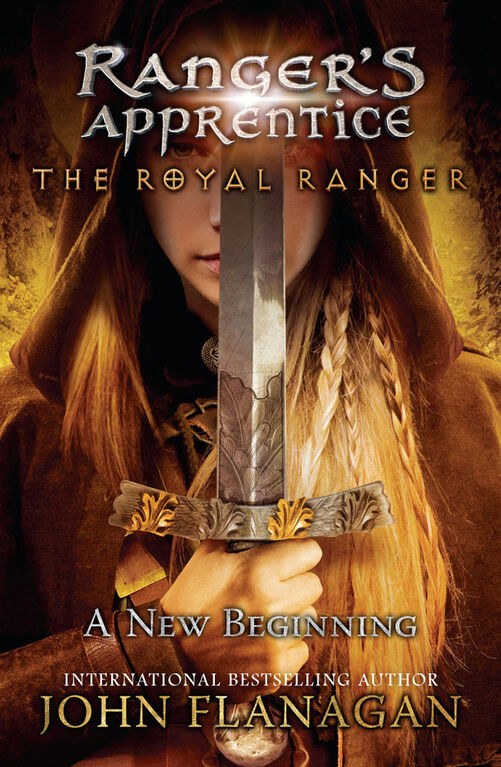 Will Treaty has come a long way from the small boy with dreams of knighthood. Life had other plans for him, and as an apprentice Ranger under Halt, he grew into a legend-the finest Ranger the kingdom has ever known.Yet Will is facing a tragic battle that has left him grim and alone. To add to his problems, the time has come to take on an apprentice of his own,and it's the last person he ever would have expected: Princess Madelyn, the daughter of Princess Cassandra. Will has to win the trust and respect of his difficult new companion-a task that at times seems almost impossible.

John Flanagan returns to conclude the series that has conquered millions of readers worldwide with this pulse-pounding adventure that brings one era to a close, ushers in the next, starting the series anew starring Maddie, the Royal Ranger.

"The last few years have seen the publication of many fantasies, but few have the appeal of this original story." -Booklist, starred review, onThe Ruins of Gorlan

"Fans of the series will eagerly devour this one and wait impatiently for the next . . . A sure bet for fantasy fans." -School Library Journal

"Flanagan's deft character portrayals and well-paced story will engage readers, and the ending will leave them clamoring for the next volume." -Booklist, onThe Icebound Land

Free Shipping when you spend $99. Shop Toys”R”Us, Babies”R”Us and Rise Little Earthling in 1 easy checkout!
Promotion details
Free Shipping when you spend $99. Shop Toys”R”Us, Babies”R”Us and Rise Little Earthling in 1 easy checkout!
Offer applies to selected items for delivery by regular standard shipping only and excludes delivery to some remote locations. Up to the maximum of $20 shipping value. Any shipping expense over this $20 per order maximum amount will be charged to your order. Free Shipping applies only to orders with qualifying merchandise greater than $99 and does not apply to gift cards. Free Shipping offer excludes all large SHIP ALONE items, such as; Strollers, Car Seats, Gym sets, houses, large play sets and bikes, all large furniture items and other select items. Toysrus.ca offers "Free Shipping" on select items throughout the site. The shipment of orders to certain remote locations is excluded from these offers. In these instances, the standard delivery charge will be visible during the checkout process. On some products, special handling fees may still apply. If your order contains items that are ineligible for "Free Shipping", you will be charged for those items. Add item to your shopping cart and proceed to checkout to receive discount. While quantities last. Offer valid only while supplies last and not applicable to canceled orders due to out-of-stock merchandise. Discount not applicable with returned merchandise; total discount will be deducted from the value of any returned item to which the discount applied. This offer is not valid on previous purchases. This promotional offer may be modified or terminated at any time without notice. We reserve the right to cancel any order due to unauthorized, altered, or ineligible use of a discount.
Our recommended Age: 10 - 15 years
Our recommended Age