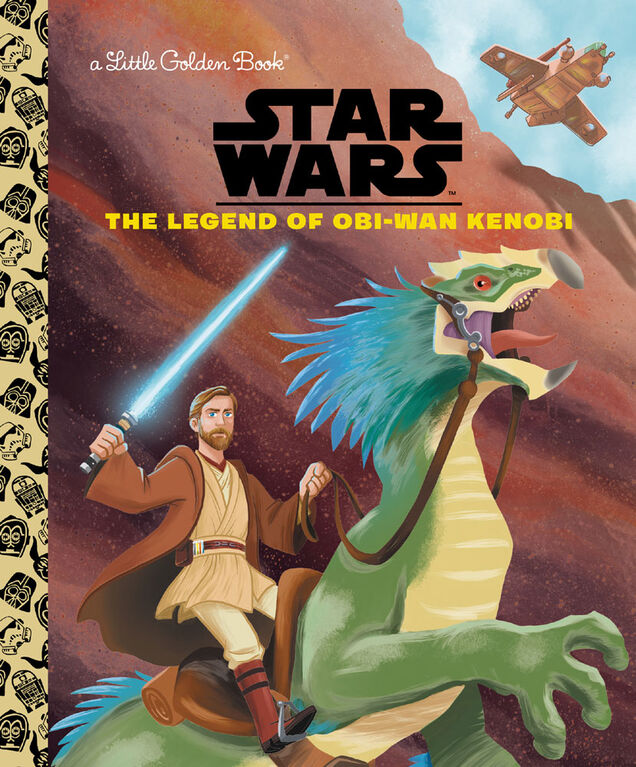 The legend of Jedi Knight Obi-Wan Kenobi is retold in this Star Wars Little Golden Book! A hero of the Clone Wars and the Rebellion, Obi-Wan battled Sith Lords Darth Maul and Darth Vader, helped destroy the Empire's Death Star, and guided Luke Skywalker in his quest to restore peace to the galaxy and balance to the Force. Featuring stunning retro stylized illustrations, this Little Golden Book stars everyone's favorite characters from the Star Wars saga. It is perfect for Star Wars--and Little Golden Book--fans of all ages.

Star Wars has captivated millions worldwide for almost forty years. The phenomenon began with the 1977 theatrical debut of Star Wars, later retitled A New Hope, and has expanded to include six additional major motion pictures (The Empire Strikes Back, Return of the Jedi, The Phantom Menace, Attack of the Clones, Revenge of the Sith, The Force Awakens, The Last Jedi, Solo: A Star Wars Story, and The Rise of Skywalker), television programming, publishing, video games, and much more, with new films coming every year.