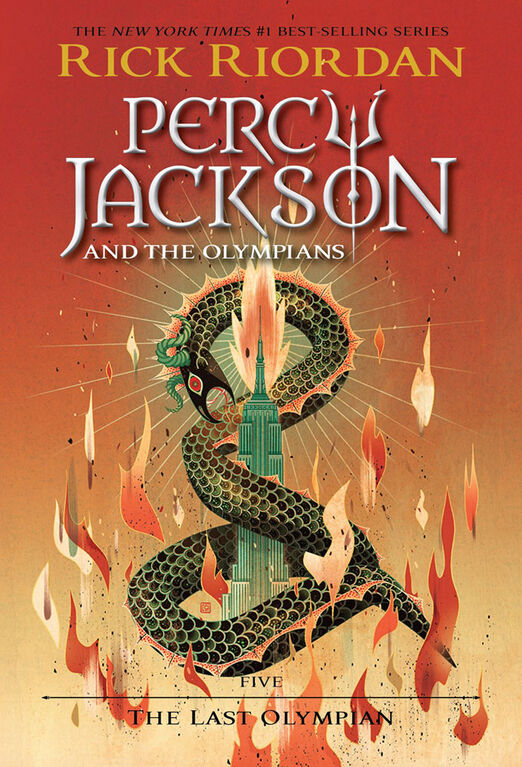 Pinch to zoom
Don't get left behind! Read the Percy Jackson series before the Disney+ series comes out. You'll be proud to be seen with this stunning paperback edition.

*"Riordan masterfully orchestrates the huge cast of characters and manages a coherent, powerful tale at once exciting, philosophical and tear-jerking. The bestselling series's legions of fans will cheer their heroes on and rejoice insuch a compelling conclusion to the saga." --Kirkus Reviews (starred review)

All year the demigods have been preparing for battle against the Titans, knowing the odds are against them. Kronos is stronger than ever, and with every god and half-blood he recruits, his power only grows.

In this momentous final book in the New York Times best-sellingseries, the prophecy surrounding Percy's sixteenth birthday unfolds. And as the battle for Western civilization rages on the streets of Manhattan, Percy faces a terrifying suspicion that he may be fighting against his own fate.

Whether you are new to Percy or a longtime fan, this gorgeous paperback edition is a must-have for your library.

Complete your collection with: