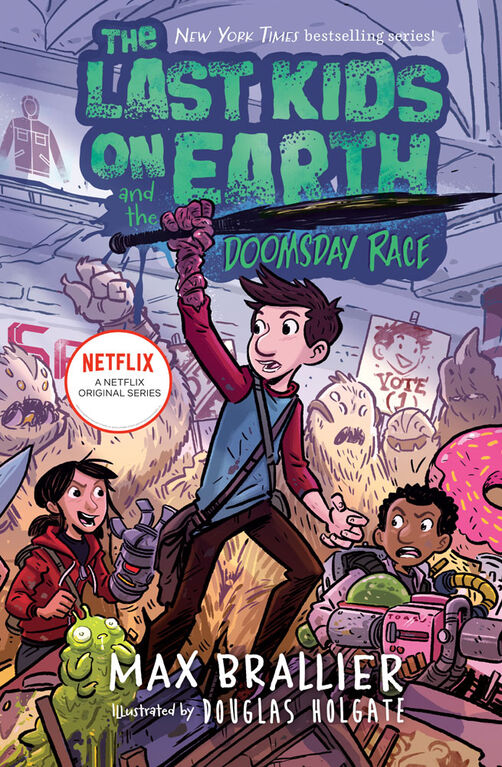 
With his zombie-controlling powers growing stronger, Jack Sullivan and his buddies are road-tripping toward themysteriousTower, where they must once and for all stop Rezzoch the Ancient, Destructor of Worlds, from descending upon our dimension. But theirjourney is sidetrackedwhen they are swept up by the Mallusk, an enormous centipede monster carrying theworld's largest shopping mall on its back.

On board, the kidsdiscover a thriving monster society: Mallusk City! There, theyencounter old allies-as well as old foes, who are ruling overMallusk Citywith an iron fist. Beating these bad guys in battle is not an option, but beating them in an election is... so Jackrunsfor mayor of Mallusk City! At first, proving his leadership skills just means shaking monster hands, kissing monster babies, and promising to fill the water fountains with strawberry Nesquik. But when the Mallusk falls under attack, Jackmustlearn how to be a true leader-before it's too late.

Told in a mixture of text and black-and-white illustration, this is the perfect series for any kid who's ever dreamed of starring in their own comic book or video game.

The Last Kids on Earth and the Doomsday Race - English Edition

The Last Kids on Earth and the Doomsday Race - English Edition