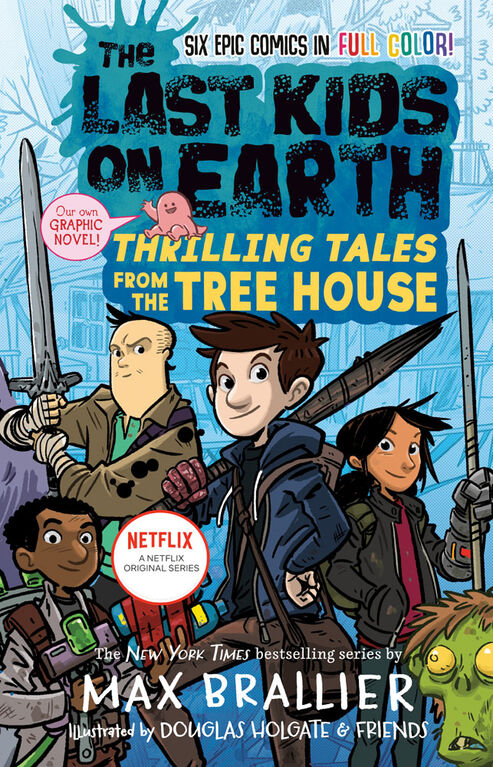 Pinch to zoom
The first ever graphic novel in the New York Times bestselling The Last Kids on Earth series--now with over 7 million copies in print! · A Netflix Original Series

The kids and their monster buddies are hanging out in the tree house, when Jack launches into an epic, totally-heroic, super rad story of one of his many post-apocalyptic adventures. Of course, after he's finished, everyone's eager to one-up his tale with a story of their own. Soon, Quint, Dirk, June and Skaelka, and even Globlet regale the group with sometimes outrageous, often hilarious details of their action-packed escapades during the monster-zombie apocalypse.

The Last Kids on Earth: Thrilling Tales from the Tree House - English Edition

The Last Kids on Earth: Thrilling Tales from the Tree House - English Edition