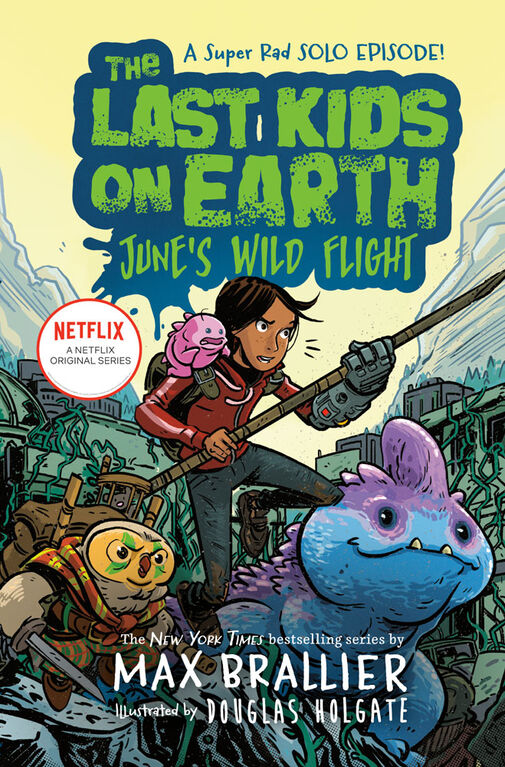 The New York Times, USA Today, and Wall Street Journal bestselling Last Kids on Earth series-now with over 7 million copies in print-presents June Del Toro in her very own adventure!

Told from June's point of view-and set between the shattering events of The Midnight Blade and The Skeleton Road-June's Wild Flight brings new characters, high-stakes action, and stunning revelations in an adventure that could only be June's. An essential Last Kids story that readers won't want to miss!

The Midnight Blade ended with a shocking twist: a long-missing villain has returned and now has an army of the dead at his command! Jack, June, Quint, and Dirk have battled the worst kind of monsters, zombies, and cosmic servants, but an endless horde of animated skeletons is next-level.

While the kids plan their next move, an unexpected threat emerges and June gets separated from her friends, dragged miles away from Wakefield to a town overgrown with monstrous vines and never-before-seen creatures. Drawing on her post-apocalyptic survival and action skills--and with the help of some odd new companions--June attempts to make her way back home. But not before she uncovers critical information about the mysterious "Tower." Information that the future of our world may hinge upon...

Told in a mixture of text and black-and-white illustration, this is the perfect series for any kid who's ever dreamed of starring in their own comic book or video game.