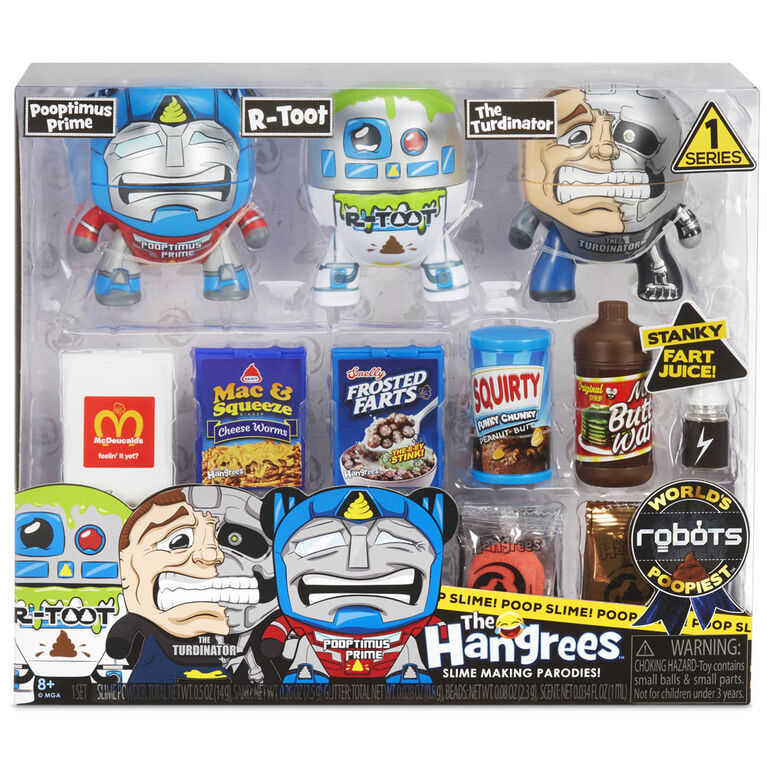 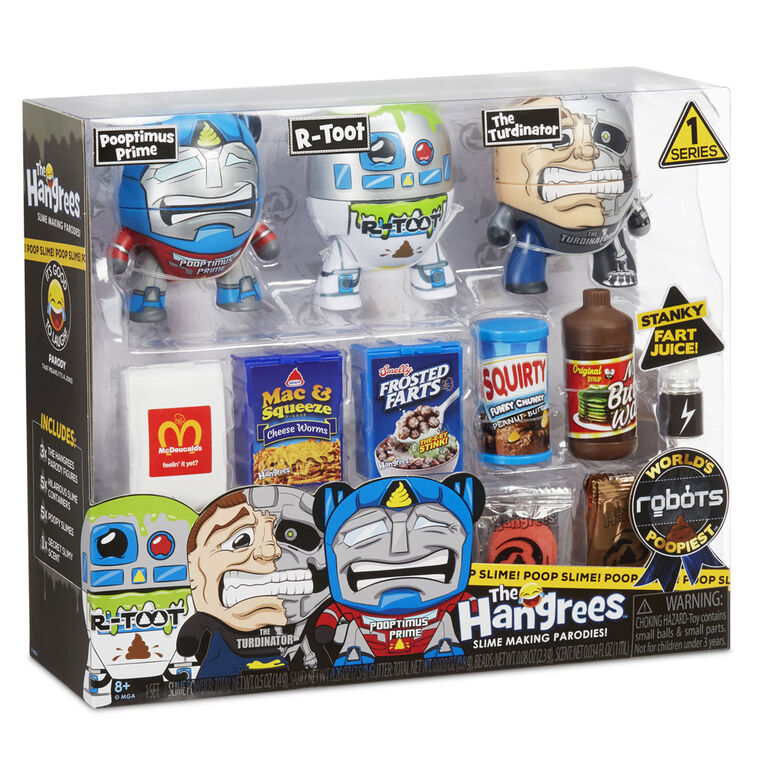 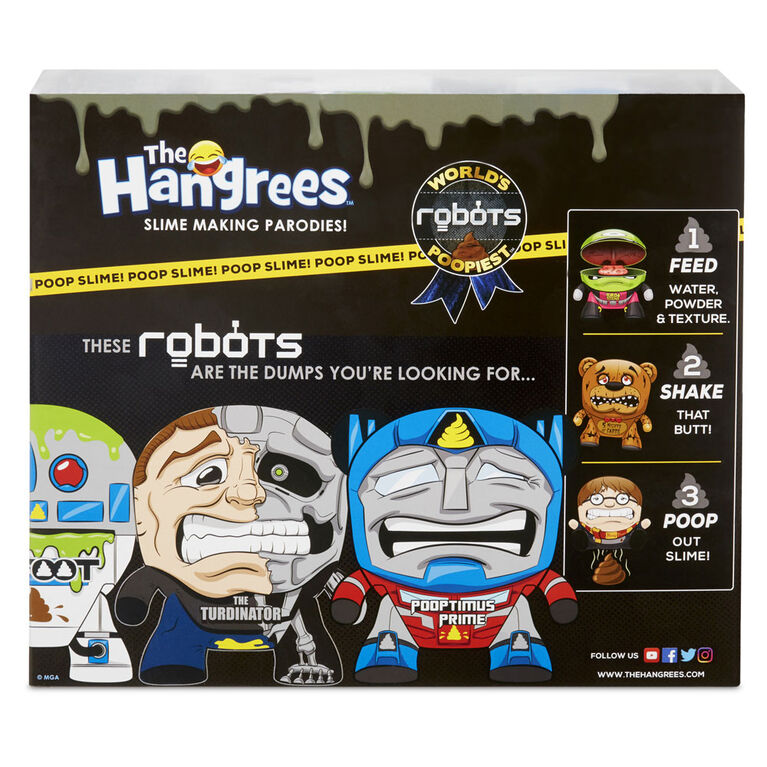 These outrageous, collectible pop culture parody figures are hungry - FEED them their favorite parody food, drinks and snacks. Then SHAKE ‘em up to make them POOP a variety of mystery slime poop!
Each The Hangrees character parodies one of kids' favorite movies, video games, snacks and more because It's Good to Laugh!
There are 35+ The Hangrees figures to collect, including the special rare "metallic" characters, too!
Welcome to the wacky and weird world of The Hangrees where everything stinks! Whether it's 23-movie-long franchises where the world is always ending in EVERY MOVIE, battle royale video games that are ALL THE SAME, or TV shows bringing back soda from the 1980's that nobody wants to drink, it's all a big pile of turds.
You know it, we know it, and these corporate bigwigs are just mad that we're pointing it out with hilarious parody figures.

The Hangrees figures are parodies of your favorite pop culture brands, movies, video games, and more - based on famous robot characters!

What's that leaking out their buns? Mix the included slime powder and texture with warm water inside your The Hangrees figures to create your own mystery poop slime!