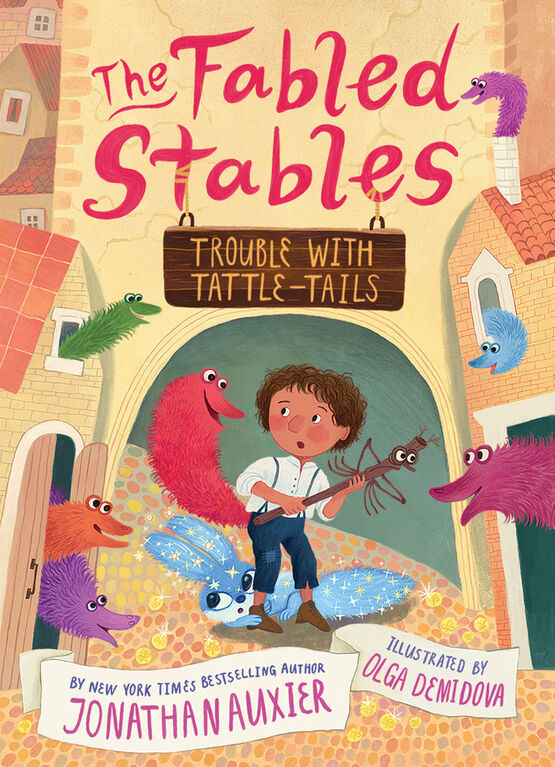 Pinch to zoom
The second book in the magical chapter-book adventure series by the Governor General Award-winning author of Sweep.

Auggie was just like most other boys, except in one way. Auggie had a job. Auggie worked in the Fabled Stables - a magical place full of one-of-a-kind creatures. Sometimes the Fabled Stables changed to make room for a new beast. The whole place would shake, and then Auggie would find a new stall that led to a beast somewhere in the Wide World. It was Auggie's job to go out and rescue that beast from danger. In this second installment, a new stall appears with a sign: Tattle-Tail. Although this doesn't sound like a very friendly thing, Auggie knows it's his job to help. Peering in the new stall, he can see a little village with a tall tower in the middle. The Tattle-Tail is somewhere in that village. Together with Willa the Wisp and Fen, the stick-in-the-mud, Auggie makes his way to the village, where he's surprised to discover not one, but many Tattle-Tails - all of the villagers have a talking tail attached to them, tails that tattle on their humans, blabbing all their secrets out loud. Auggie and Willa try everything they can to get the tails off the villagers, but all they manage to do is get tails of their own!