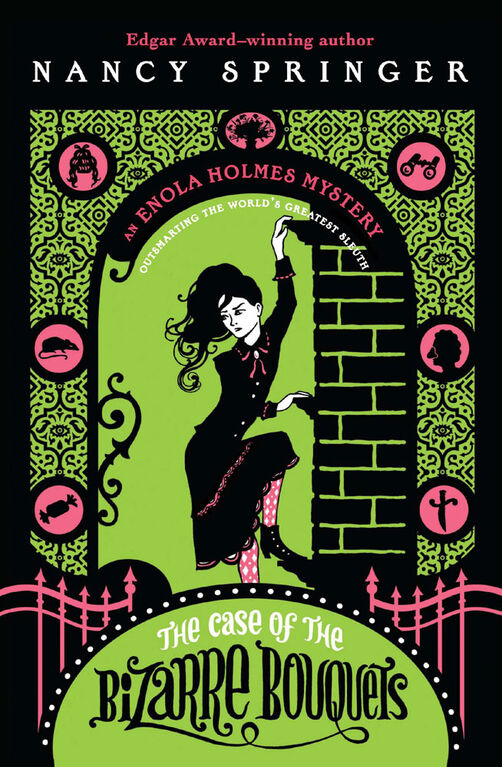 Everyone knows Dr. Watson is Sherlock Holmes's right-hand man, so when he goes missing, it's a shock. Even Sherlock hasn't the slightest clue as to where he could be. Enola is intrigued but wary; she's still hiding from her older brothers, and getting involved could prove to be disastrous. But Enola can't help but investigate, especially when she learns that a bizarre bouquet--with flowers all symbolizing death--has been delivered to the Watson residence. Enola knows she must act quickly, but can she find Dr. Watson in time?


Praise for Enola Holmes: The Case of the Missing Marquess:

"Empowered, capable, and smart . . . [with] an impactful message that you can do anything if you set your mind to it."--Millie Bobby Brown, Stranger Things

The Case of the Bizarre Bouquets - English Edition

The Case of the Bizarre Bouquets - English Edition