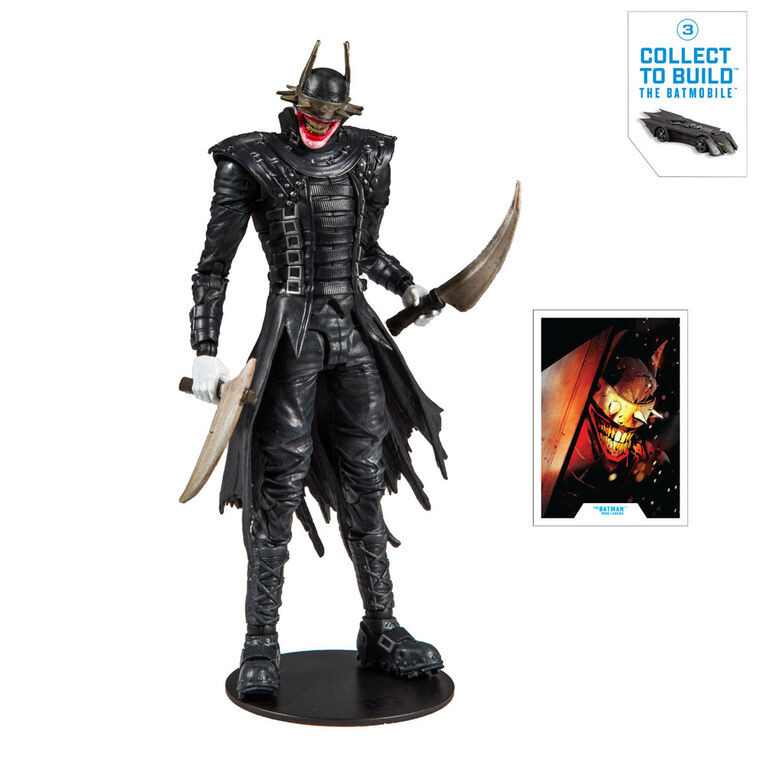 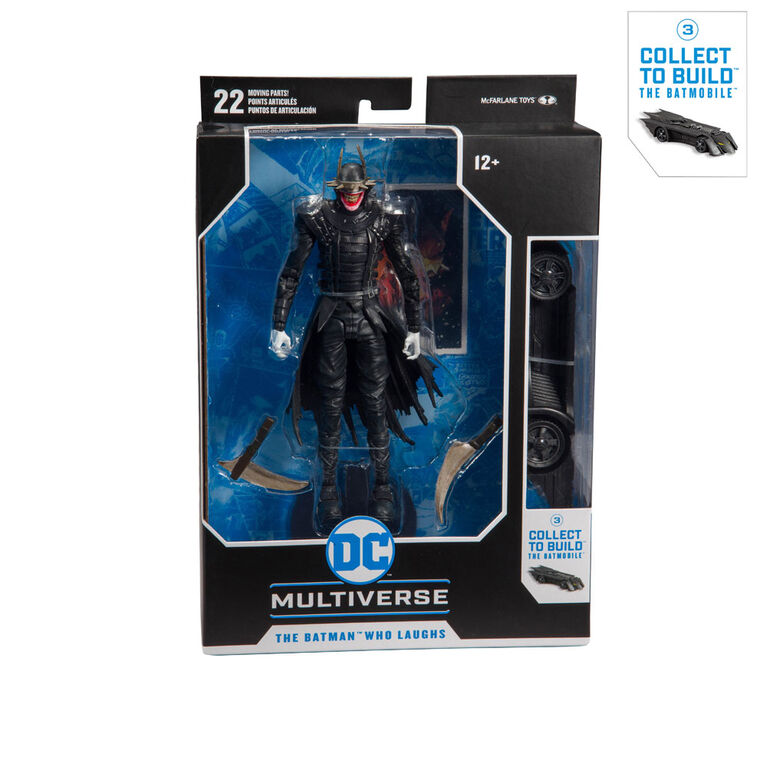 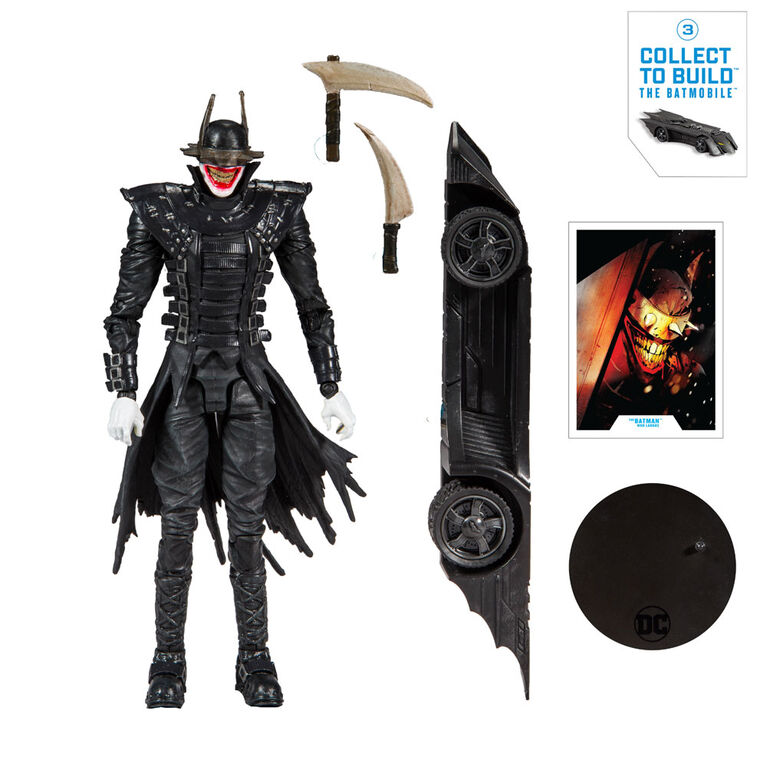 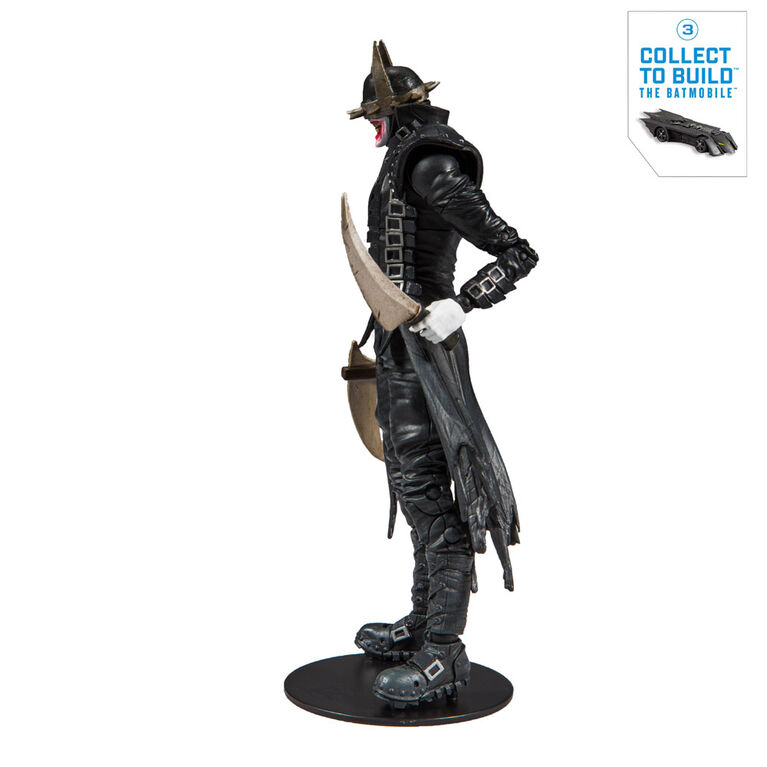 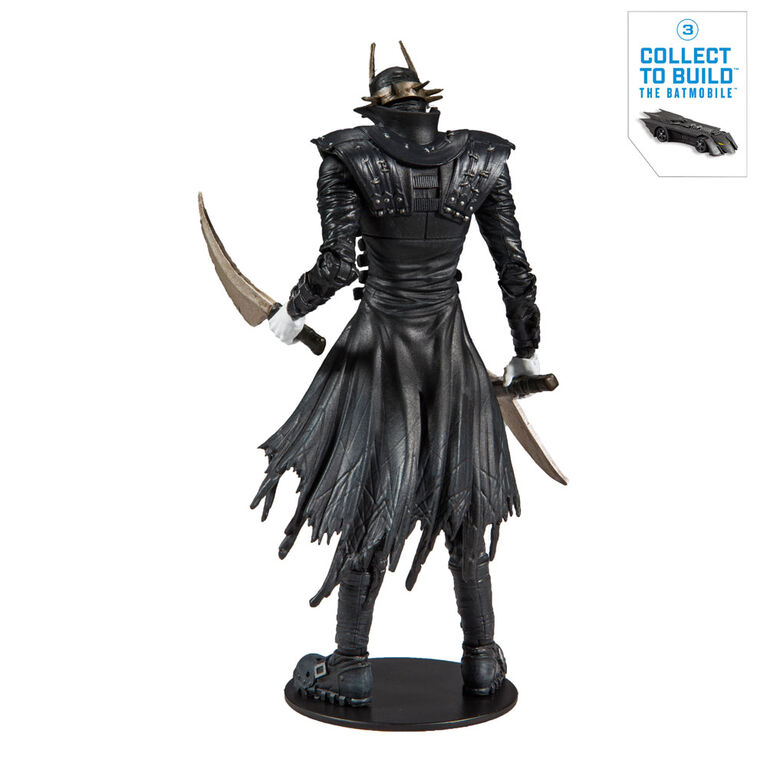 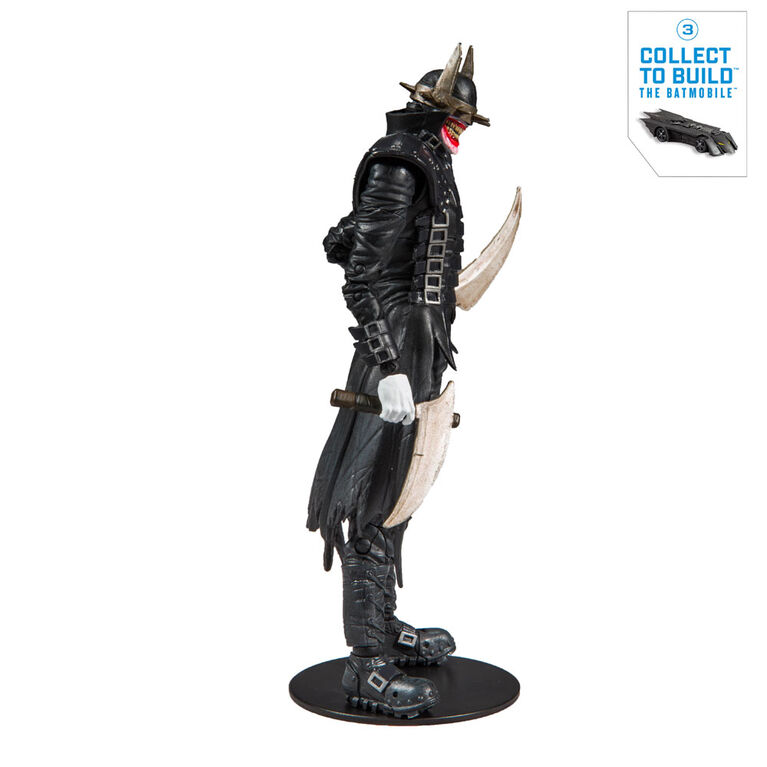 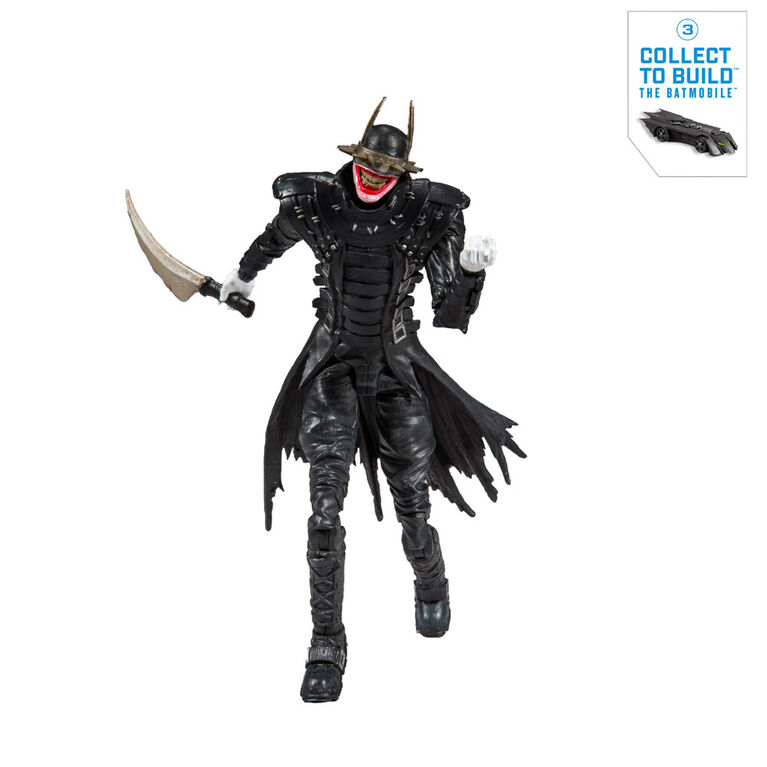 The Batman Who Laughs

The Batman Who Laughs

Born from the nightmares of the Dark Multiverse, the Batman Who Laughs is a hybrid version of the Batman and The Joker from Earth-22. This twisted version of Batman was created when nanotoxins from The Joker's heart were released into Bruce Wayne's bloodstream, causing the Dark Knight's perfect mind to merge with the warped psyche of the Clown Prince of Crime. He soon became part of an attempt to plunge the entire Multiverse into ultraviolence, chaos, and utter darkness. After being initially defeated, the Batman Who Laughs managed to survive and remains a threat to the greatest heroes of the Multiverse.

The Batman Who Laughs accessories include a Knife and a Sickle

Included collectable art card with The Batman Who Laughs artwork on the front, and character biography on the back

The Batman Who Laughs is part of a 3-figure collector set, that includes a piece of a Build-A-Batmobile featured in the DC Rebirth comic

Collect all 3 figures; Batgirl, Nightwing and the Batman Who Laughs to fully assemble the bonus Batmobile. Figures sold separately. Batmobile features rolling wheels and is 7 inches in length when fully assembled