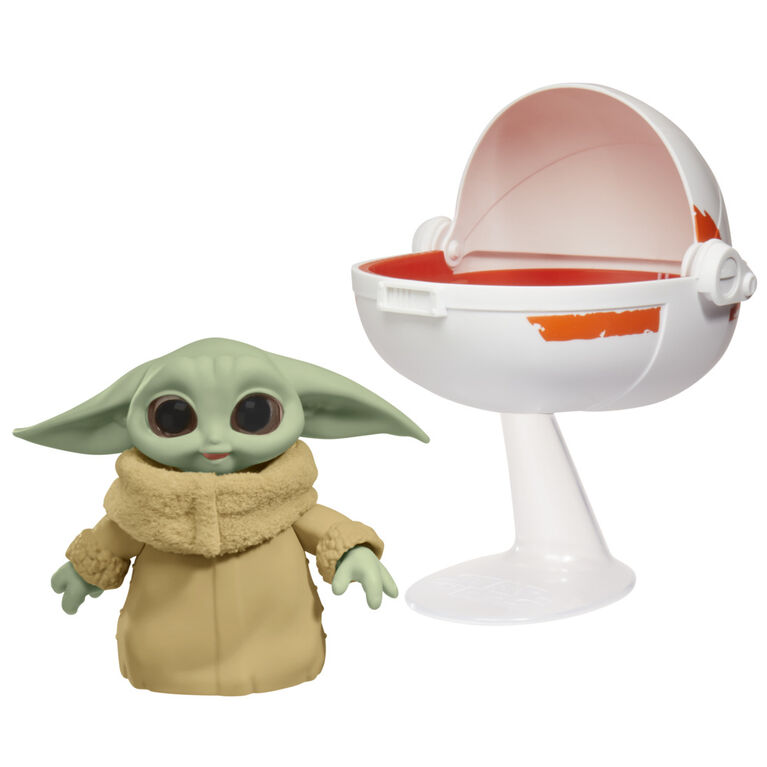 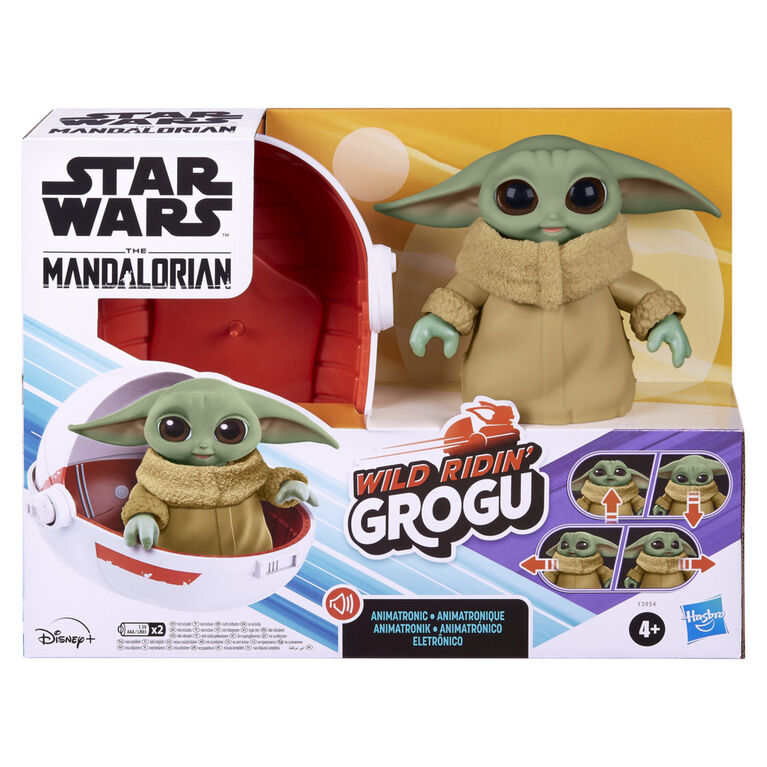 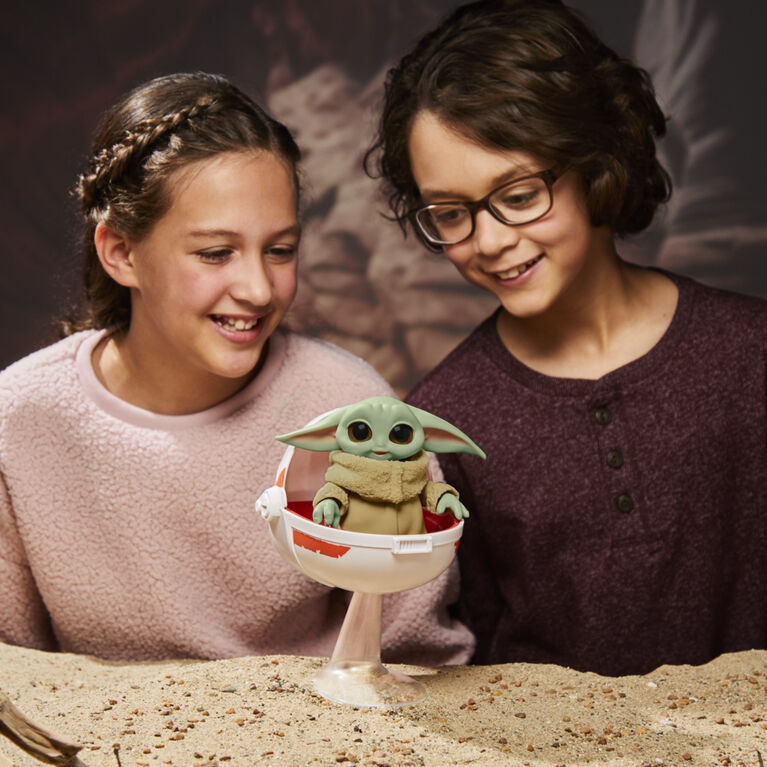 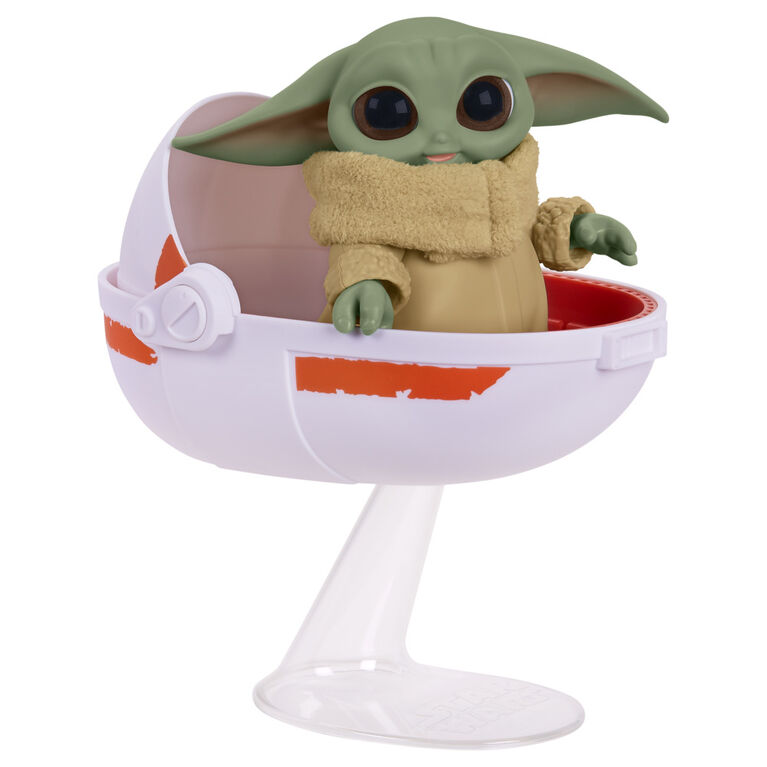 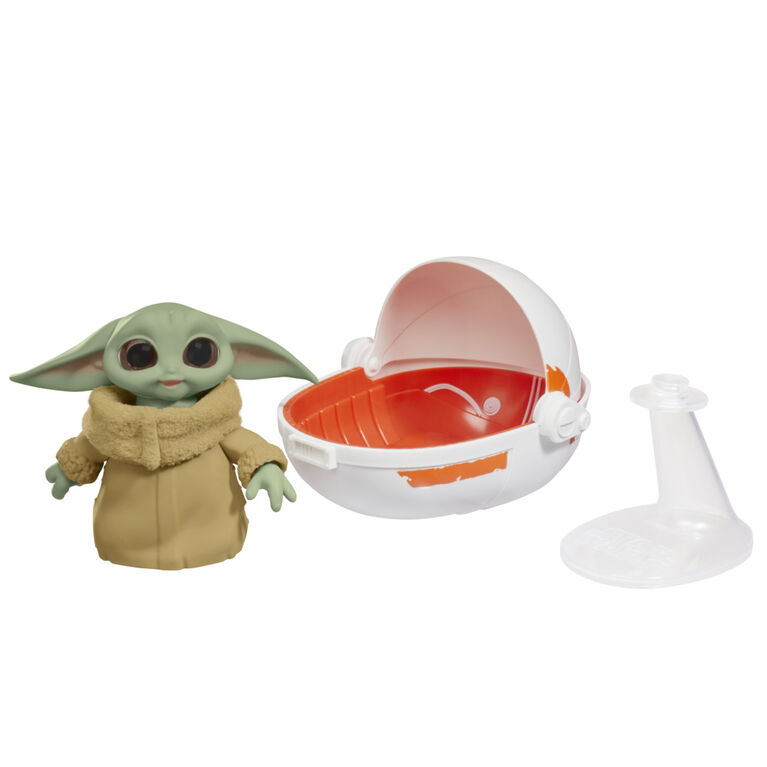 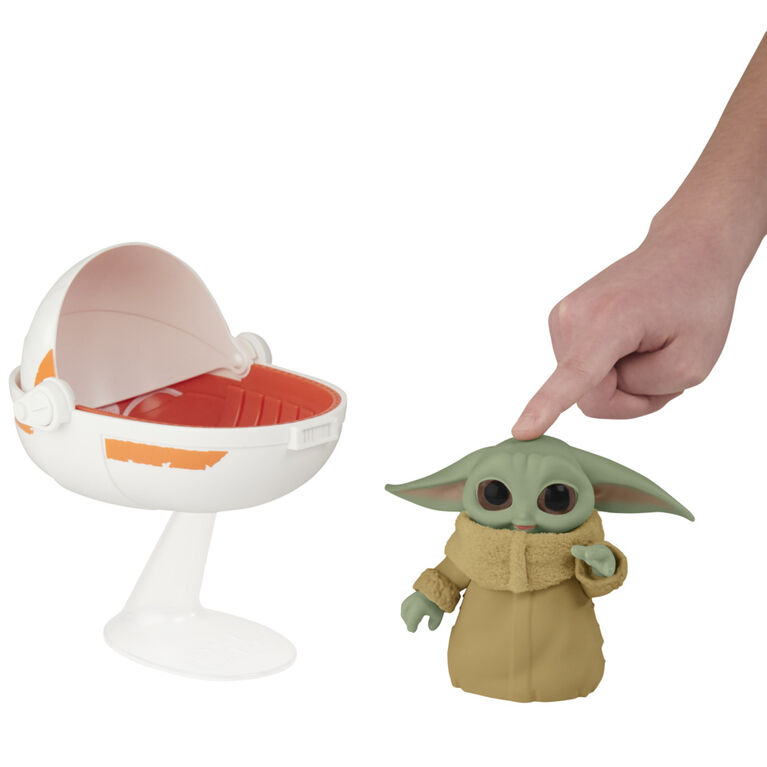 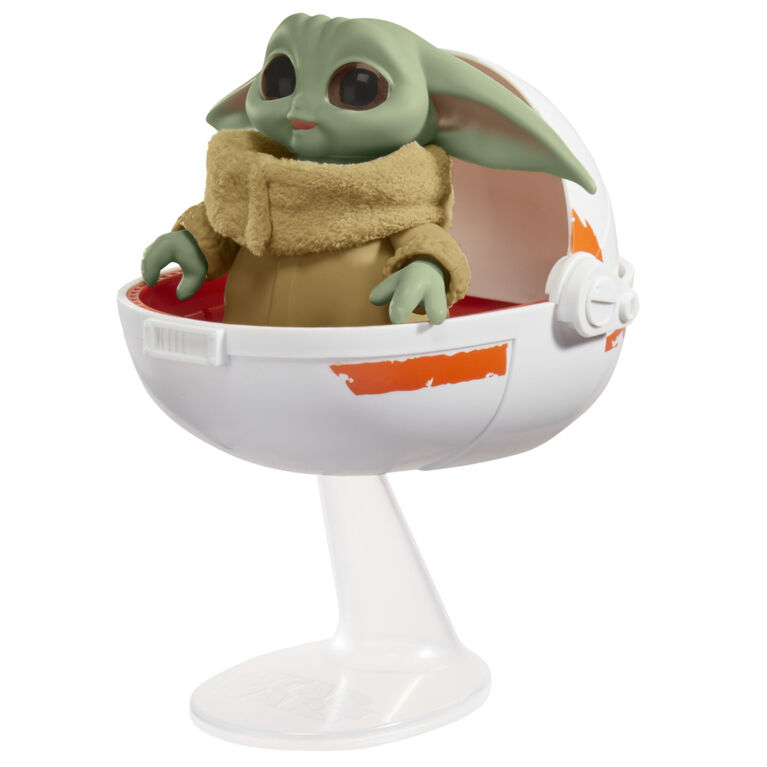 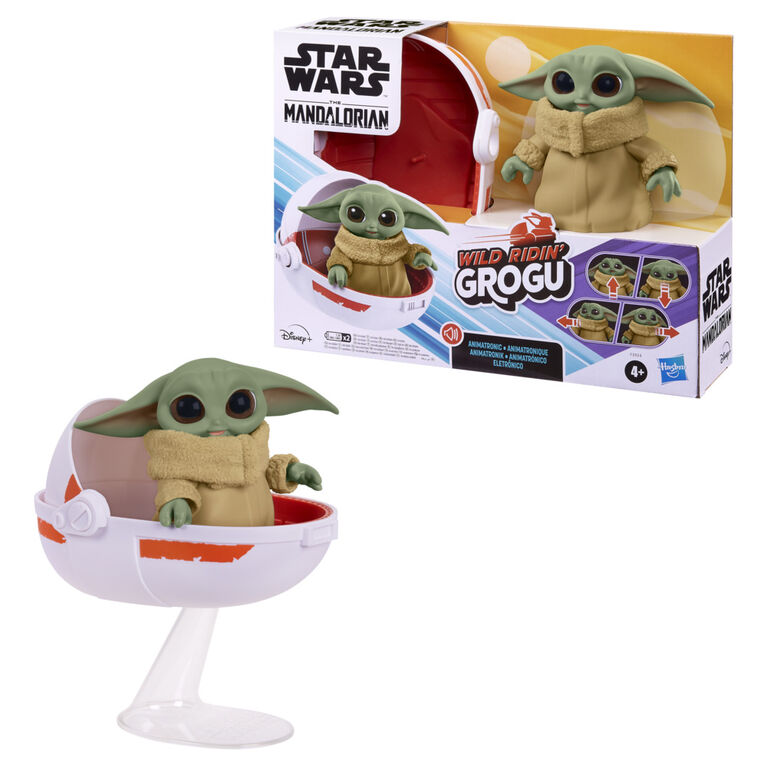 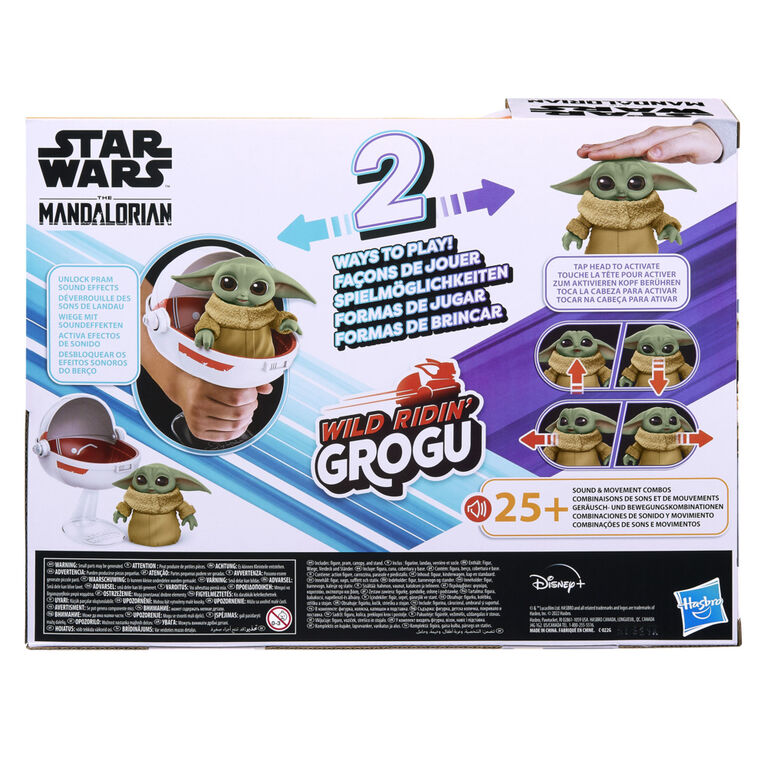 
Bring home the most sought-after bounty in the galaxy with the Star Wars Wild Ridin' Grogu interactive figure and hover pram. This Star Wars toy features design and deco inspired by The Mandalorian live-action series on Disney+. Kids ages 4 and up can imagine taking Grogu (The Child), affectionately referred to by fans as Baby Yoda, on galactic adventures or recreate their favorite Star Wars moments. Tap Grogu's head, flip him upside down, lay him on his back, or place him in his hover pram to unlock more than 25 sound and movement combinations. Listen to Grogu giggle, watch him move his head, and activate fun flying sounds when Grogu moves with his hover pram. This animatronic toy includes a premium soft goods collar, soft-touch head and ears, pram, canopy, and hover pram stand. Star Wars products are produced by Hasbro under license from Lucasfilm Ltd. Hasbro and all related terms are trademarks of Hasbro.