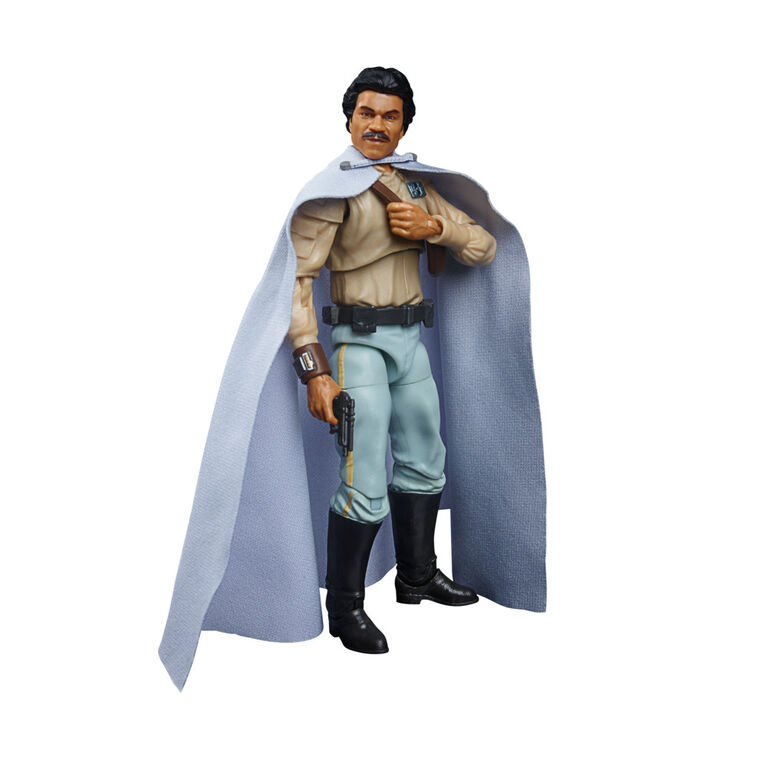 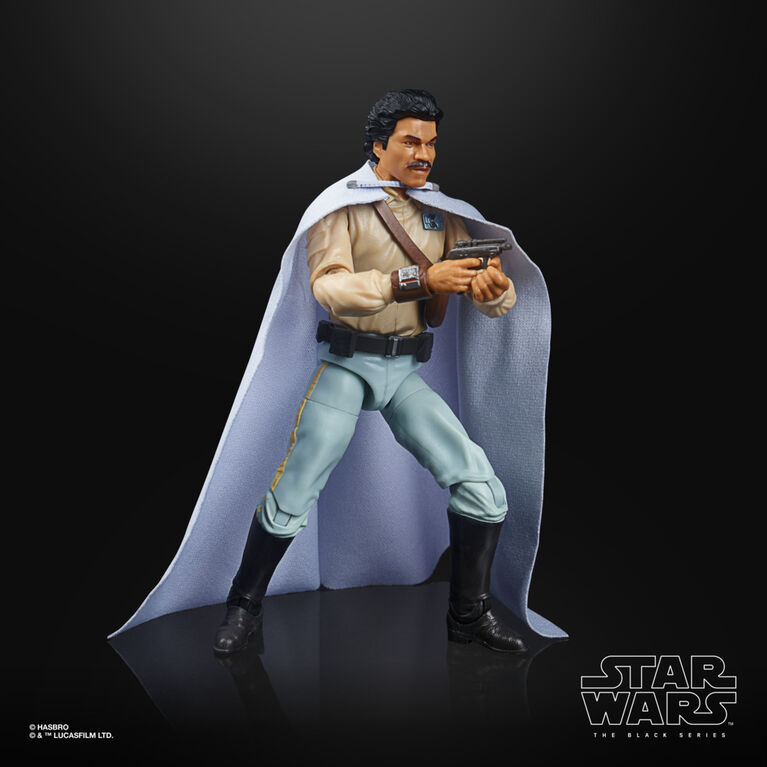 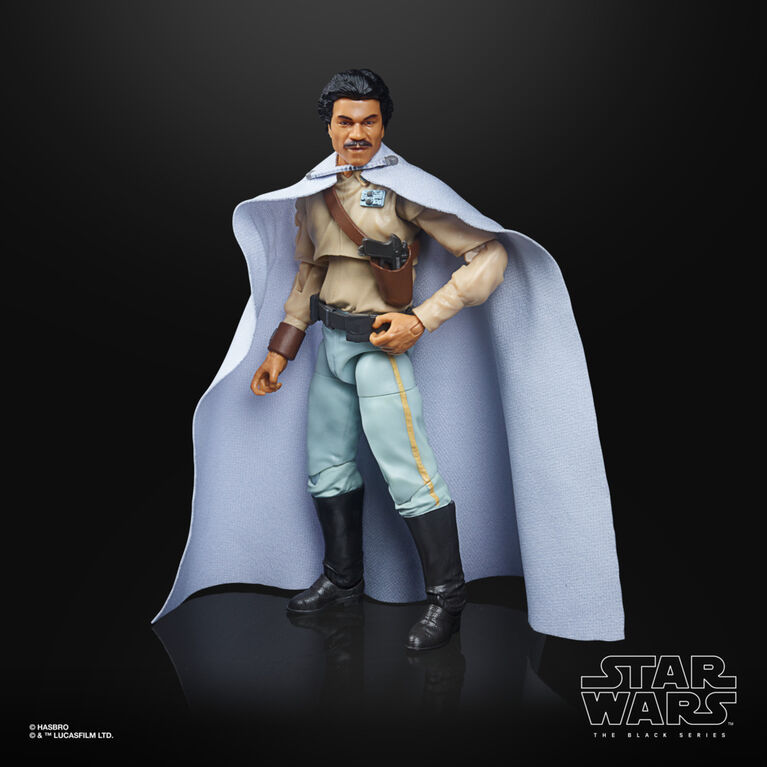 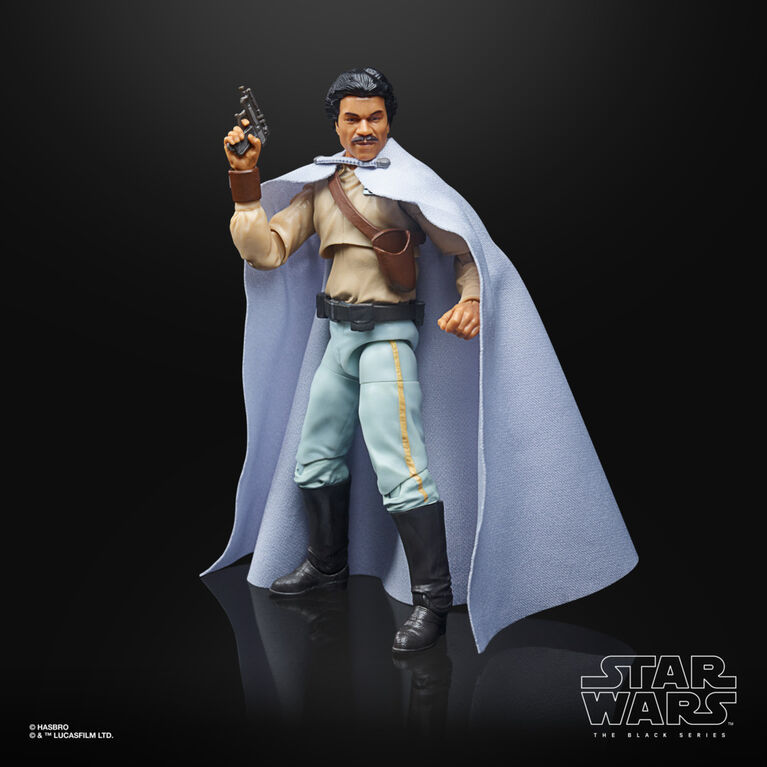 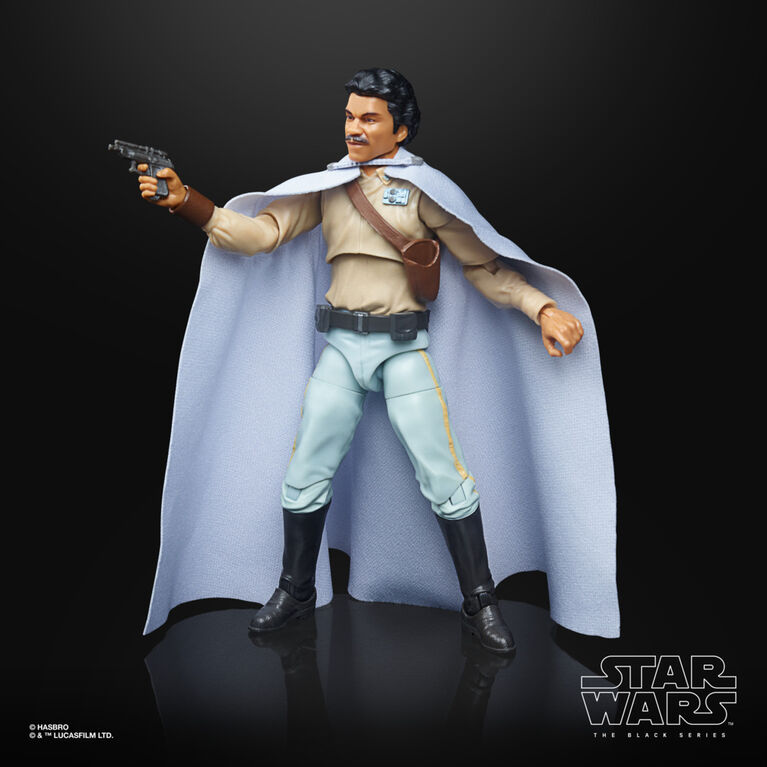 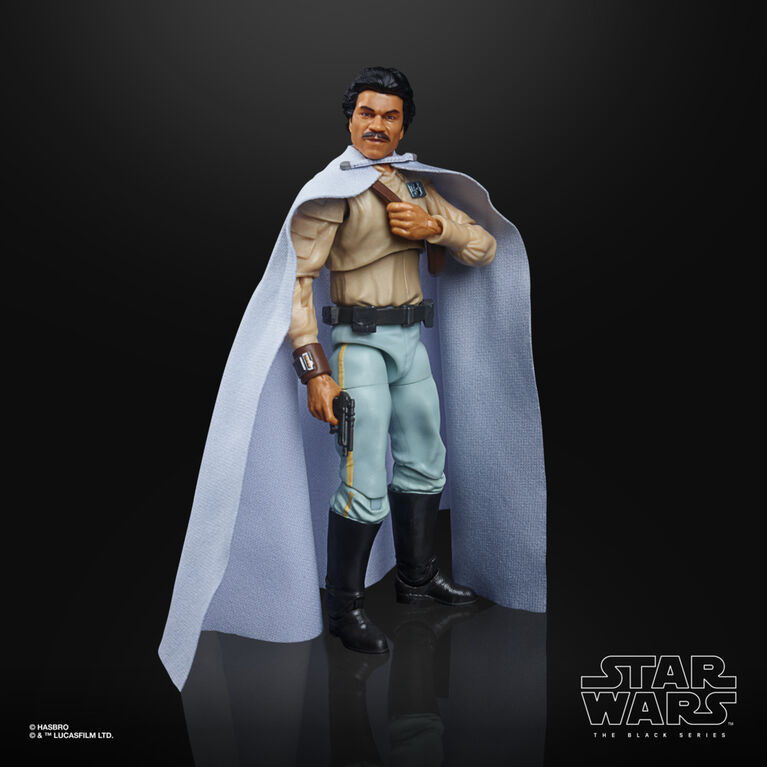 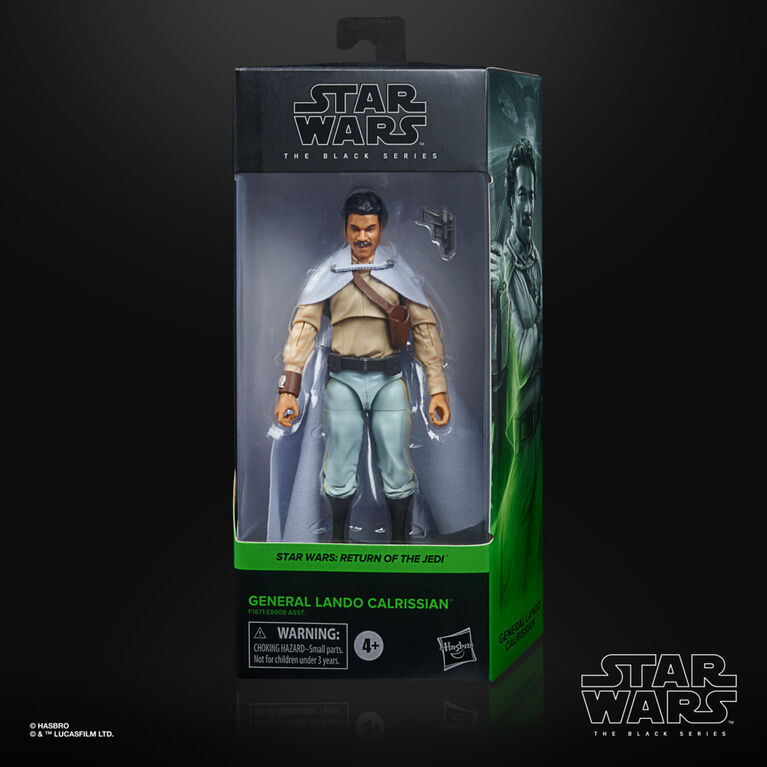 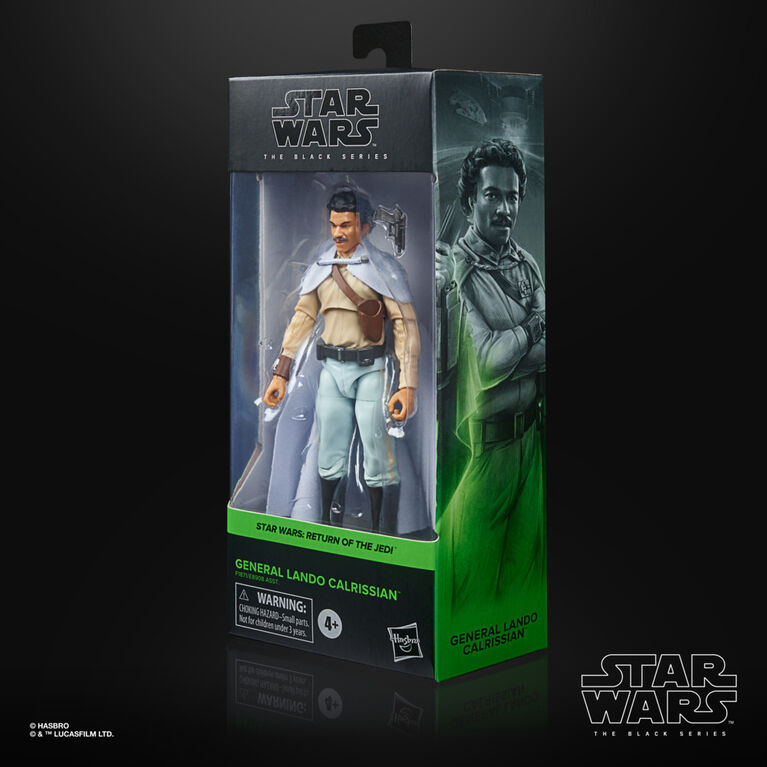 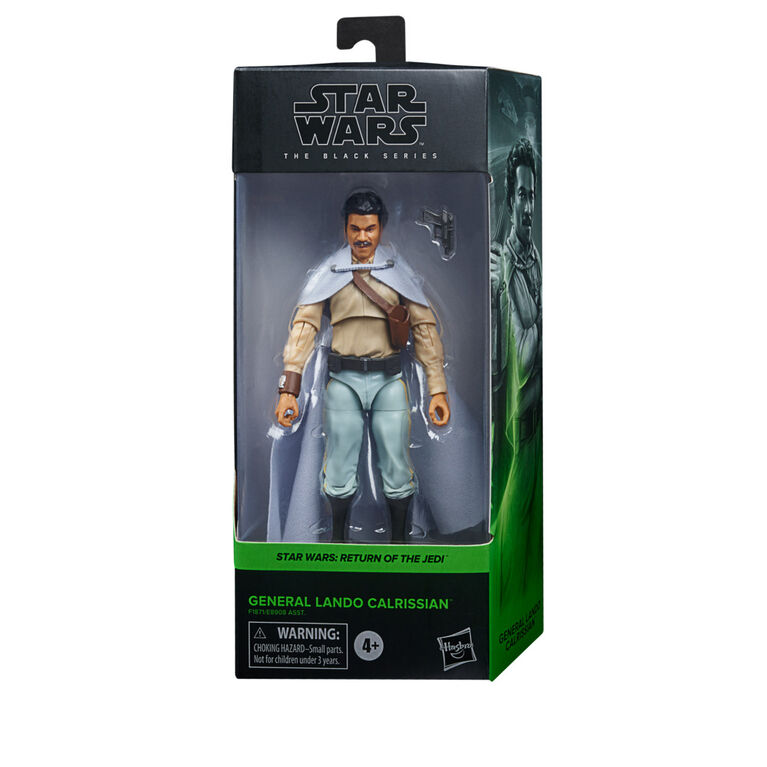 The 6-inch-scale Black Series figure is detailed to look like the General Lando Calrissian character from Star Wars: Return of the Jedi, featuring premium detail and multiple points of articulation.