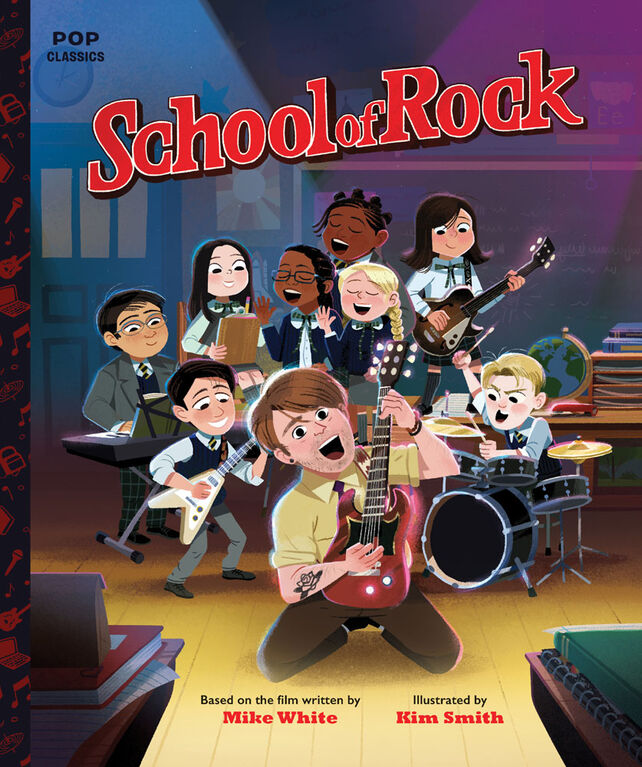 Pinch to zoom
For those about to read . . . we salute you! The zany and much-beloved comedy-musical film about pint-sized rockers sticking it to the man is now an adorable picture book!

It's just another ordinary day at Horace Green Prep School, and the students think they're getting just another ordinary substitute teacher. Instead, Dewey Finn, a washed-up musician with dreams of greatness, whisks them away on a totally rocking adventure. After Dewey hears the kids practicing in music class, he discovers how talented they are and realizes he has another chance at his greatest dream: winning the Battle of the Bands. But when the parents discover what Dewey has been teaching their kids, will the School of Rock even be able to compete?

With all the iconic moments and laugh-out-loud lines from the film included, the book's charm and spirit shines on every page. This delightful story of a diverse and passionate group of children coming into their own is a must-have for fans of the film, parents of musical kids, and anyone who's ever stuck it to the man!