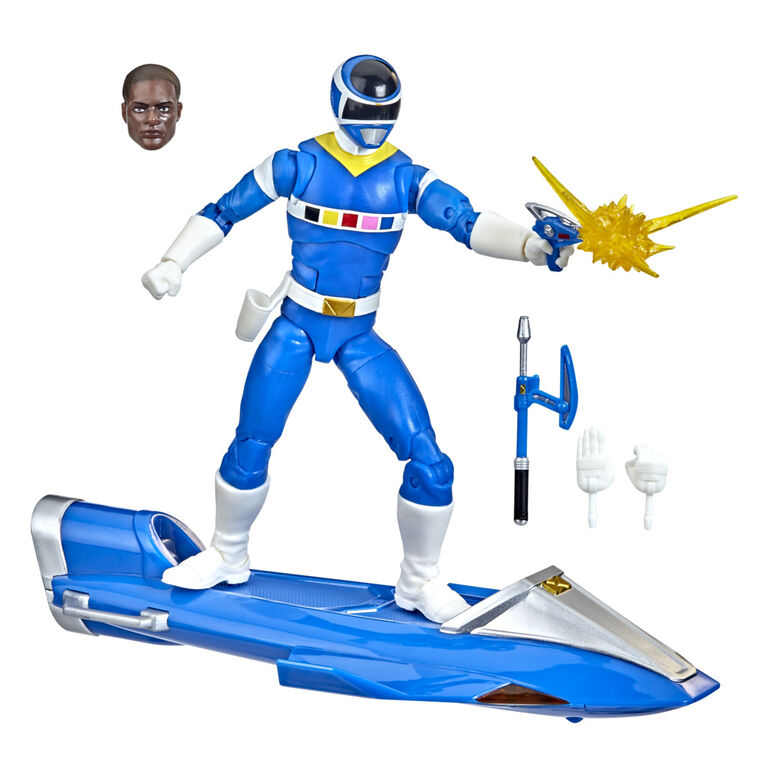 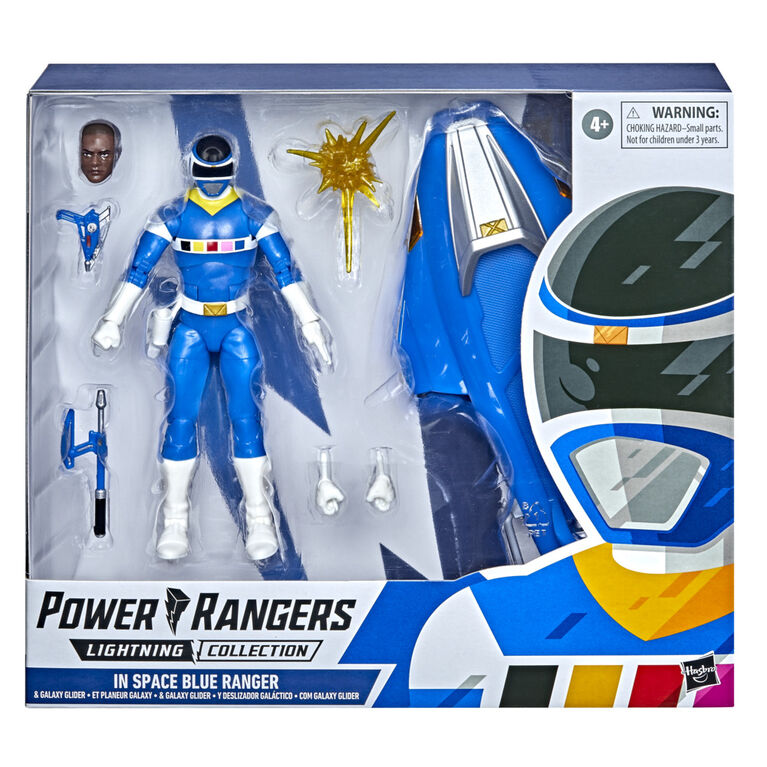 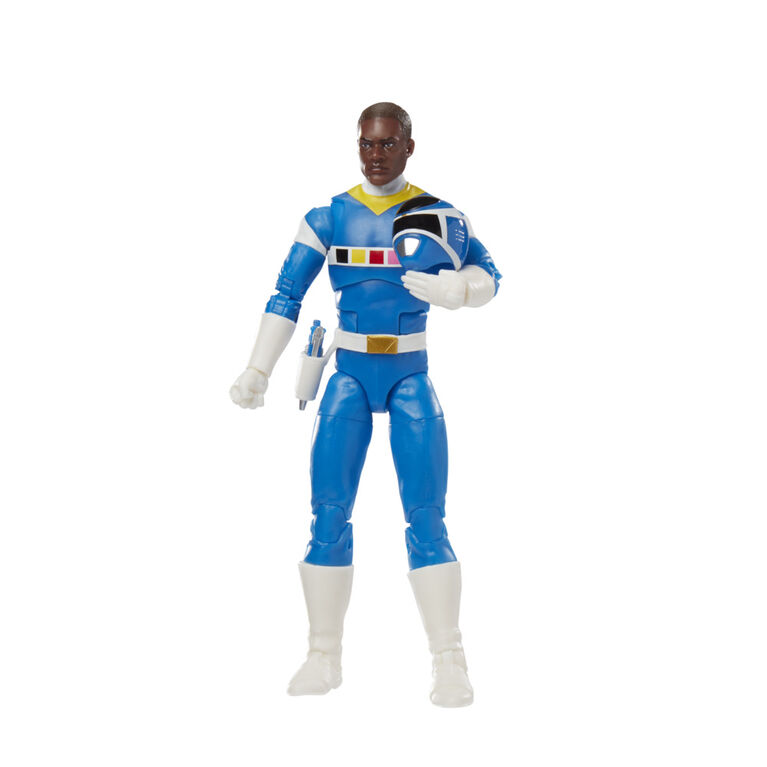 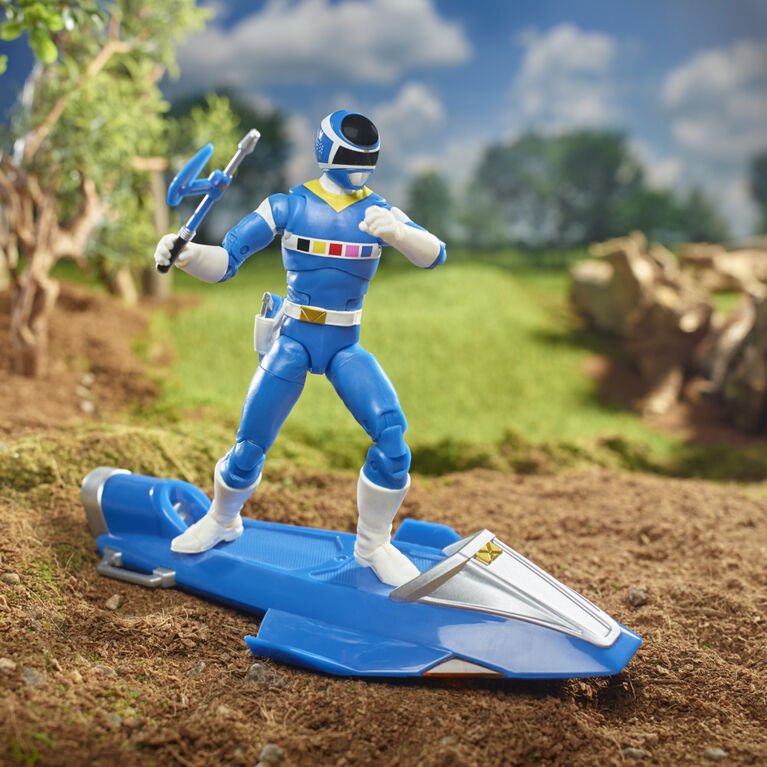 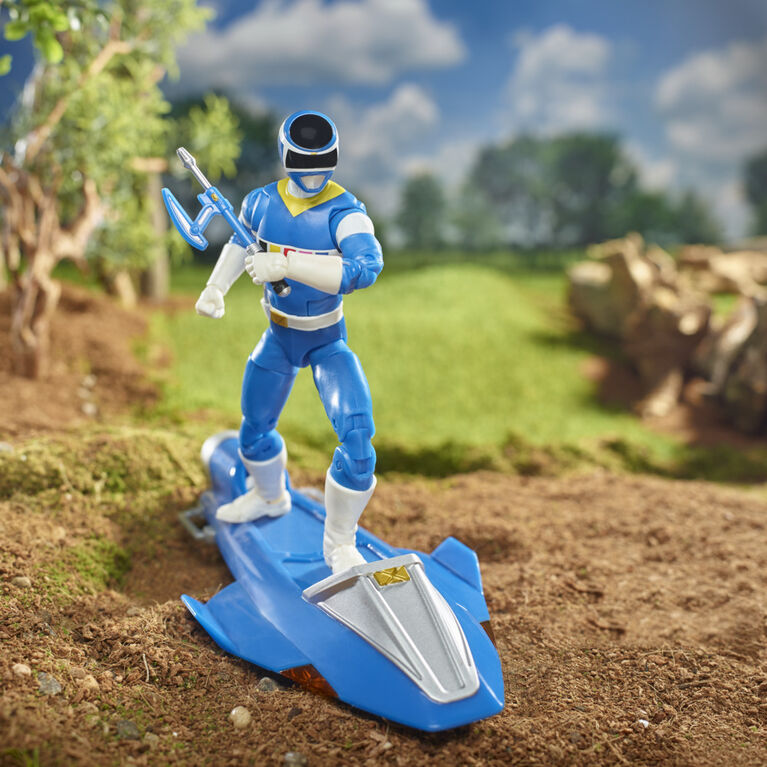 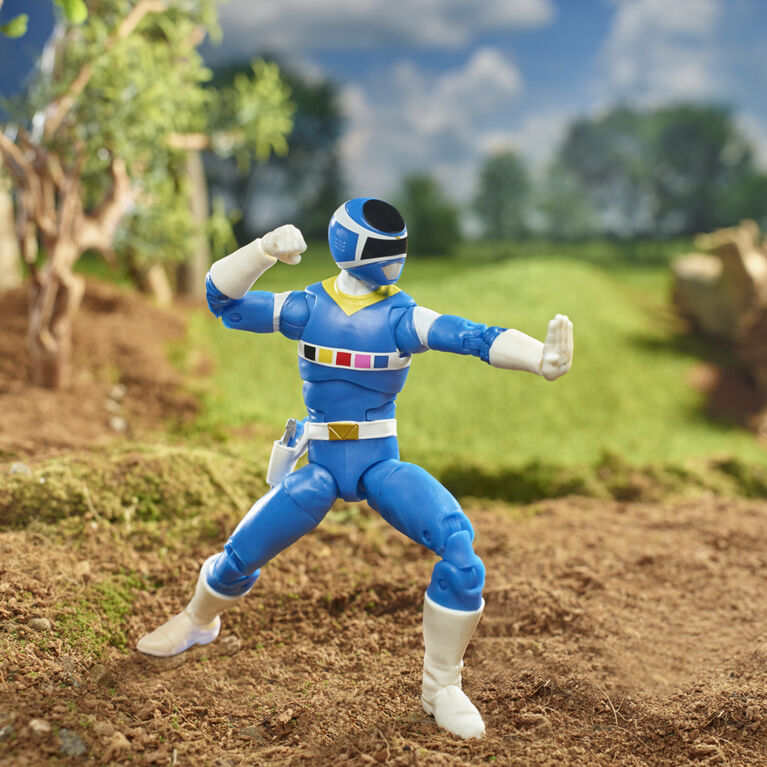 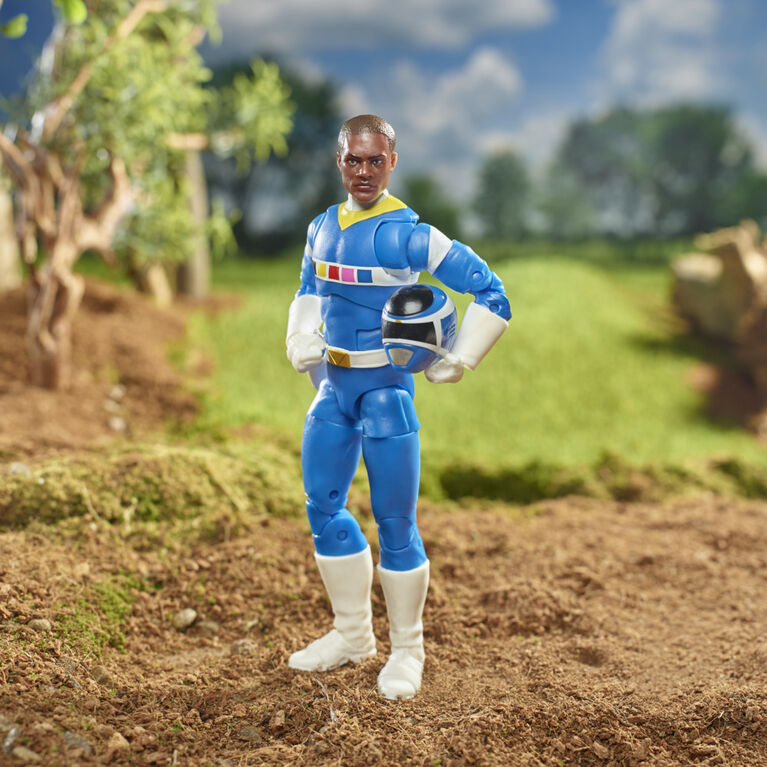 
This 6-inch Lightning Collection In Space Blue Ranger and Galaxy Glider figure features premium paint and decorative details inspired by the show, over 20 points of articulation for high poseability, swappable heads to display the Ranger with or without his helmet, Astro Axe, and Astro Blaster, accessories with blast effect piece, and an extra pair of hands for more ways to play or display. Go Go Power Rangers!