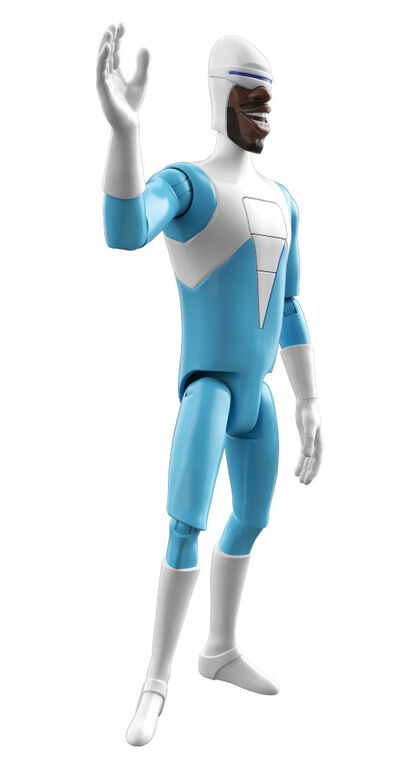 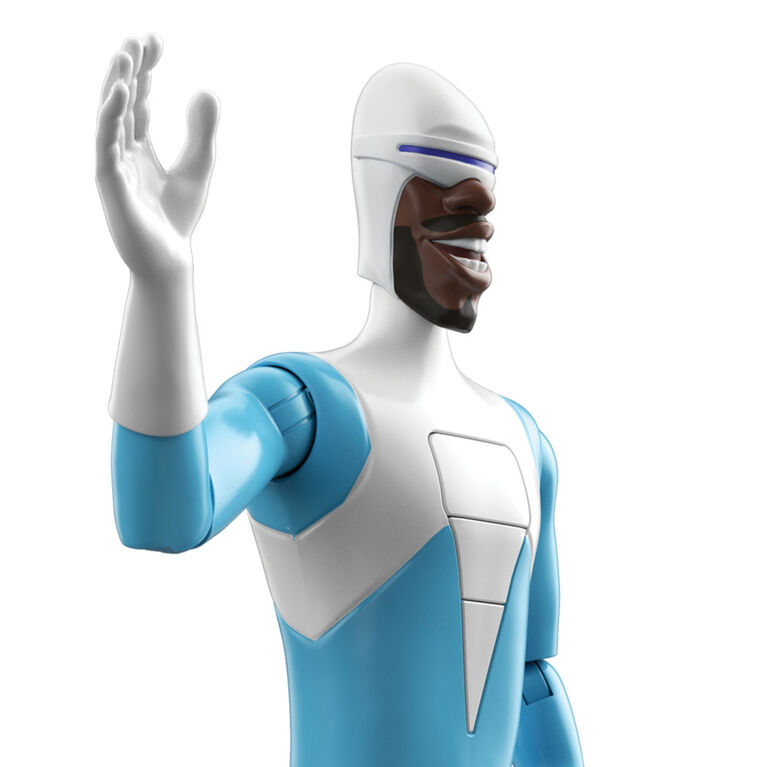 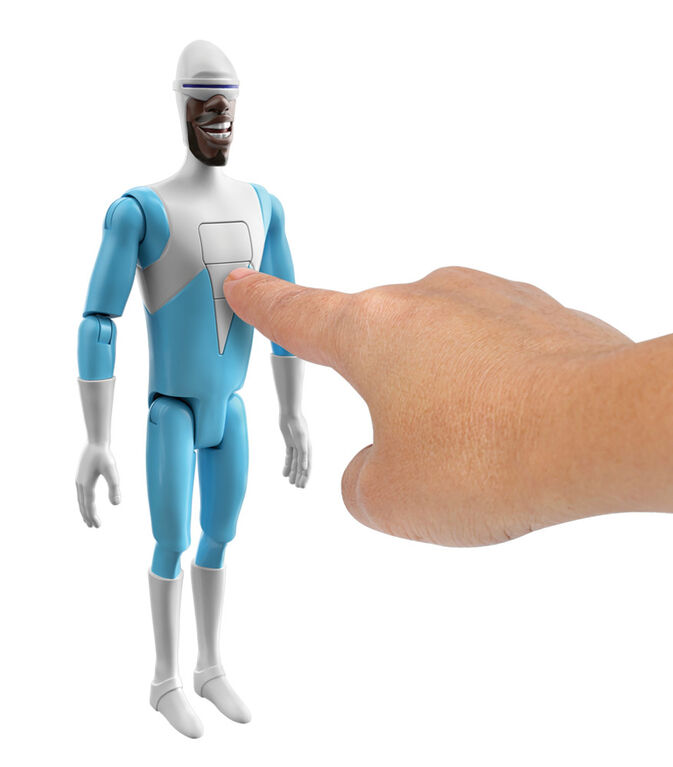 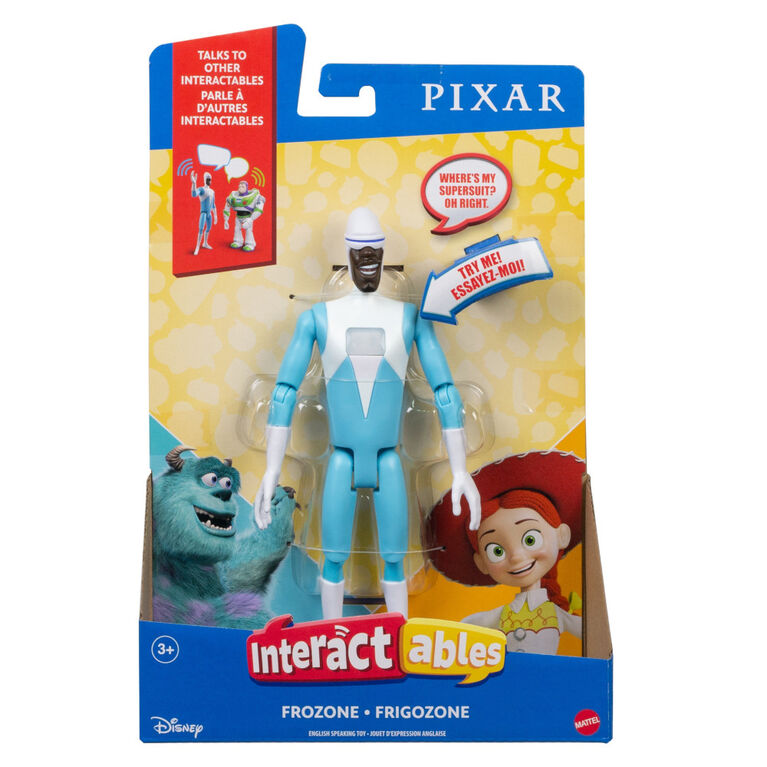 Pinch to zoom
This Frozone Interactables figure not only recognizes supers from The Incredibles, but also greets and converses with characters from across the Pixar universe! Whether he's reminiscing about past adventures with super friends from The Incredibles, reigniting verbal battles with his greatest foe, or greeting a new encounter from a different Disney and Pixar movie, he inspires heroic cross-movie conversation and play! He's got something to say to everyone - just press the button and listen. The 8-inch (20.3-cm) tall figure is highly posable, whether recreating signature moves of the coolest hero of them all or starring in a multi-character display. Colors and decorations may vary.