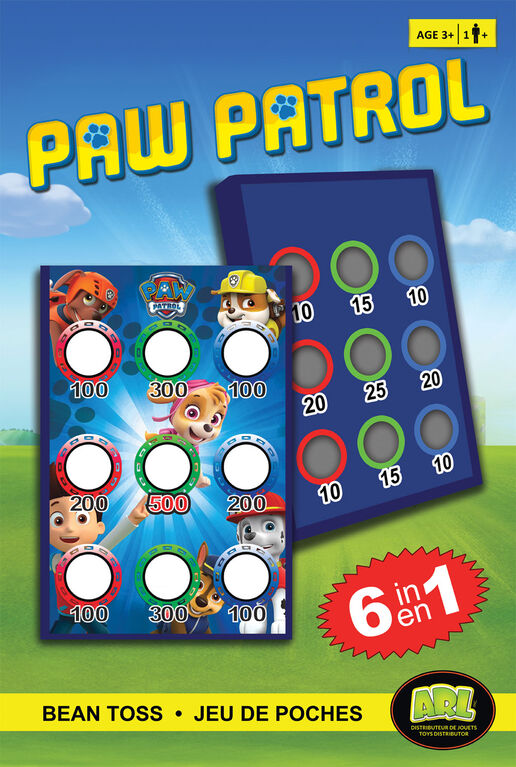 HOW TO PLAY BEAN TOSS PATROL

THE MISSION
To be the first player to achieve the determined score. The game can be played either as a team, in doubles or individually.

DETERMINE THE DISTANCE
Each player must place himself 2 meters away from the game board then throw the sandbags in the holes. The distance can be determined at the beginning of each game depending on the age of the players.

HOW TO PLAY
Throw the sandbags in the holes of the game board. The more sandbags that enters the holes, the more points you get. Note: The sandbags must fully enter the hole to score points. We suggest a target of 300 points for the panel with small numbers and 3000 points for the panel with large numbers. You can of course choose another goal, as long as all players agree. Each player plays the four sandbags. After his four throws, the player adds up and registers his total amount of points on paper. The next players do the same.. The first player to reach the designated score wins the game.

You can create your own variations of the game for more fun!
Have fun and have a great game!