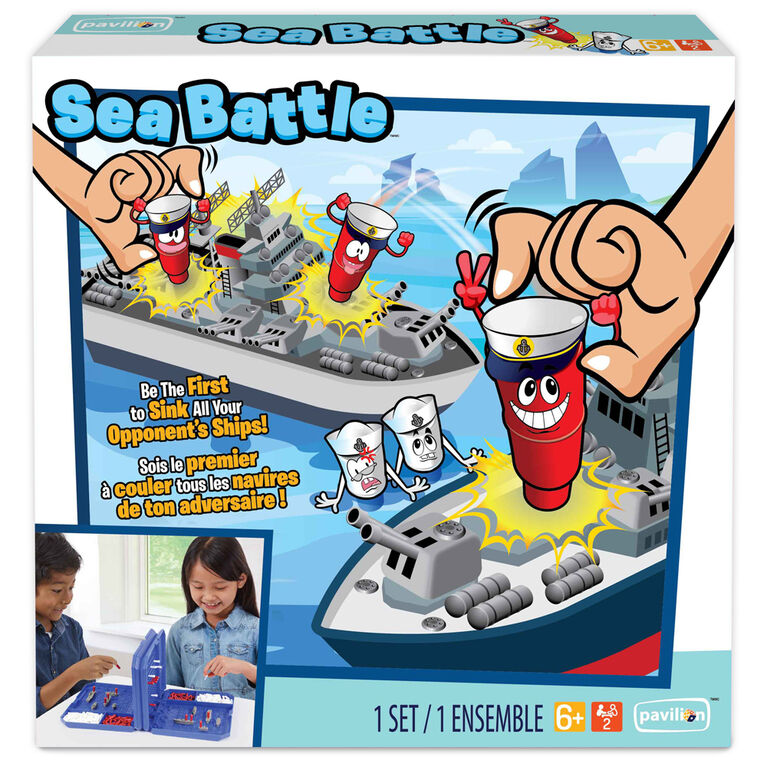 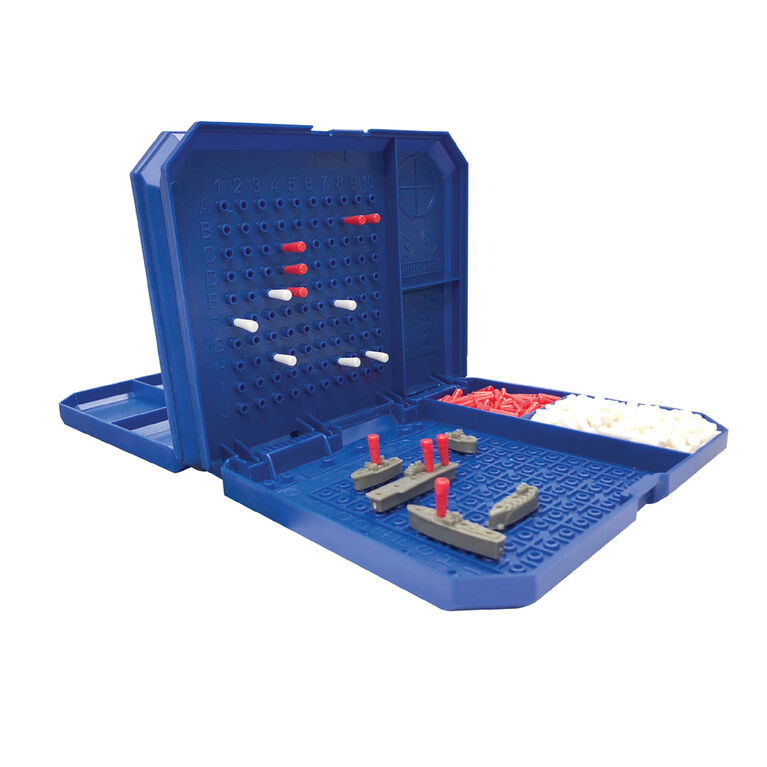 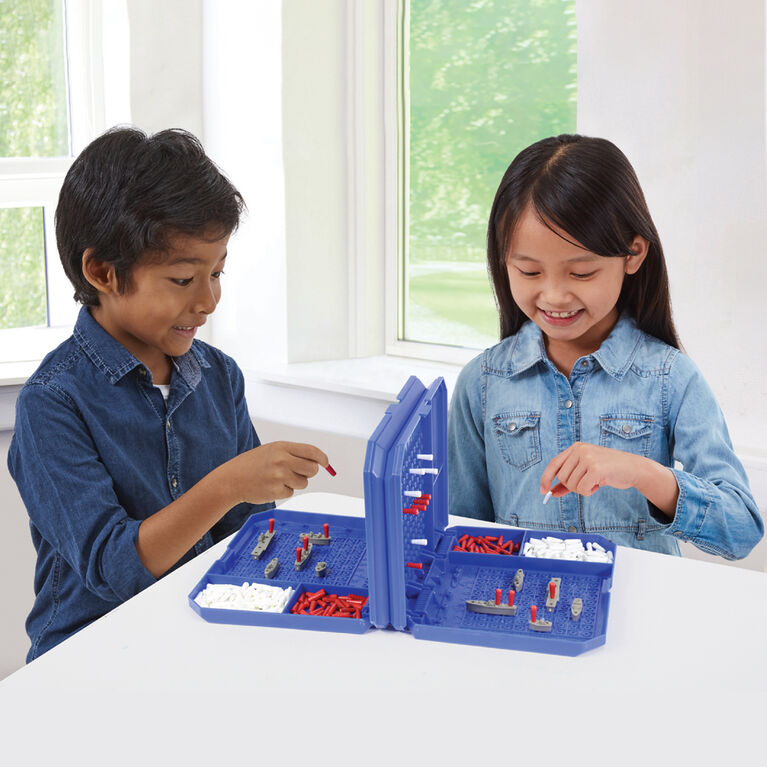 Pinch to zoom
Sea Battle is an intense game of head-to-head naval combat, where players search and destroy their opponents fleet of ships. Position your ships at the start of each game in a strategic way to avoid detection. Players take turns announcing coordinates of each strike, hoping to make contact with one of their opponents ships. If a shot is successful, record it with red pegs on the map. White pegs indicate a missed shot. Who will be the master of the sea? For 2 players. Recommended for ages 6 and over.