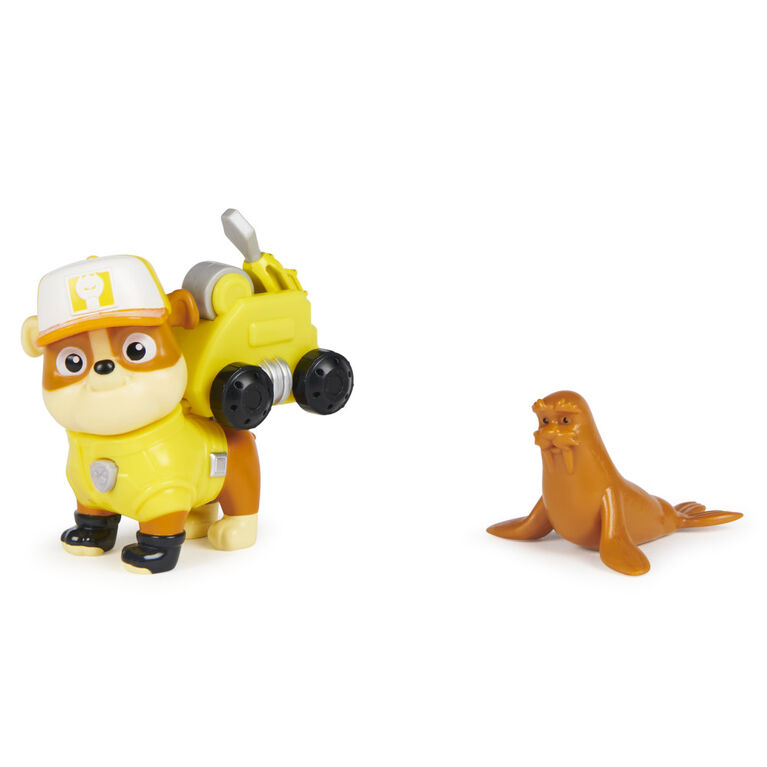 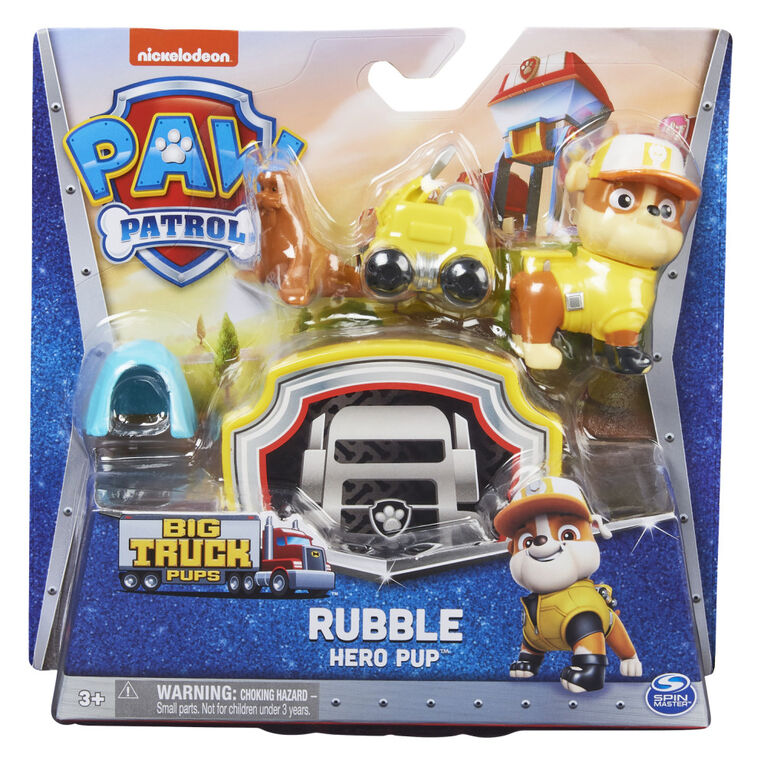 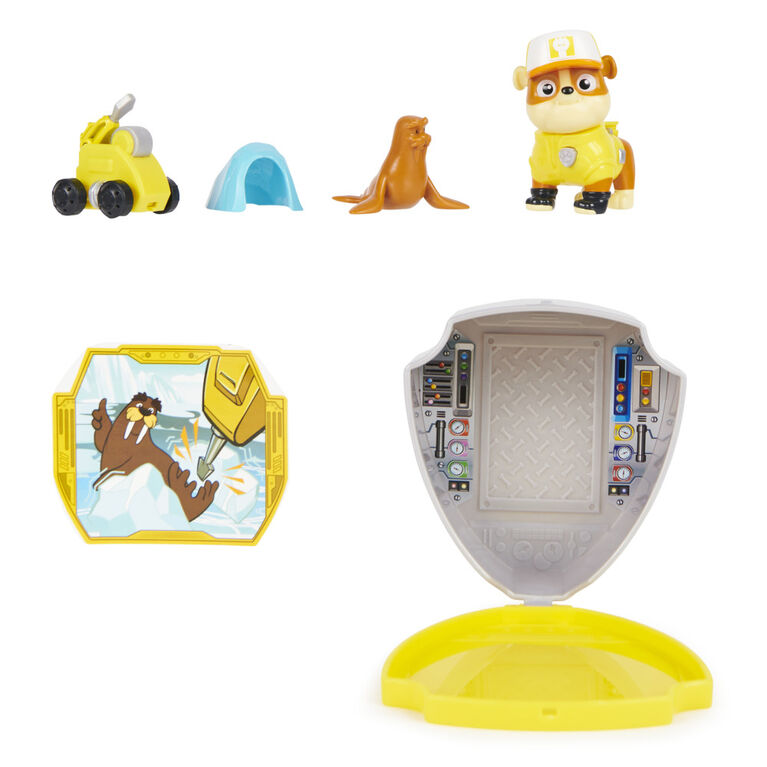 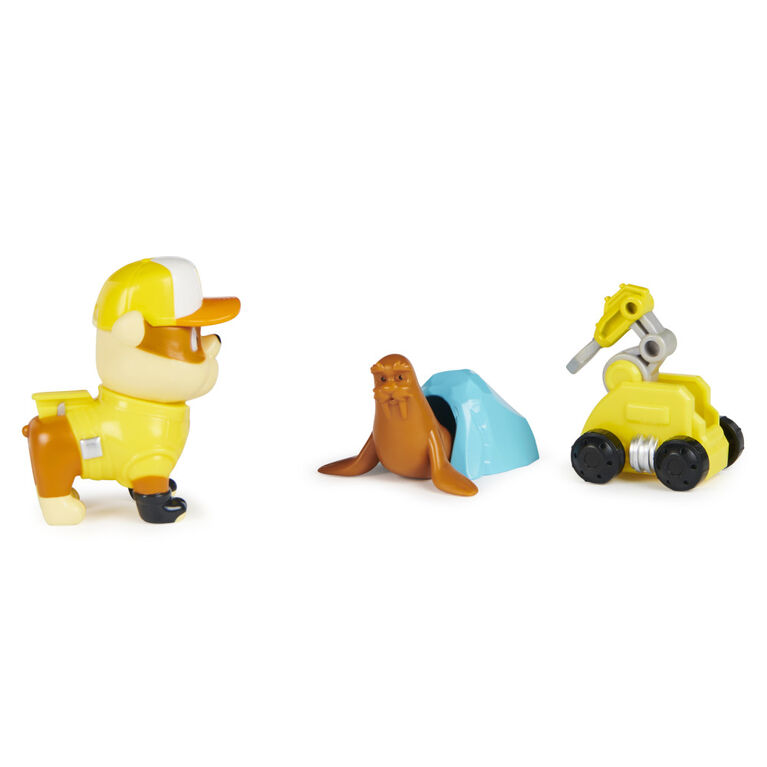 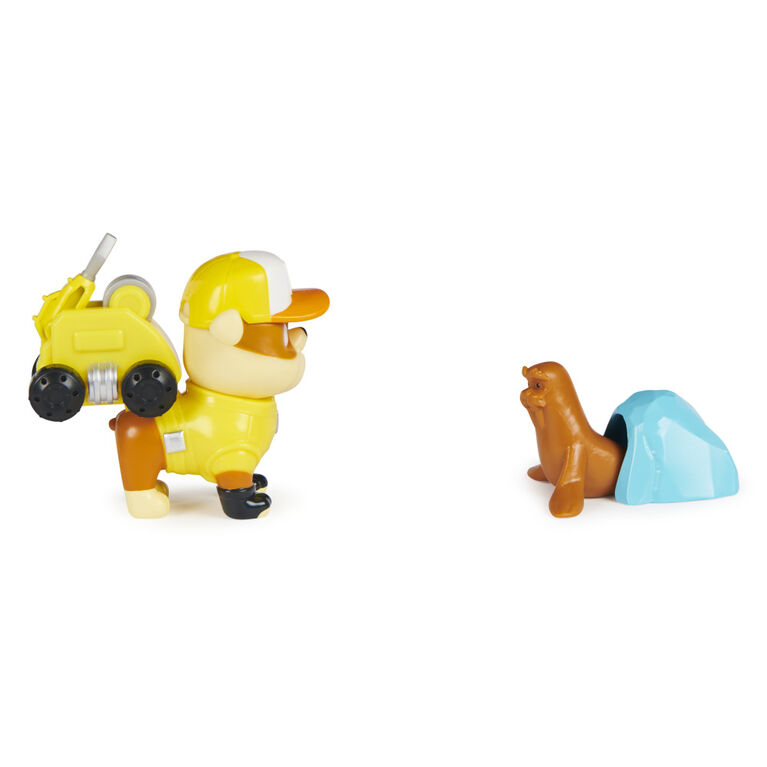 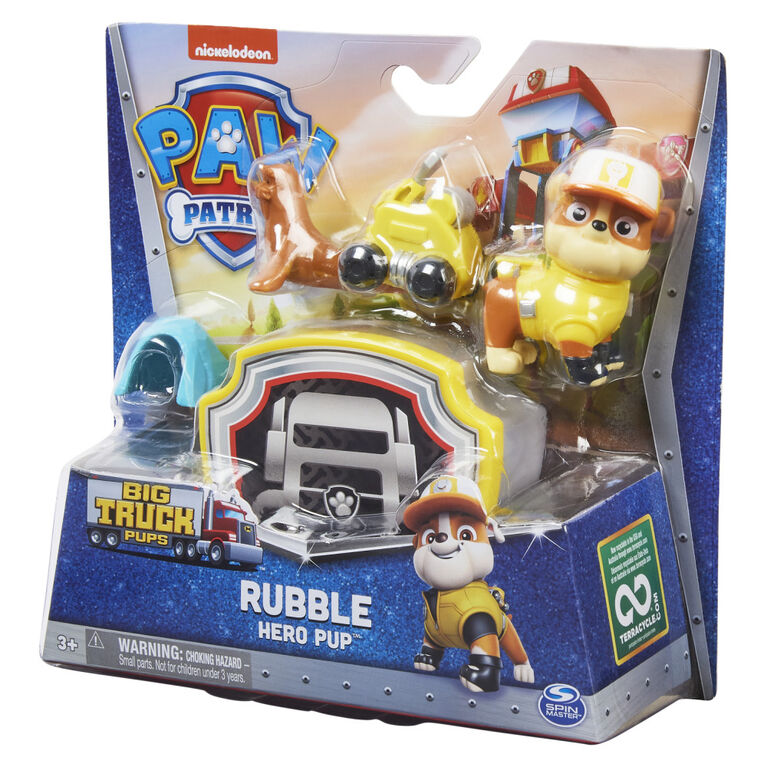 Pinch to zoom
Join PAW Patrol's Rubble on exciting rescue missions and relive your favorite moments from PAW Patrol: Big Truck Pups series! This exclusive Rubble figure set features realistic details and includes an animal friend to save, some rescue themed accessories and an awesome clip-on drone that can be attached to his backpack and then launches at the push of a button! When trouble strikes, pop on the rescue drone to prepare Rubble for action. When it's time for an exciting rescue, press the badge on Rubble's chest to launch the rescue drone, overcome obstacles and help save the day! After saving the day, pretend to watch the action on the Mobile Command Pod, which doubles as a carrying container for your toys when you're on the go! With PAW Patrol toys, a kid can explore his or her imagination and develop their motor skills through pretend play as they relive their favorite scenes from the show, like Mighty Pups and the PAW Patrol Movie, or create entirely new adventures with all of the PAW Patrol pups (each sold separately). For even more series-inspired rescues, add the rest of the PAW Patrol: Big Truck Hero Pups to your collection, along with the exciting Truckstop HQ (figures and playsets sold separately). PAW Patrol action figures, toy cars, playsets and stuffed animals are the perfect toys for boys and girls aged 3 and up, so team up with Rubble and bring home the action of PAW Patrol: Big Truck Pups!