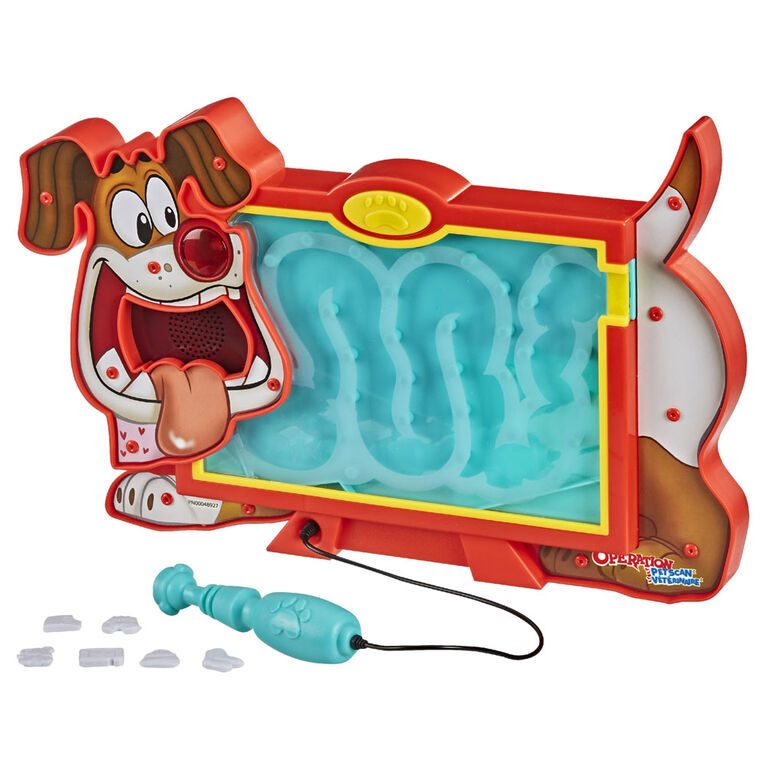 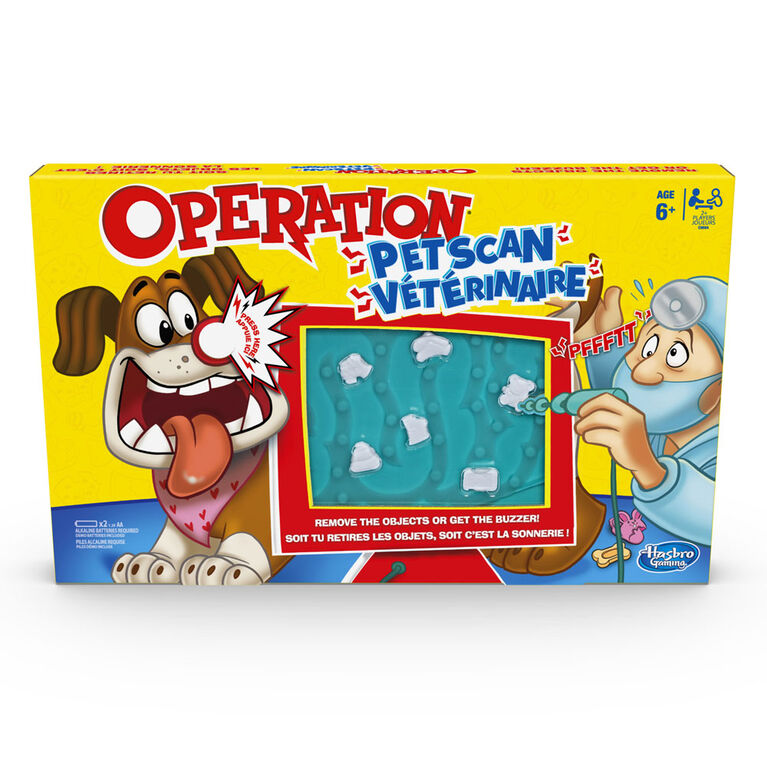 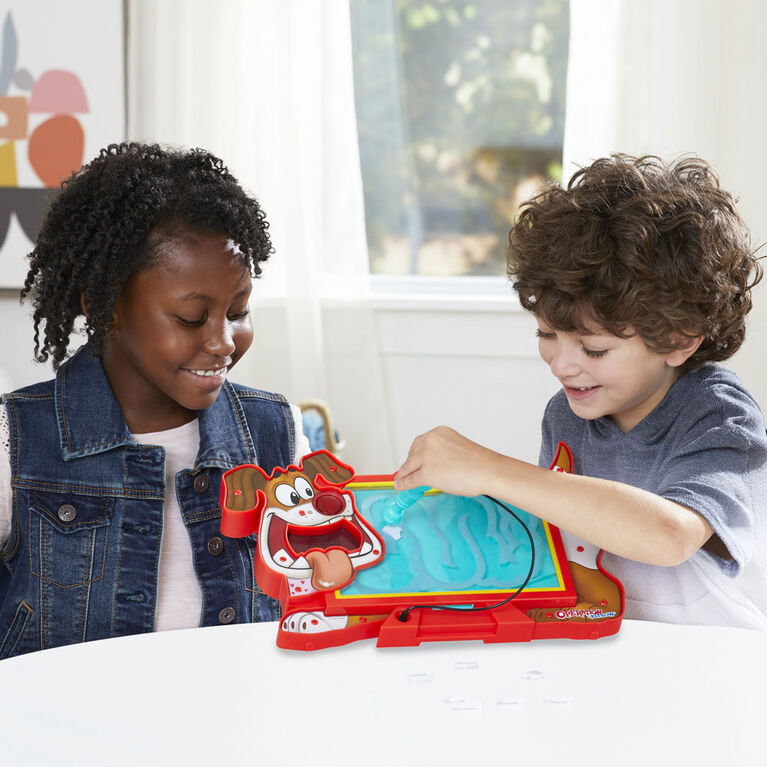 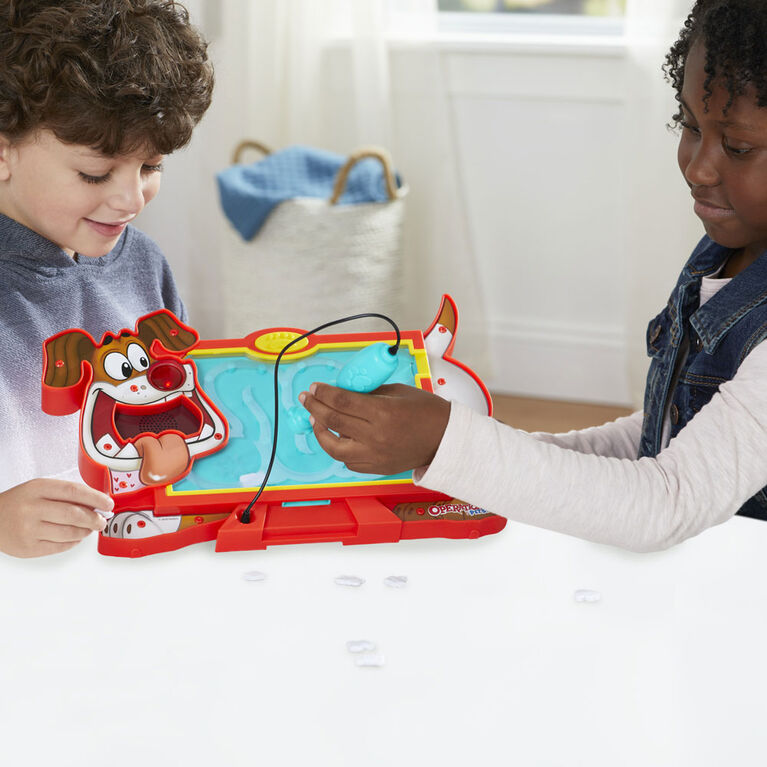 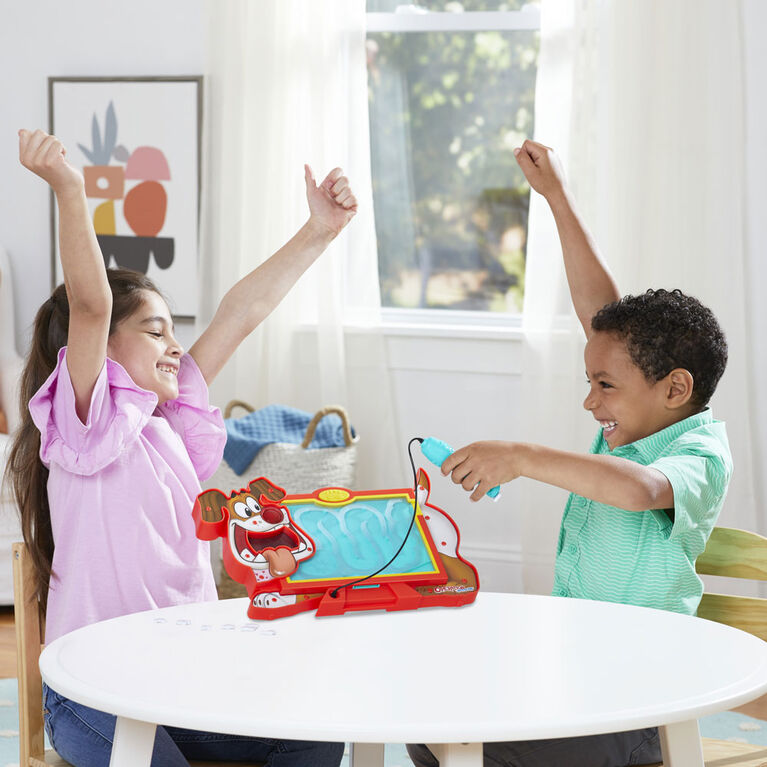 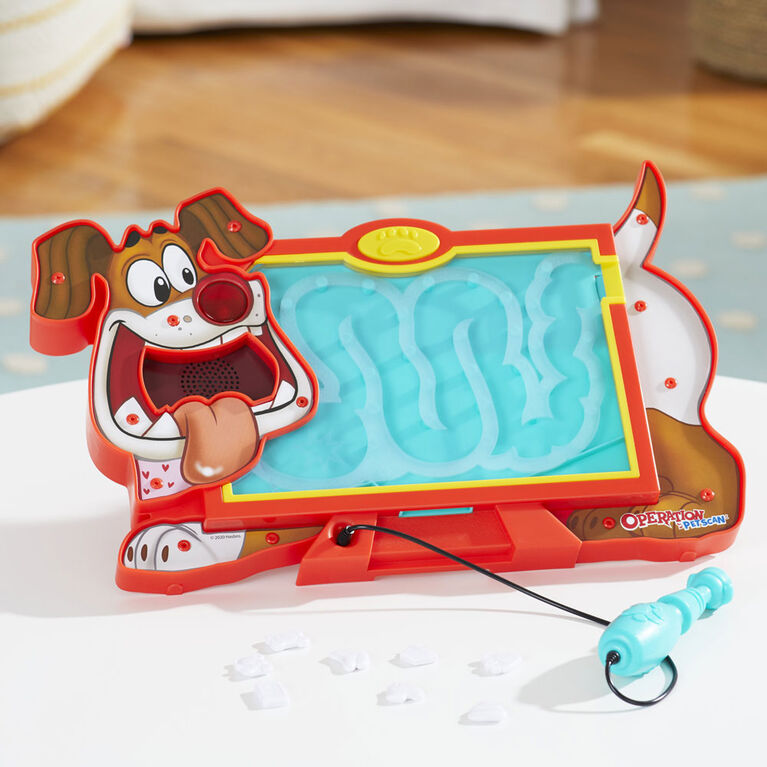 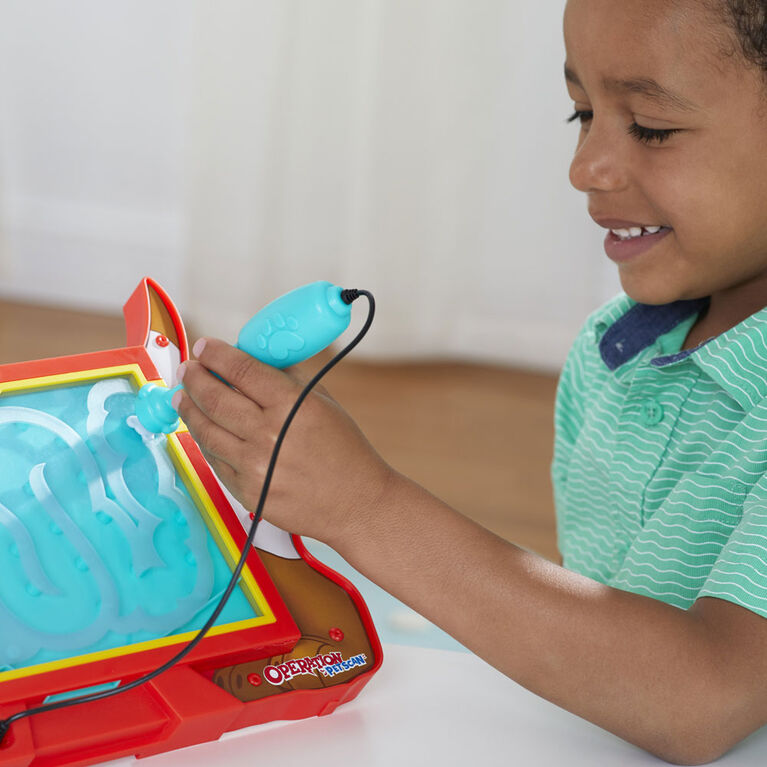 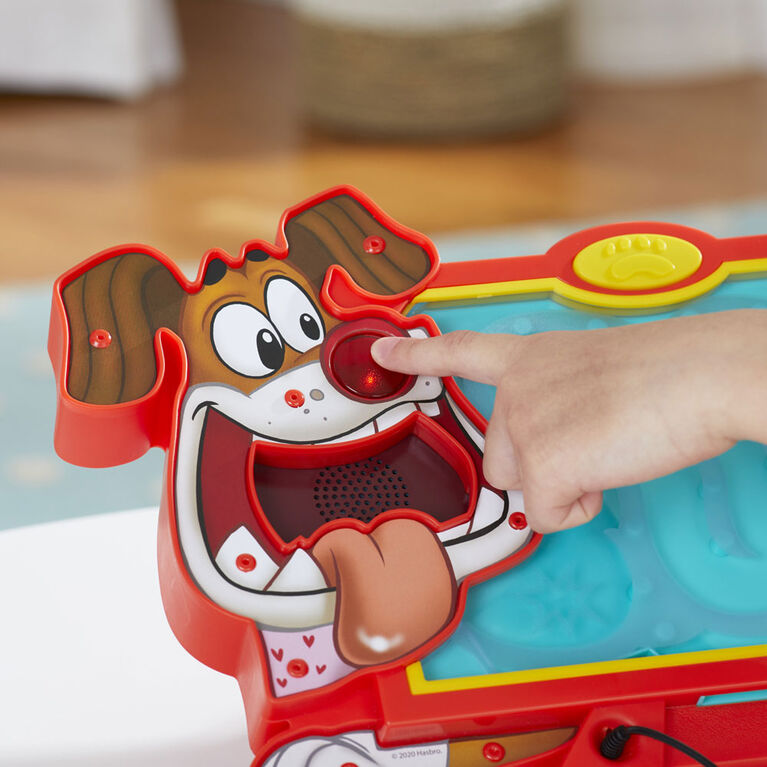 Uh-Oh! Cavity Sam's dog, Rex-Ray, has eaten a bunch of things he shouldn't have like homework, socks, bunny slippers, and a dog bone. Players try to help him feel better by removing them. Drop an ailment into the dog's mouth and use the magnetic Dog-o-scope to guide it along his belly -- hoping it'll come out his tail end. But watch out for the buzz! If the buzzer sounds the ailment drops. If it falls out of his belly, that player's turn is over. Each ailment successfully removed counts as a point and whoever has the most points wins. Kids will be entertained throughout the game with fun sound effects. Press and hold the pup's nose to hear an instant bark and fart sounds. The Operation Pet Scan game is a great choice for a birthday gift or a fun holiday gift for kids ages 6 and up.