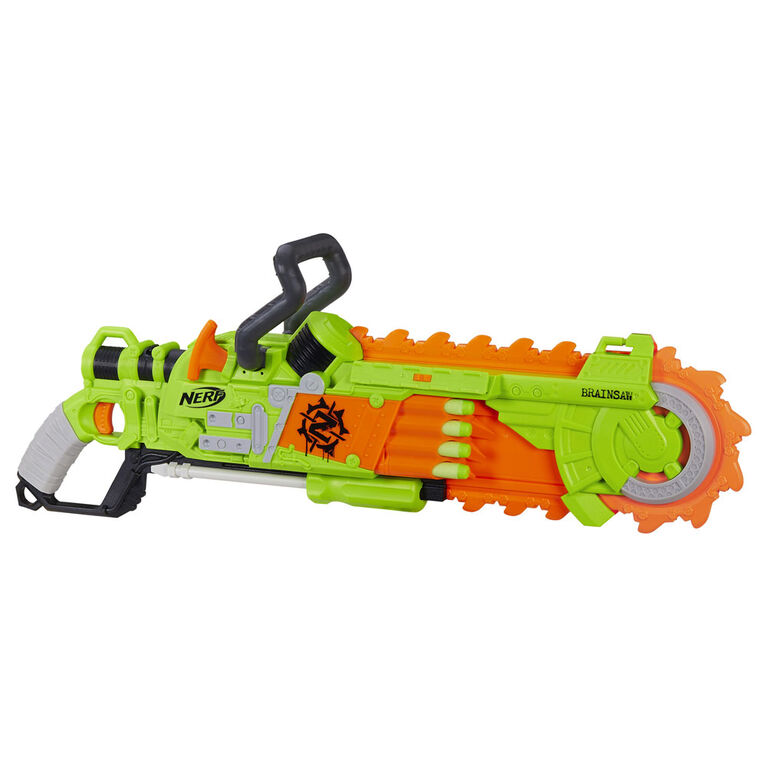 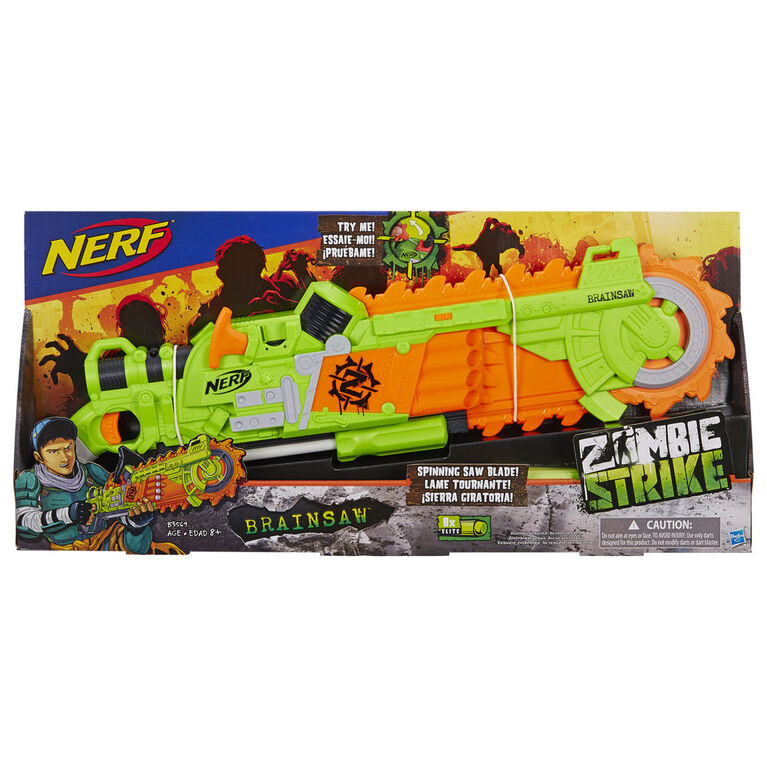 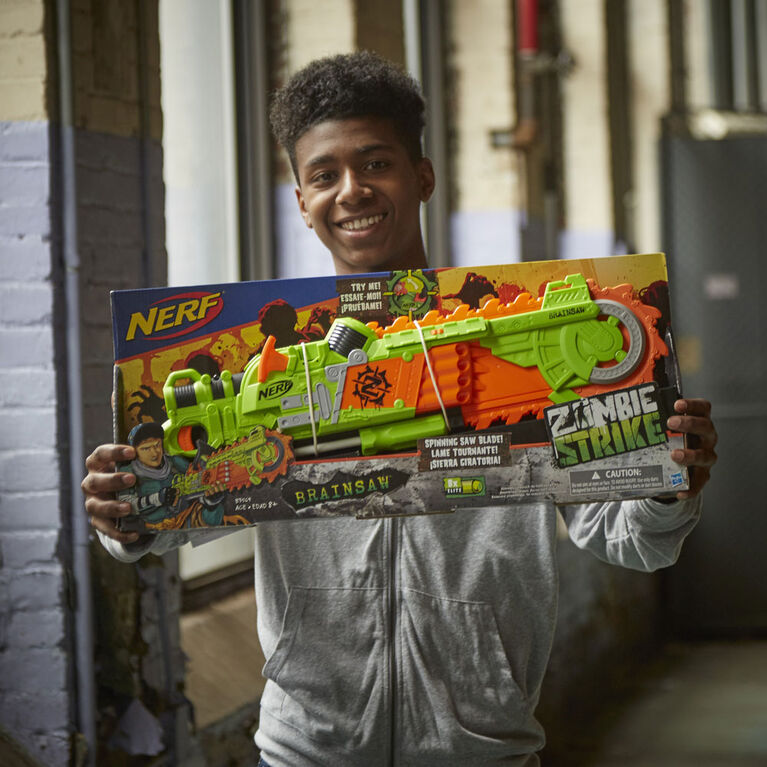 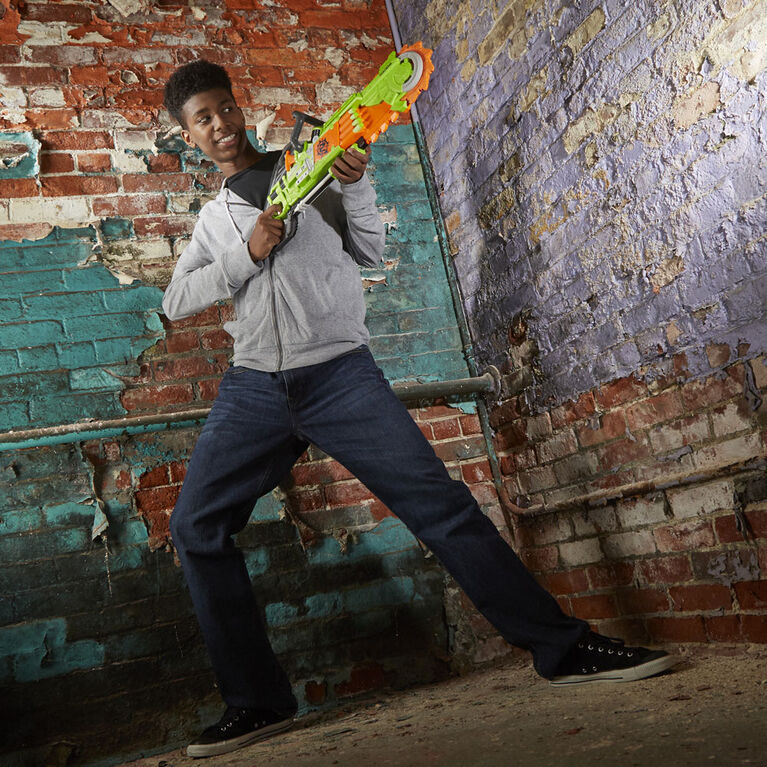 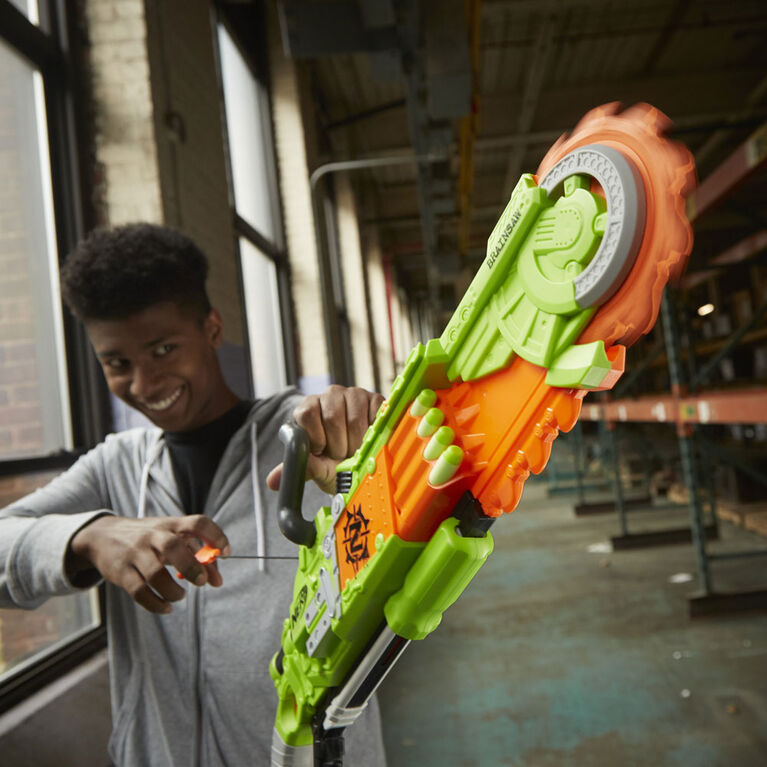 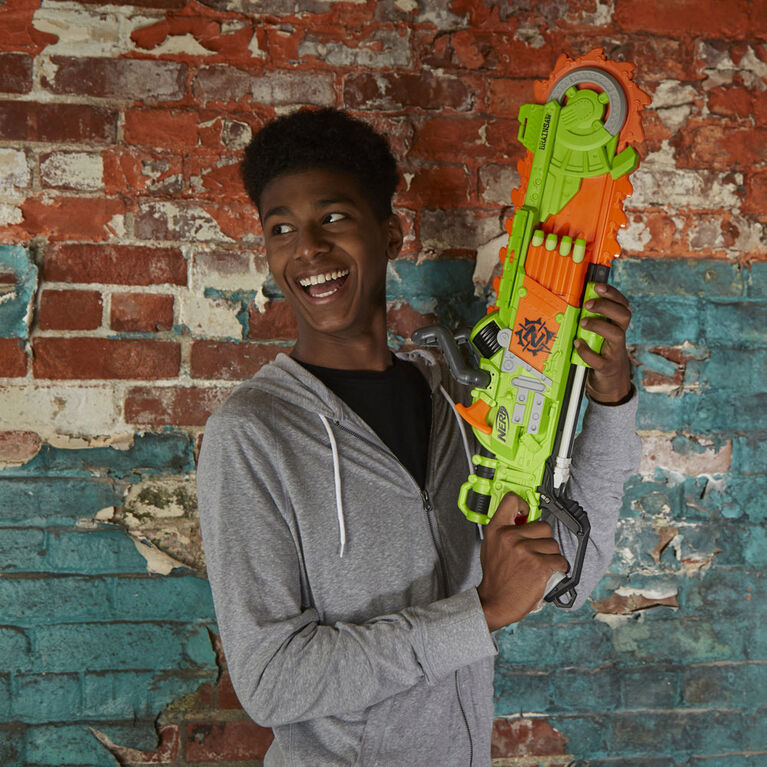 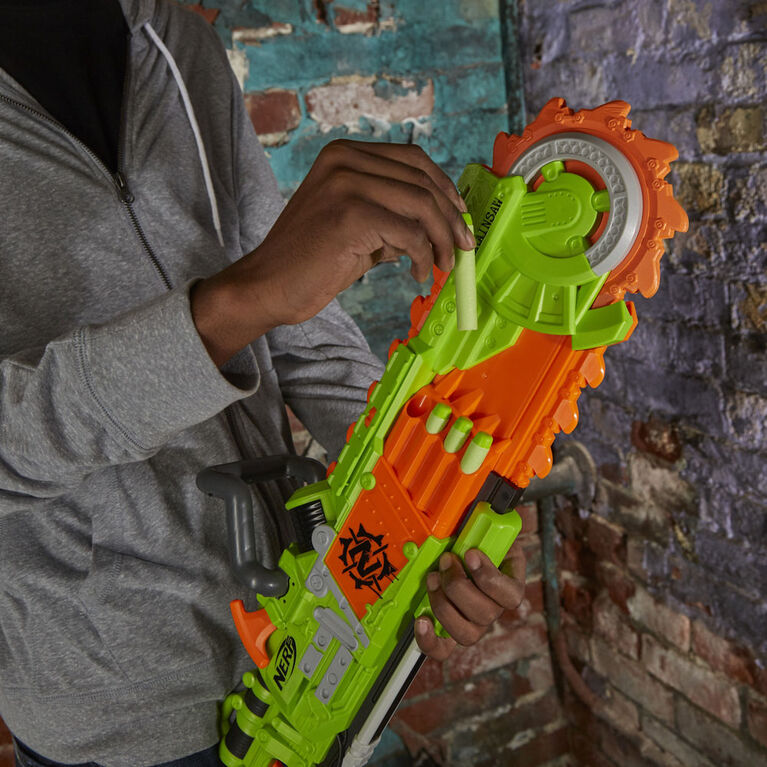 
Be ready for an attack whenever you venture into zombie-infested territory with the Nerf Zombie Strike Brainsaw blaster! Slice a path to shelter with this dart-firing blaster that also has a spinning foam saw blade for 2 ways to keep zombies away. Load 8 darts, move the priming slide backward and forward, and press the trigger to fire 1 dart. Prime and press the trigger again to fire another dart. With its 8-dart capacity, you can fire multiple darts before reloading. Pull the handle back to make the saw blade and start cutting those zombies down to size! A handle on top of the blaster makes it easy to take this zombie-busting blaster along on perimeter patrols. Comes with 8 Official Nerf Zombie Strike darts. Eyewear recommended (not included).

Ages 8 and up
TO AVOID EYE INJURY:
WARNING: Do not aim at eyes or face. Use of eyewear recommended for players and people within range. Use only official Nerf darts. Other darts may not meet safety standards. Do not modify darts or blaster.
WARNING: CHOKING HAZARD -- Small parts may be generated. Not for children under 3 years.
Assembly required. No tools needed.