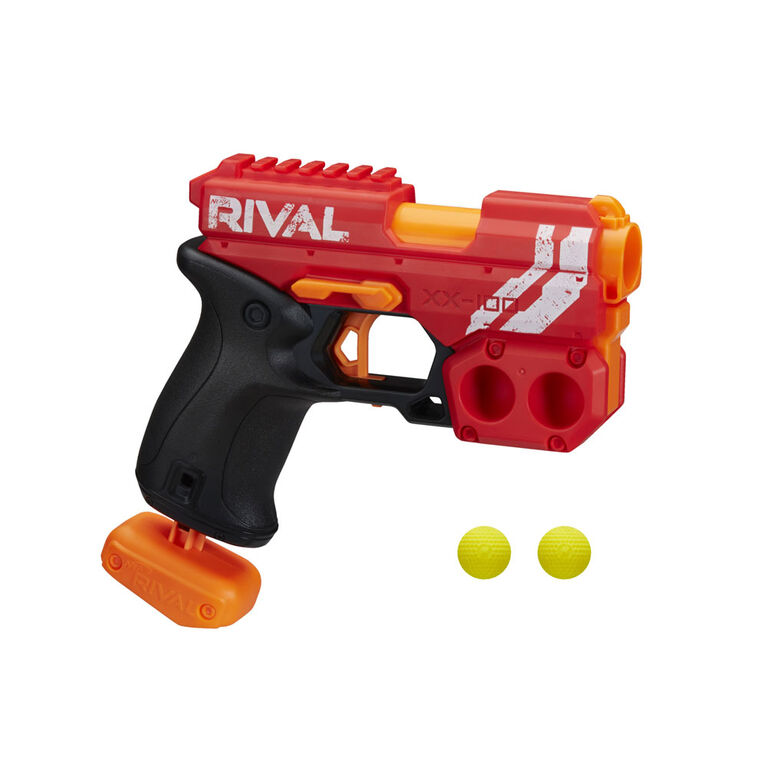 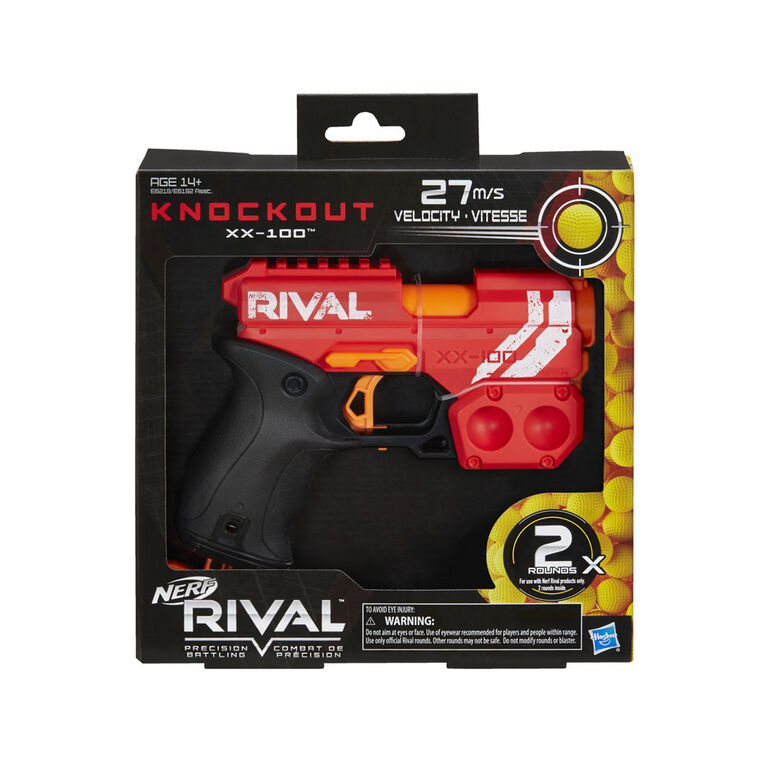 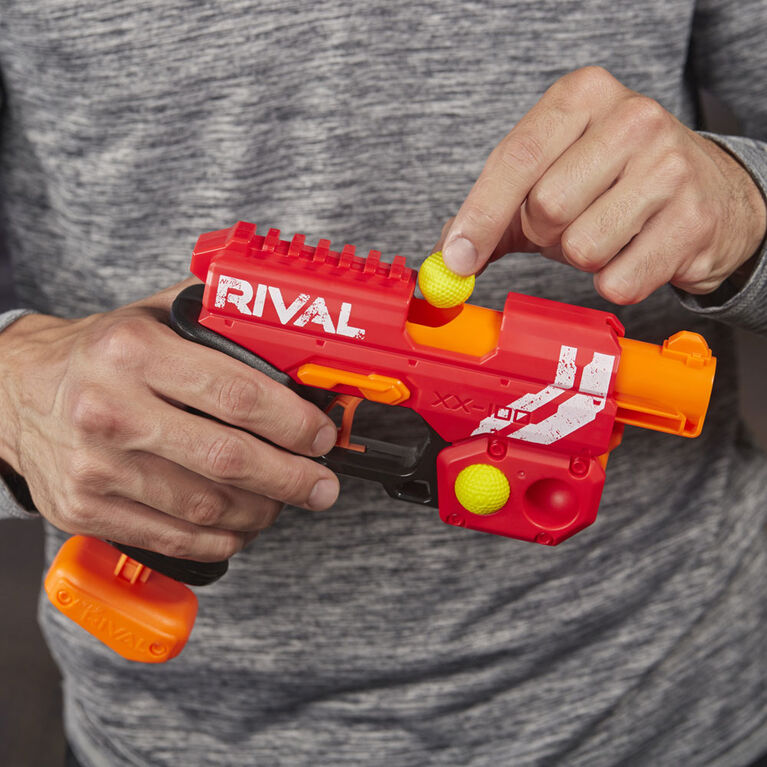 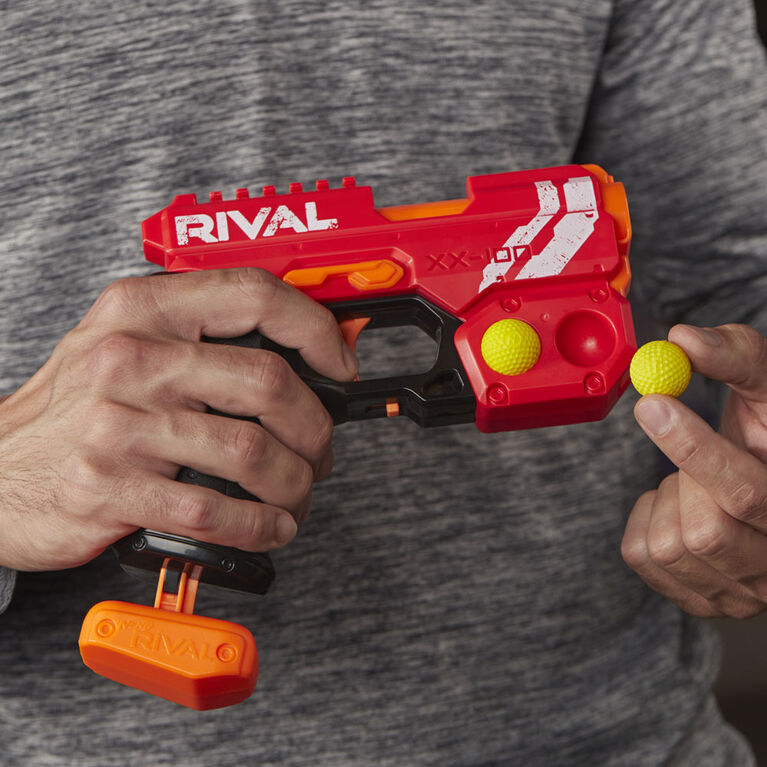 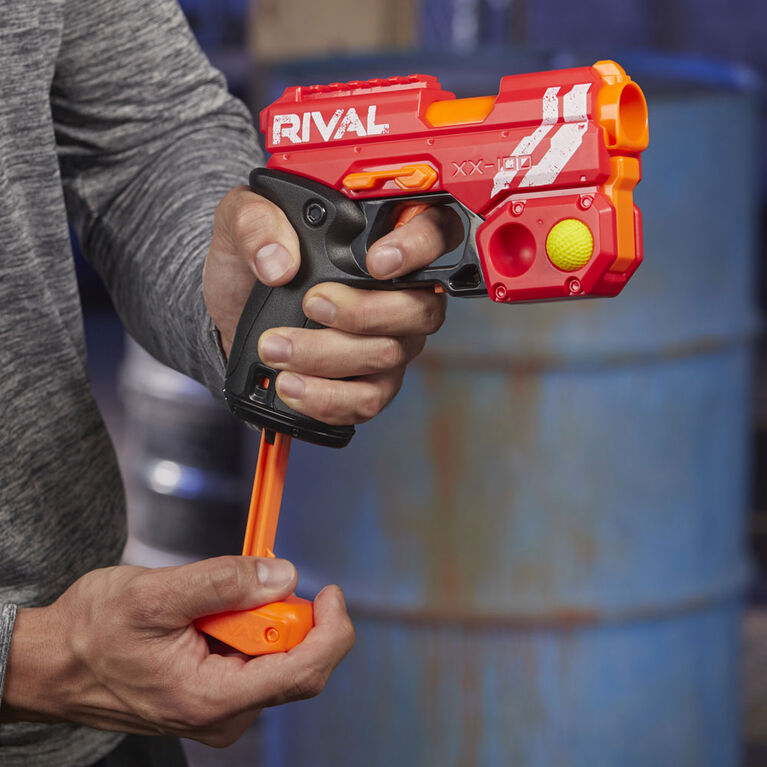 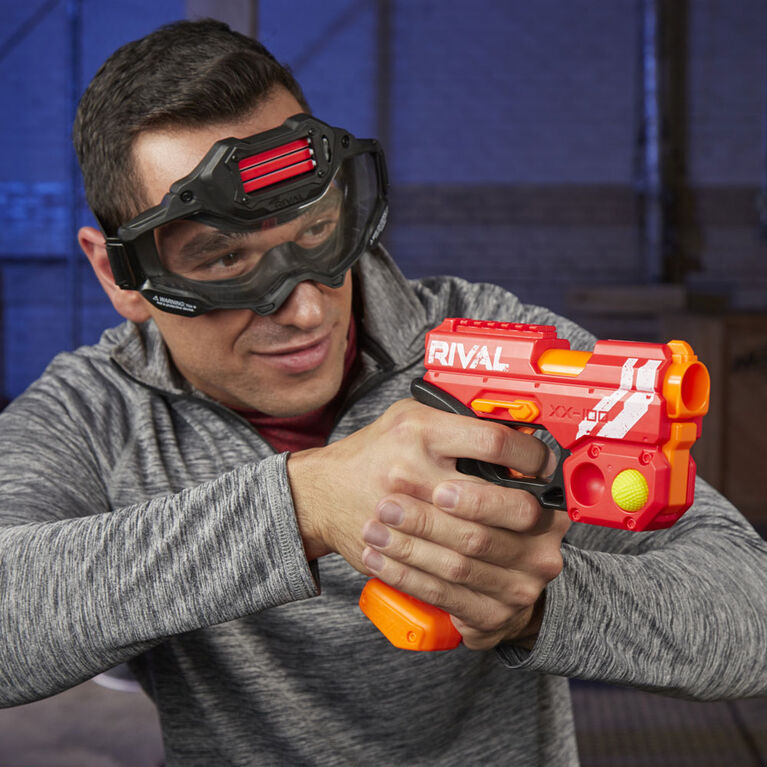 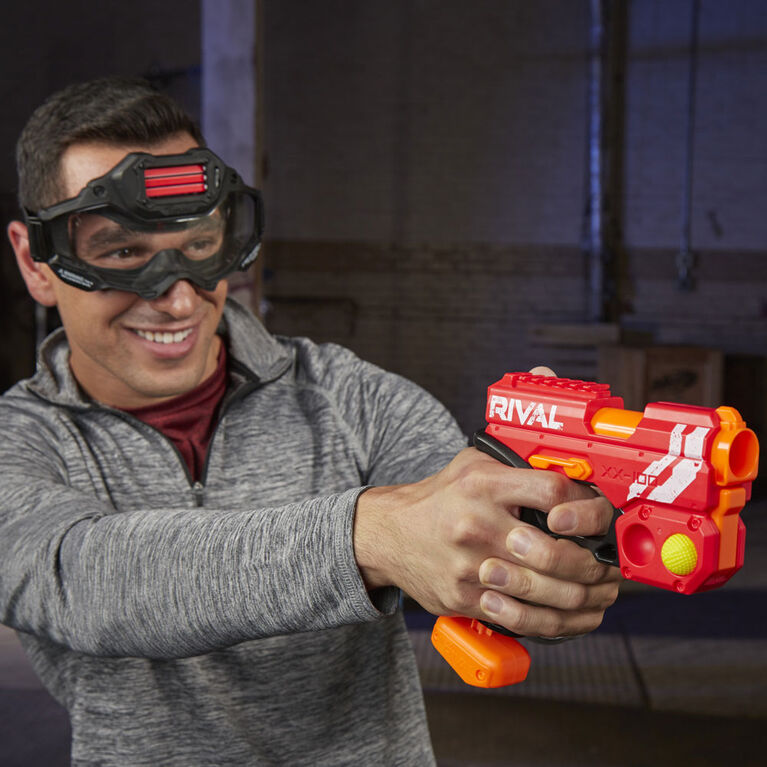 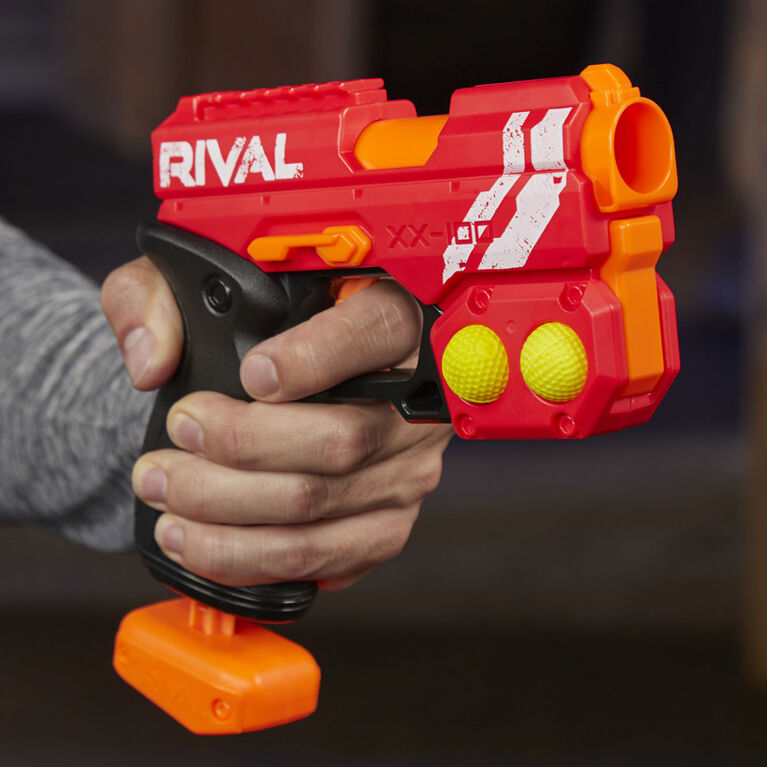 
Blast into Nerf Rival competitions with this compact powerhouse to knock out the competition! The Knockout XX-100 blaster packs high-intensity Nerf Rival power in a small size. Fire off rounds at 85 feet per second from this spring-action, single-shot blaster that's great for games that move fast and keep you on the run. Playing in a small area? The breech-load Knockout XX-100 is ideal for close spaces and stealth attacks. It has built-in round storage and comes with 2 Official Nerf Rival Rounds. Trigger lock prevents it from firing accidently. Load 1 round, prime, and pull the trigger to fire. Team Red version. Hand-powered (no batteries required).