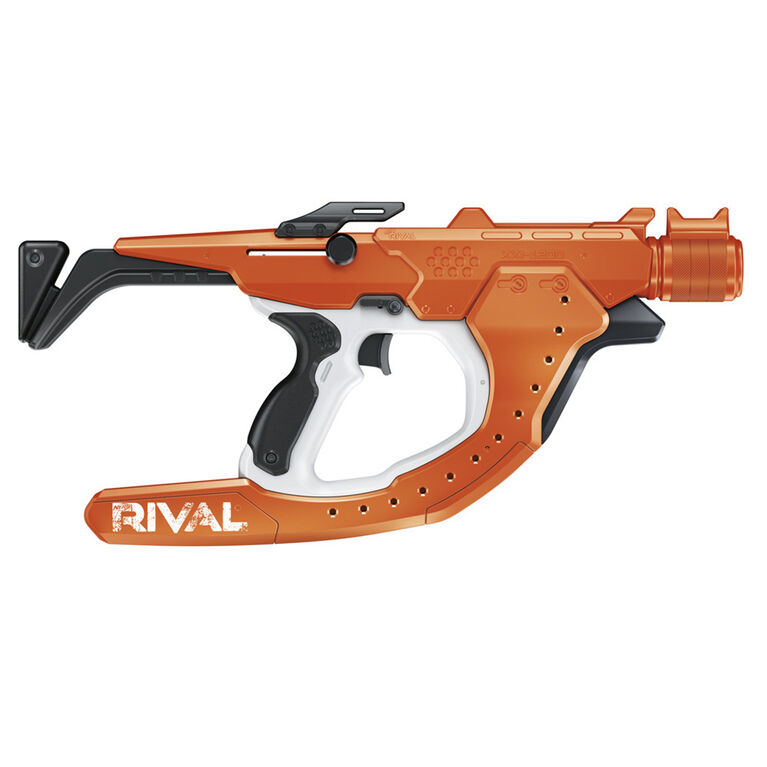 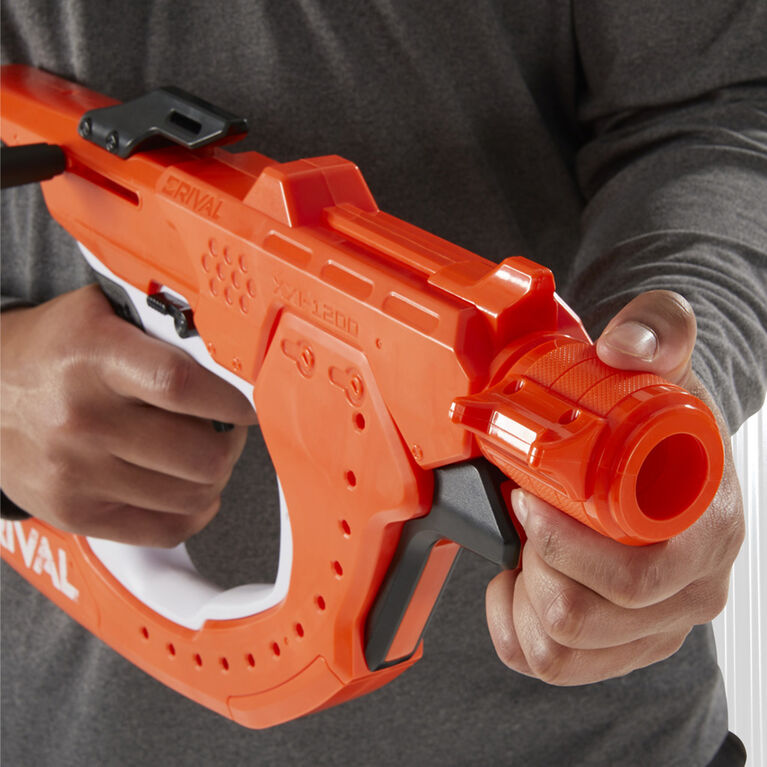 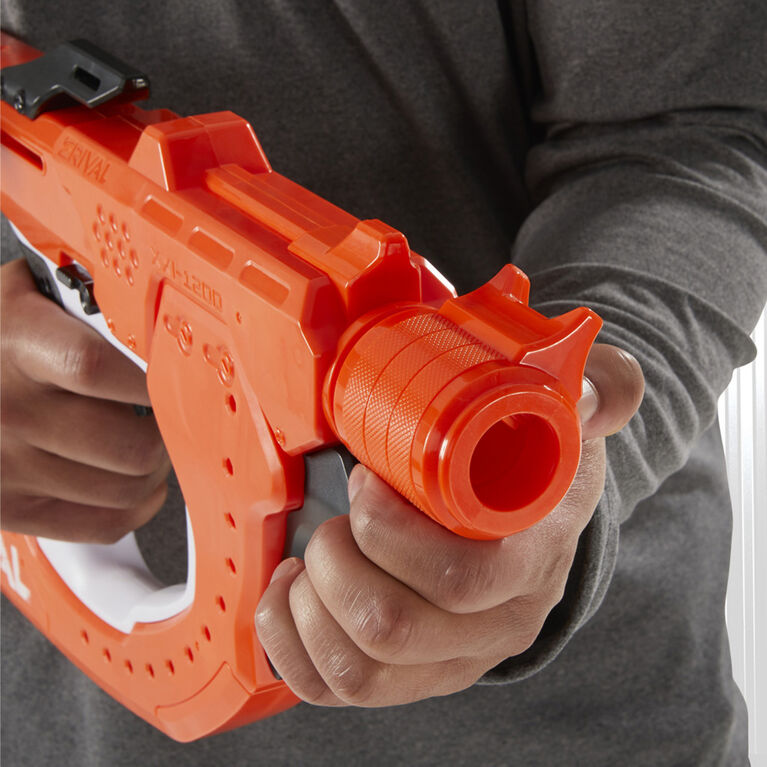 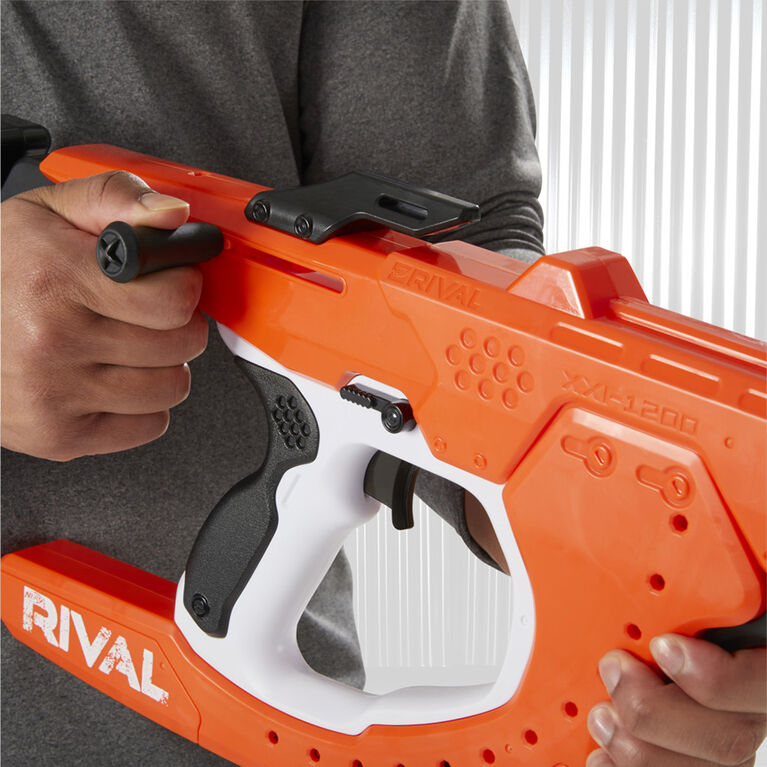 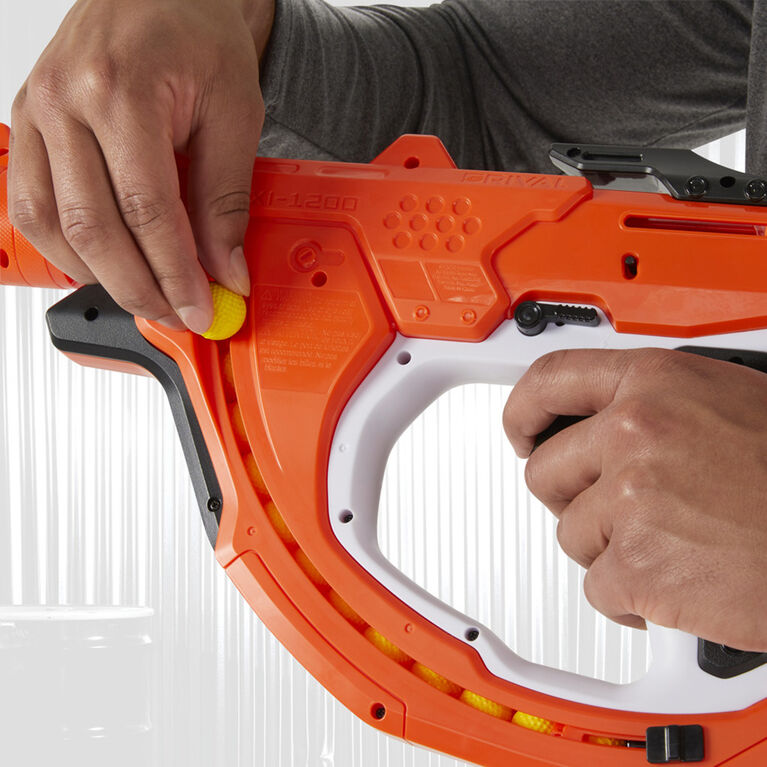 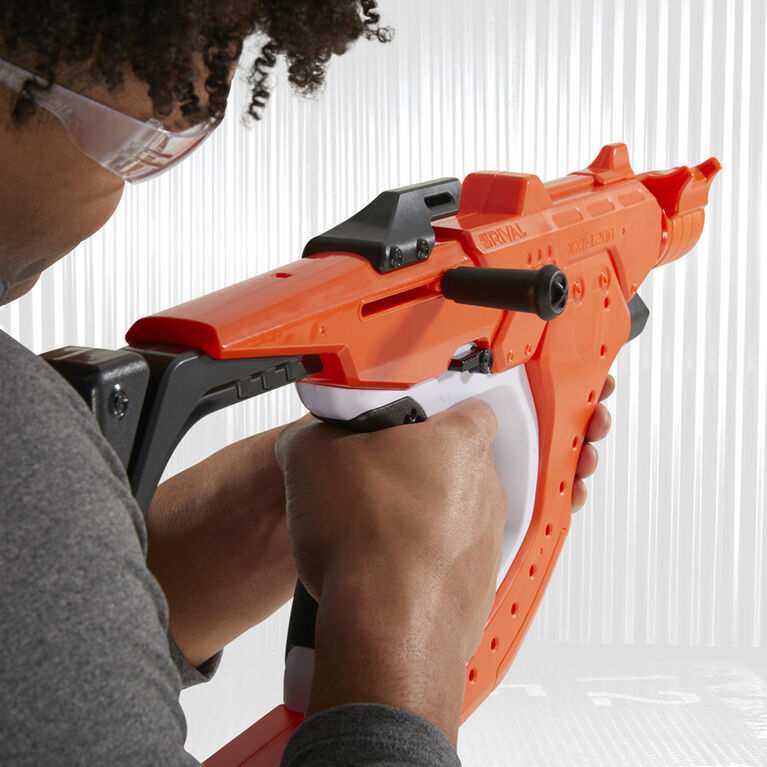 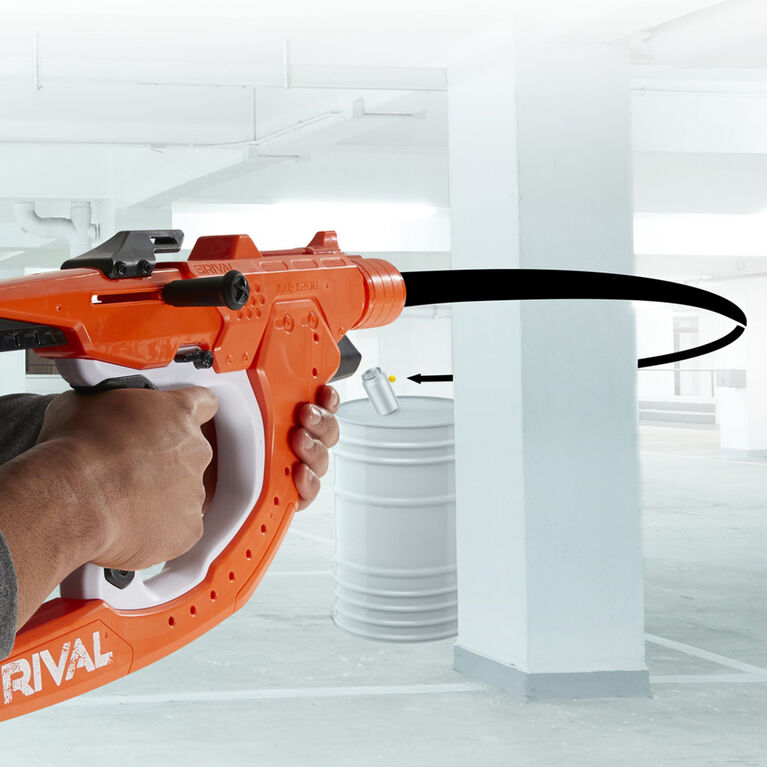 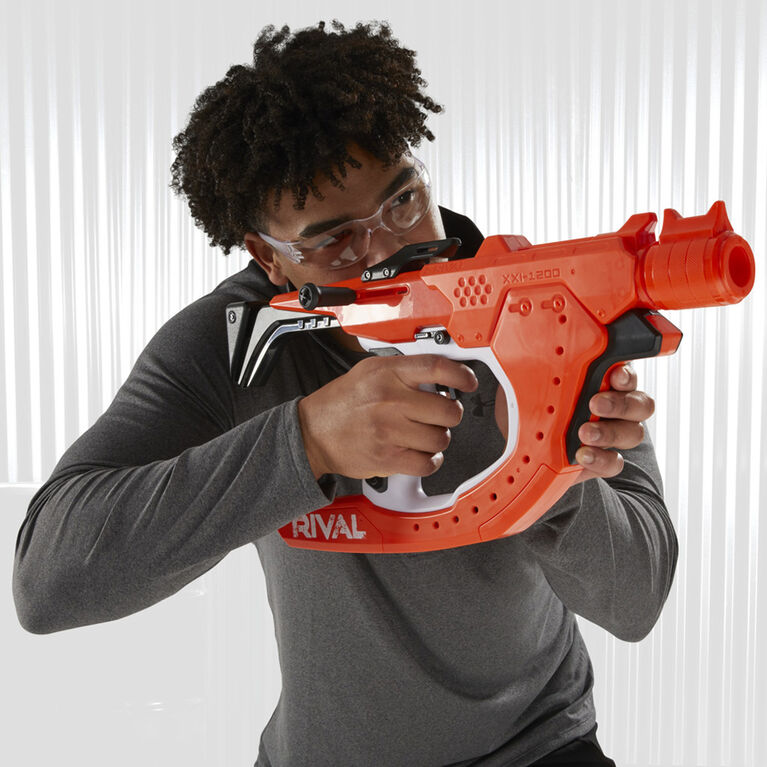 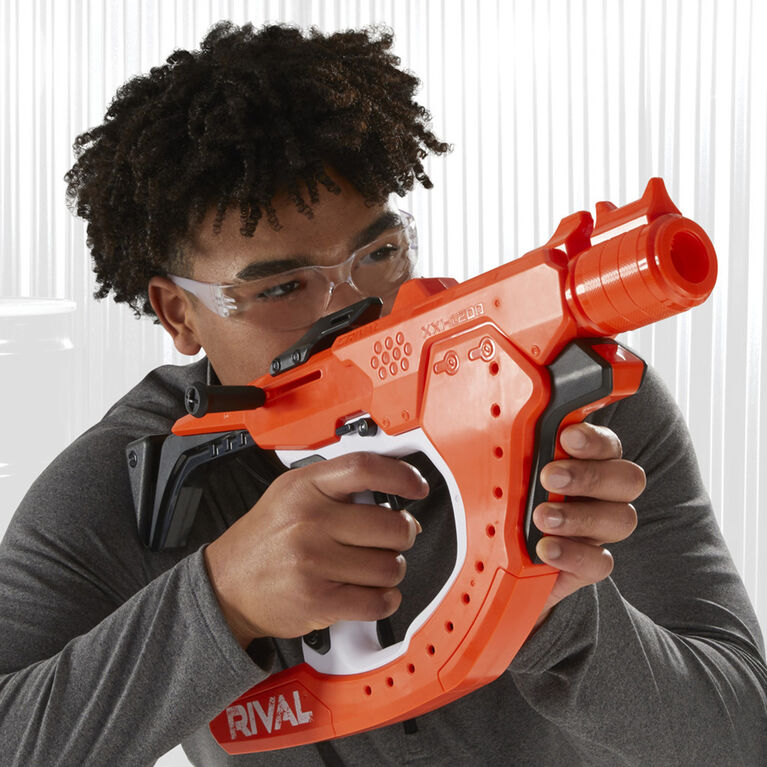 
Select your curve to fire rounds left, right, straight, or down and take the competition by surprise with the Nerf Rival Curve Shot Sideswipe XXI-1200 blaster. Fire around corners, barriers, and obstacles with this blaster that unleashes rounds in a curved trajectory, giving you the ultimate strategic competitive advantage! Turn the rotating muzzle to choose whether you want the round to go straight, left, right, or down. Your opponents may be out of your line of sight, but with this Nerf Rival Curve Shot blaster, they can still be within range, so take aim and curve your shot! Includes a 12-round side-loading internal magazine and 12 Official Nerf Rival rounds. The bolt attaches to either side for right-handed and left-handed battlers. Load the magazine, move the priming bolt, and press the trigger to fire 1 round. Includes trigger lock. Eyewear recommended (not included). No batteries required.