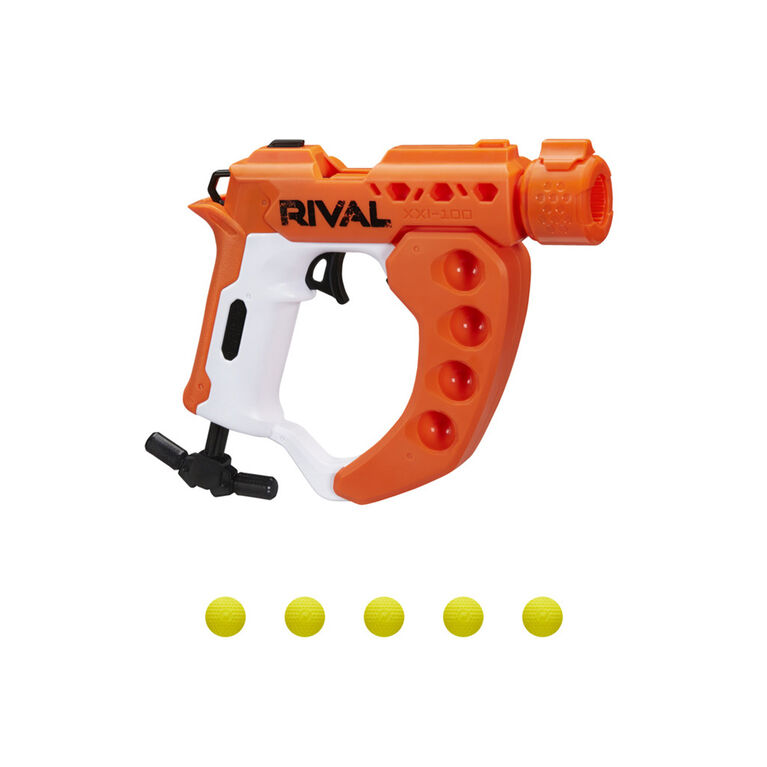 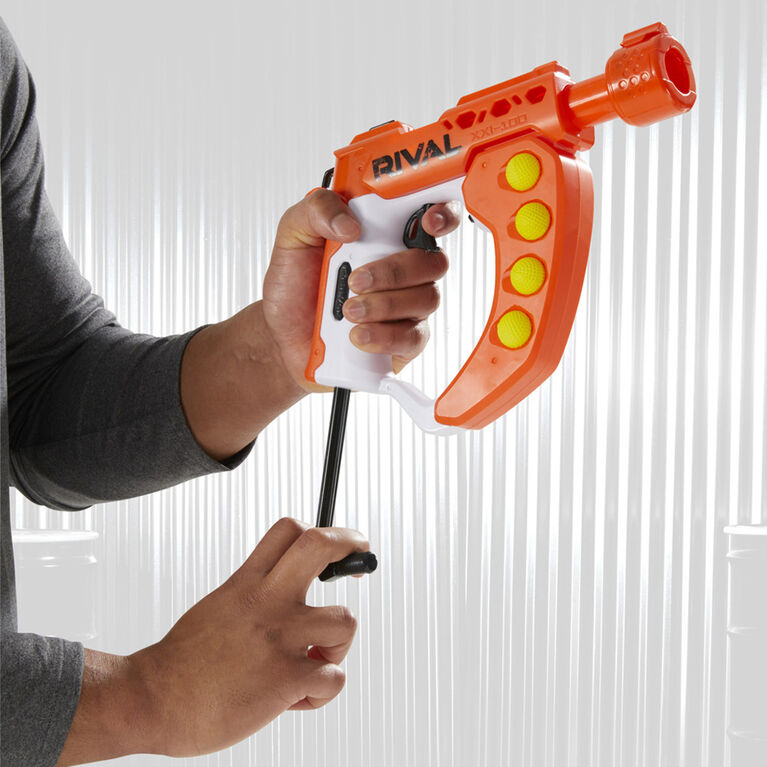 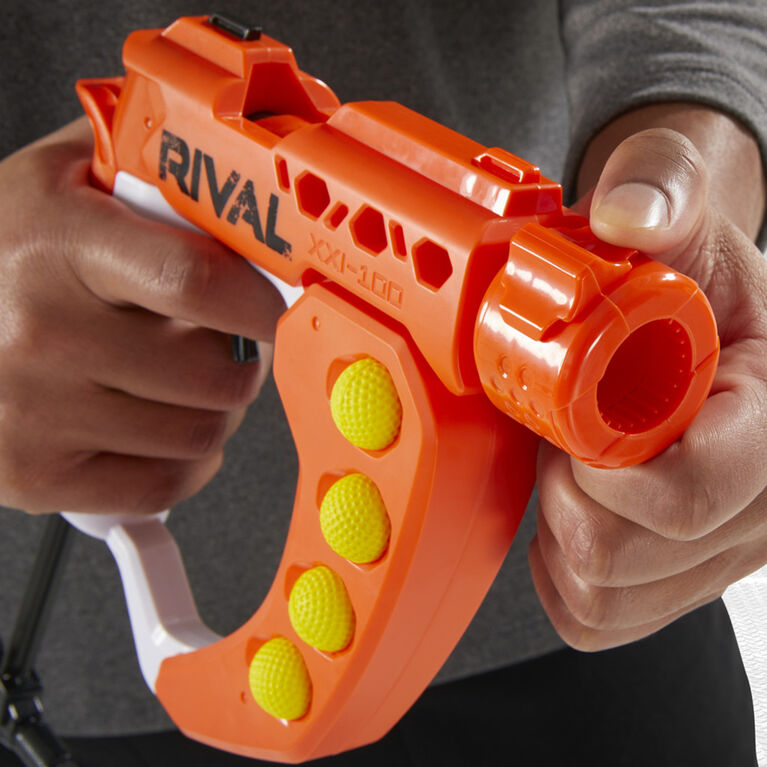 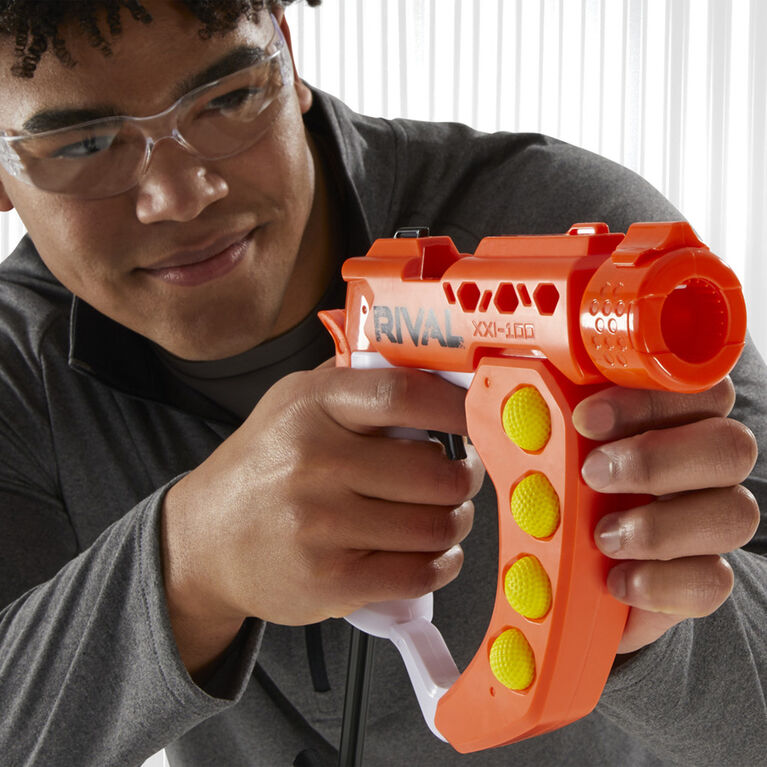 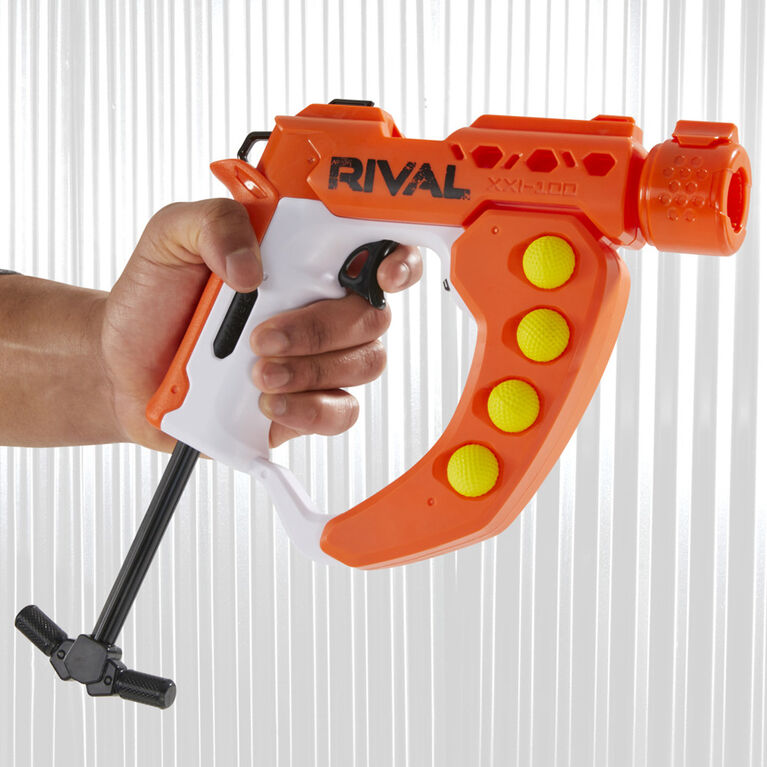 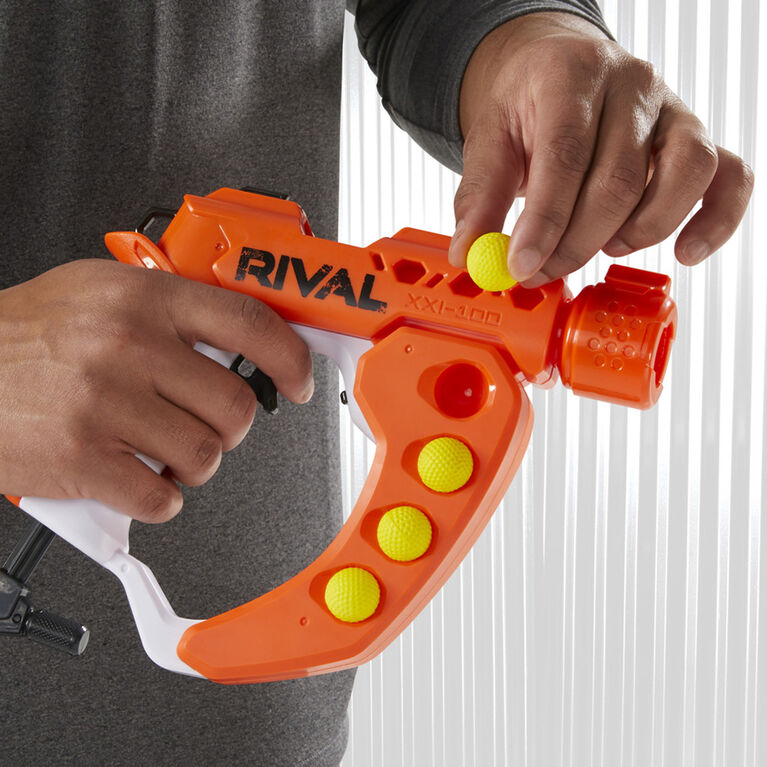 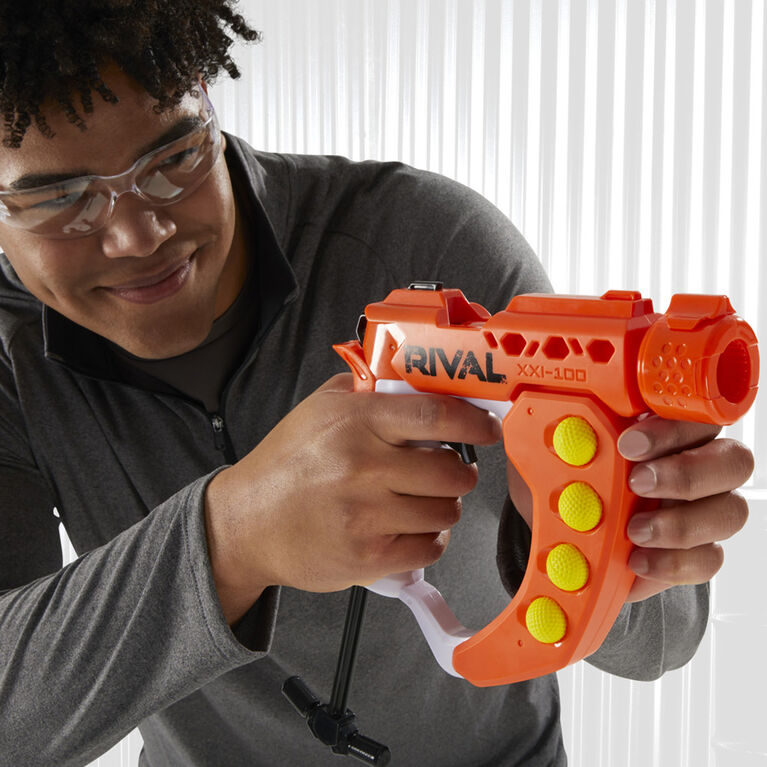 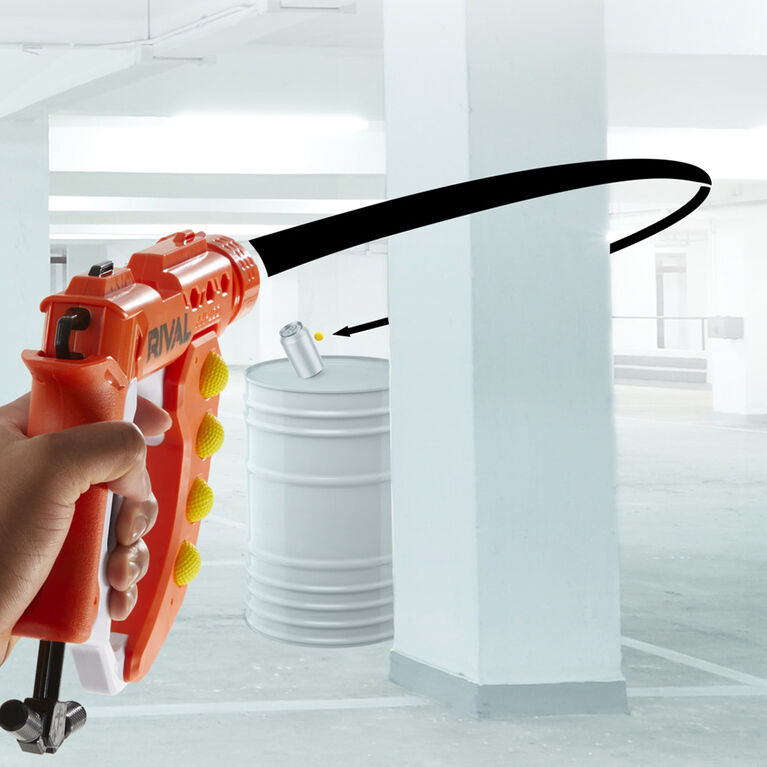 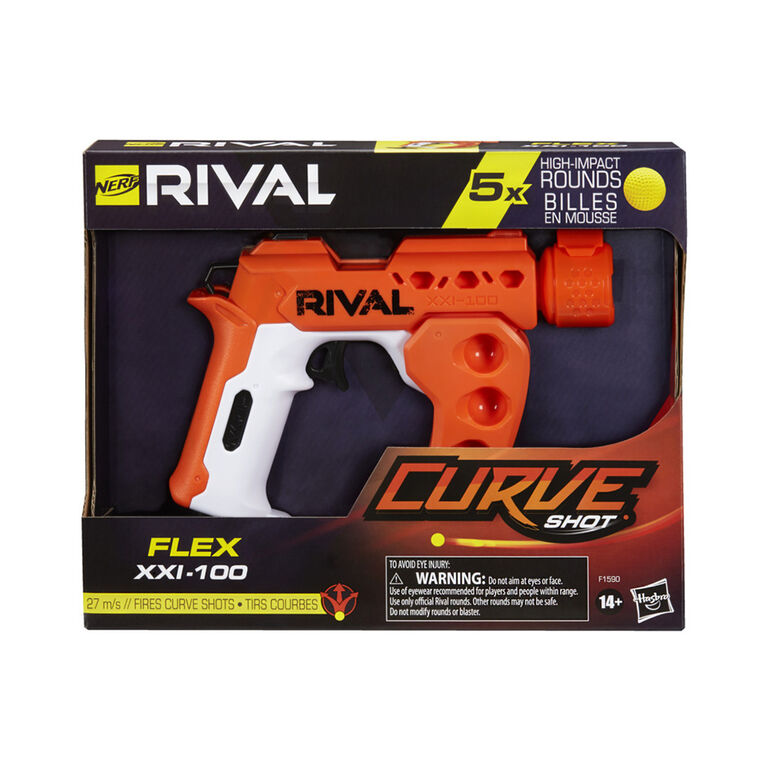 
Select your curve to fire rounds left, right, straight, or down and take the competition by surprise with the Nerf Rival Curve Shot Flex XXI-100 blaster. Fire around corners, barriers, and obstacles with this blaster that unleashes rounds in a curved trajectory, giving you the ultimate strategic competitive advantage! Turn the rotating muzzle to choose whether you want the round to go straight, left, right, or down. Your opponents may be out of your line of sight, but with this Nerf Rival Curve Shot blaster, they can still be within range, so take aim and curve your shot! Includes 5 Official Nerf Rival rounds and has integrated onboard round storage. Pull down the priming handle to open the breech, load 1 round, and close the breech. Then select your curve, and press the trigger fire. Includes trigger lock. Eyewear recommended (not included). No batteries required.

Ages 14 and up
TO AVOID EYE INJURY:
WARNING: Do not aim at eyes or face. Use of eyewear recommended for players and people within range. Use only official Rival rounds. Other rounds may not be safe. Do not modify rounds or blaster.

Free Shipping when you spend $75
Promotion details
Free Shipping when you spend $75
Offer applies to selected items for delivery by regular standard shipping only and excludes delivery to some remote locations. Up to the maximum of $20 shipping value. Any shipping expense over this $20 per order maximum amount will be charged to your order. Free Shipping applies only to orders with qualifying merchandise greater than $75 and does not apply to gift cards. Free Shipping offer excludes all large item items, such as; Gym sets, houses, large play sets and bikes, all large furniture items and other select items. Toysrus.ca offers "Free Shipping" on select items throughout the site. The shipment of orders to certain remote locations is excluded from these offers. In these instances, the standard delivery charge will be visible during the checkout process. On some products, special handling fees may still apply. If your order contains items that are ineligible for "Free Shipping", you will be charged for those items. Add item to your shopping cart and proceed to checkout to receive discount. While quantities last. Offer valid only while supplies last and not applicable to canceled orders due to out-of-stock merchandise. Discount not applicable with returned merchandise; total discount will be deducted from the value of any returned item to which the discount applied. This offer is not valid on previous purchases. This promotional offer may be modified or terminated at any time without notice. We reserve the right to cancel any order due to unauthorized, altered, or ineligible use of a discount.
Our recommended Age: 14 - 17 years
Our recommended Age