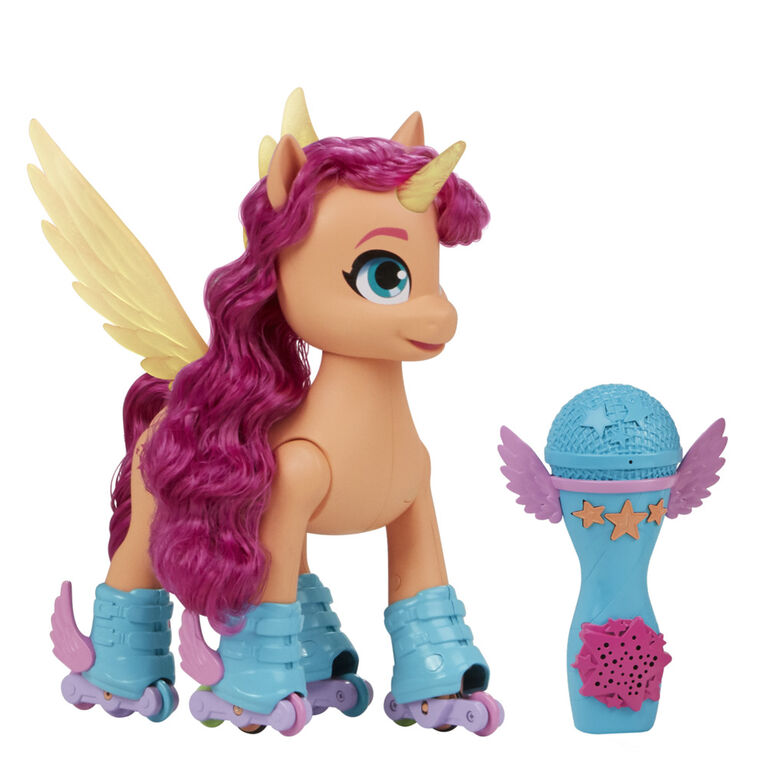 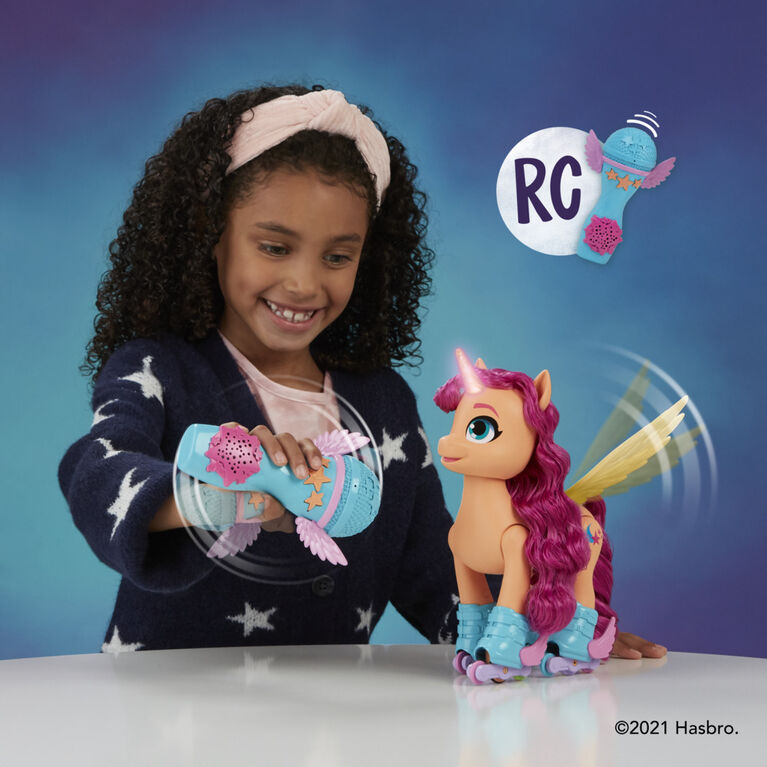 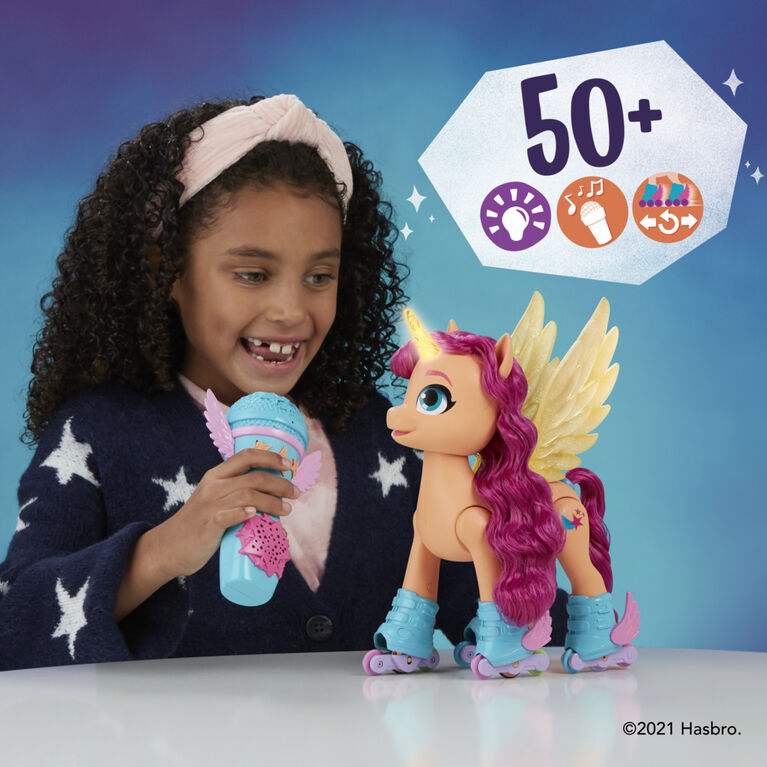 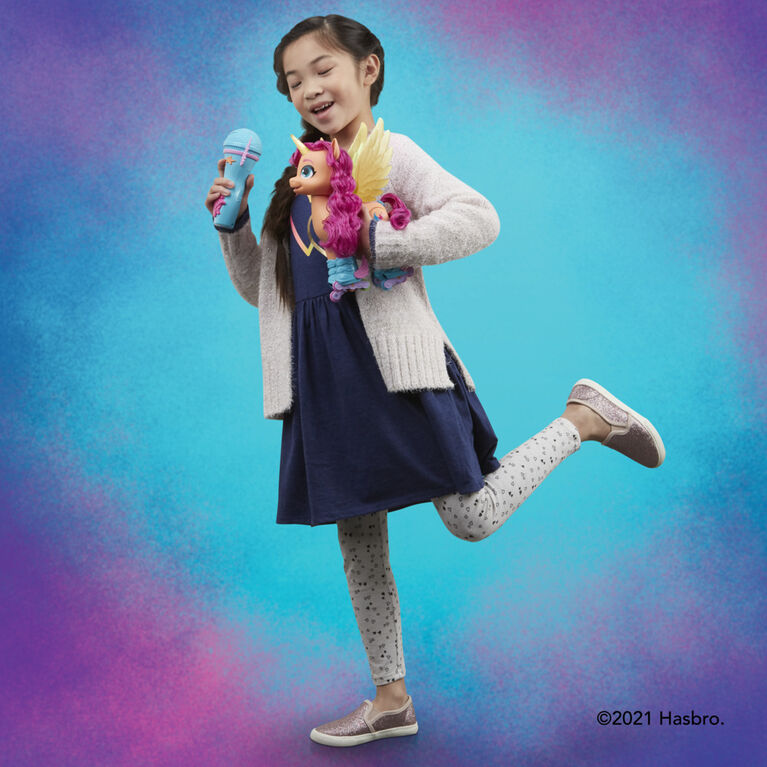 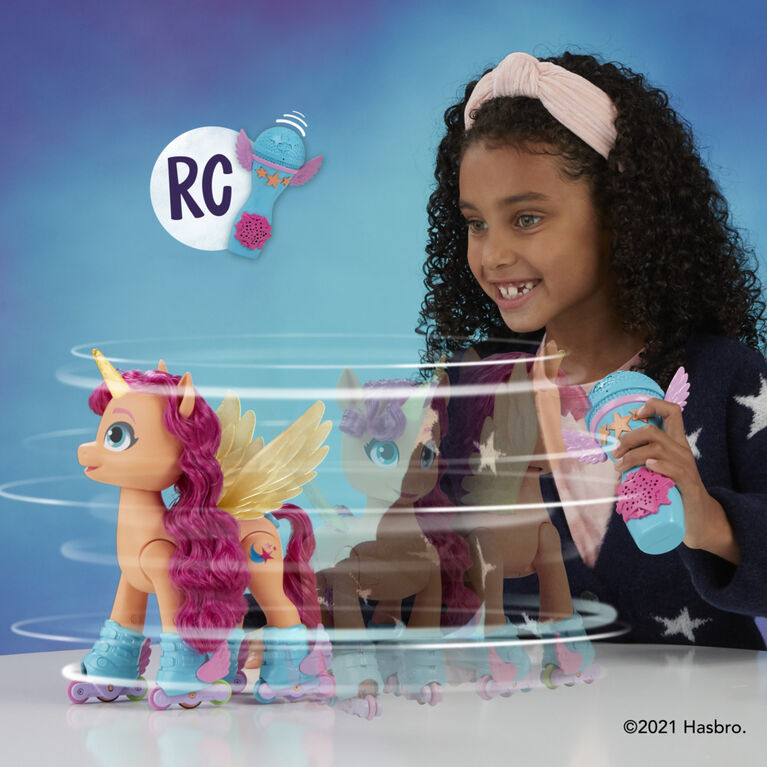 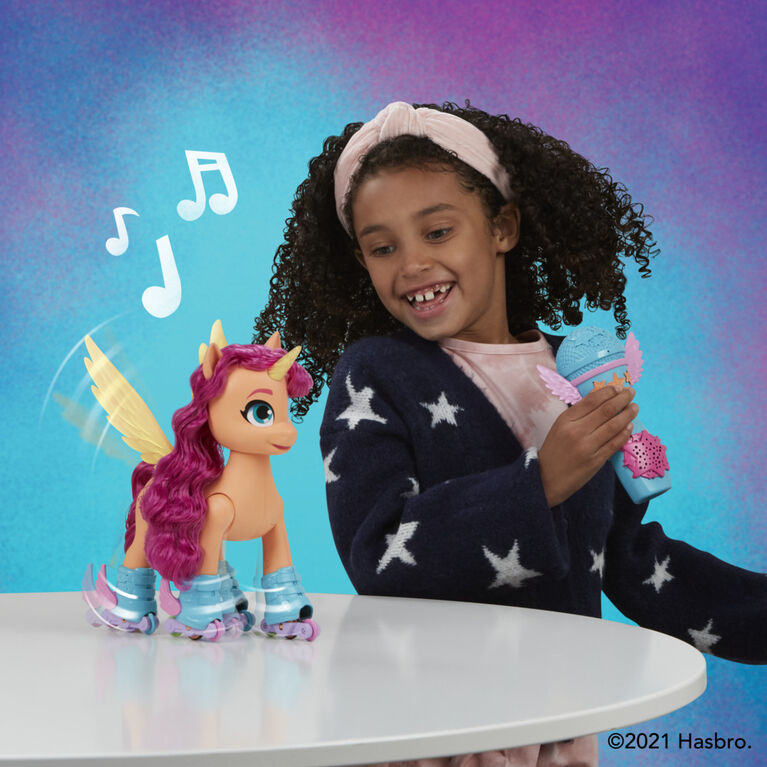 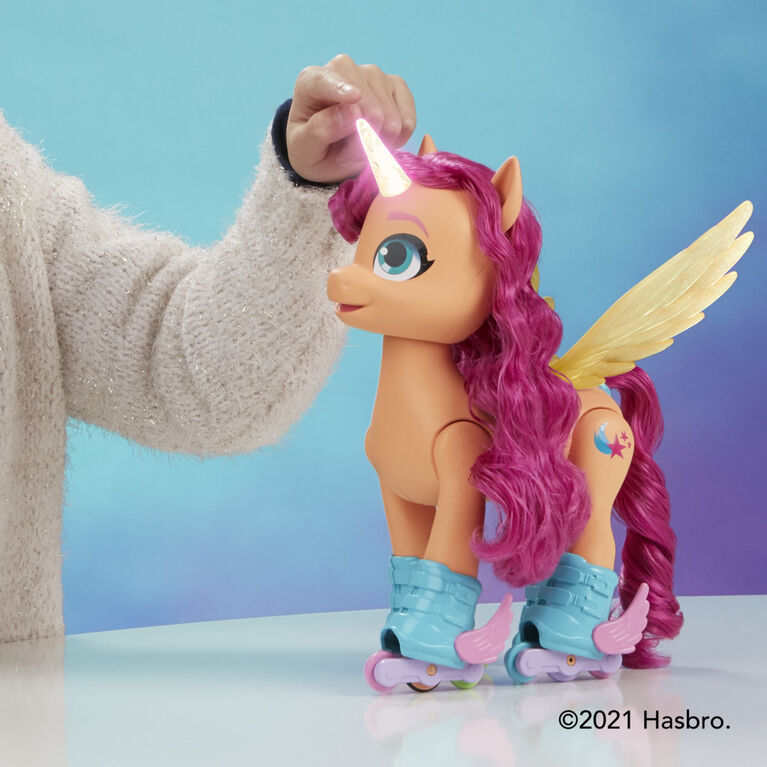 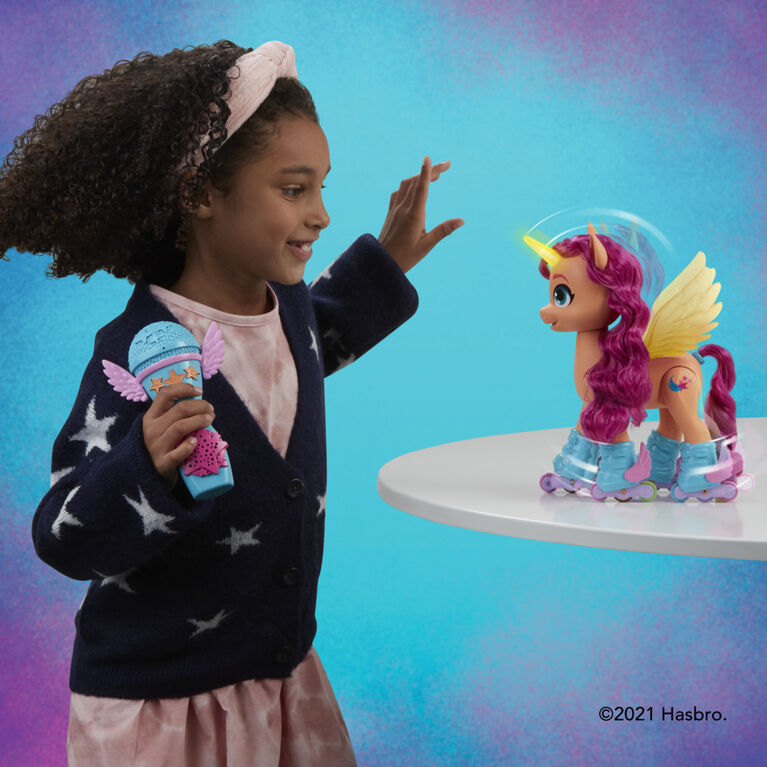 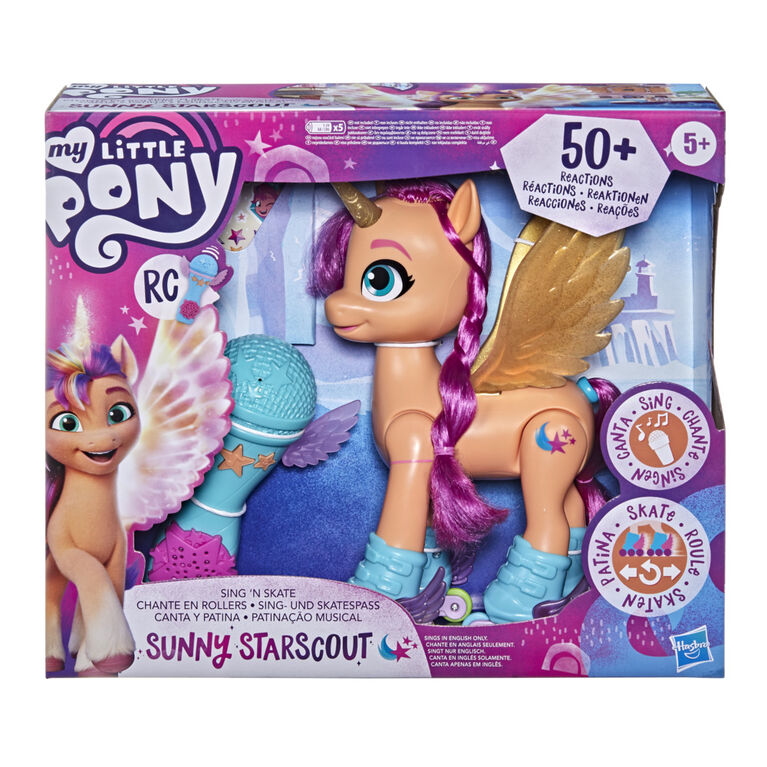 
Get to know Sunny Starscout: an adventurous pony from Maretime Bay! Sing 'N Skate Sunny Starscout is an interactive pony figure that kids can control. Comes with a cordless microphone that can be used for singing or as a remote control. Use the buttons on the microphone to move the figure forward or spin her around. Kids can also shake the RC microphone to make the figure move! Figure moves her heads and wings while she skates and sings part of the song "Gonna Be My Day." Features over 50 combinations of lights, sounds, and movement.

9-inch orange pony figure has long, soft pink hair and a character-inspired shooting star Cutie Mark on one side. Fans new and old can imagine adventures with My Little Pony: A New Generation movie-inspired toys. Makes a great holiday or birthday gift for kids ages 5 years old and up!

Ages 5 and up
WARNING: Small parts may be generated.
Powered by 5 AA batteries (not included). See instructions.
Sings and speaks in English only.
WARNING: This toy produces flashes that may trigger epilepsy in sensitized individuals.