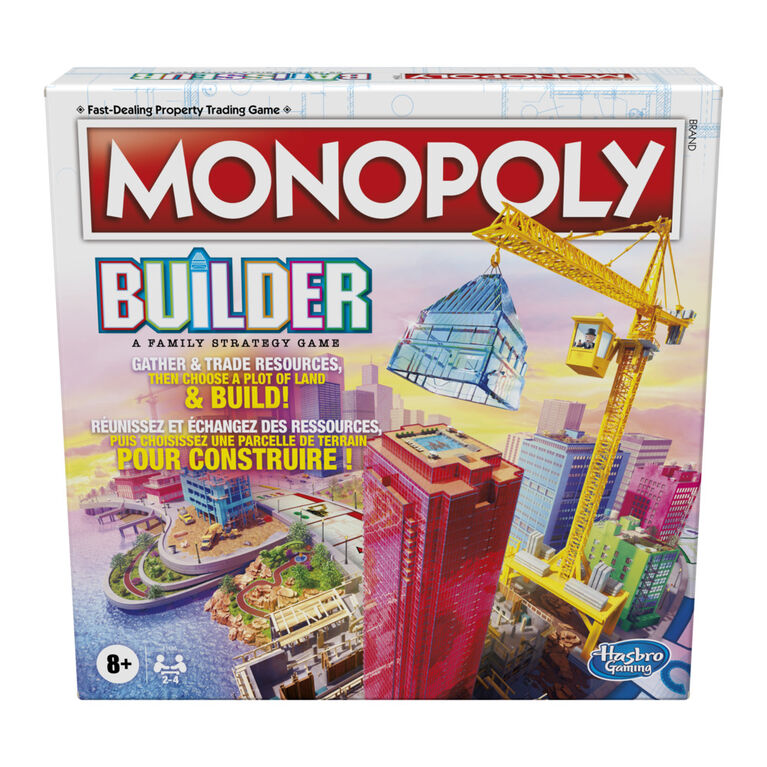 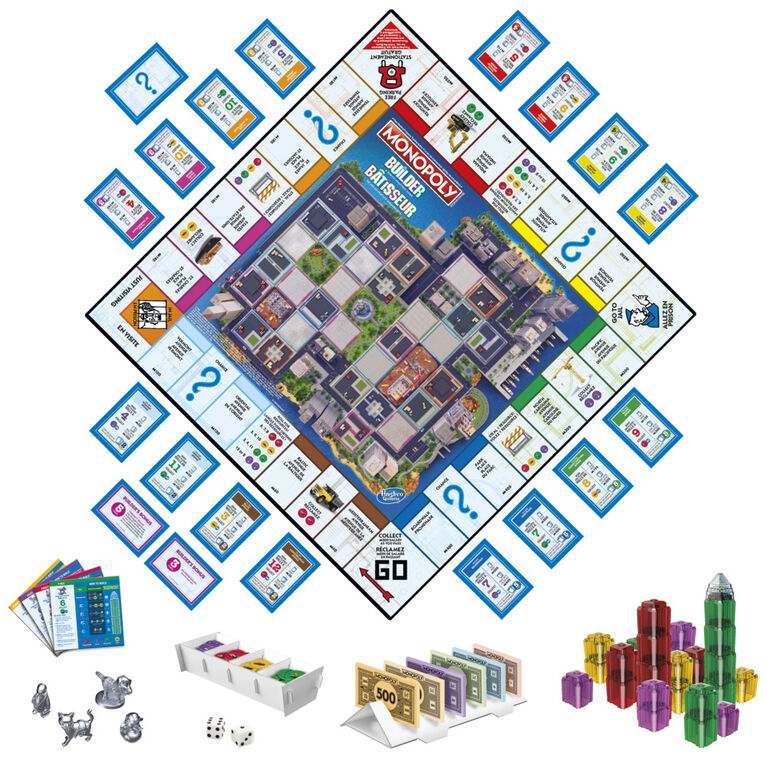 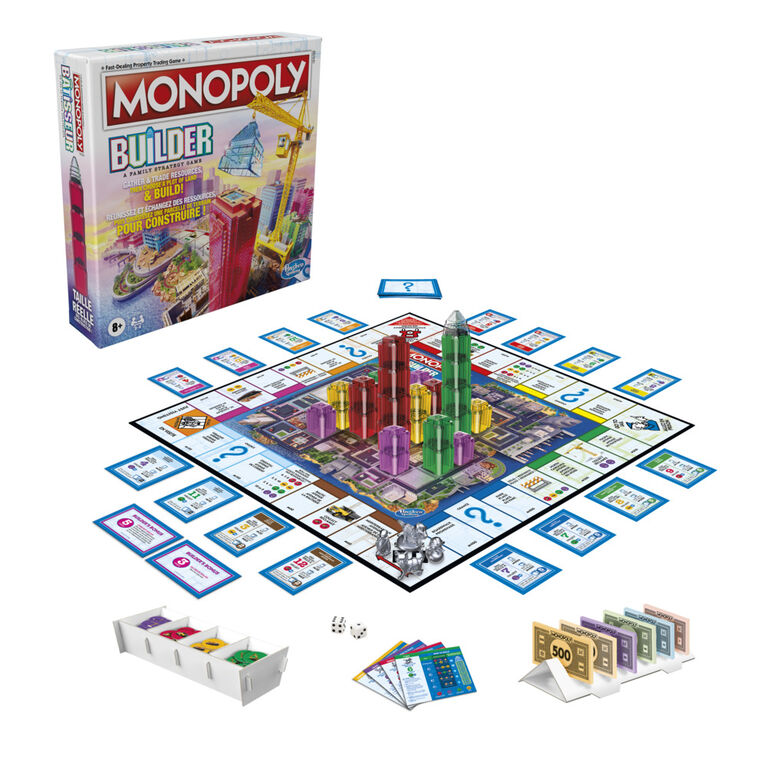 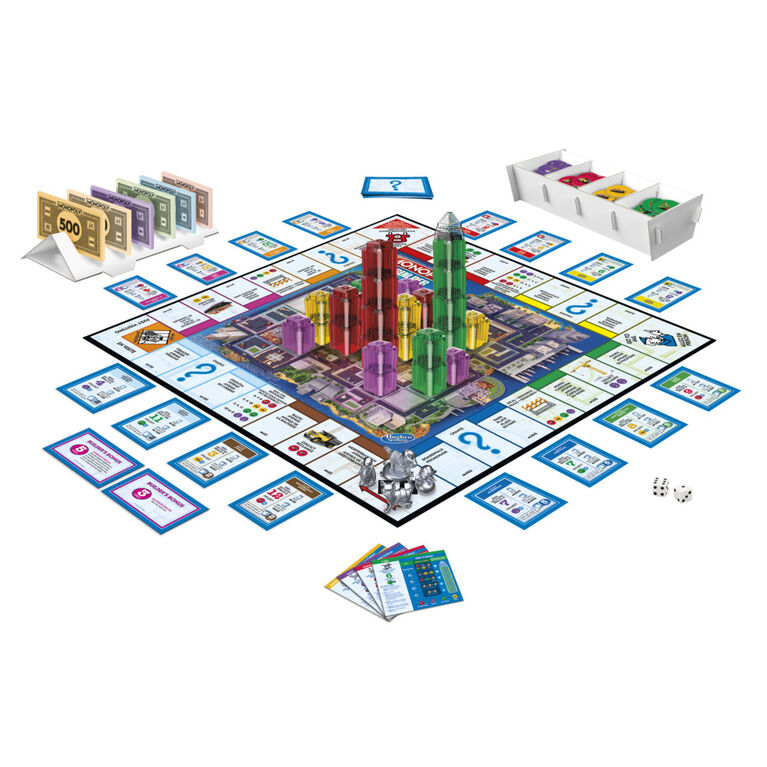 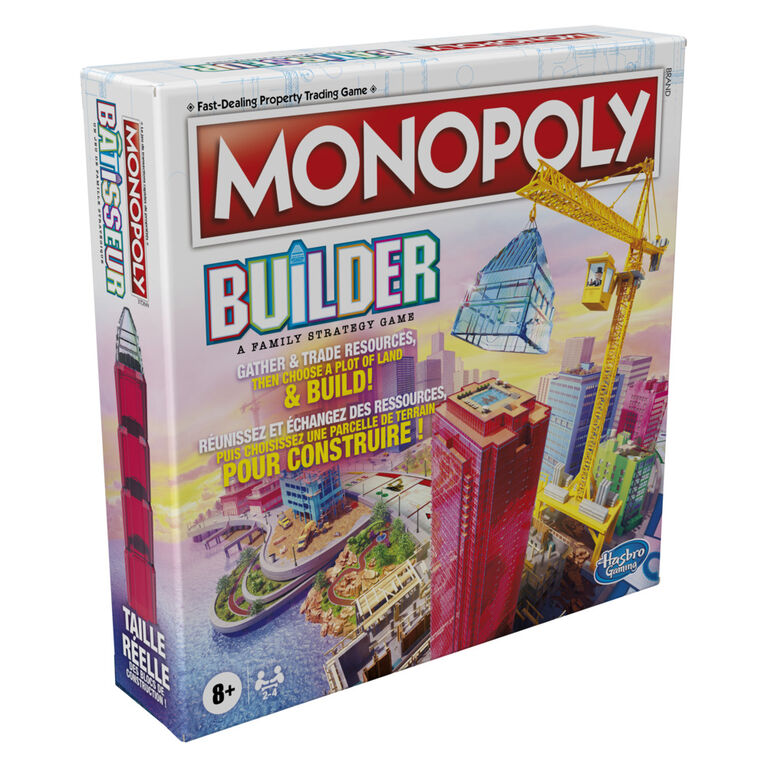 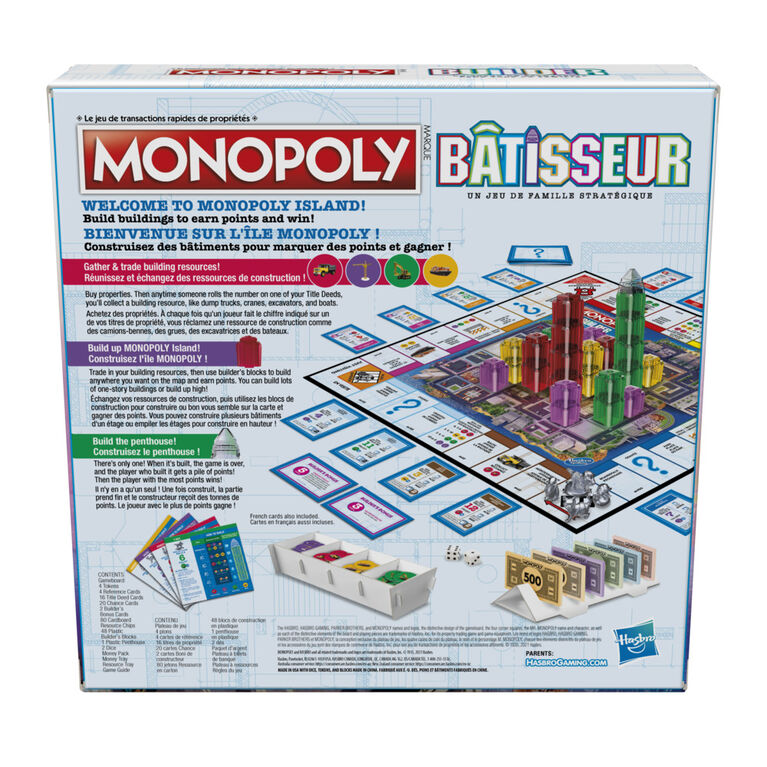 
It's the Monopoly game with a strategy twist on Monopoly Island, located in the center of the board. With the Monopoly Builder strategy game, players travel the board buying properties and collecting rent and resources. They also use builder's blocks to build their island city! The more a player builds, the more points they'll earn. The game ends when the penthouse has been built. Then the player with the most points wins! This family board game is designed for 2 to 4 players ages 8 and up -- it's a fun game to play.

The Hasbro Gaming, Parker Brothers, and Monopoly names and logos, the distinctive design of the gameboard, the four corner squares, the Mr. Monopoly name and character, as well as each of the distinctive elements of the board and playing pieces are trademarks of Hasbro for its property trading game and game equipment.