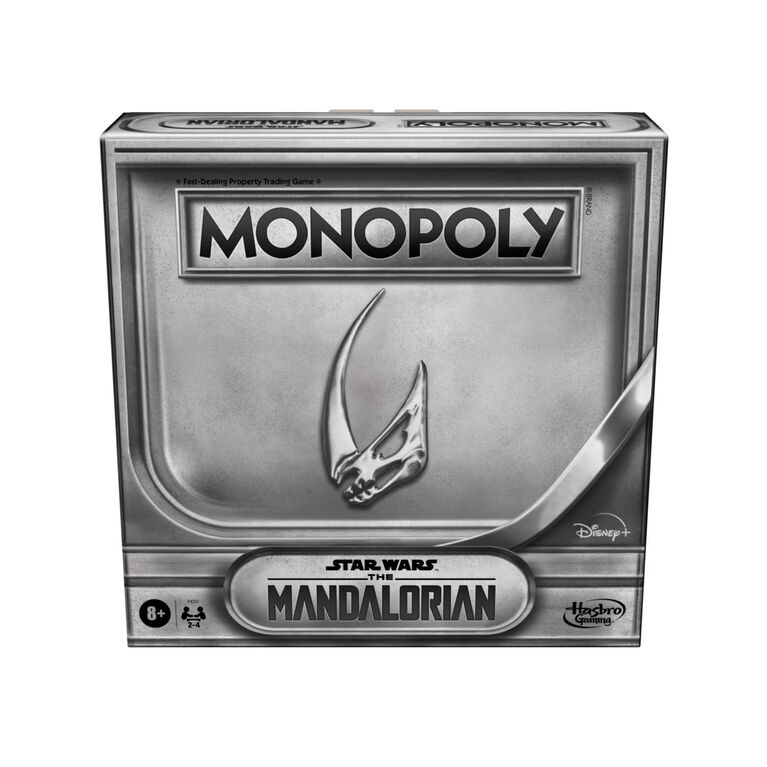 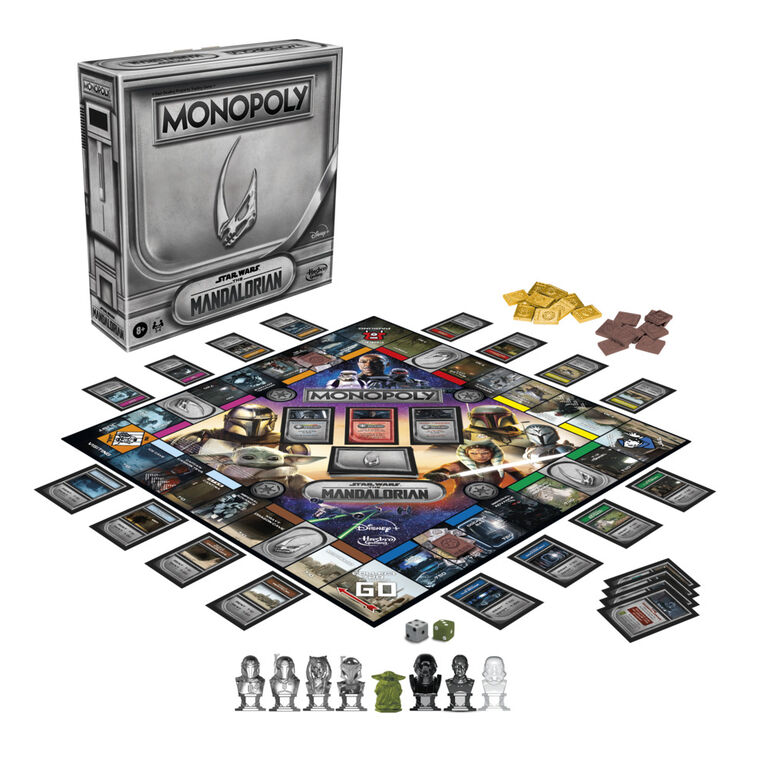 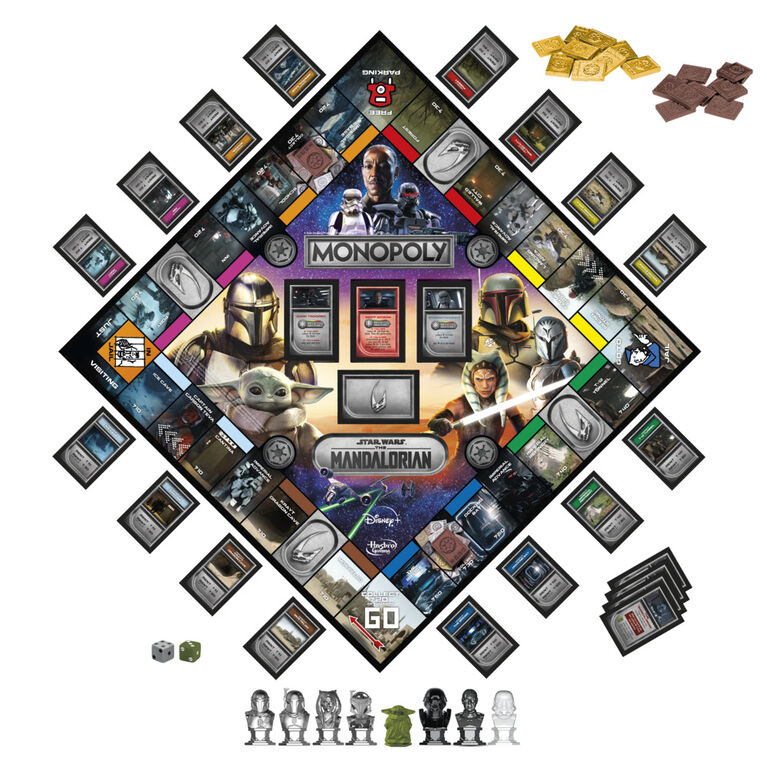 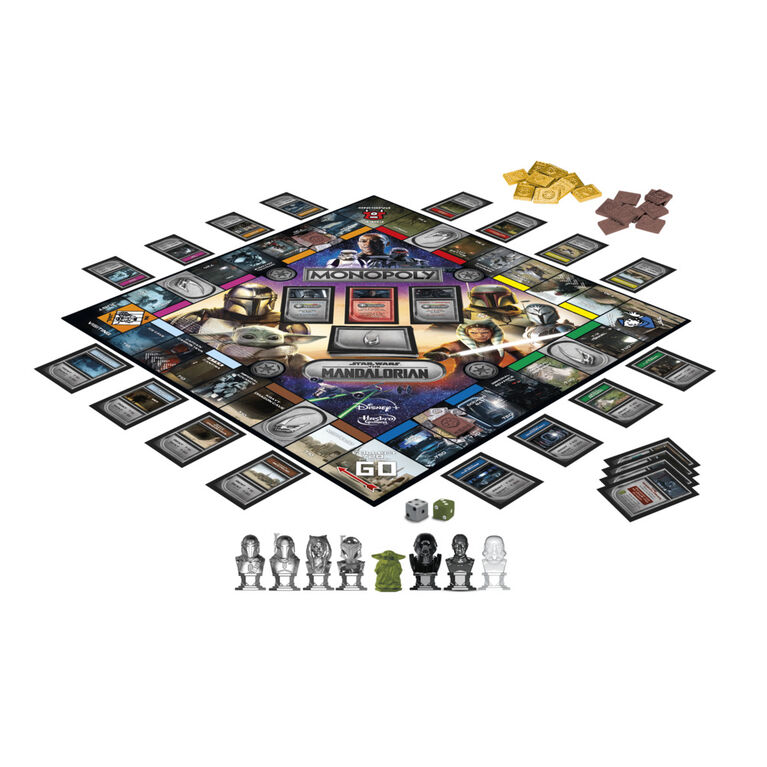 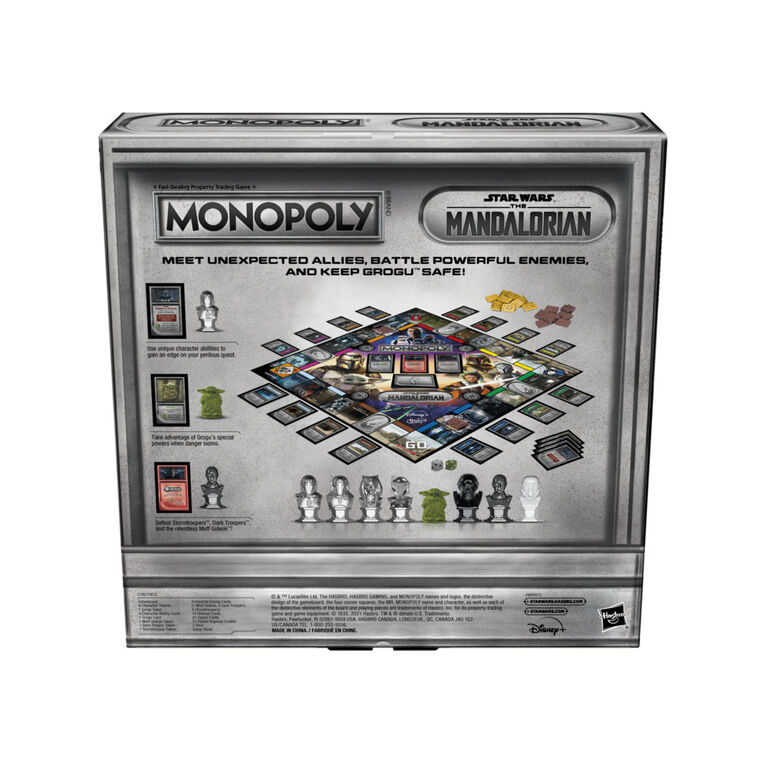 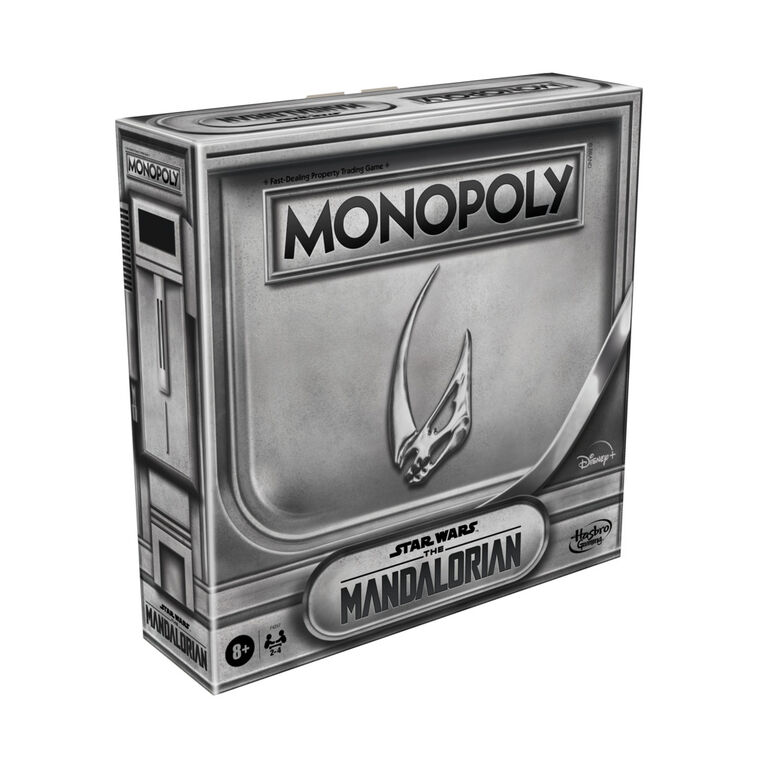 
Imagine being in a dangerous galaxy where Imperial enemies threaten the safety of Grogu, (the character fans call "Baby Yoda" or The Child). In this Monopoly: Star Wars The Mandalorian edition board game, inspired by season 2 of the series, players can play as The Mandalorian, Bo-Katan Kryze, Ahsoka Tano, or Boba Fett. Getting Grogu's token lets players use his special powers, and their character's special ability when danger looms. Buy hideouts, win battles, and earn Imperial credits. The player with the most Imperial credits wins, but be vigilant! If an Imperial enemy gets Grogu, the game's over for everyone!