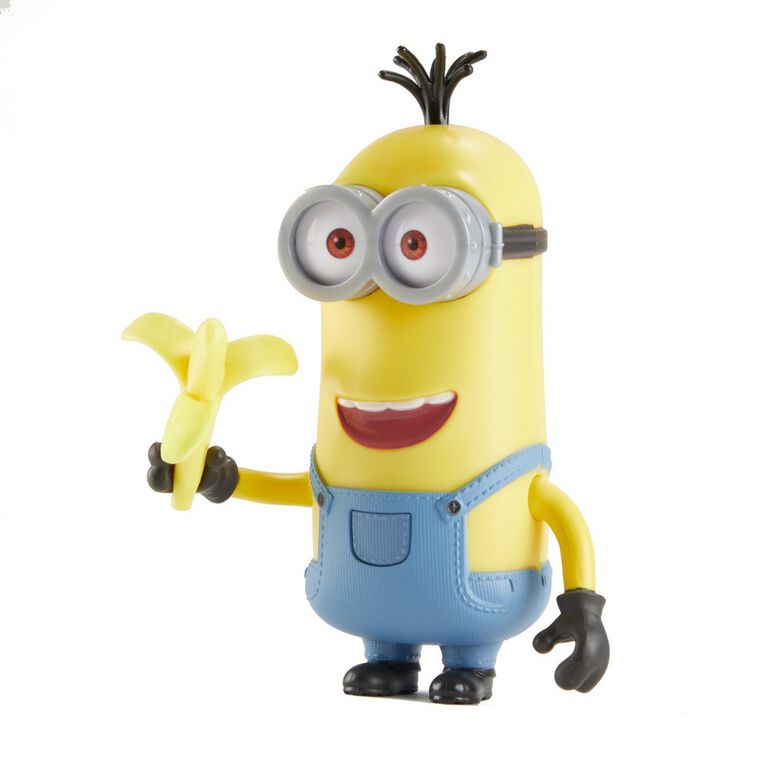 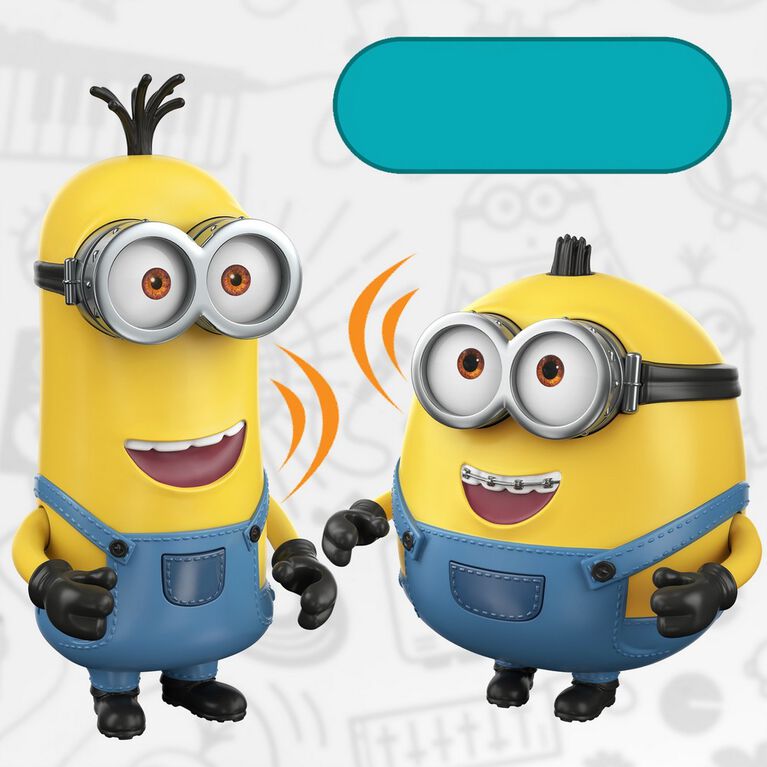 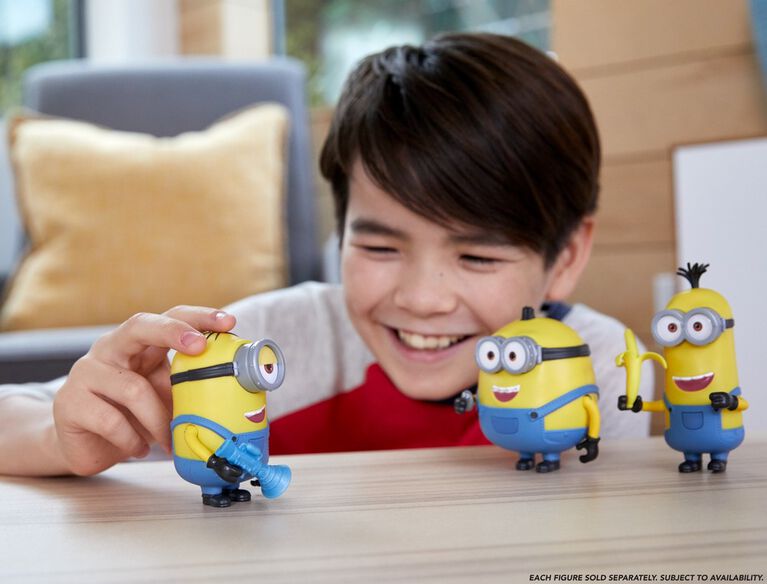 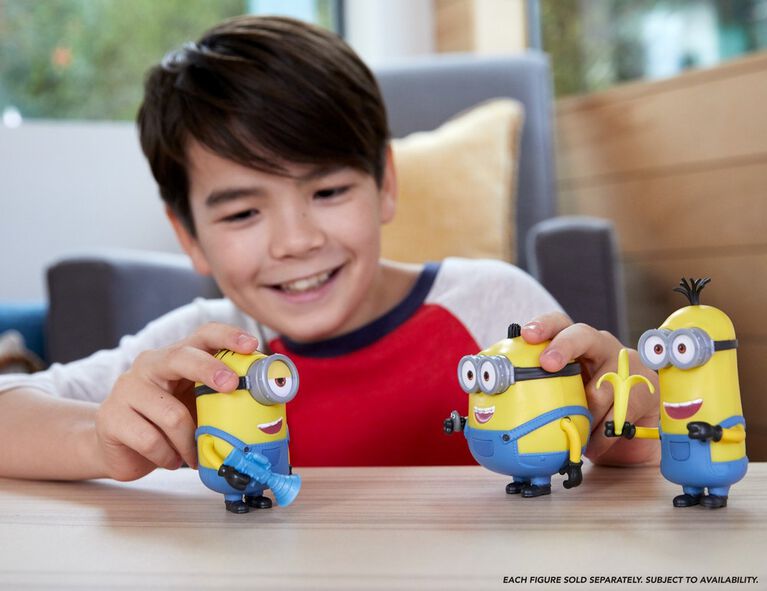 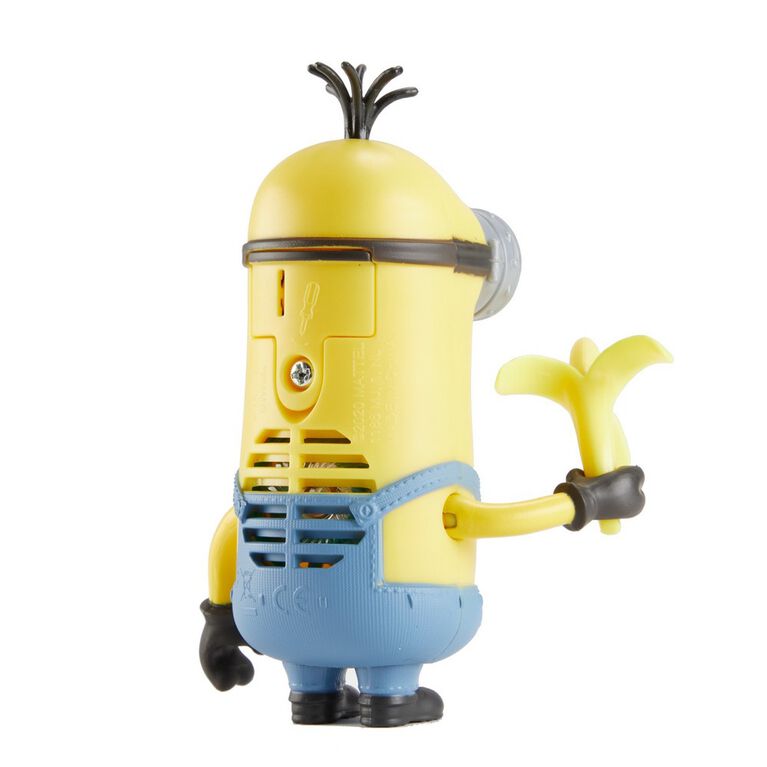 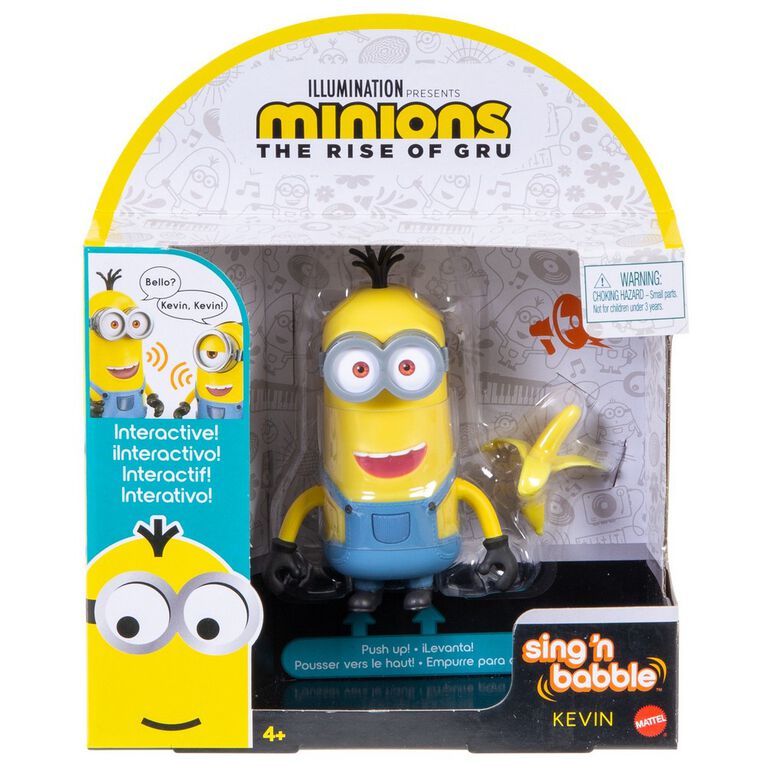 Pinch to zoom
The Minions Sing 'n Babble Kevin figure brings home the fun of Minions: The Rise of Gru ! Standing approximately 4 inches (10.2 cm) tall, Kevin interacts with all the other Minion Sing 'n Babble characters! This figure has 25 plus Kevin-specific sounds -chatter, songs and laughter -and comes with a banana accessory that is swappable with other same-sized Minion figures. Just push down on the figure and see Kevin interact like never before as he talks, sings, and respond to other Minions, calling them by name! Combining multiple Sing 'n Babble figures creates a talking and singing exchange of mischief! Each figure sold separately and subject to availability. Colors, decorations and dimensions may vary.