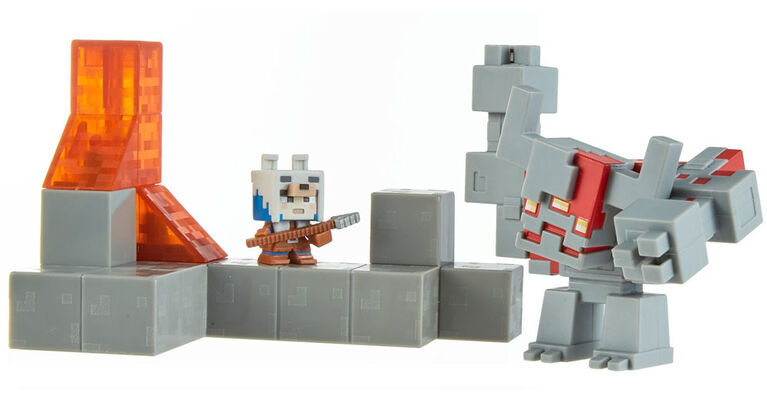 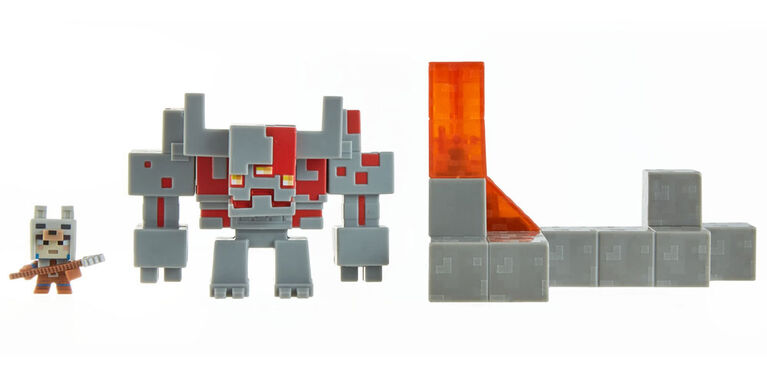 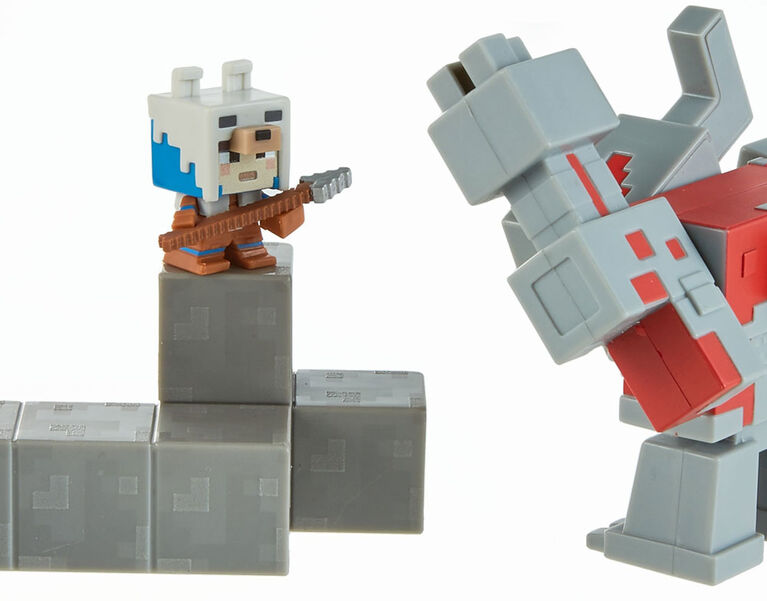 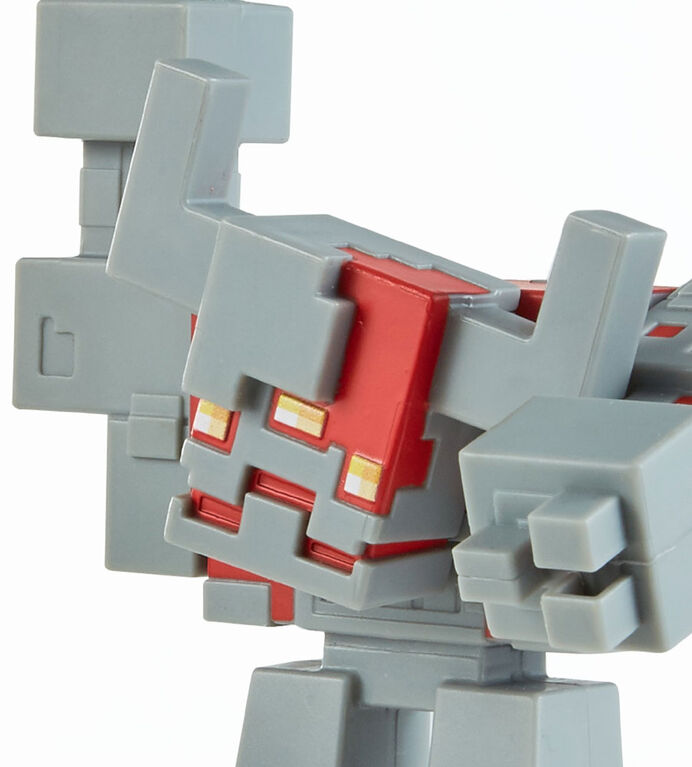 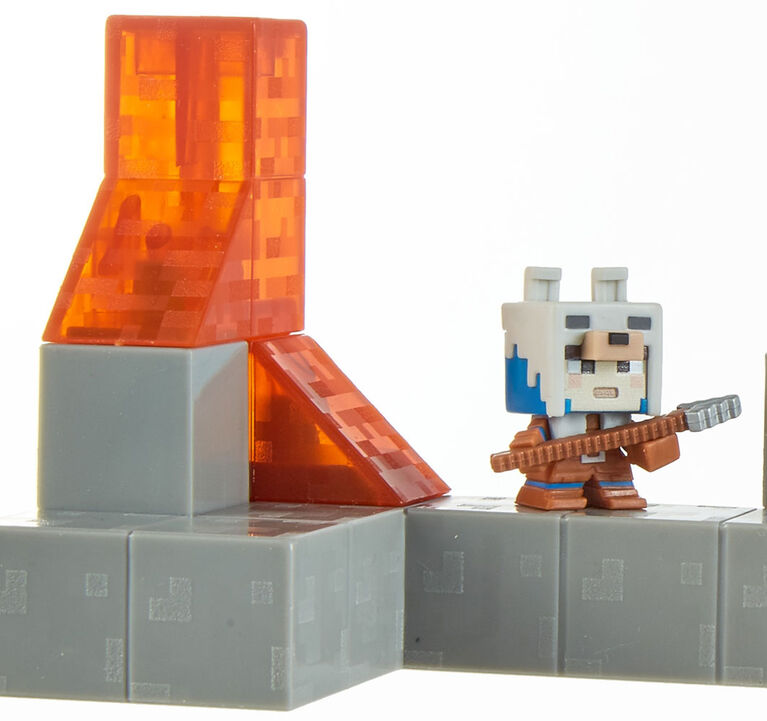 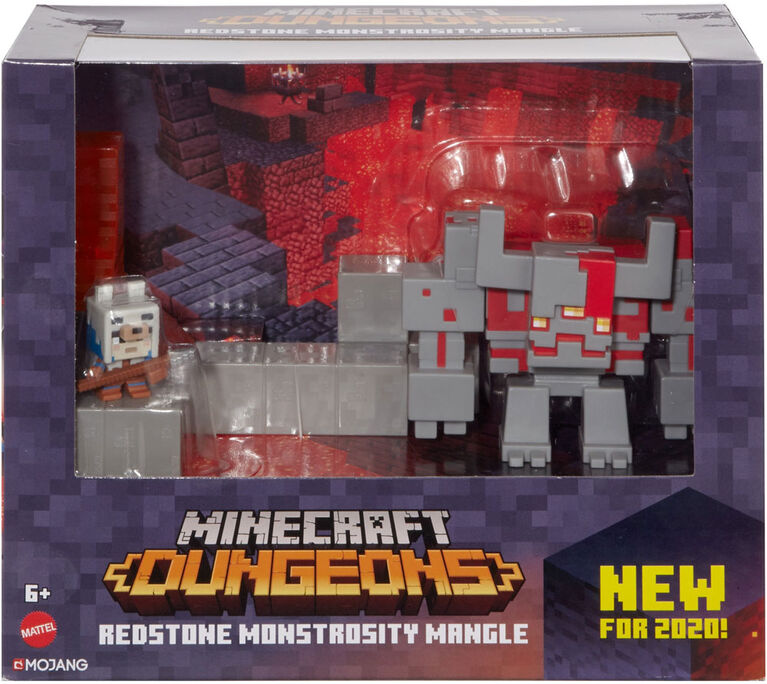 Pinch to zoom
This exciting Minecraft Dungeons-themed Mini Battle Box offers complete play right out of the box. Battle set includes an exclusive 3-in wide Redstone Monstrosity that reaches almost 4 inches tall! This terrifying Minecraft boss mob boasts authentic design details right down to his three yellow eyes. Also included: armored Valorie mini figure. Ever battle ready, she wields a sword and is armed to take on the Redstone Monstrosity! Battle box comes with a lava set piece for even more storytelling options! All kids have to do is add imagination, and they're well on their way to exploring the new dark world of canyons, swamps, dungeons and mines! It's an exciting, complete battle-in-a-box set for Minecraft fans. Colors and decorations may vary.