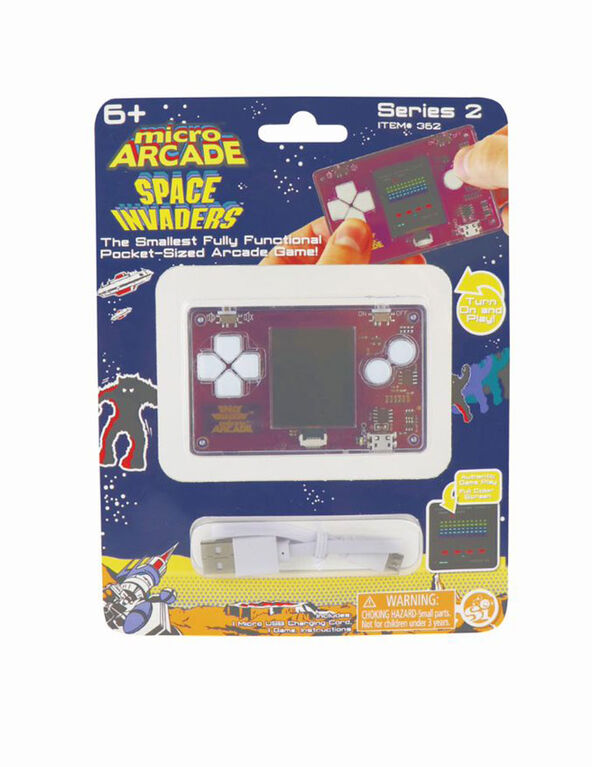 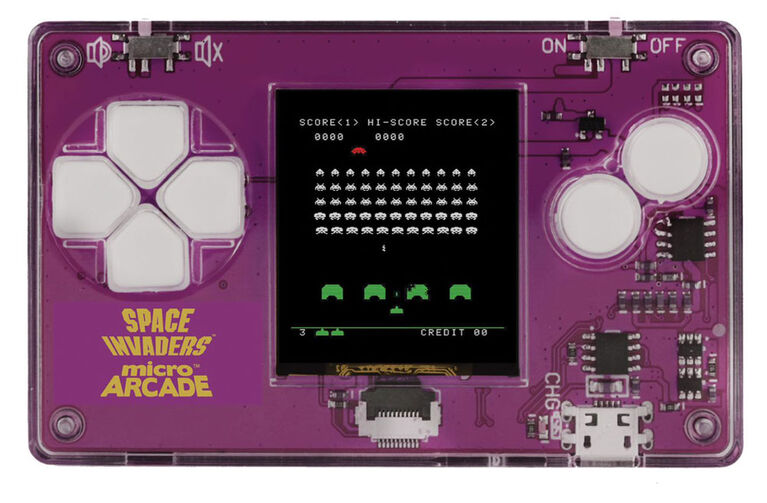 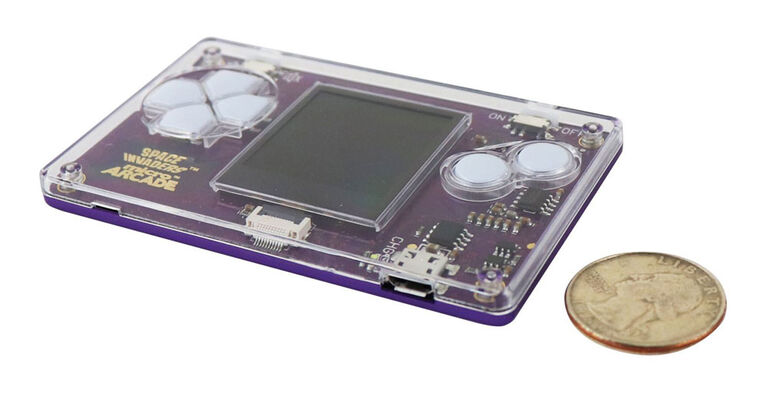 Pinch to zoom
Play Micro Arcade Space Invaders, the incredibly popular video game from the 80's in micro size! Use the buttons to fire at swarms of extraterrestrials to prevent the alien invasion and defend the planet!  Earn as many points as possible by firing the laser cannon at the descending aliens.  But, watch out, as more aliens are defeated, the gameplay gets faster.