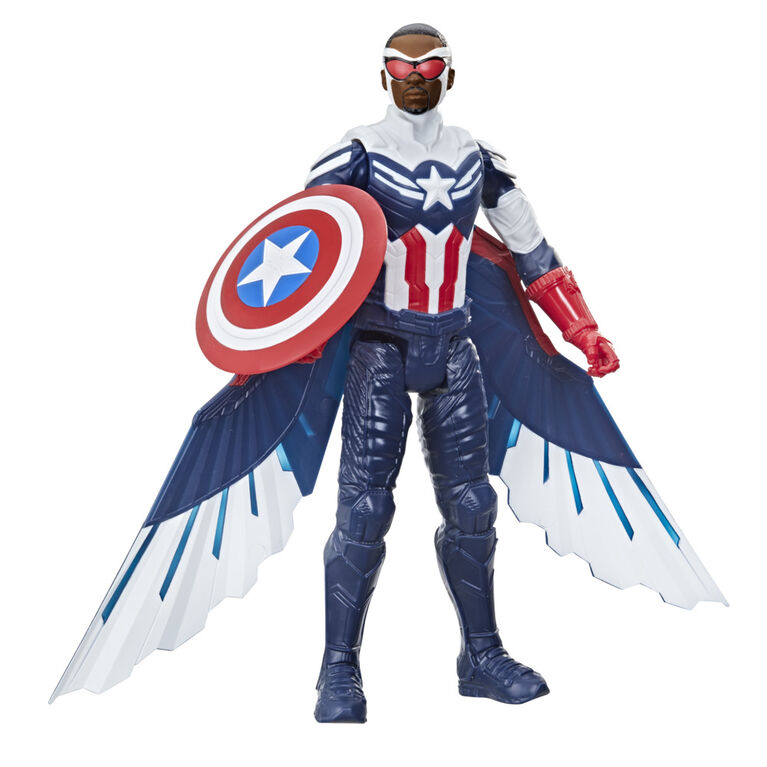 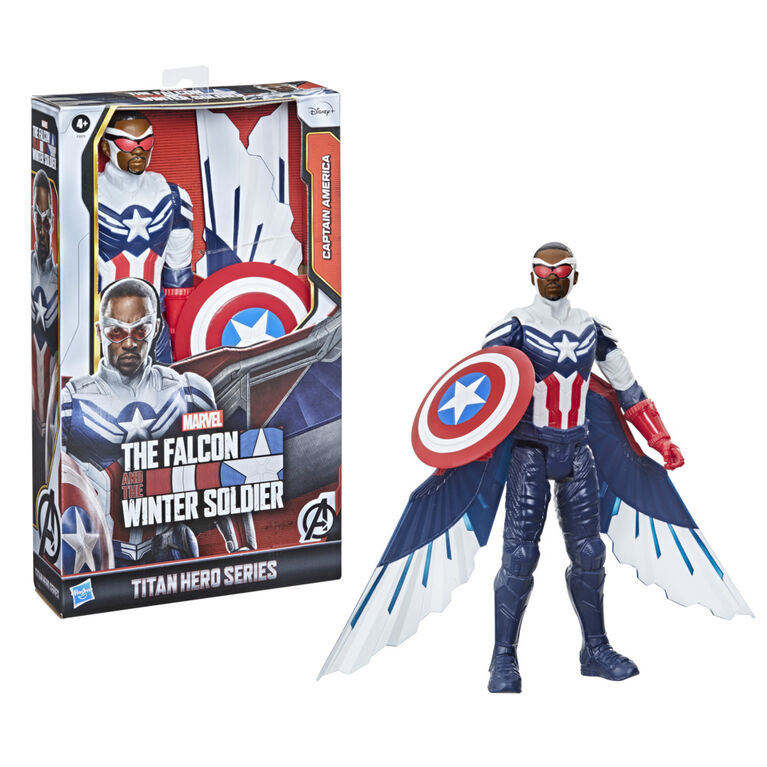 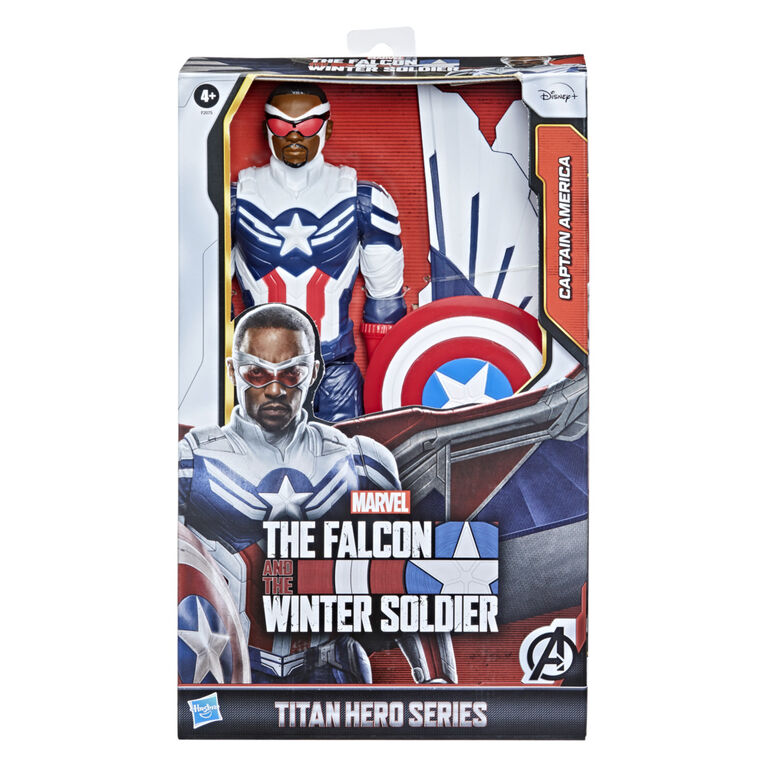 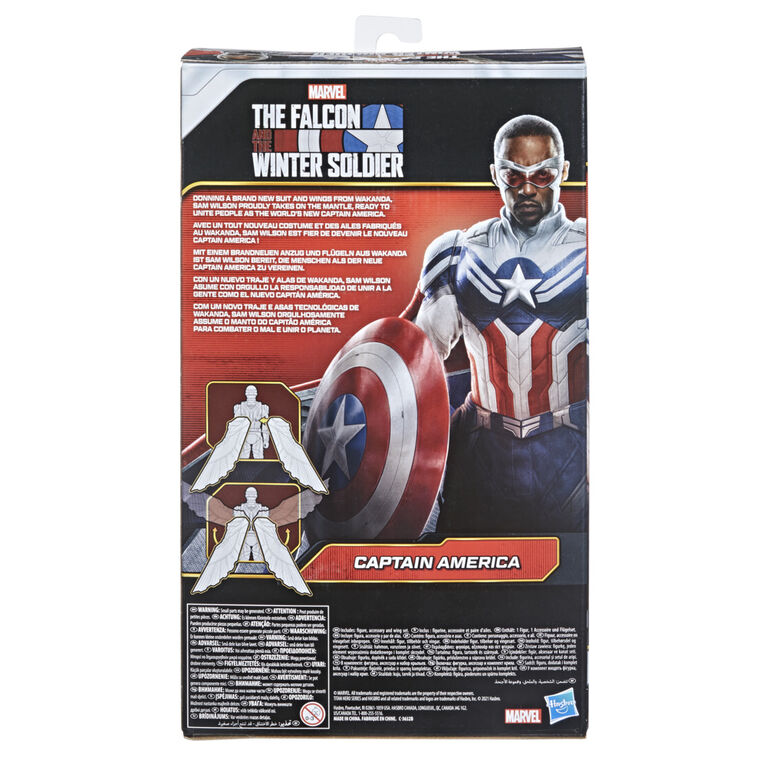 
Donning a brand new suit and wings from Wakanda, Sam Wilson proudly takes on the mantle, ready to unite people as the world's new Captain America!

Imagine the brave Sam Wilson flying into battle with this Captain America figure from the Titan Hero Series!
Leap into adventure with your favorite Avengers figures and role play items inspired by the Marvel Cinematic Universe. With this entertainment-inspired line of toys, including Thor, Loki, Iron Man, and War Machine, boys and girls can imagine the bold action as heroes battle villains in an epic struggle for the fate of the world.