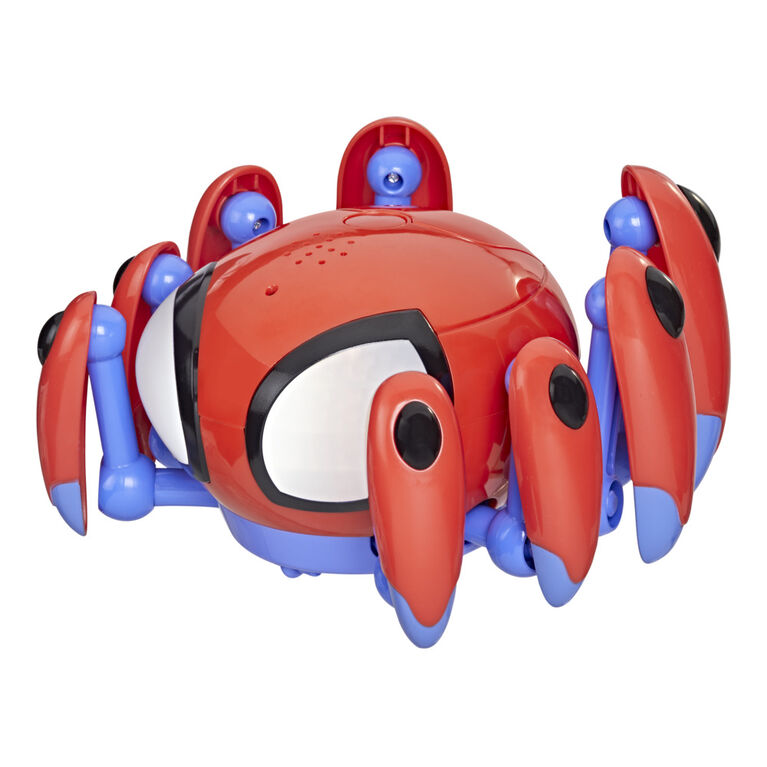 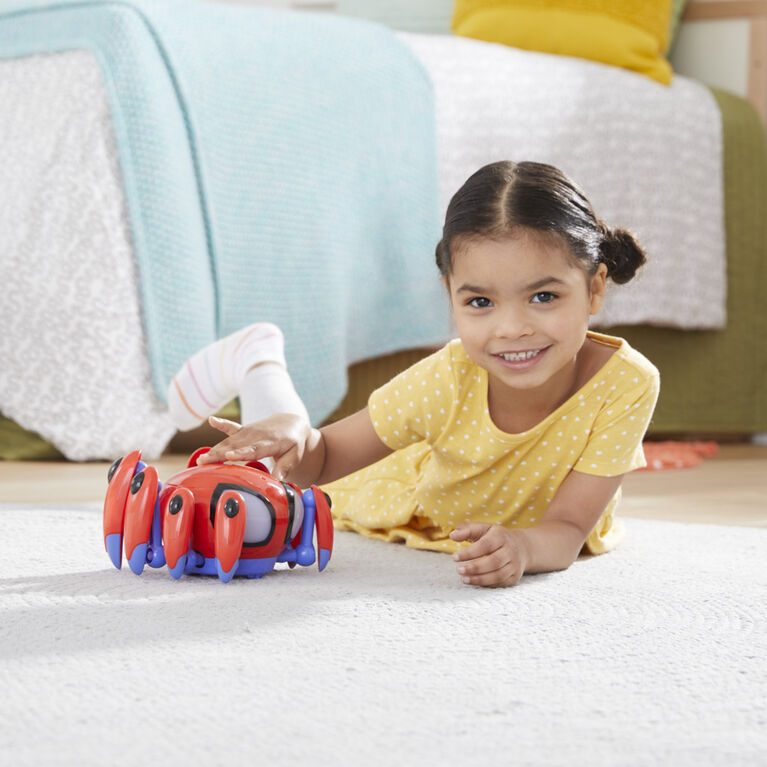 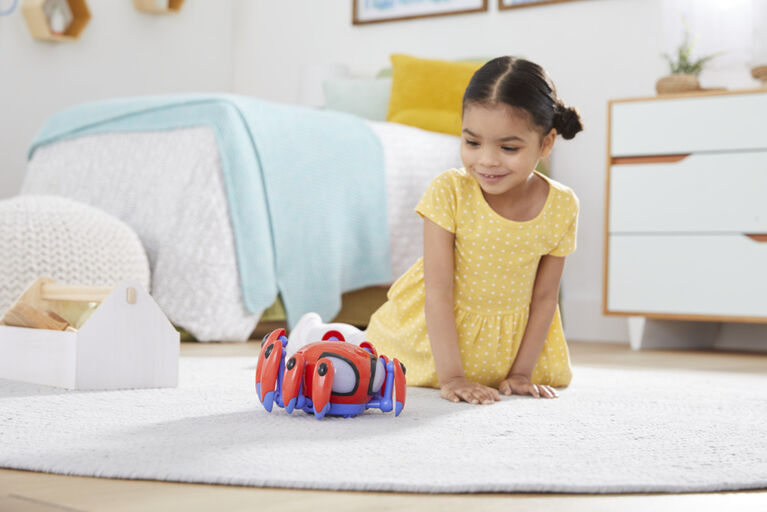 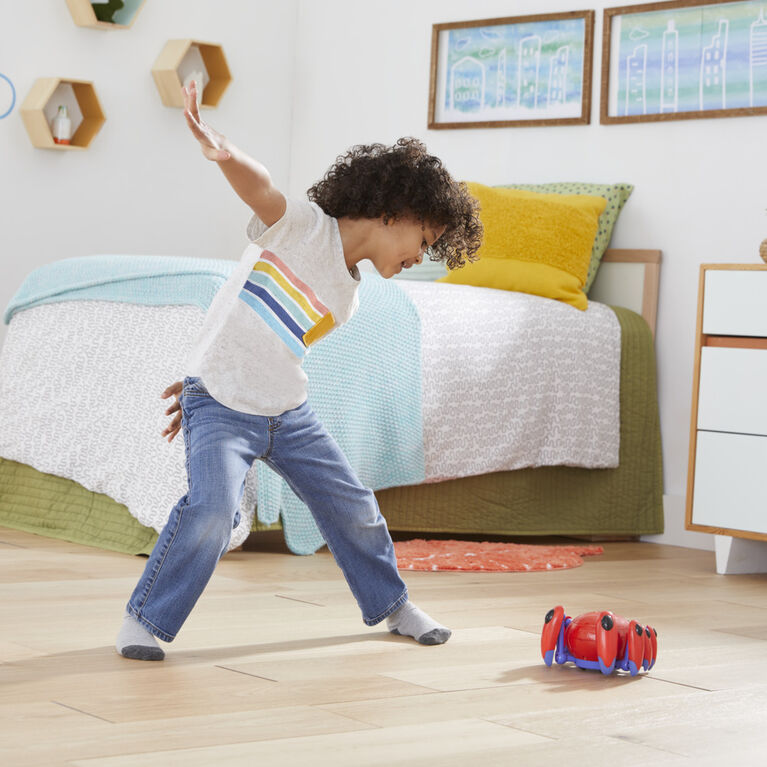 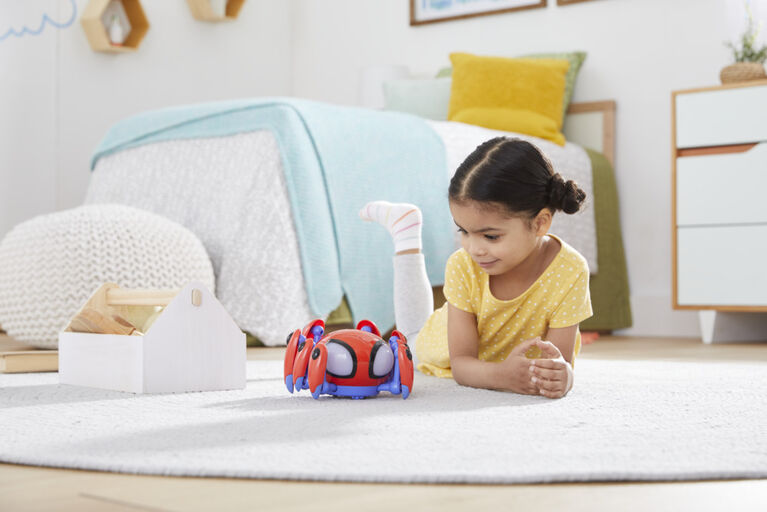 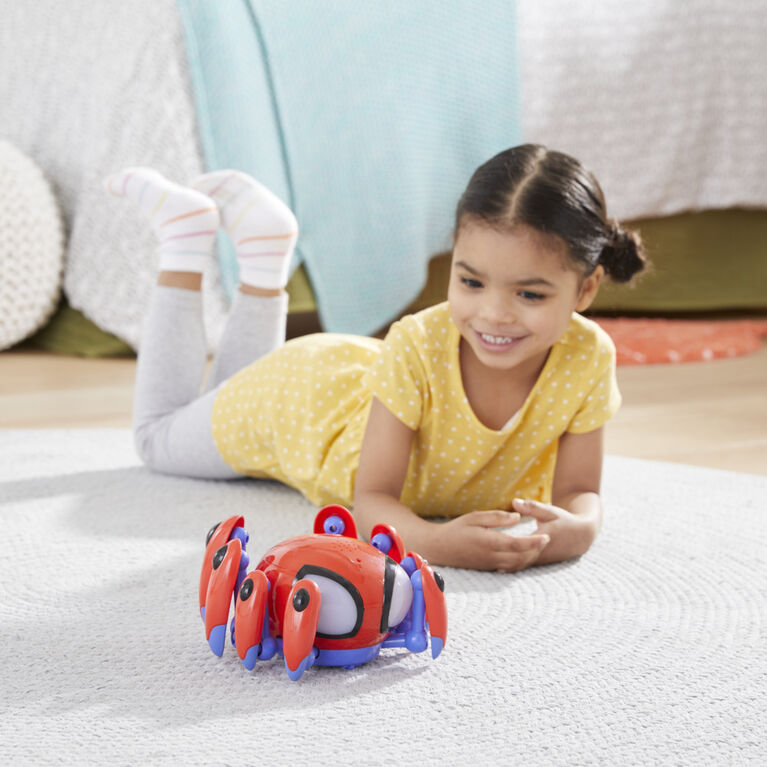 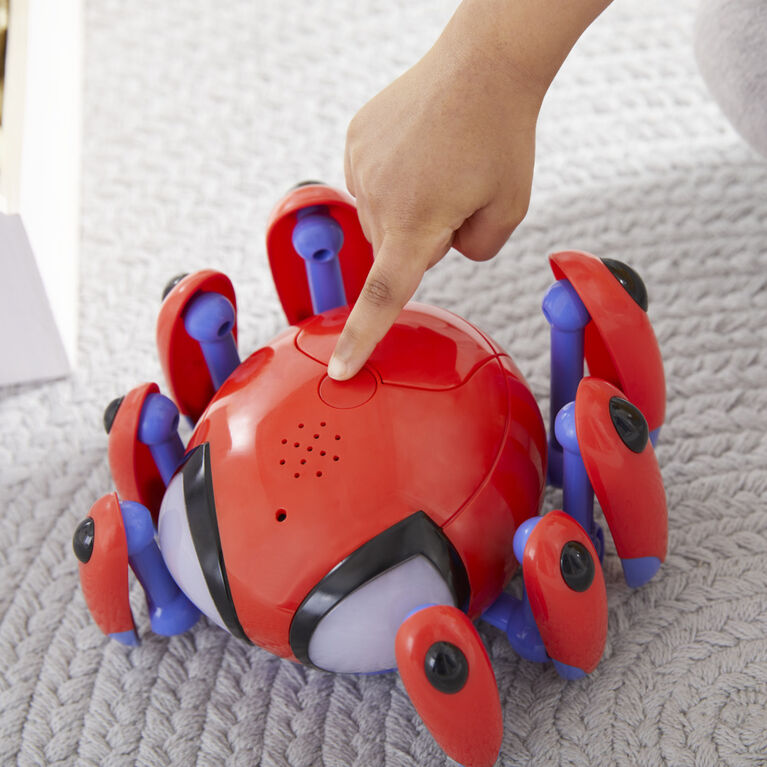 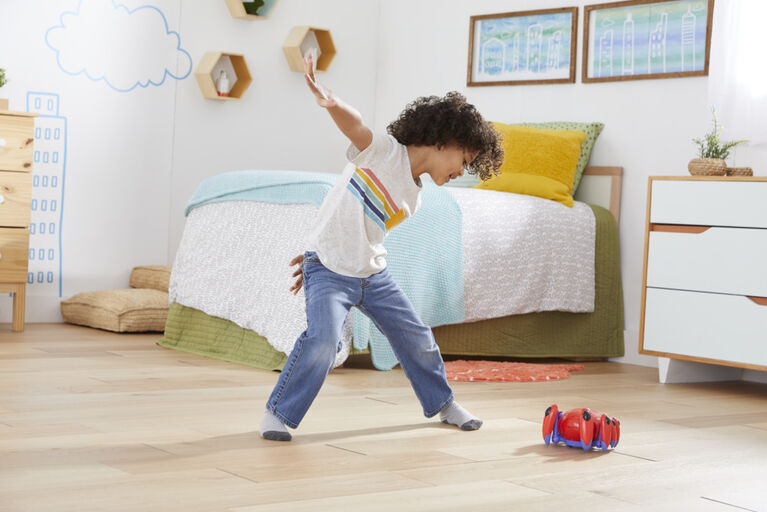 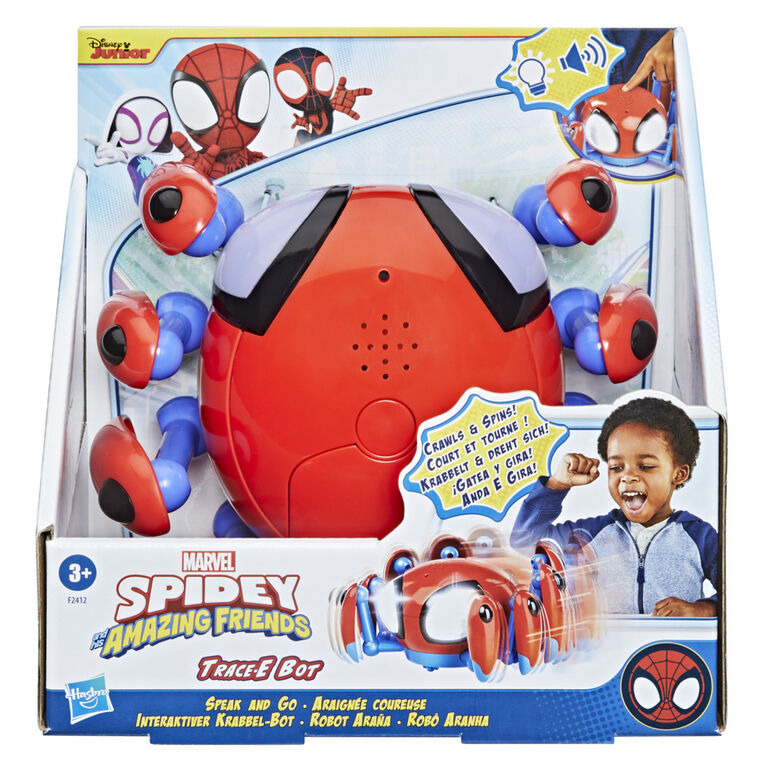 
Trace-E the electronic spider-bot teams up with humans big or small for amazing fun! Make noises like clapping or speaking and this spider-bot reacts with expressive light-up eyes and bot noises, and crawls and spins around the room! Attention-getting Trace-E spins a web of interactive fun for preschoolers and friends.

It's Spidey Time! Marvel's Spidey and His Amazing Friends follows the adventures of the Super Hero Spidey and all his heroic friends! Spidey, Ghost-Spider, and Miles Morales all have super spider-powers: spider-sense, super-strength, wall-crawling, and more! They're even stronger when they're working together as the amazing Spider Team! But even the best team sometimes needs a helping hand; that's when it's good to have allies like Ms. Marvel, Black Panther, and even Hulk! It's hard being a Super Hero, but it helps when you have such Amazing Friends!

Ages 3 and up
Warning: Choking Hazard - Small parts may be generated. Not for children under 3 years.
WARNING: This toy produces flashes that may trigger epilepsy in sensitized individuals.
Requires 3 AAA batteries (demo batteries included).

Marvel Spidey and His Amazing Friends Speak and Go Trace-E Bot, Electronic Spider Bot Toy is rated 3.0 out of 5 by 2.
Website Price: $39.99