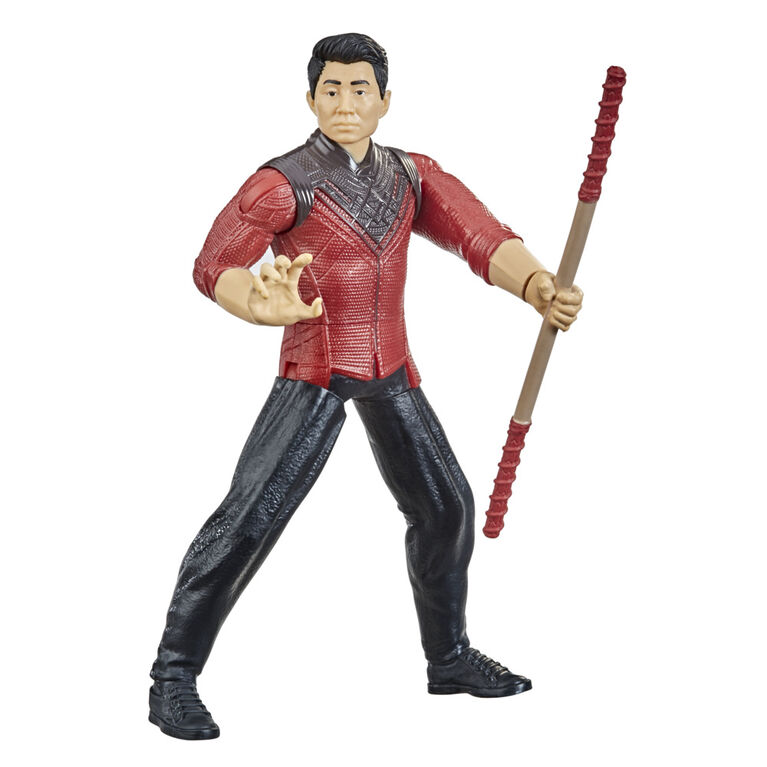 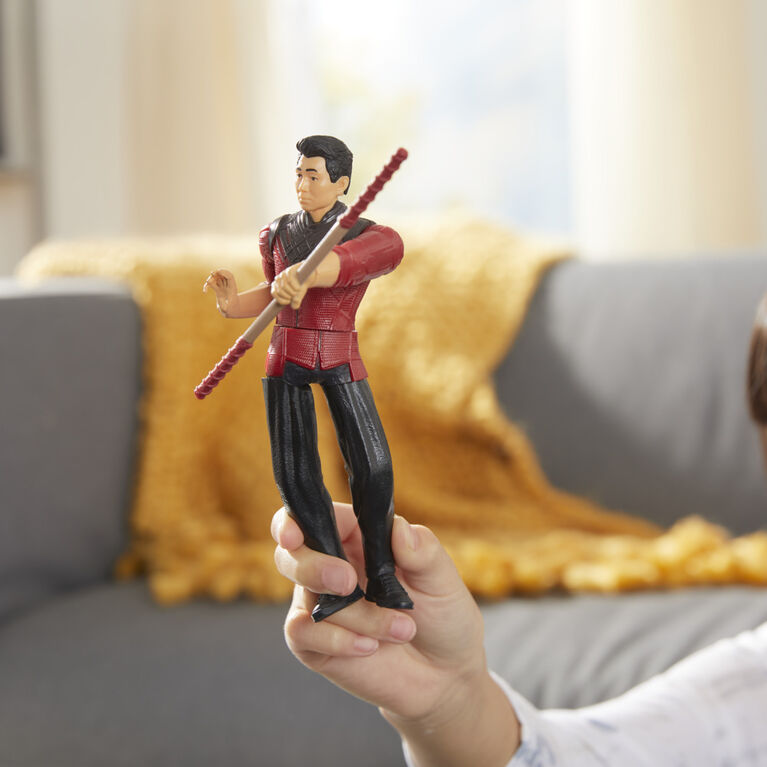 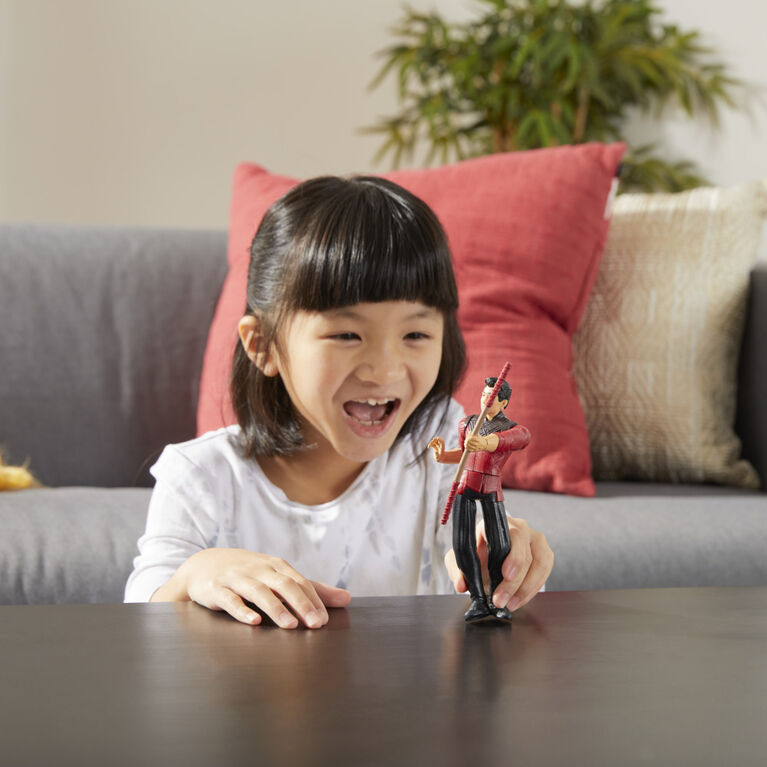 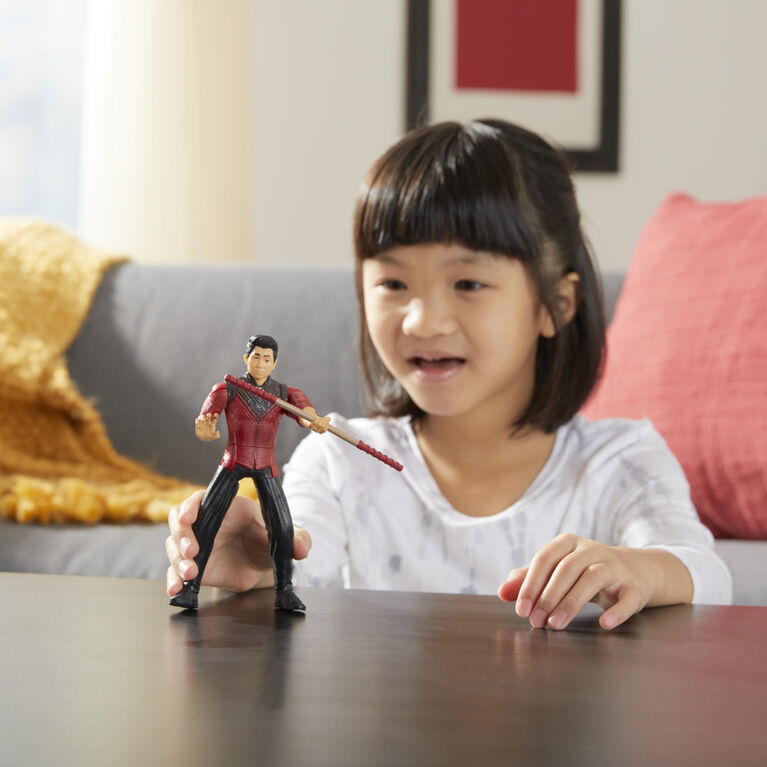 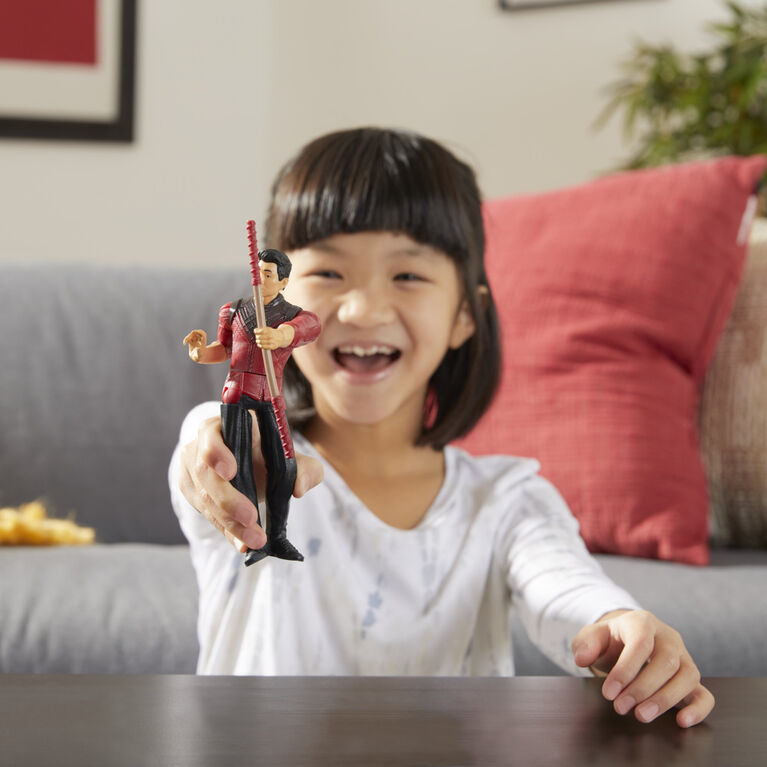 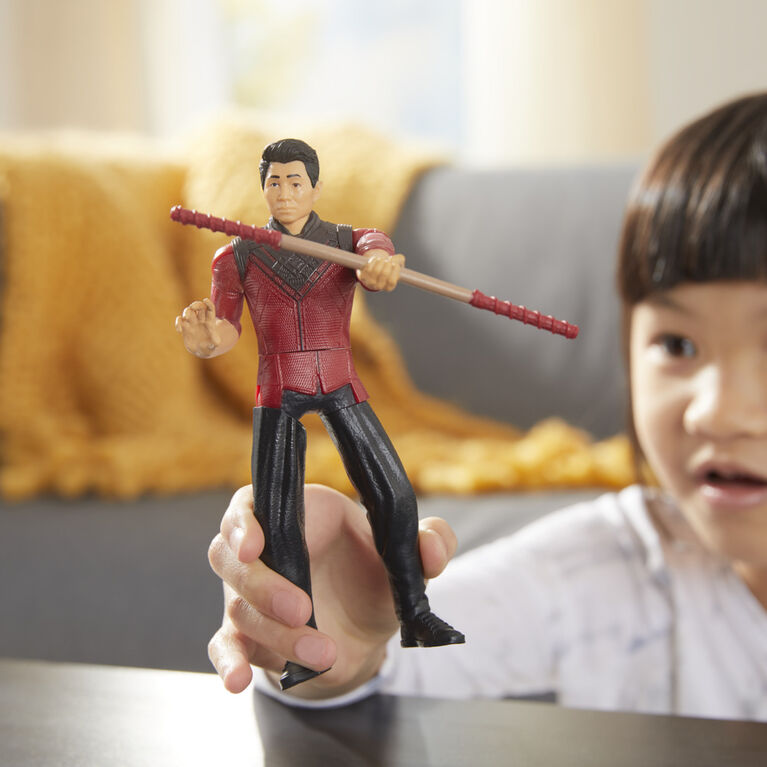 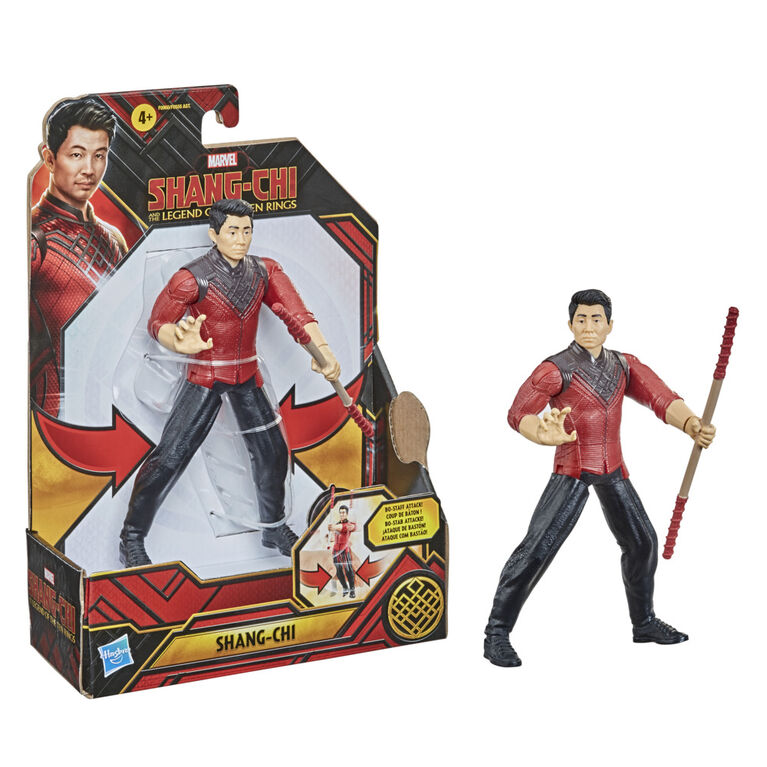 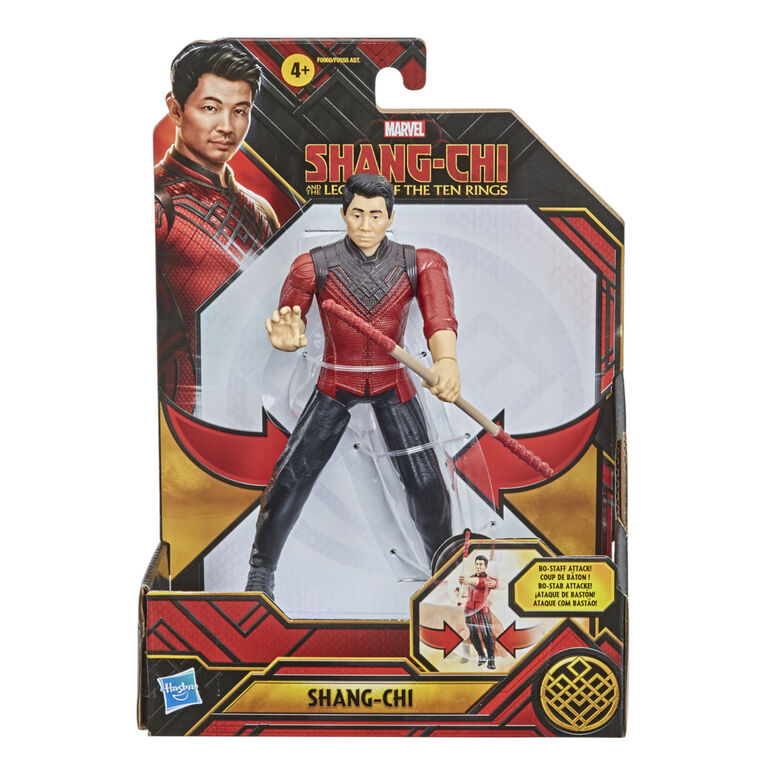 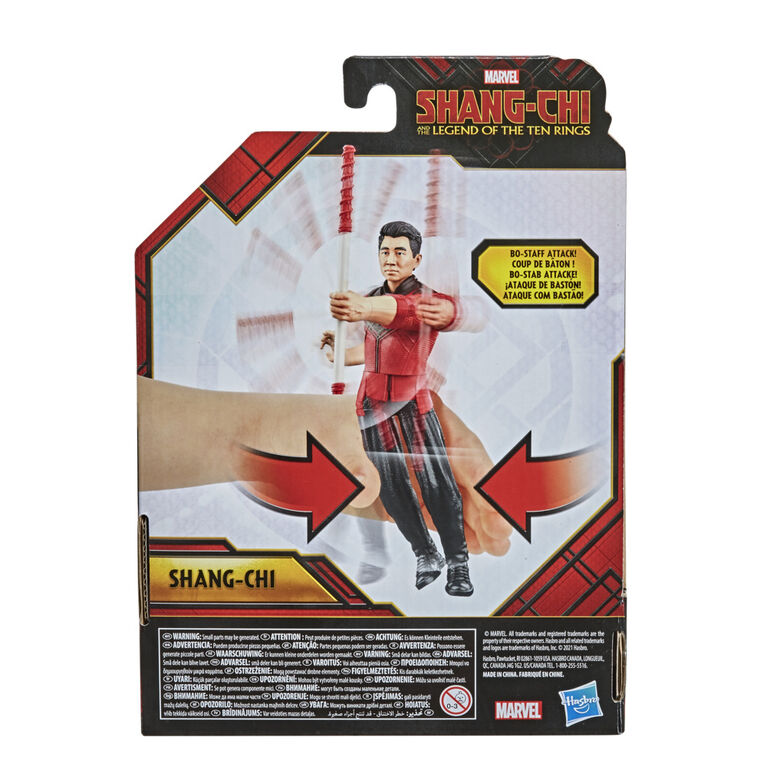 
Wielding his Bo Staff against opponents, Shang-Chi practices stick fighting, one of many martial arts.

Join Shang-Chi and the power of the legendary Ten Rings as he tangles with formidable foes! Shang-Chi was trained in many martial arts for the secretive Ten Rings organization. On his journey toward mastery, he is drawn into a powerful web and must confront the past he thought he left behind. Kids can imagine their own adventure to claim their destiny with this Shang-Chi with Bo Staff Attack figure, inspired by the movie Shang-Chi And The Legend Of The Ten Rings, part of the Marvel Cinematic Universe.