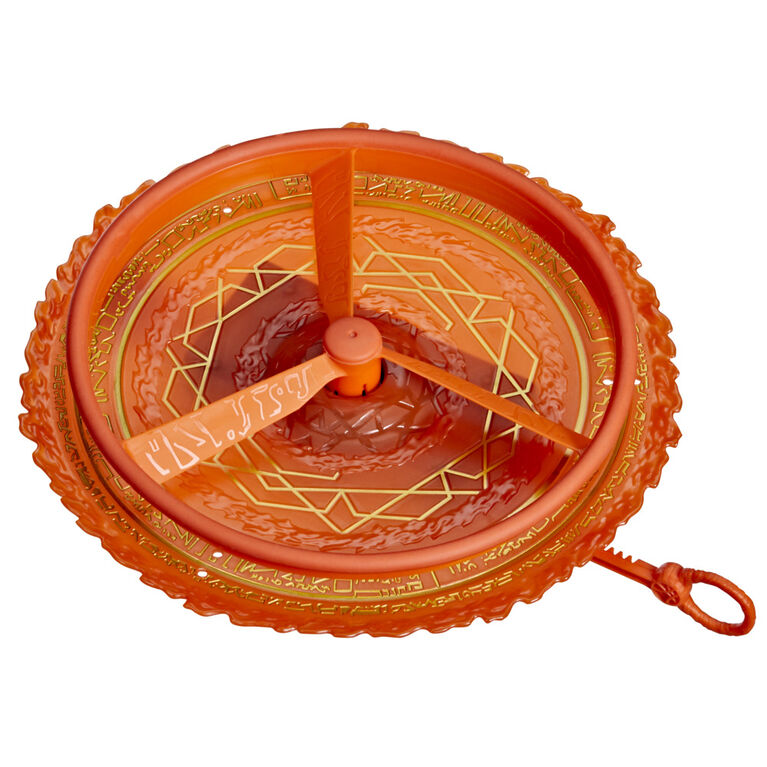 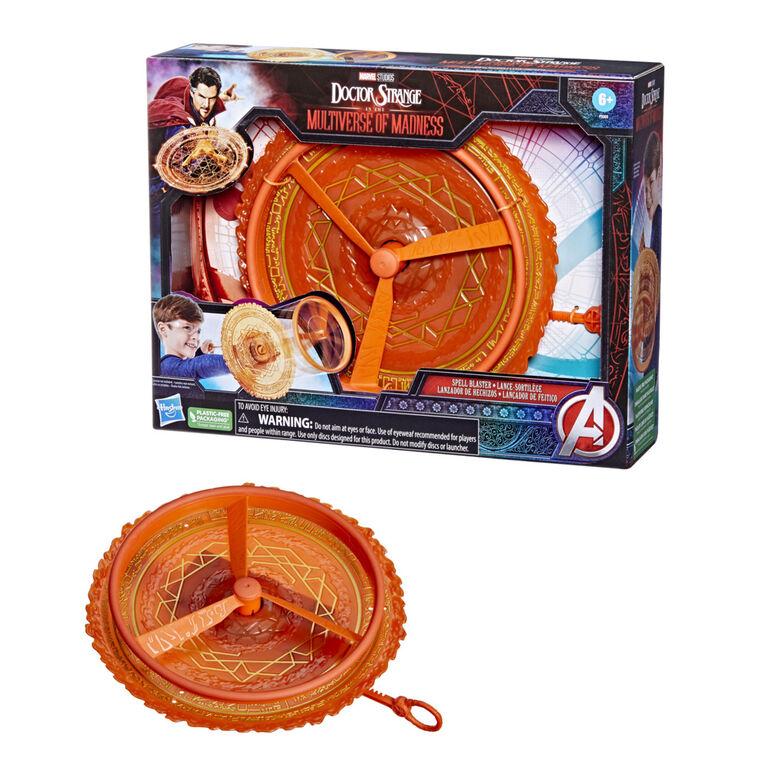 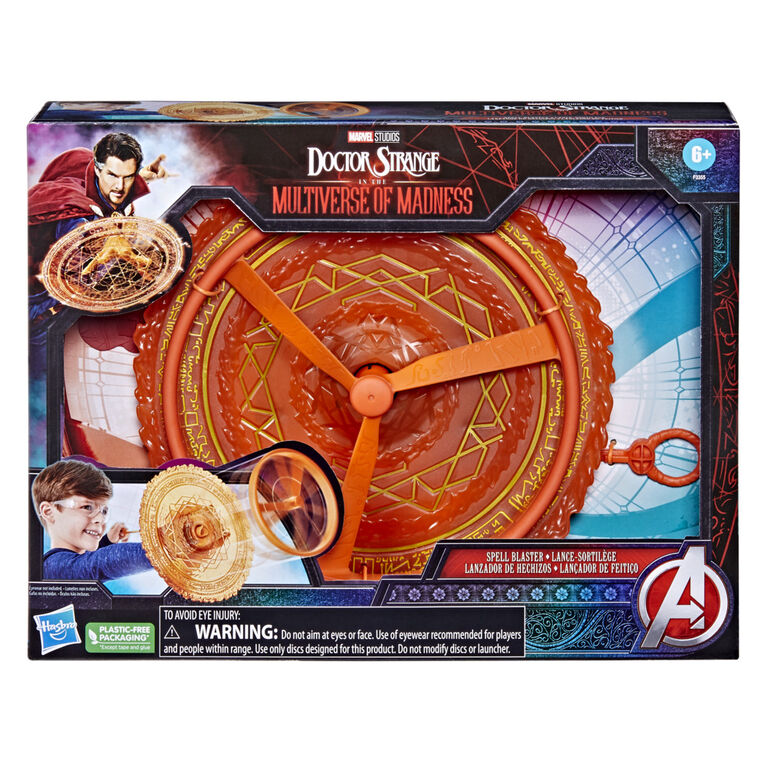 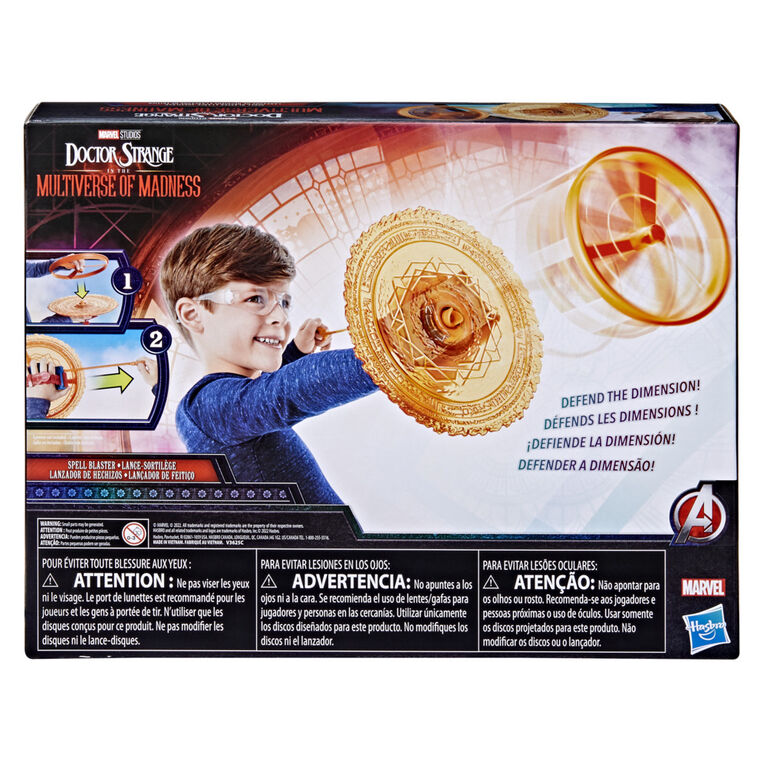 
Doctor Strange, with the help of mystical allies both old and new, traverses the mind-bending and dangerous alternate realities of the Multiverse to confront a mysterious new adversary.

Ages 6 and up.
WARNING: Small parts may be generated. Not for children under 3 years.
TO AVOID EYE INJURY: WARNING: Do not aim at eyes or face. Use of eyewear recommended for players and people within range. Use only official Hasbro projectiles. Other projectiles may not meet safety standards. Do not modify projectiles or blaster.
Eyewear not included.

Marvel Doctor Strange in the Multiverse of Madness Spell Blaster Turbine Disc Launcher Roleplay Toy is rated 4.5 out of 5 by 11.
Website Price: $39.99