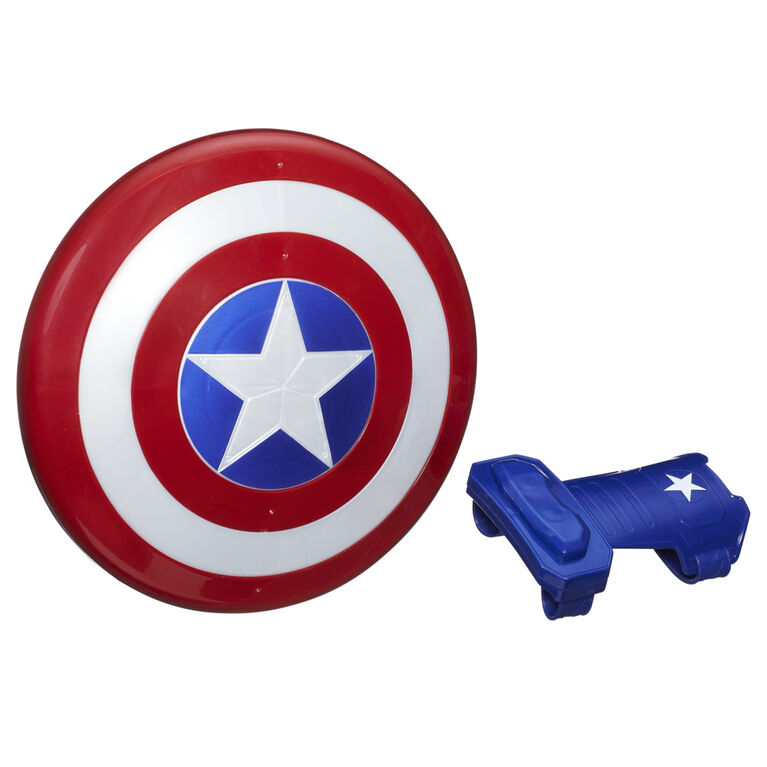 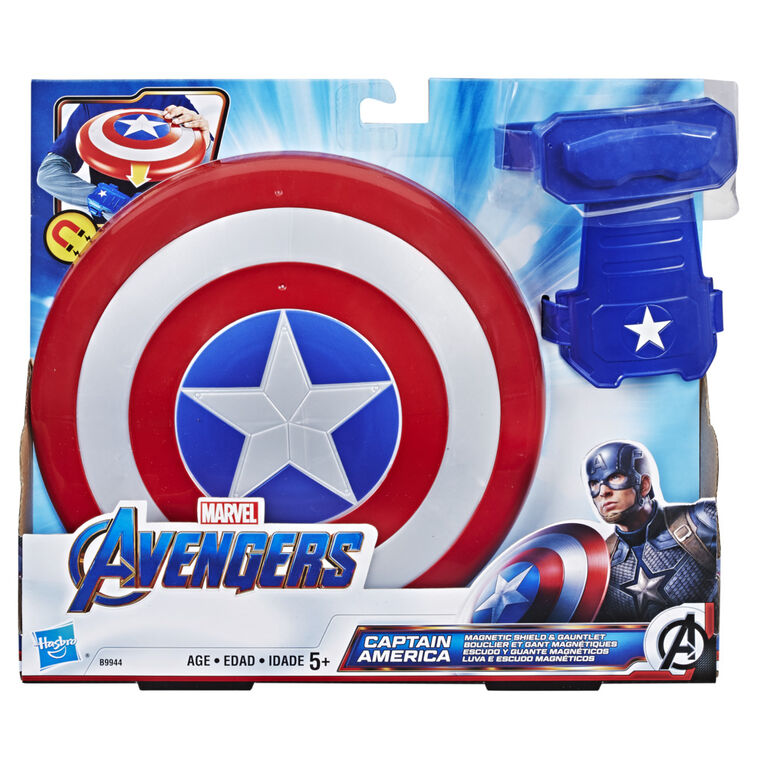 
Avengers, assemble! Steve Rogers suits up as the star-spangled hero, Captain America! With his indestructible shield, he’s ready to join the battle for justice!

Ages 5 and up
WARNING: CHOKING HAZARD – Small parts may be generated. Not for children under 3 years.
Gauntlet contains magnets
NOTE TO PARENTS: Gauntlet not intended to catch shield.