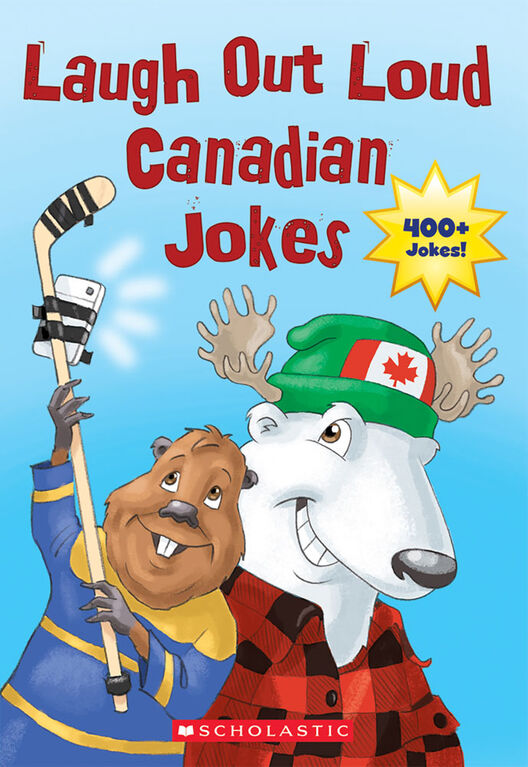 Pinch to zoom
What's funny about Canada? Everything!

From moose-quitoes to hambonis, slime ministers to Drain Gretzky, this book features hundreds of hilarious - and downright punny - Canadian jokes.

How do you keep bacon from curling in the pan? Take away their little brooms.

Where did the zombie go on vacation? Deadmonton.

How does a Timbit get around in winter? On doughshoes.

Why do Toronto's players always think they're going to win the Stanley Cup? Because they beLeaf in themselves!

Originally published as four separate joke books, this mega-edition - complete with hysterical illustrations - will keep readers rolling on the floor laughing for hours on end.