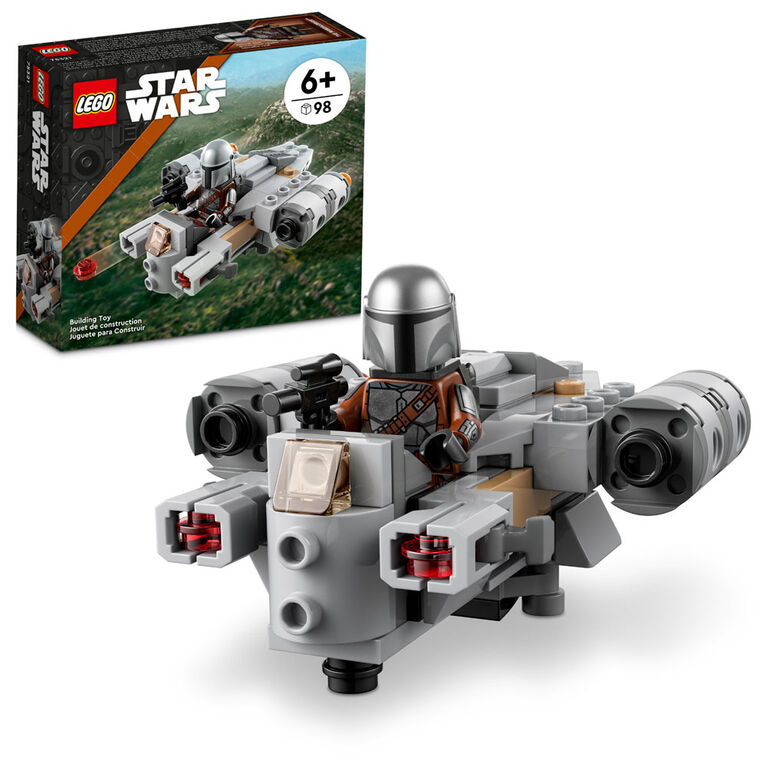 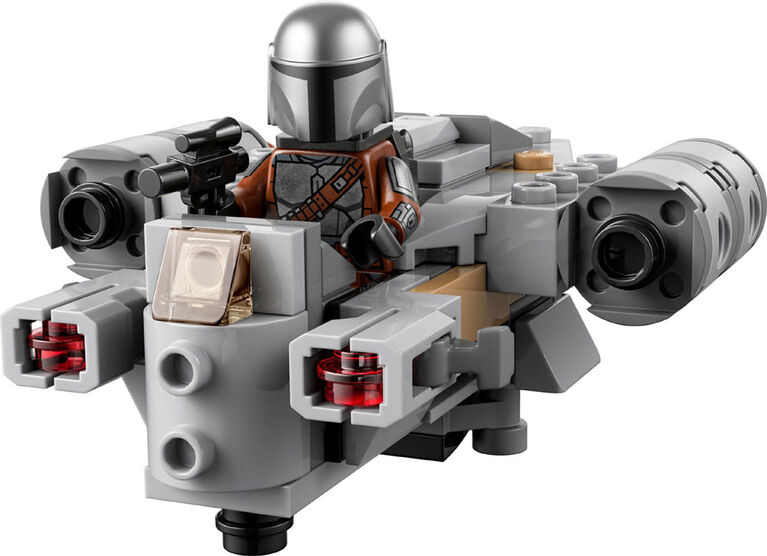 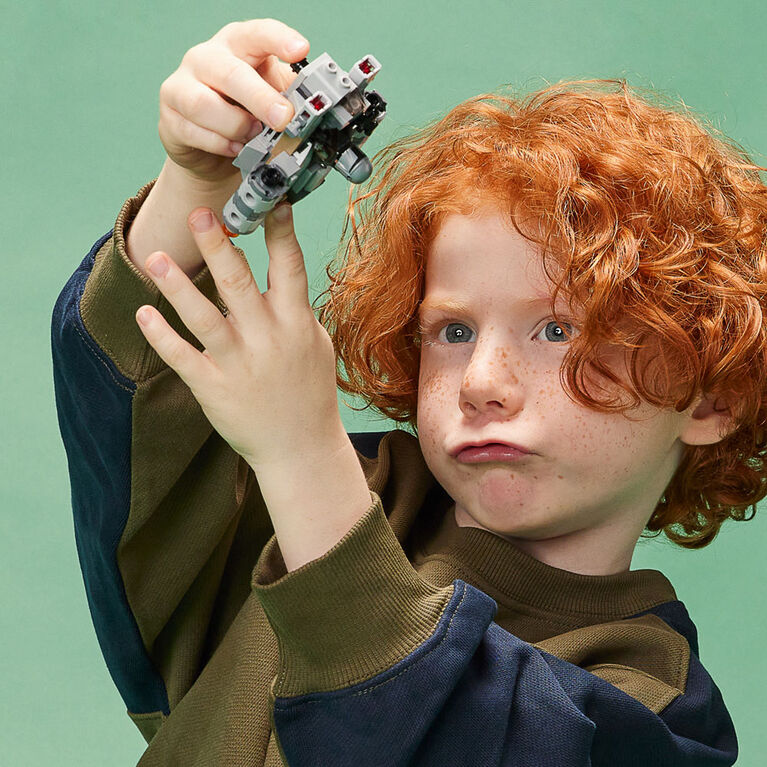 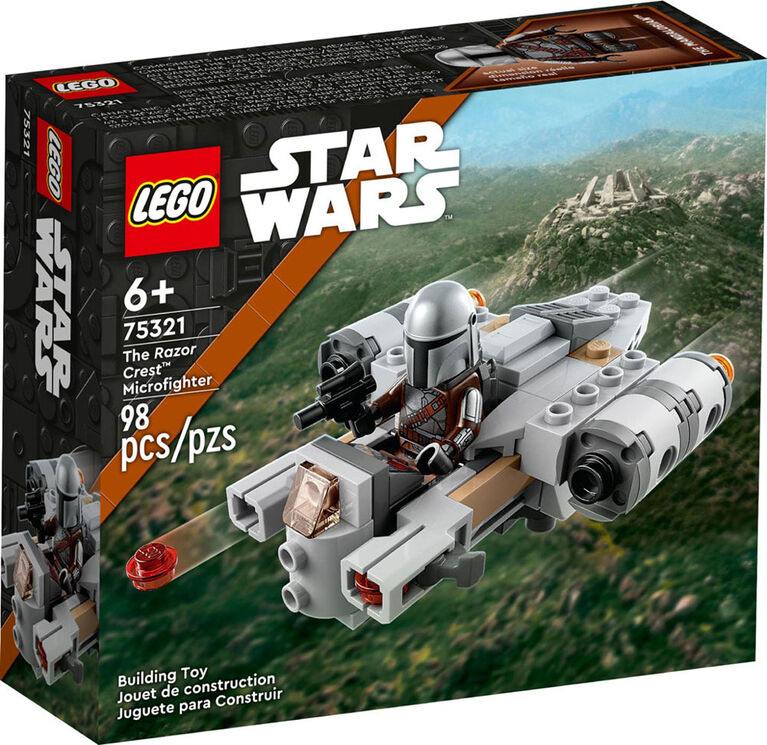 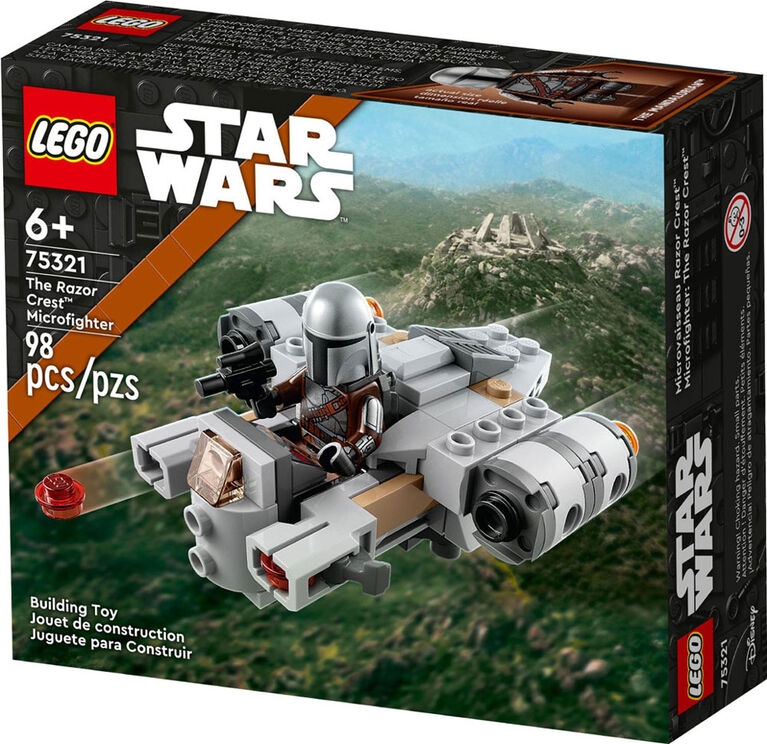 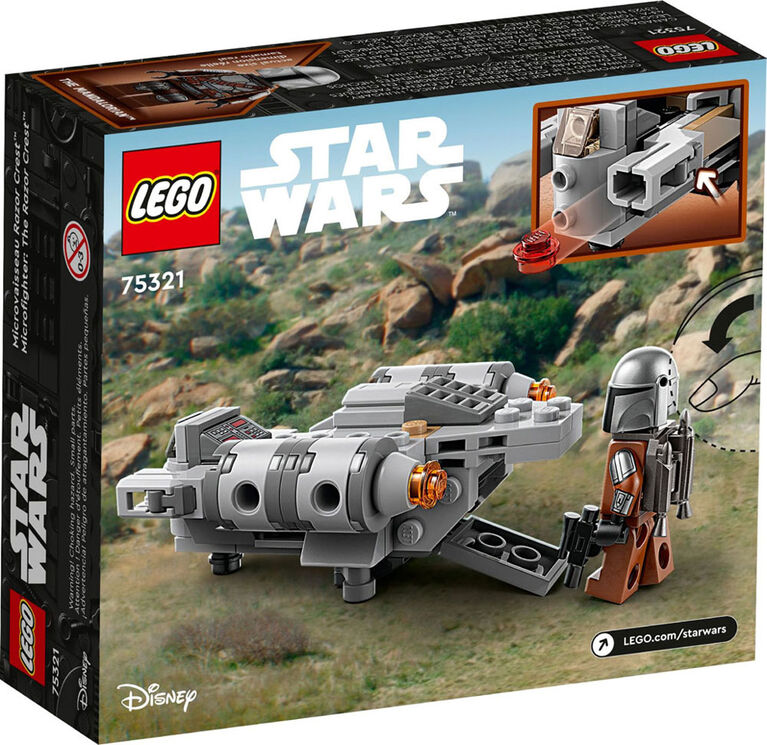 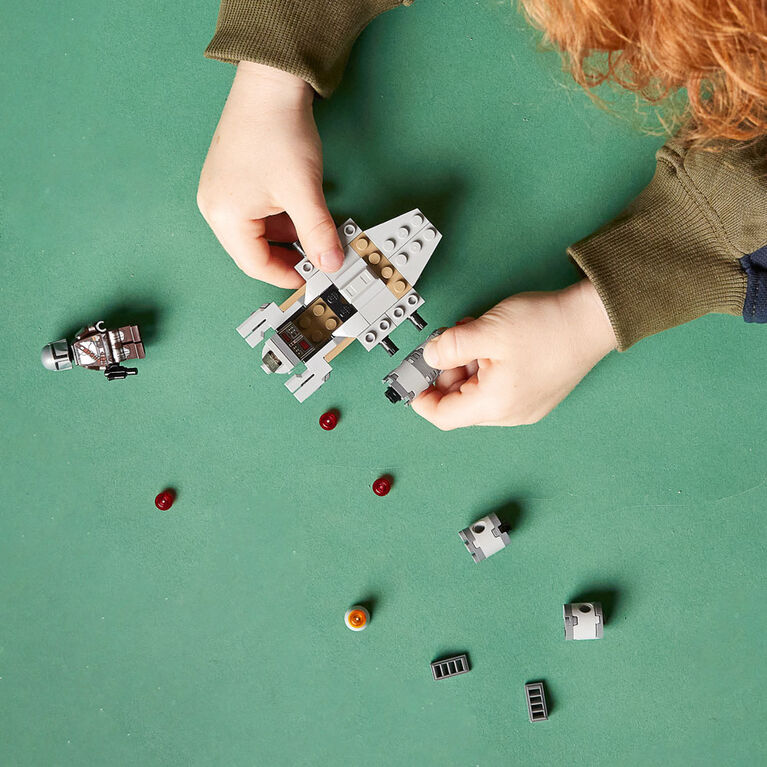 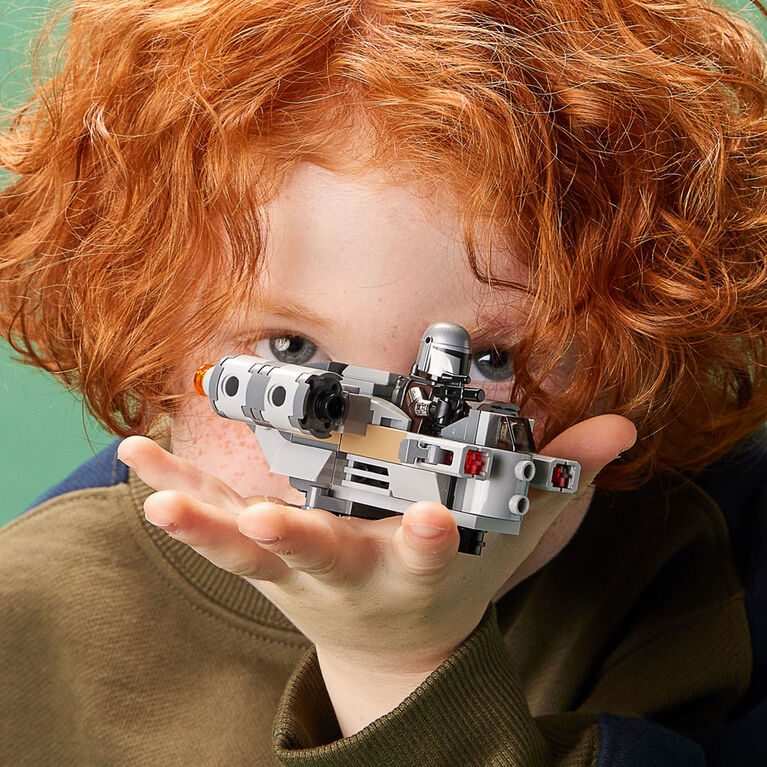 Pinch to zoom
Introduce young kids to LEGO Star Wars building toys with The Razor Crest Microfighter (75321). This microscale, LEGO brick version of the iconic Star Wars: The Mandalorian gunship features 2 new-for-January-2022 stud shooters and is quick to build so the action starts fast. The set also includes The Mandalorian LEGO minifigure in a Star Wars: The Mandalorian Season 2 outfit with a buildable jetpack and a blaster pistol to inspire creative play. Cool gift for ages 6 and up Thinking of buying this awesome construction toy as a gift for a LEGO beginner? No worries - easy-to-follow instructions are included. This construction model also combines perfectly with other Microfighters sets for extra play possibilities. Galaxy of fun The LEGO Group has been recreating iconic starships, vehicles, locations and characters from the Star Wars universe since 1999. LEGO Star Wars has become its most successful theme with a wide variety of premium-quality, buildable models to wow people of all ages.