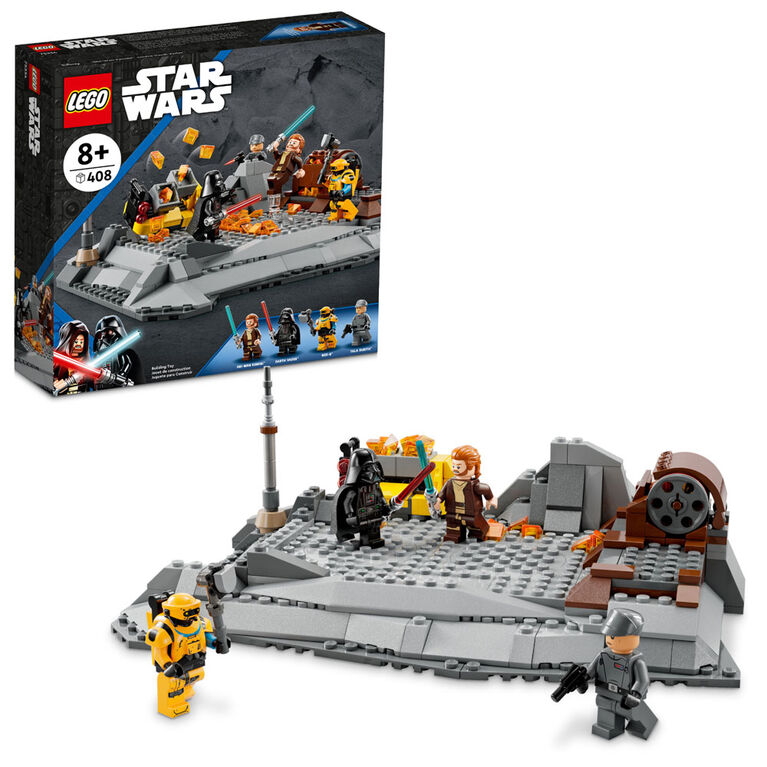 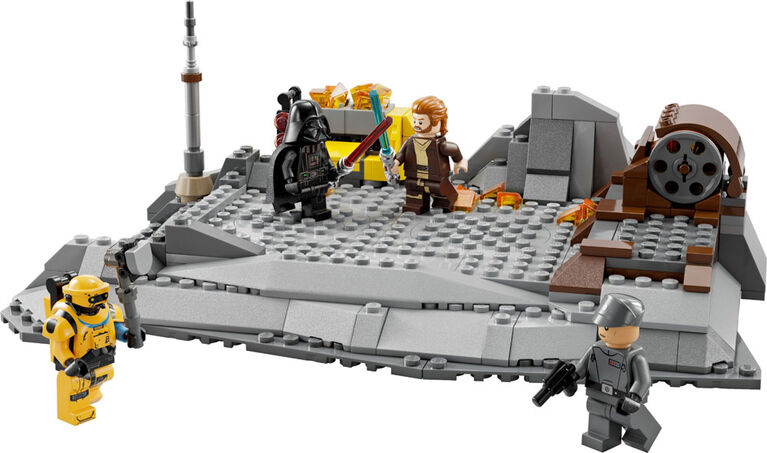 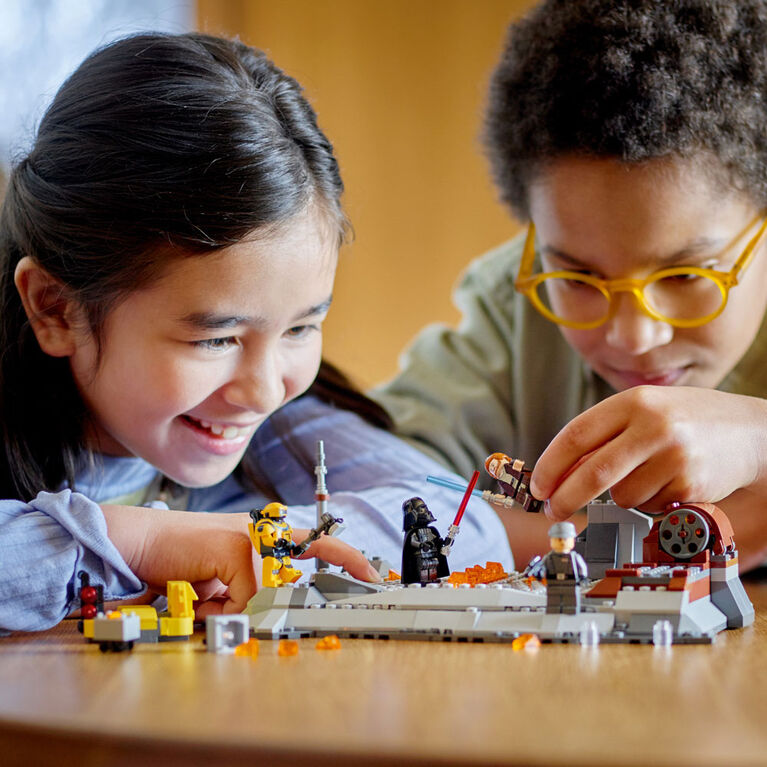 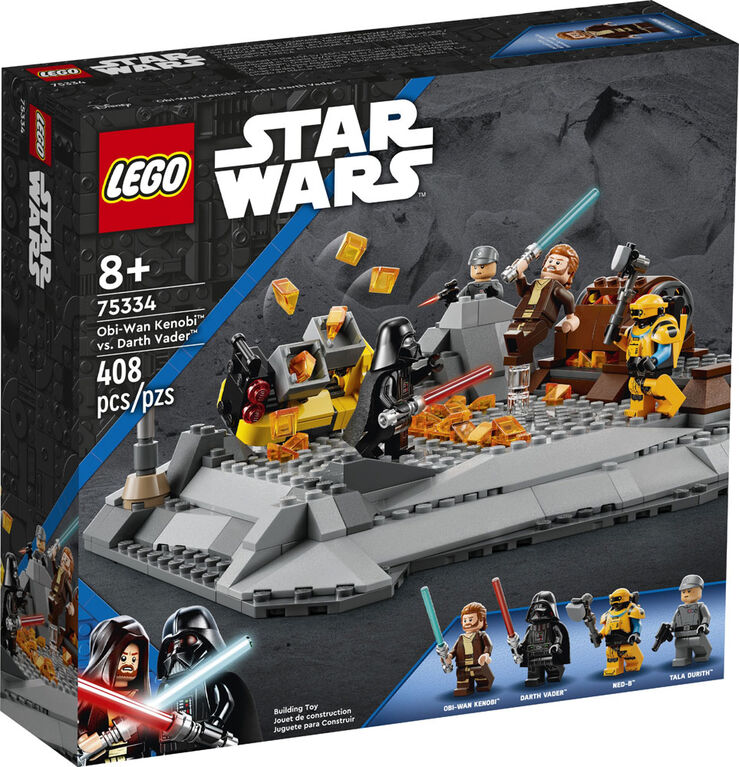 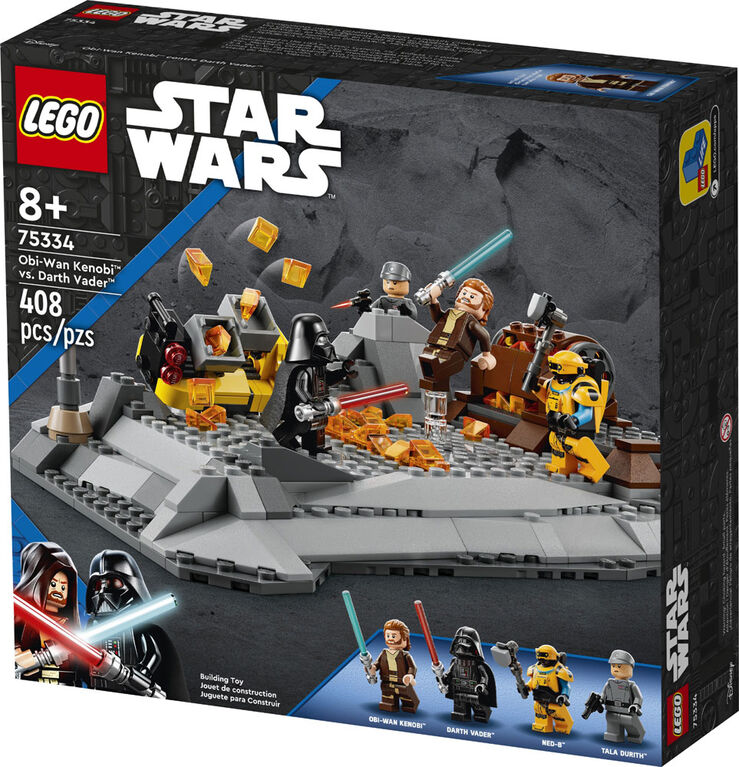 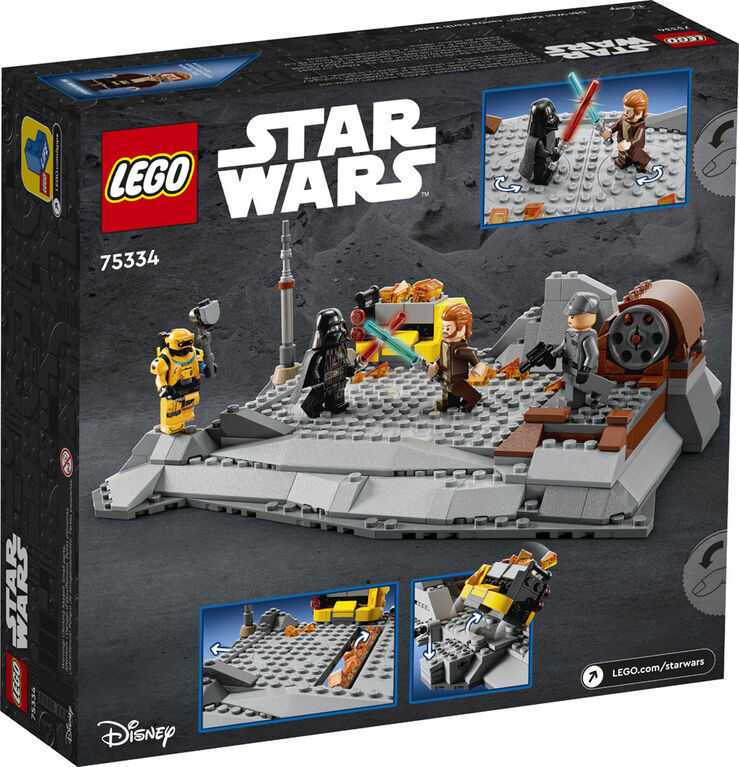 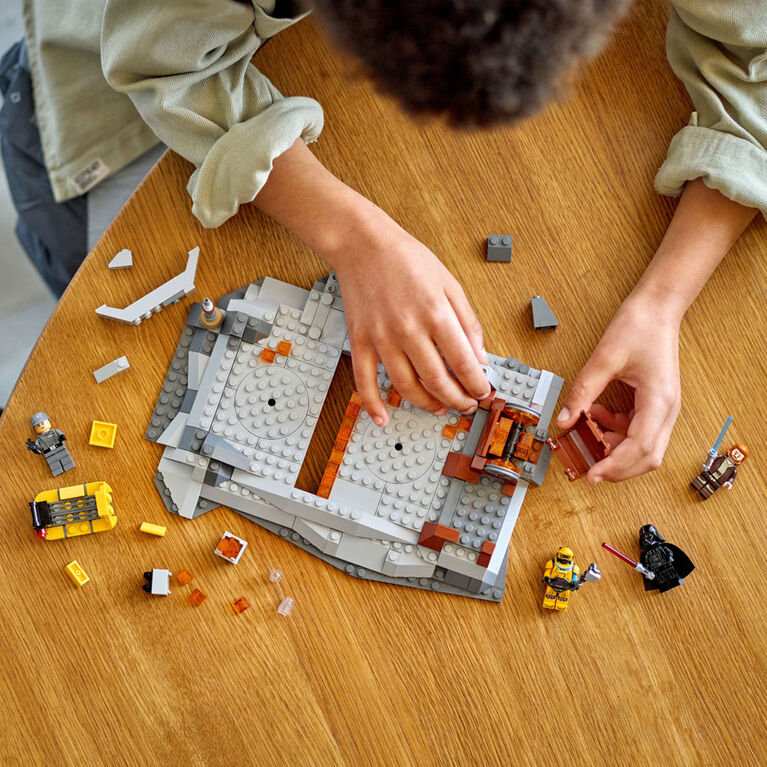 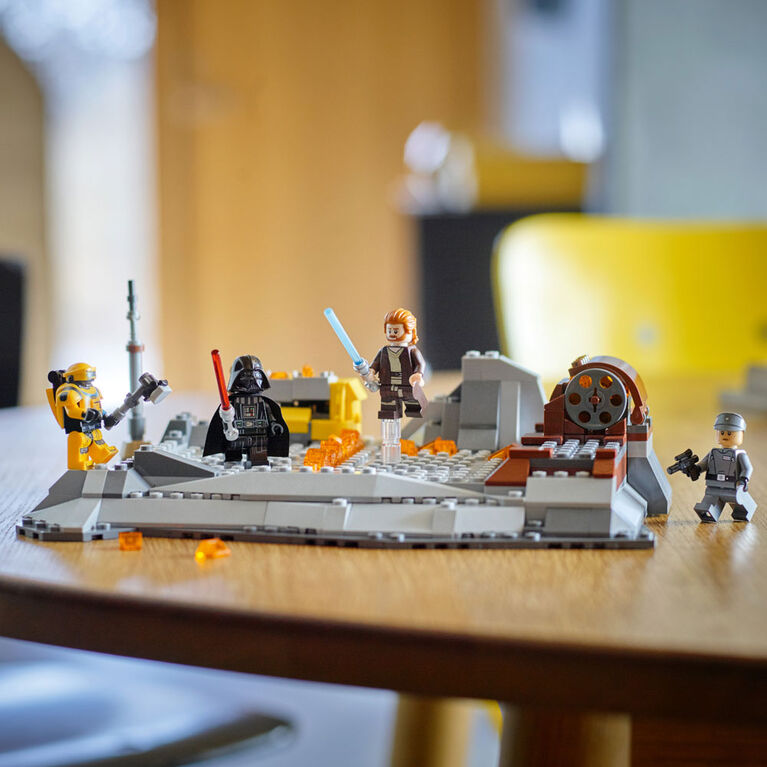 Relive a fiery battle between Obi-Wan Kenobi and Darth Vader with this LEGO Star Wars (75334) buildable toy playset. It features a battlefield with 2 rotating battle platforms, a battlefield-splitting fire pop-up function and a mining cart that can be knocked over. There are also 4 LEGO minifigures included - Obi-Wan Kenobi and Darth Vader, each with lightsabers, Tala Durith and droid NED-B - to play out Star Wars: Obi-Wan Kenobi scenes. Unique Star Wars gift for ages 8 and up Thinking of buying this set as a gift for a Star Wars fan who is new to LEGO sets? No problem - step-by-step illustrated building instructions are included to guide them. Unlimited creative fun The LEGO Group has been recreating iconic starships, vehicles, locations and characters from the Star Wars universe since 1999. The LEGO Star Wars theme has become its most successful one, with a wide variety of cool buildable toys to delight people of all ages.