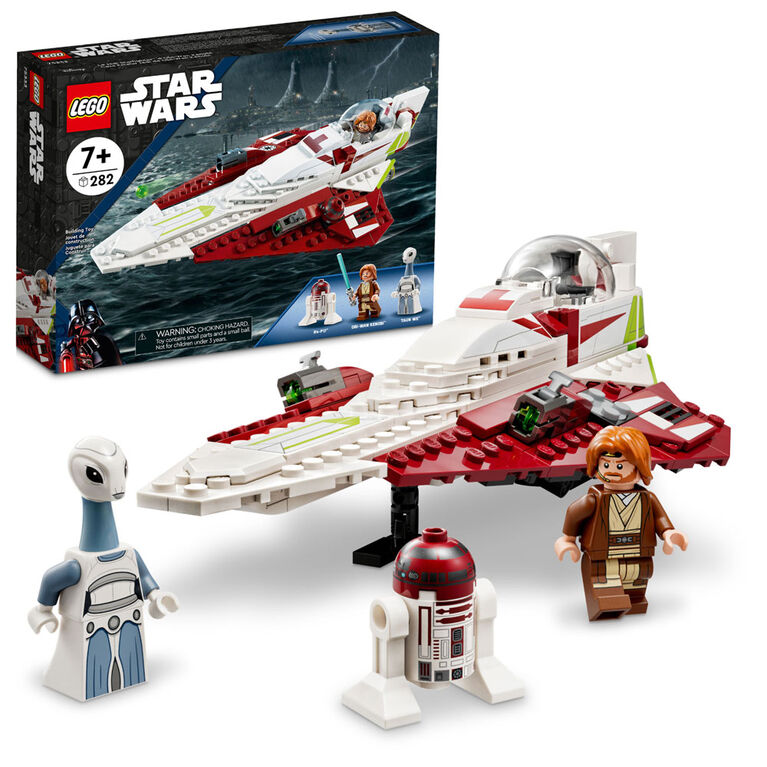 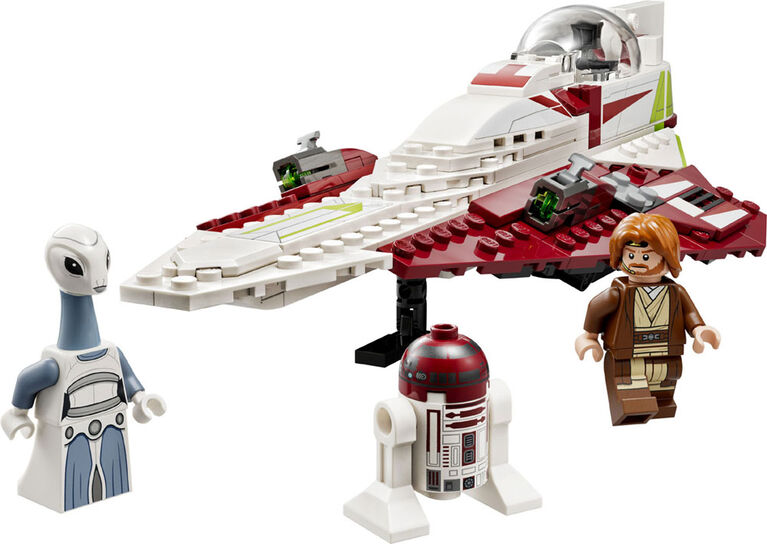 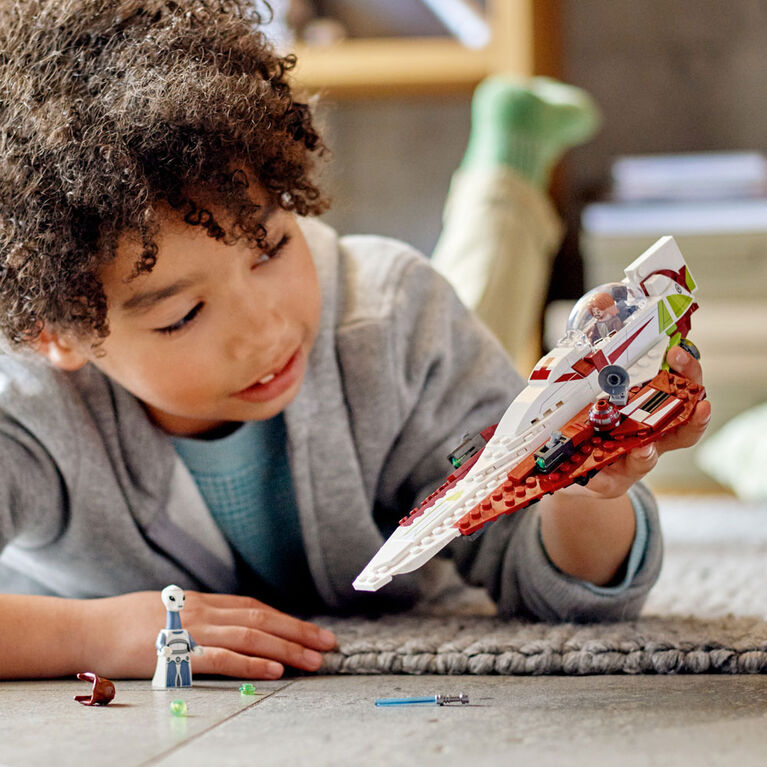 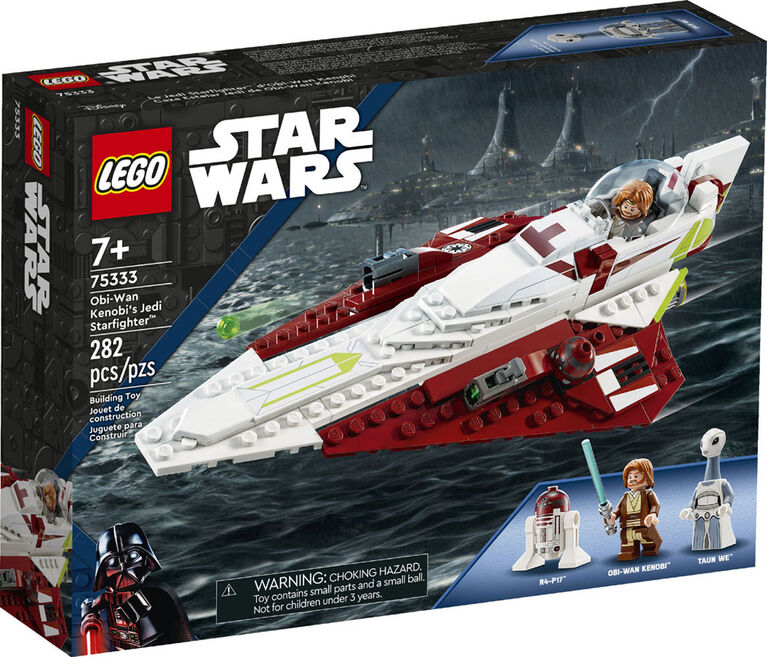 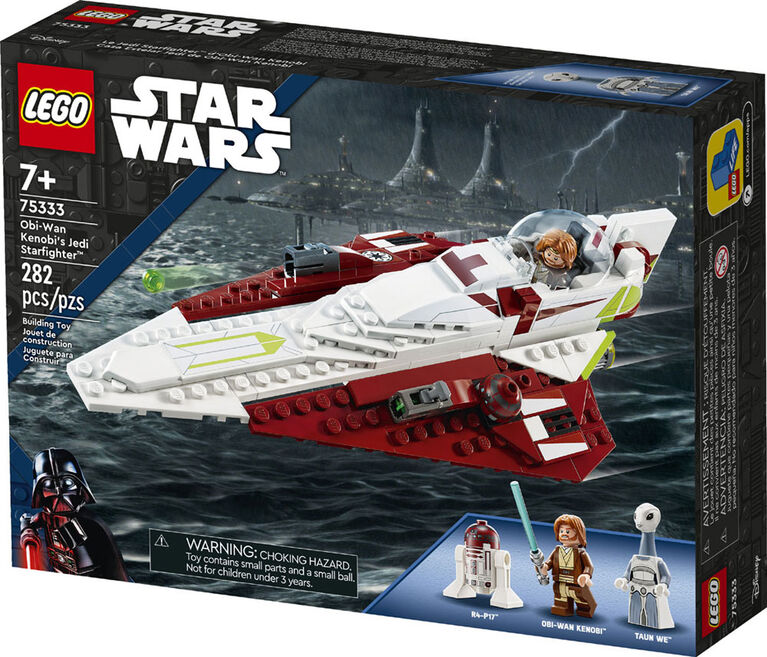 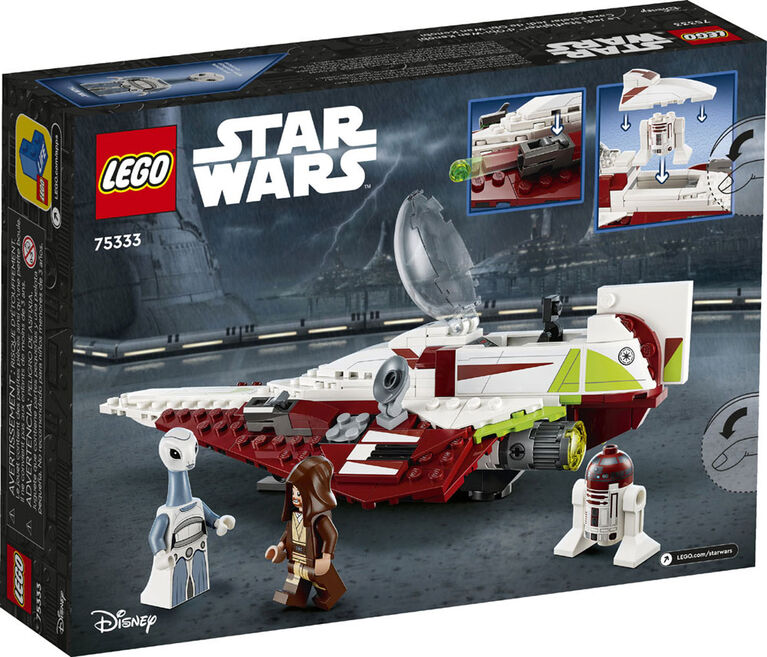 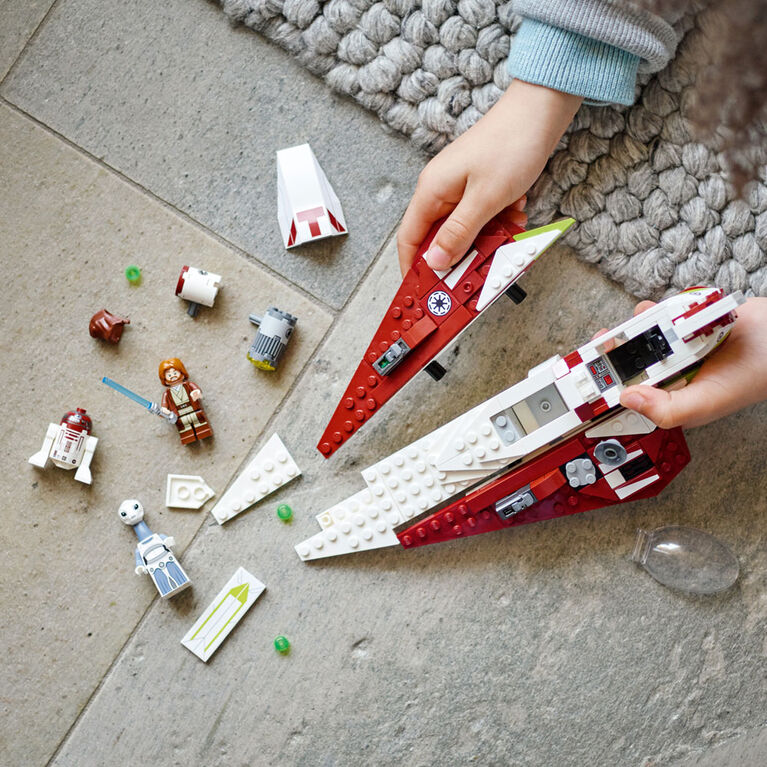 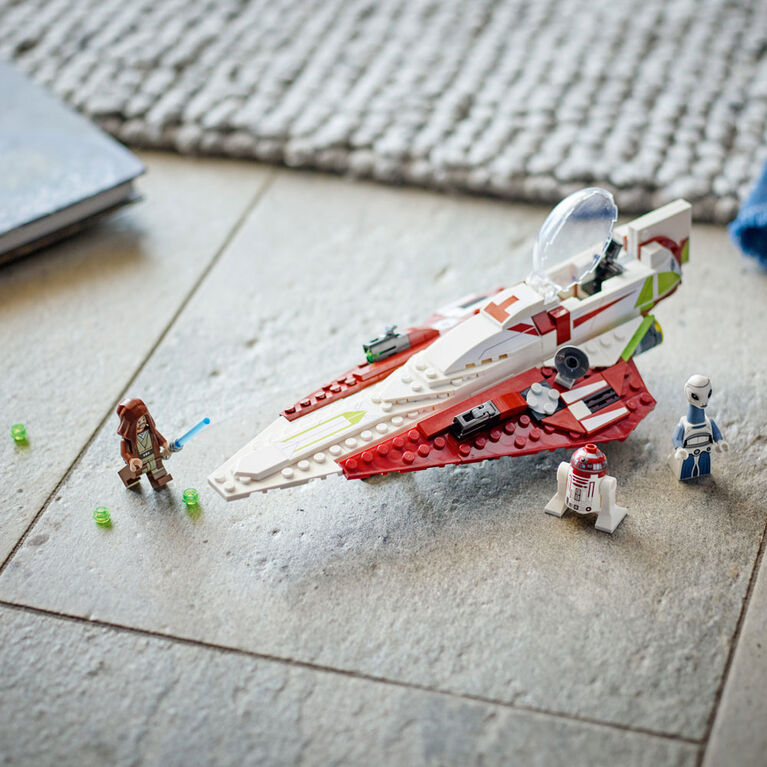 Pinch to zoom
Star Wars: Attack of the Clones fans may use the Force to build this LEGO brick model of Obi-Wan Kenobi's Jedi Starfighter (75333). An exciting gift for kids aged 7 and up, it features an opening minifigure cockpit for Obi-Wan, 2 stud shooters, retractable landing gear, lightsaber storage clips and an attachment point on the wing for droid R4-P17's head. This buildable toy playset includes 2 LEGO Star Wars minifigures: Obi-Wan and, for the first time ever, the Kaminoan Taun We, plus the R4-P17 LEGO astromech droid figure to inspire creative role play. Interactive construction Step-by-step building instructions are included with this set. And check out the LEGO Building Instructions app, which has intuitive zoom and rotate viewing tools to enhance the creative experience. Cool building toys The LEGO Group has been recreating iconic starships, vehicles, locations and characters from the Star Wars universe since 1999, and there is a huge assortment of sets to delight fans of all ages.