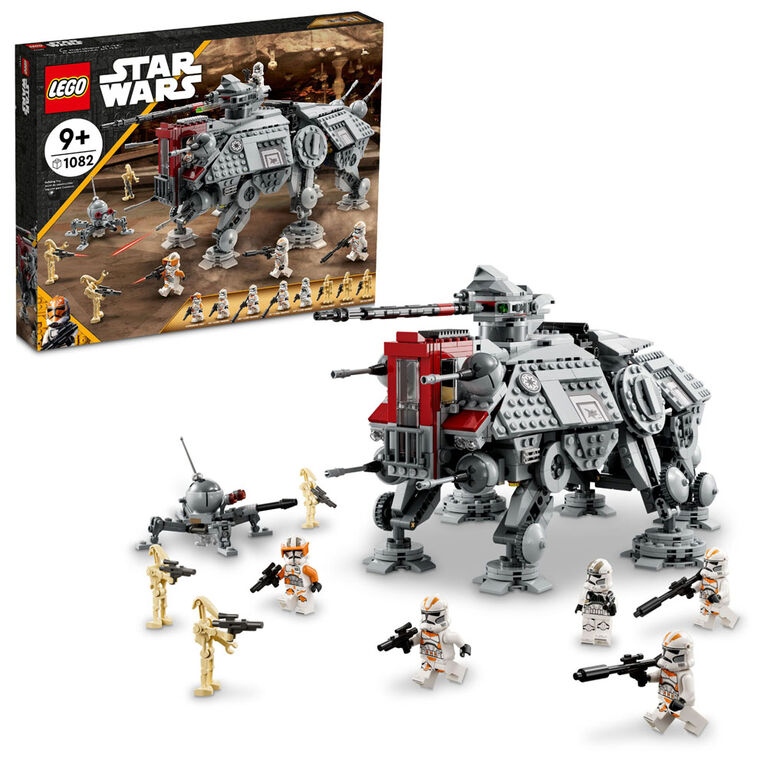 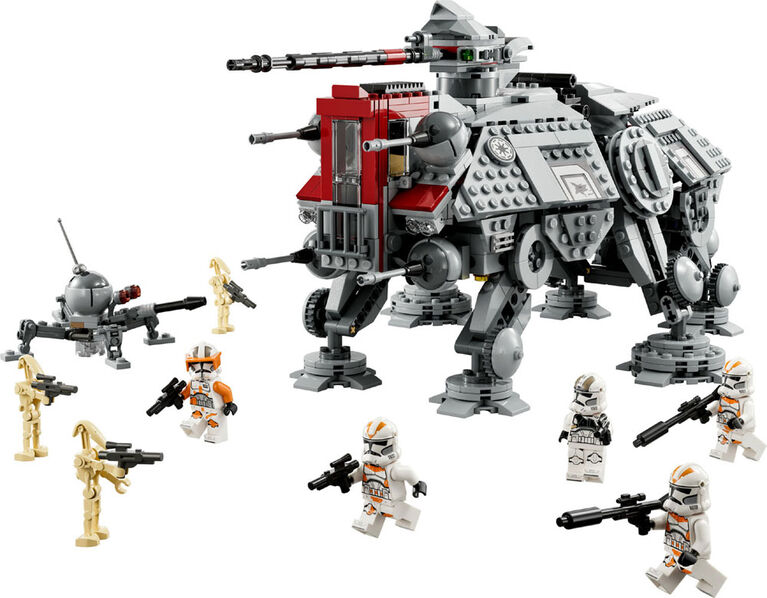 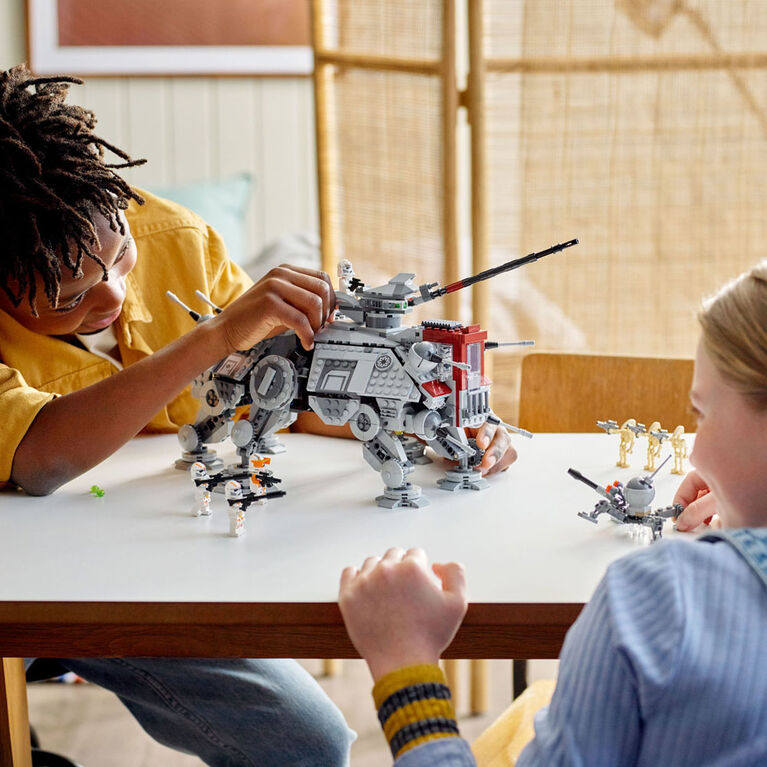 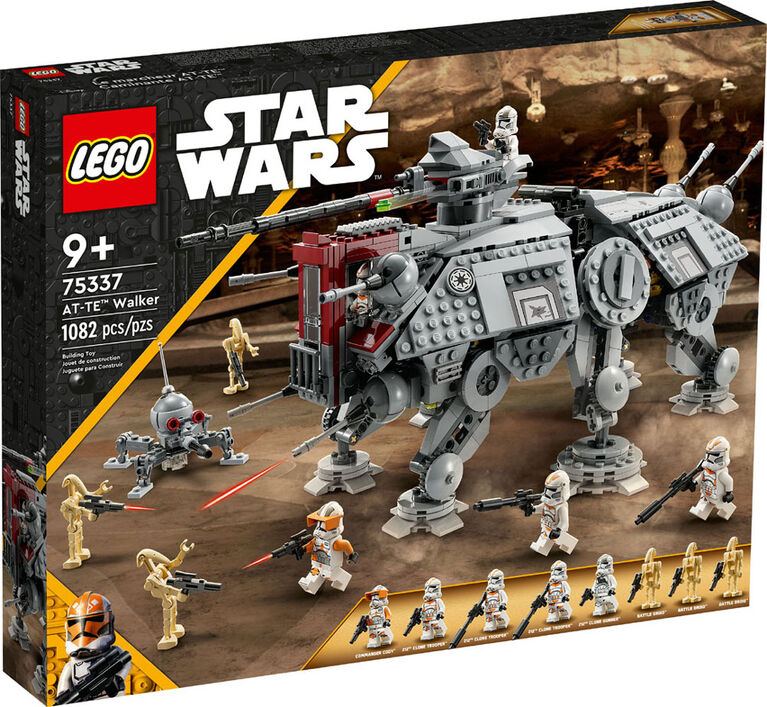 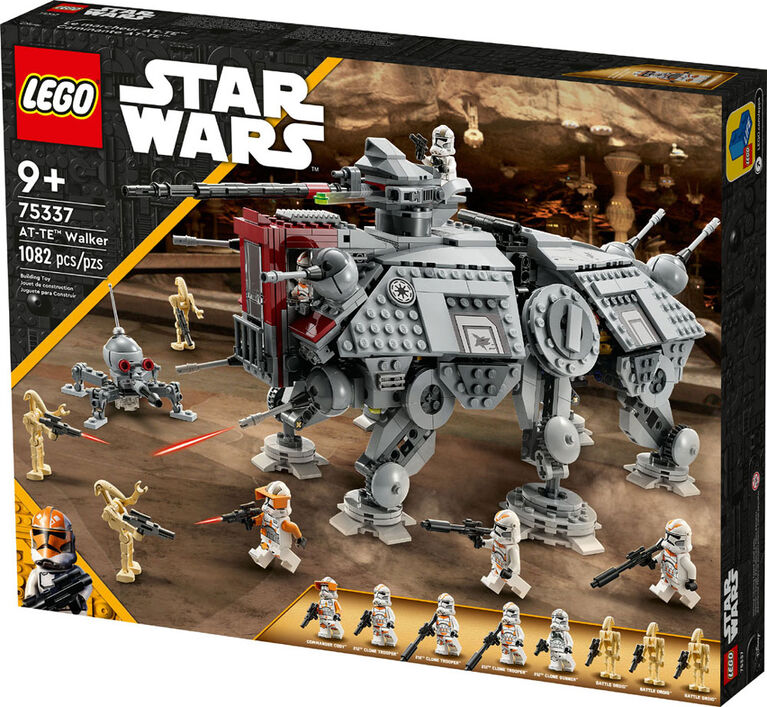 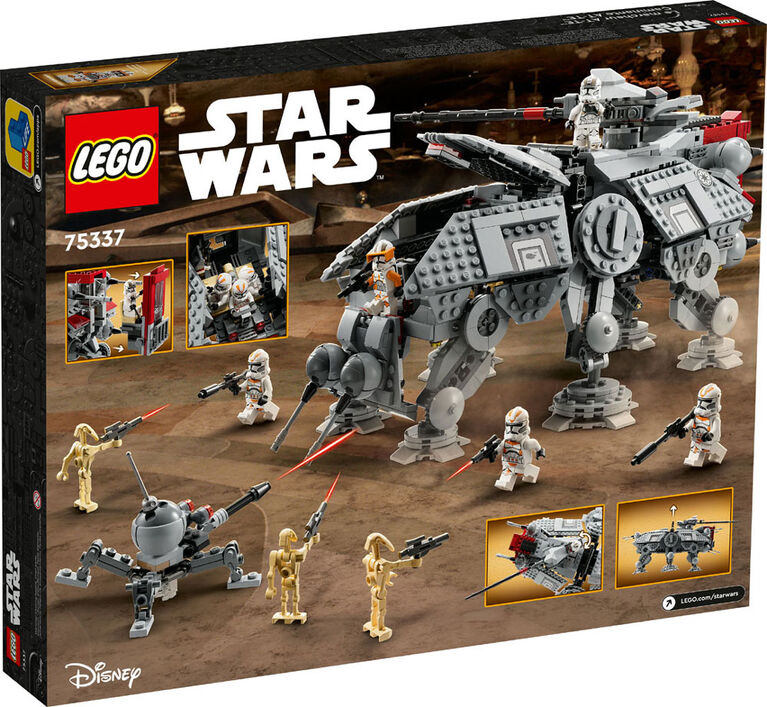 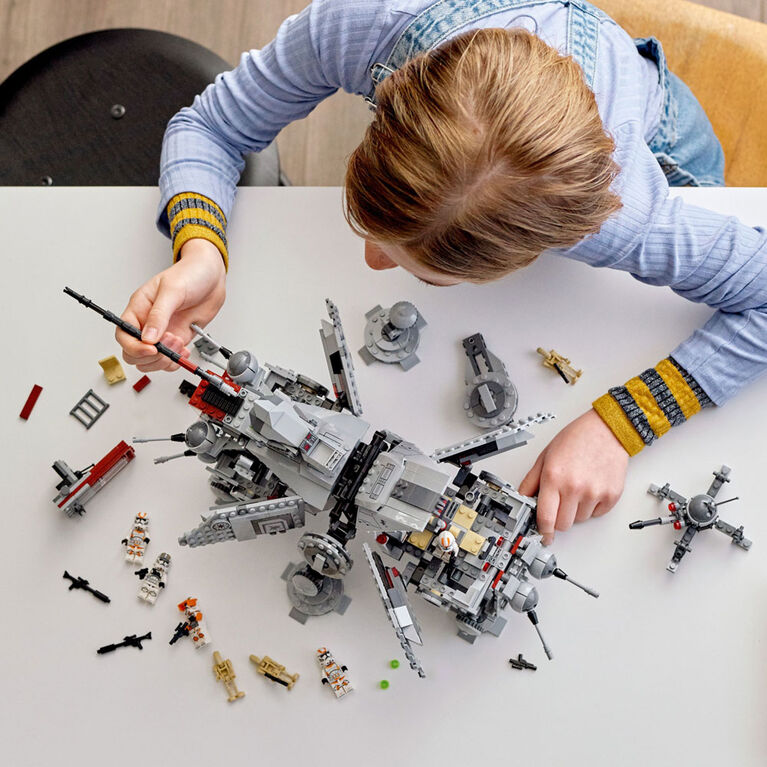 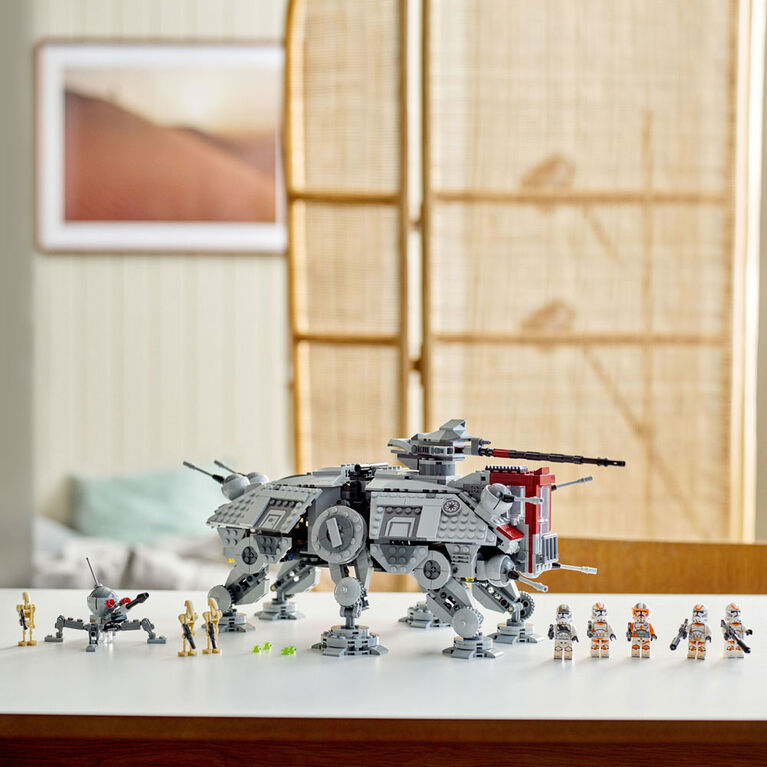 Pinch to zoom
Recreate the Battle of Utapau with this fantastic LEGO Star Wars AT-TE Walker (75337). A great gift idea for Star Wars: Revenge of the Sith fans aged 9 and up, this building toy features posable legs, a 360-degree-rotating elevating heavy blaster cannon with 2 stud shooters, a detachable minifigure cockpit and 2 detailed cabins with space for up to 7 LEGO minifigures in total. Each of the cabins opens for easy play and an extendable handle makes it simple to lift and move the AT-TE. Battleaction The set includes 5 LEGO minifigures - Commander Cody, a 212th Clone Gunner and 3 212th Clone Troopers - to pit against 3 Battle Droid LEGO figures and a buildable Dwarf Spider Droid, plus assorted cool weapons. Find building instructions in the box and on the LEGO Building Instructions app, which has interactive viewing tools to enhance the creative experience. Popular building toys Explore the entire LEGO Star Wars range to discover other construction sets to delight people of all ages.