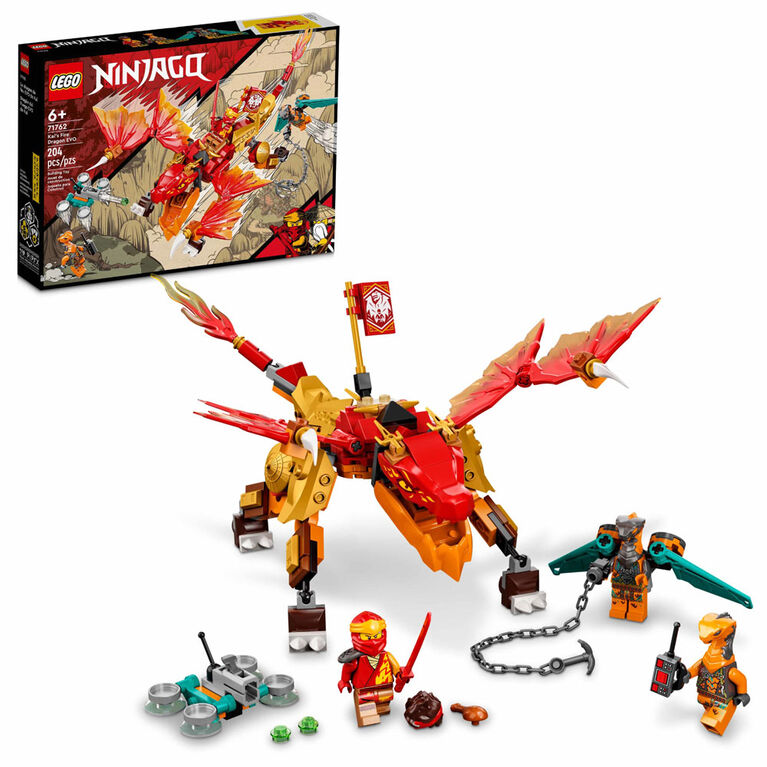 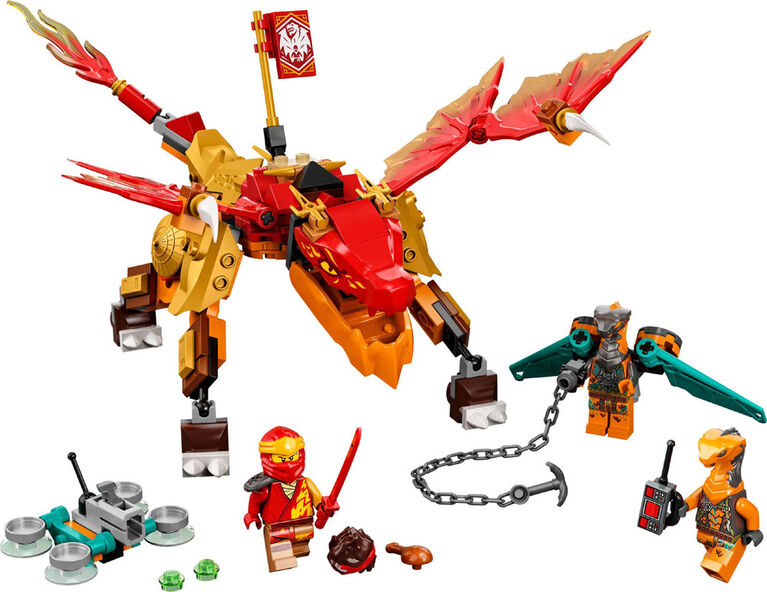 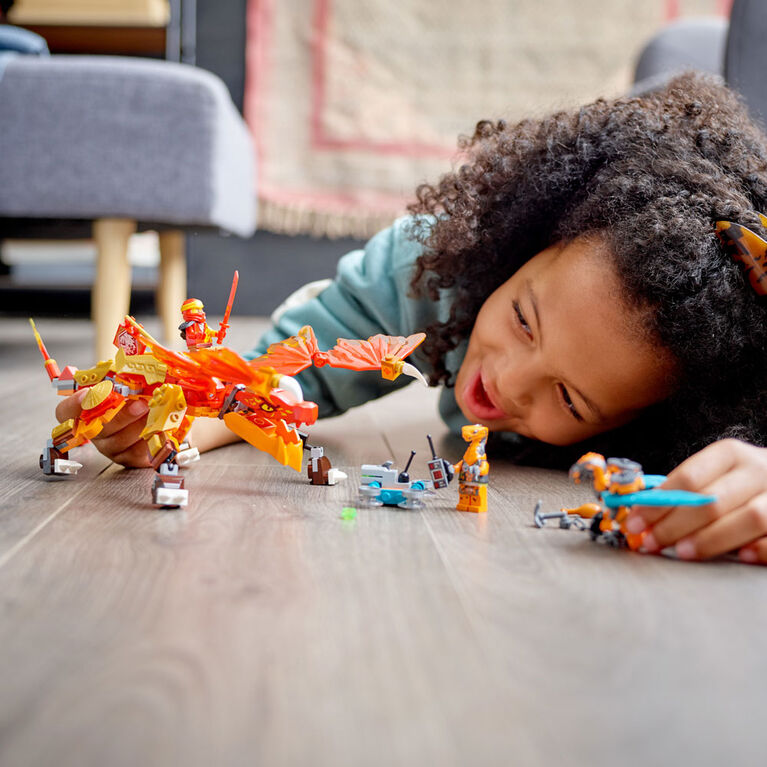 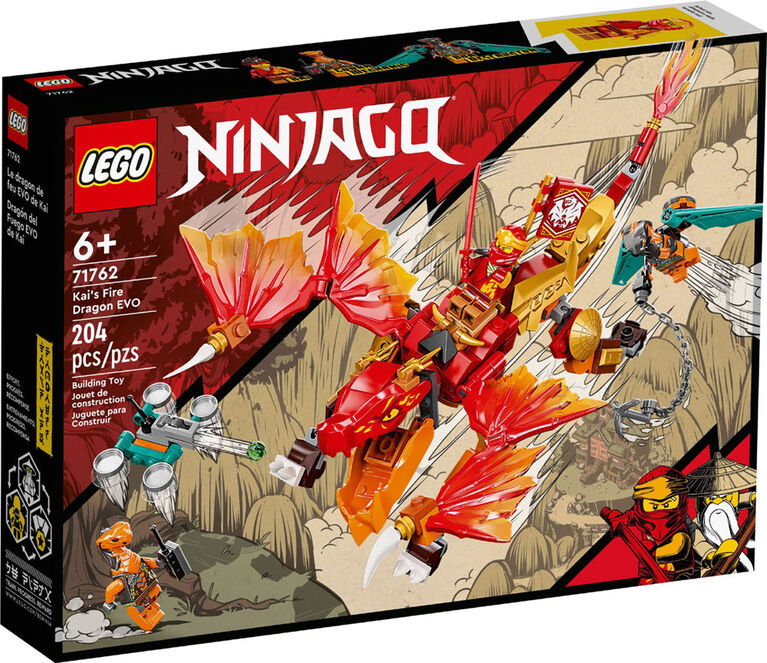 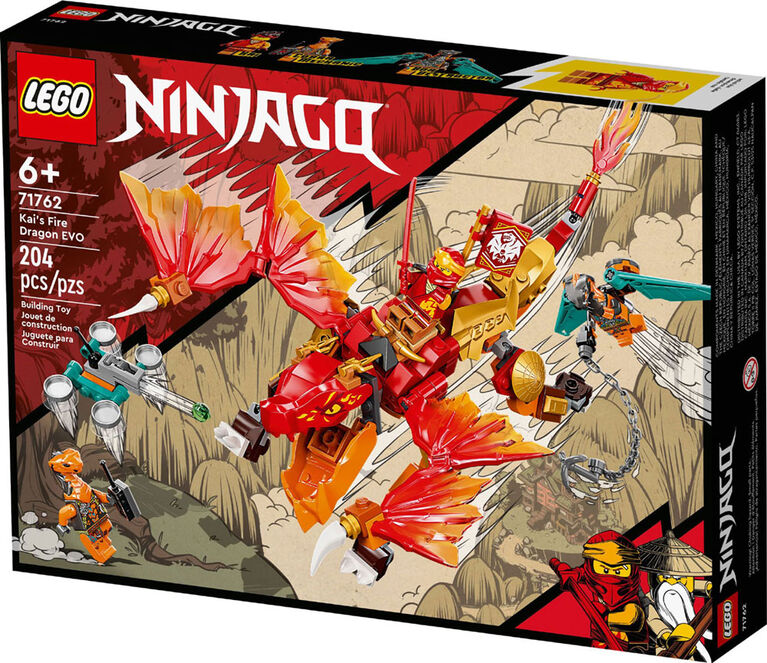 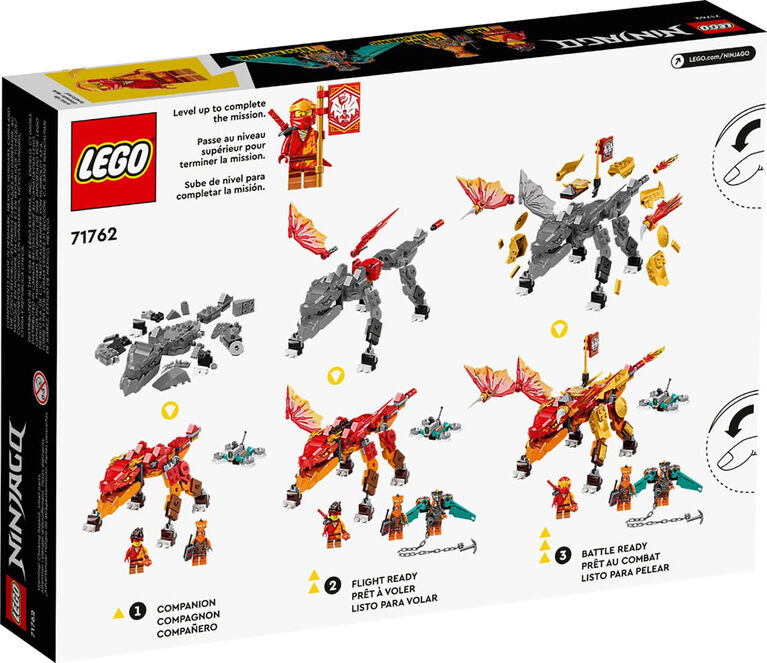 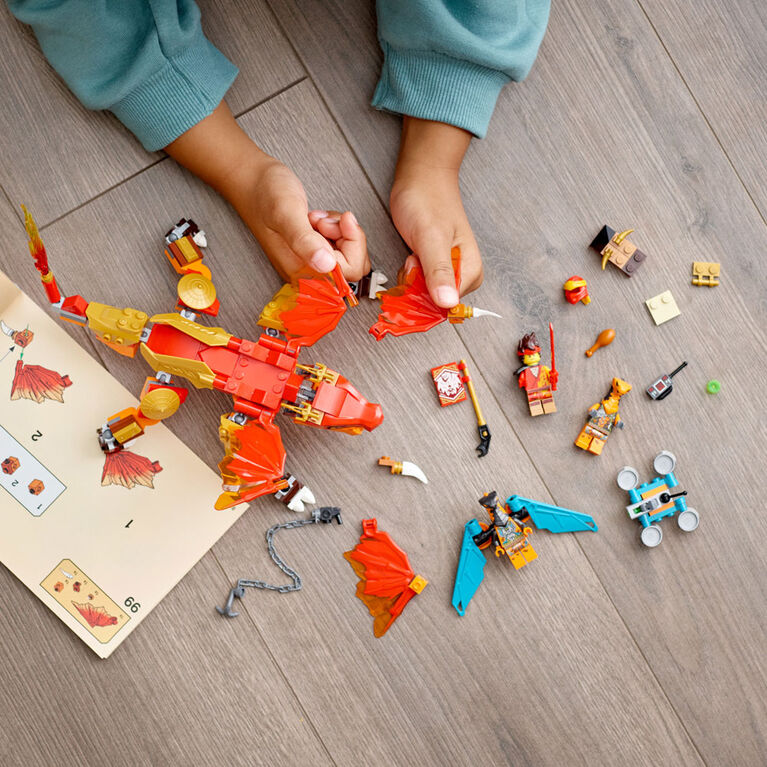 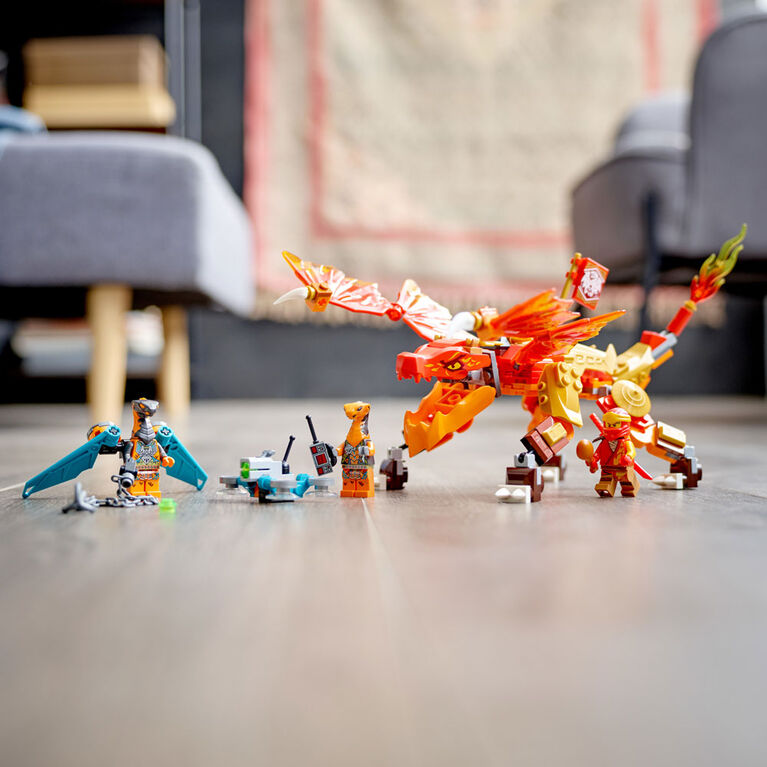 Pinch to zoom
Give kids aged 6+ everything they need to enjoy action-packed ninja adventures with Kai's Fire Dragon EVO (71762) buildable playset. The dragon toy features a posable jaw, head, tail and legs and can also be upgraded twice to make it bigger, stronger and quicker. Enthralling ninja battles This ninja playset includes 3 minifigures: Kai armed with a sword, Boa Destructor controlling a shooting drone, and Cobra Mechanic with a jetpack and a gun that fires out a chain. New for January 2022, whenkids defeat the ninja enemies and complete their mission they are rewarded with a collectible banner. The best gifts to reward little ninjas NINJAGO toys have the power to lure kids away from their screens and into an all-consuming world of fantasy action. Here they can team up with their brave ninja heroes to battle villains with a stunning collection of building sets including boats, mechs and training temples.