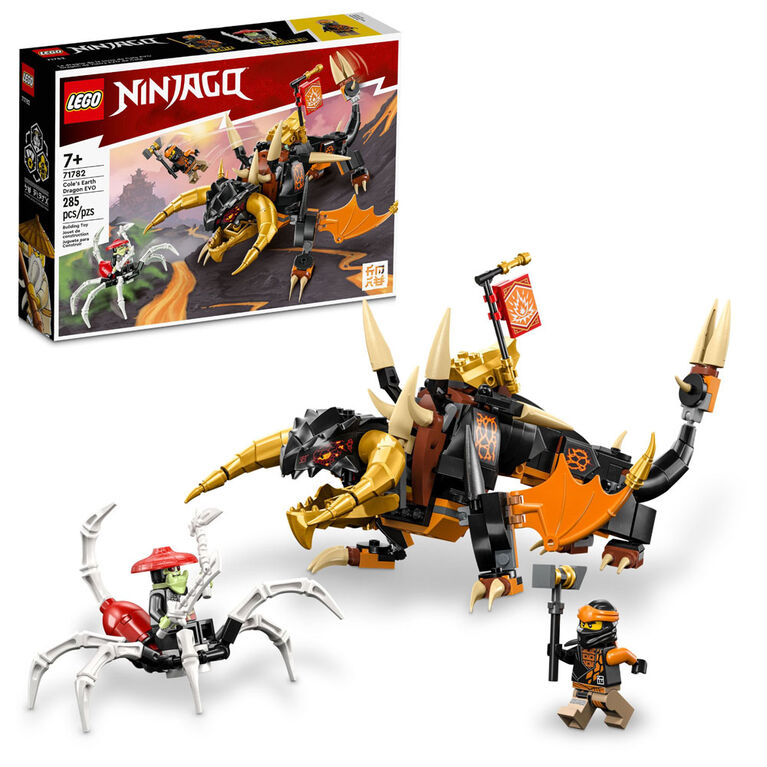 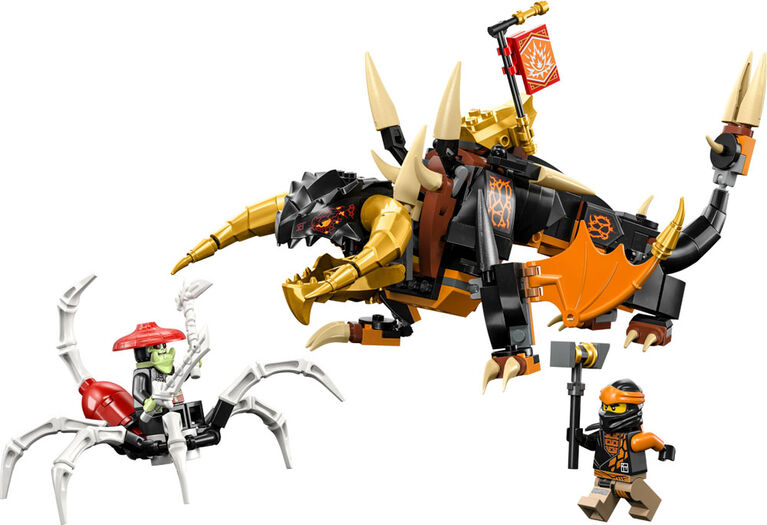 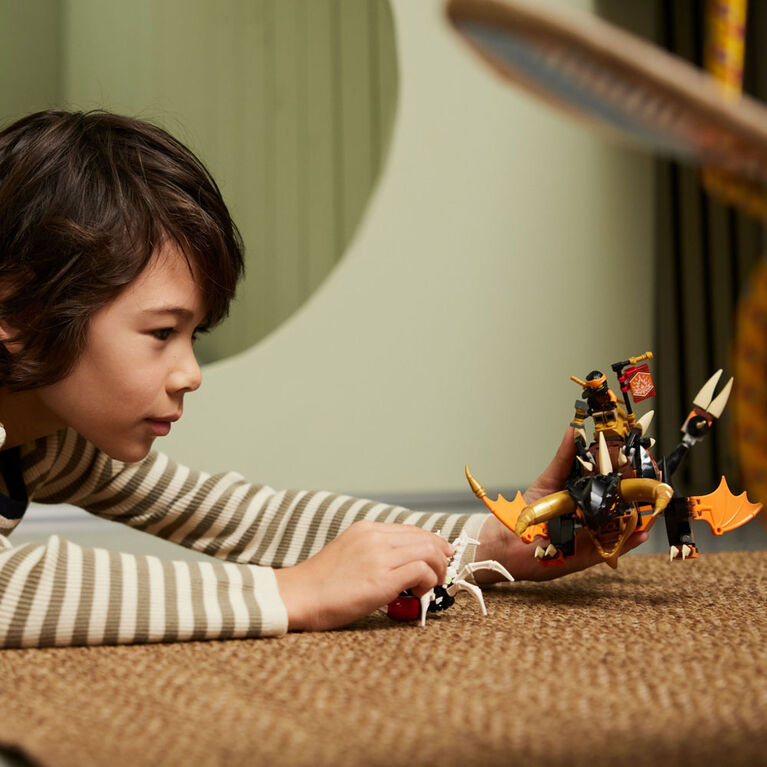 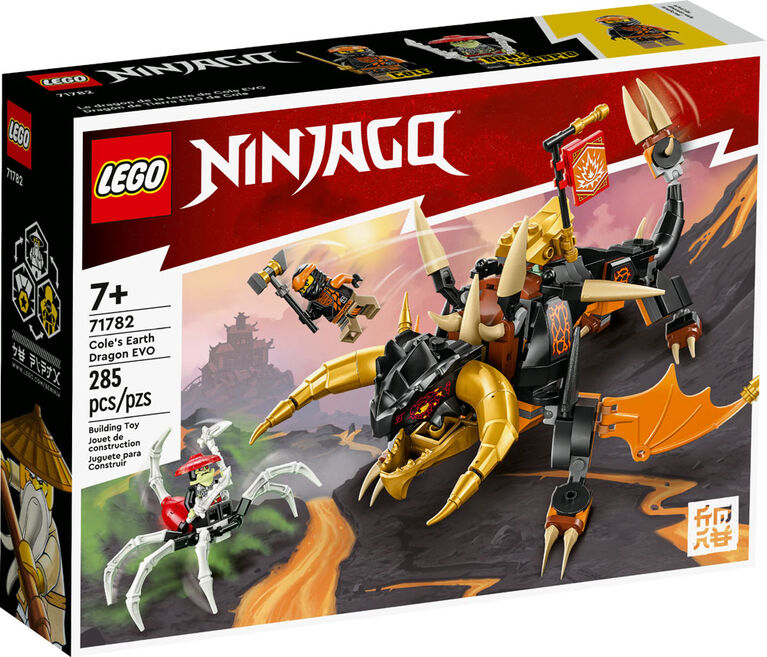 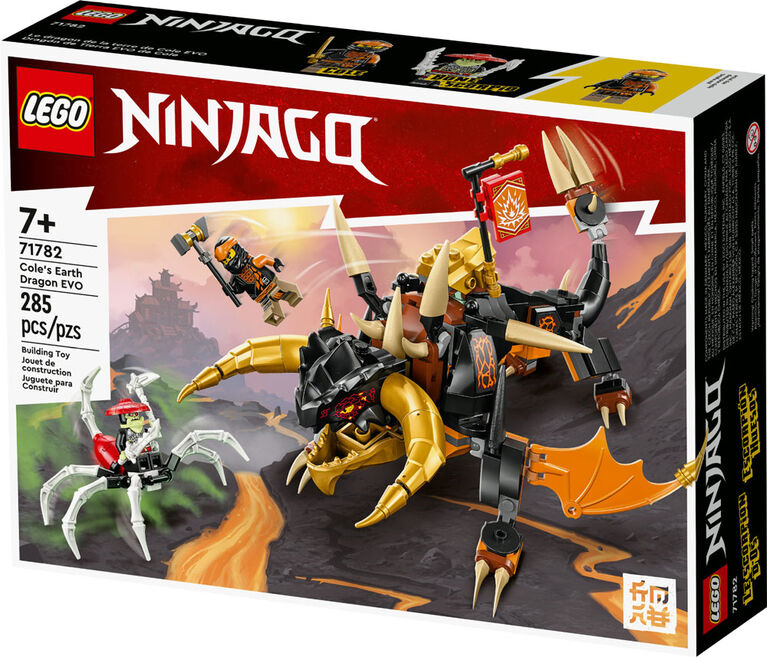 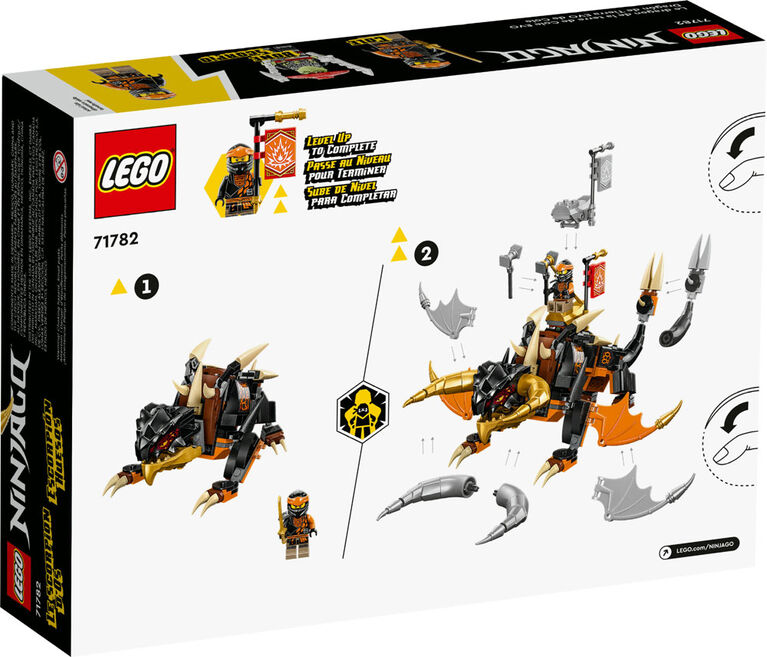 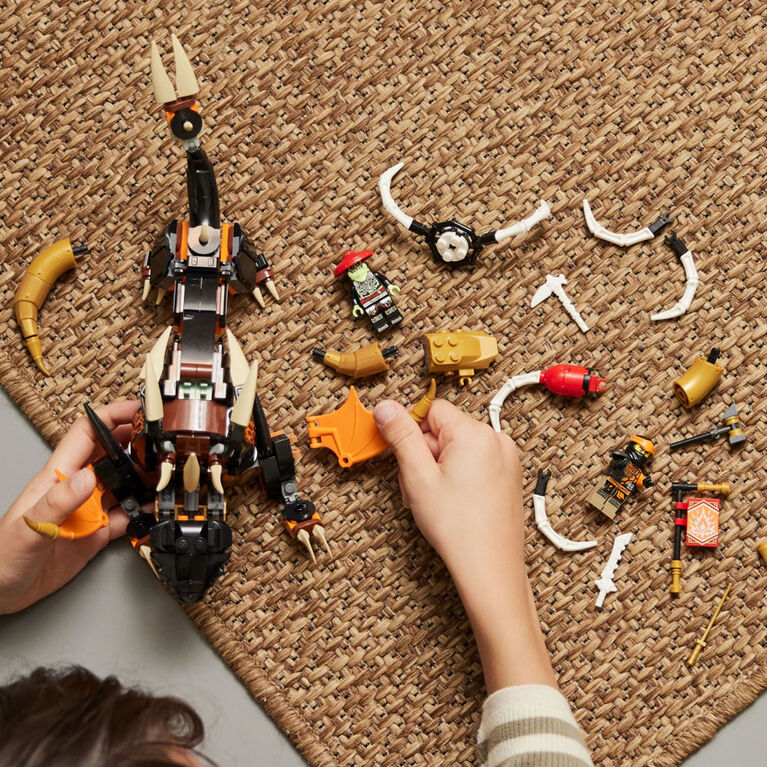 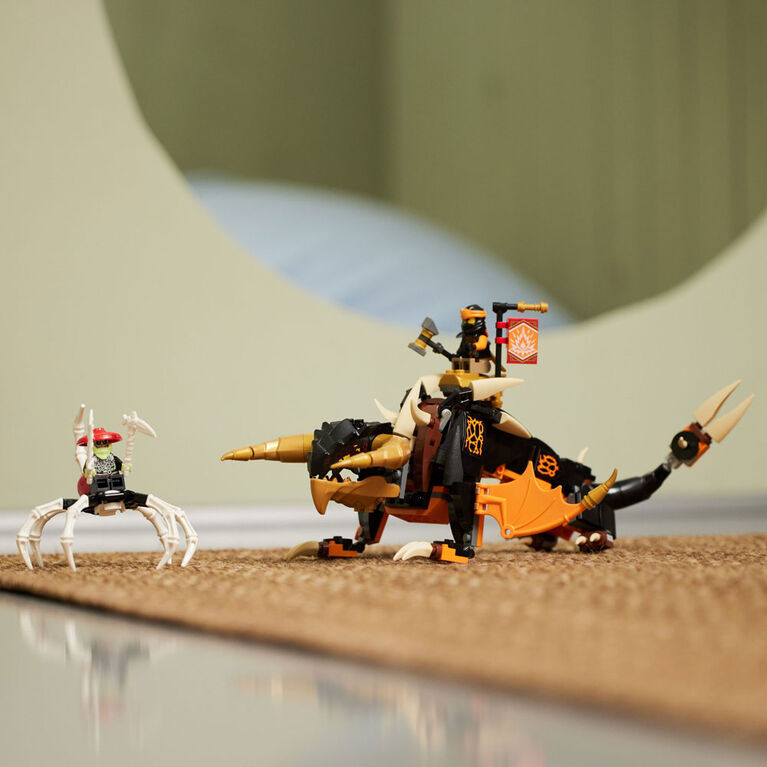 Pinch to zoom
Kids aged 7+ will be excited to stage enthralling battles with this LEGO NINJAGO Cole's Earth Dragon EVO (71782) playset. During the action, kids can upgrade the posable dragon toy to make it even bigger and more powerful by adding golden wings, horns and a tail. Cool ninja toys for kids The playset includes 2 minifigures: Cole armed with a golden katana, and Bone Scorpio with a scythe and a bone warrior assorted weapons pack. Bone Scorpio can also can ride into battle on his 6-legged scorpion creature. For succeeding in their challenge, kids are rewarded with a collectible Strength banner. A fun digital experience for LEGO builders Let the LEGO Builder app guide you and your child on an easy and intuitive building adventure. Zoom in and rotate models in 3D, save sets and track your progress.