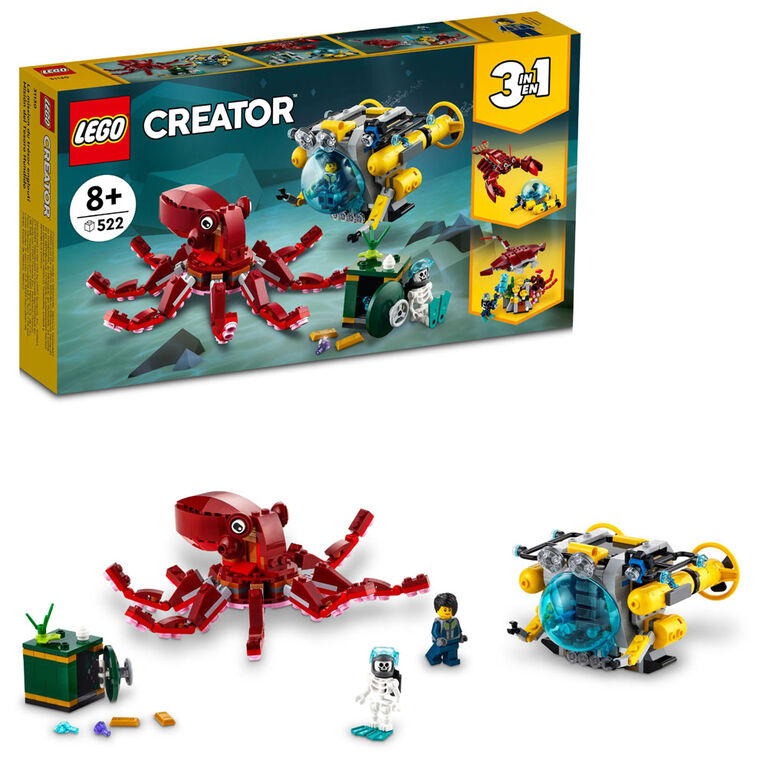 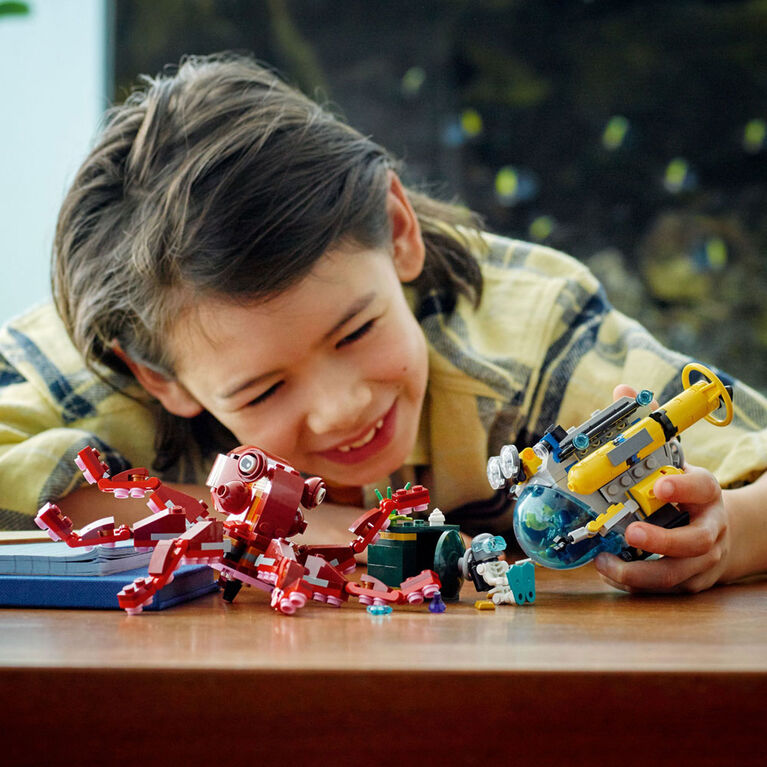 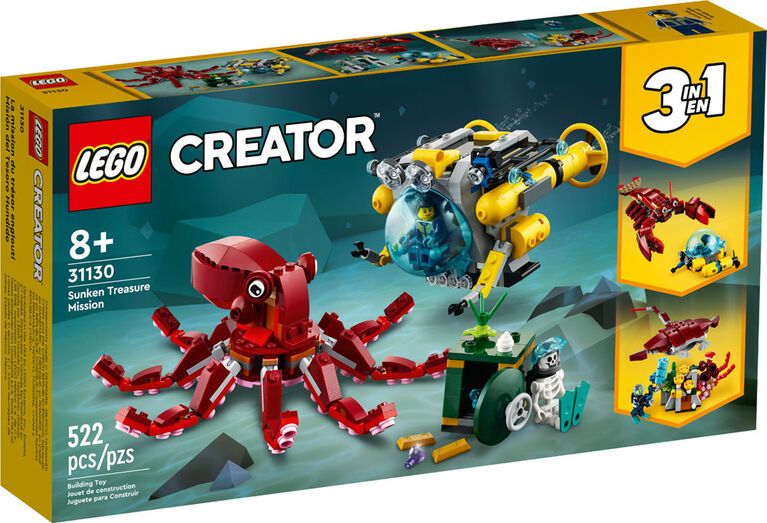 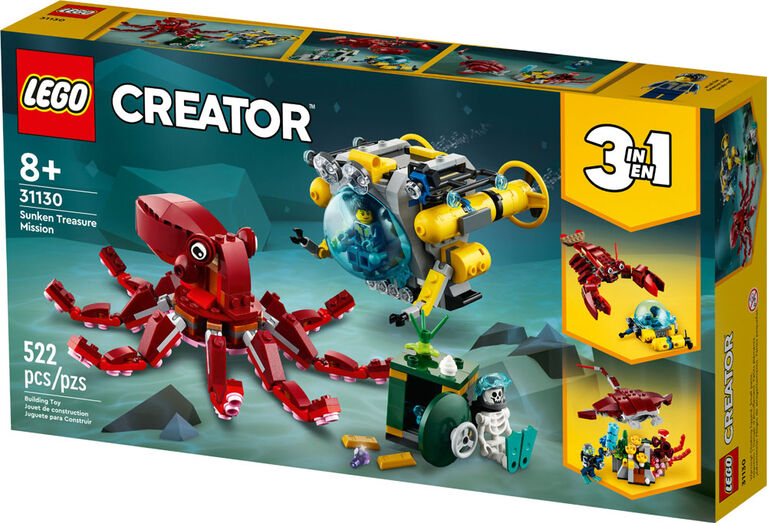 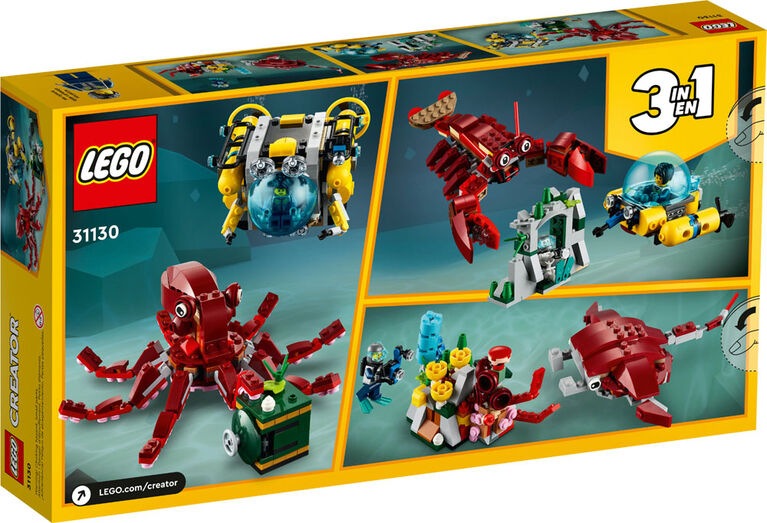 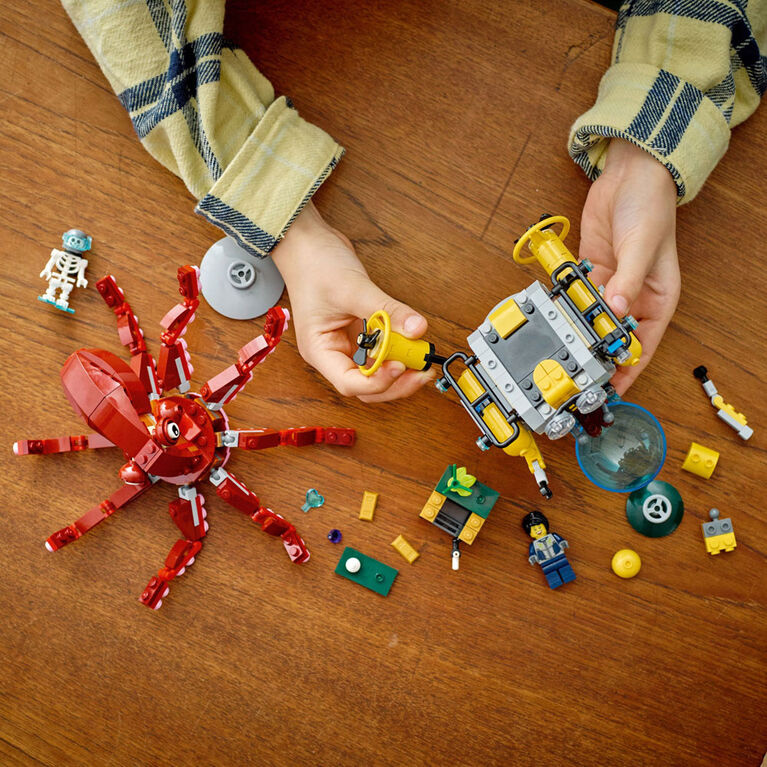 Pinch to zoom
Kids aged 8 and up can enjoy thrilling underwater adventures with the amazing LEGO Creator 3in1 Sunken Treasure Mission (31130). The playset features a supercool submarine, a giant posable octopus toy, 2 minifigures and a safe with gold bars and gems. Endless creative fun for little builders Kids can enjoy 3 different build-and-play experiences with this LEGO Creator 3in1 set. They can build the submarine and octopus toys and then rebuild them into a smaller submarine and giant lobster playset. They can make a scene with a giant manta ray, a diver and a coral reef with a small cave, or use their imaginations and turn the same bricks into something else. A fun digital experience for LEGO fans LEGO toys come with interactive digital building instructions to make the building experience even more fun. Available in the LEGO Building Instructions app for use on smartphones and tablets, the zoom and rotate tools help kids visualize the model as they build.