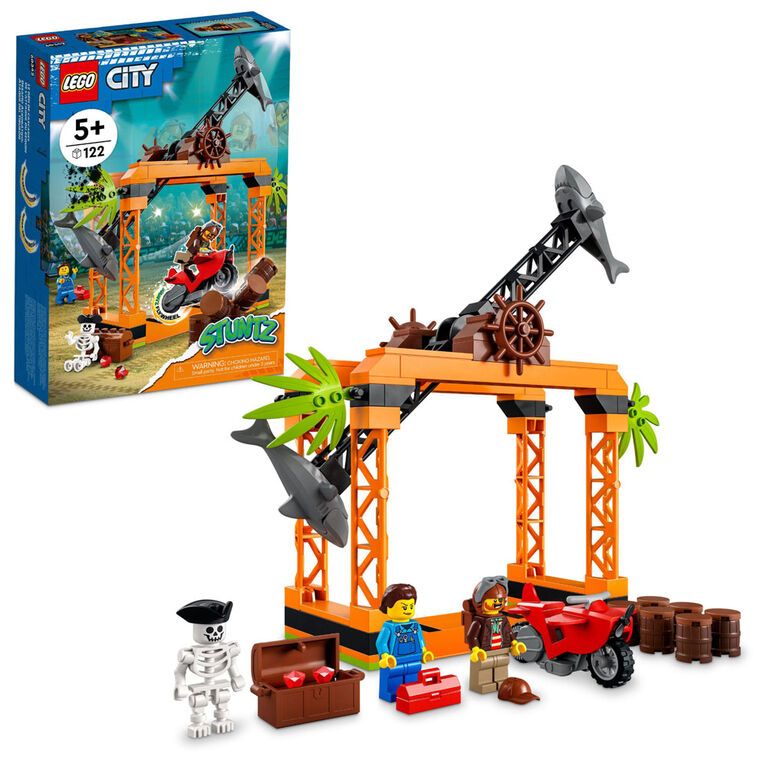 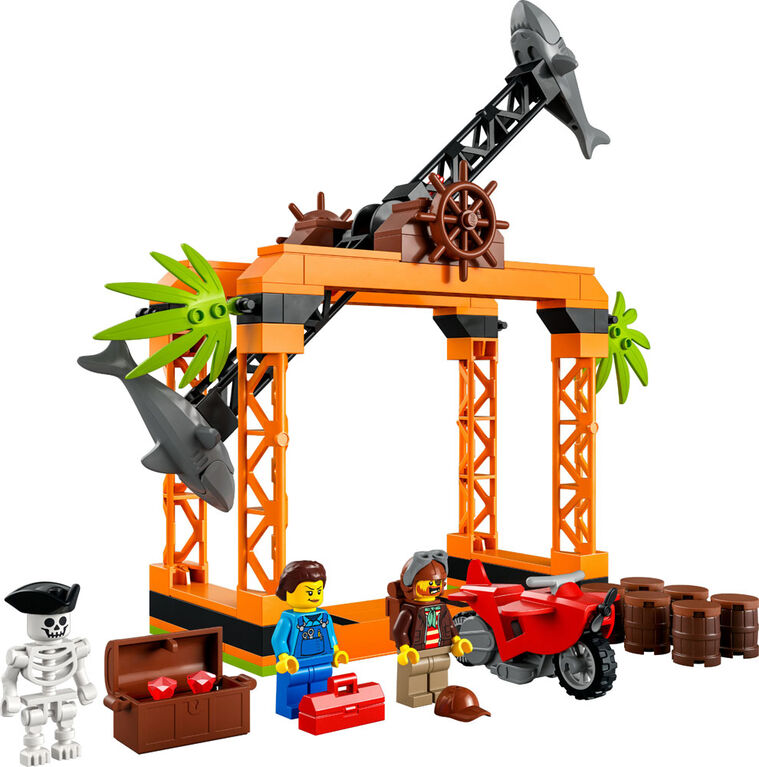 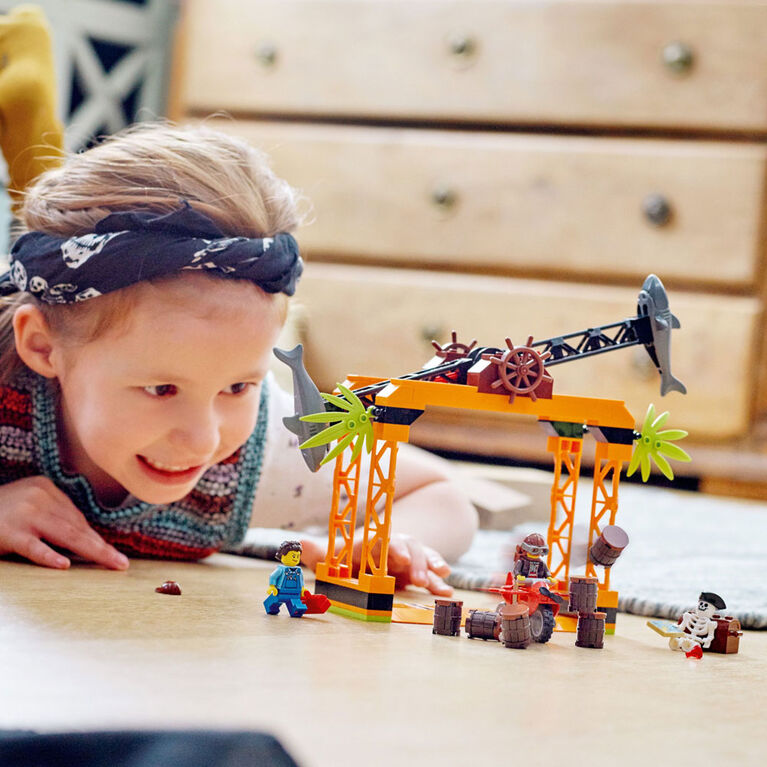 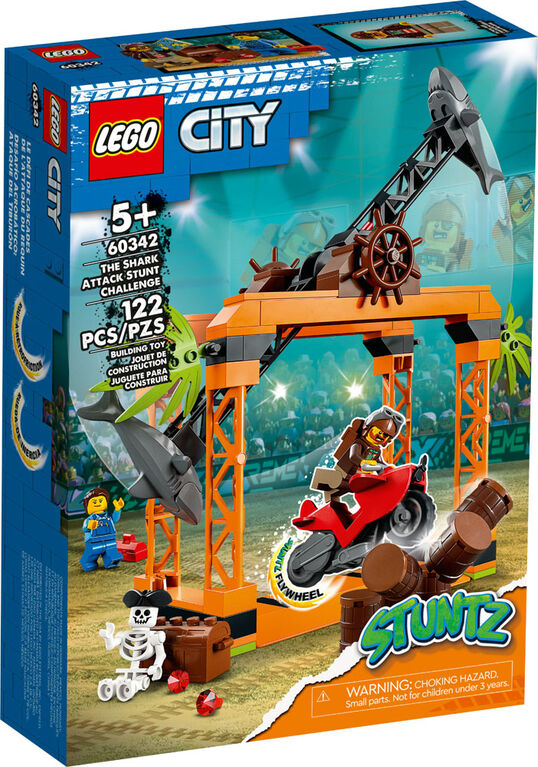 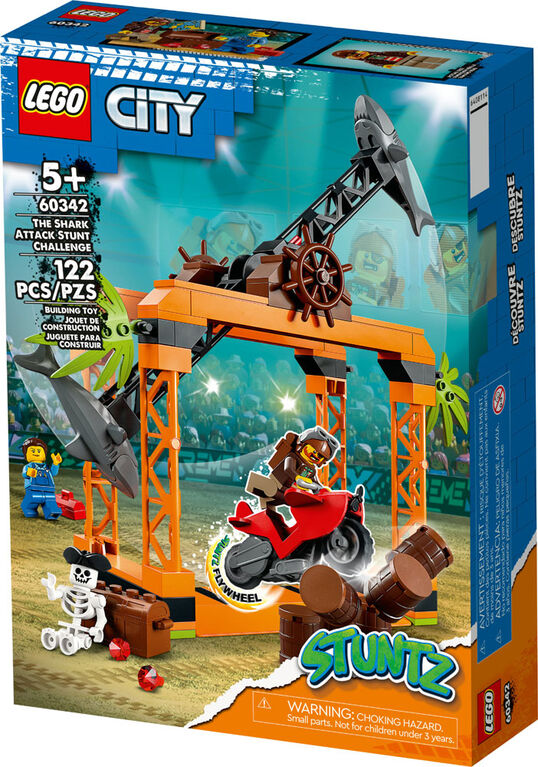 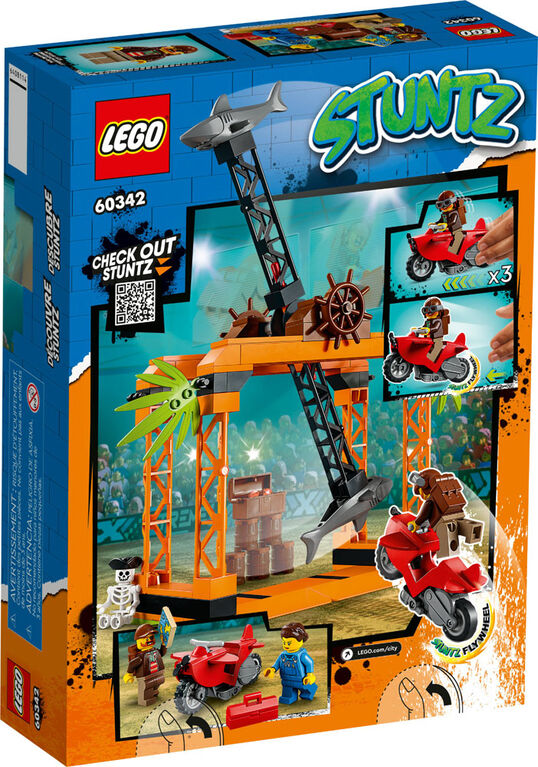 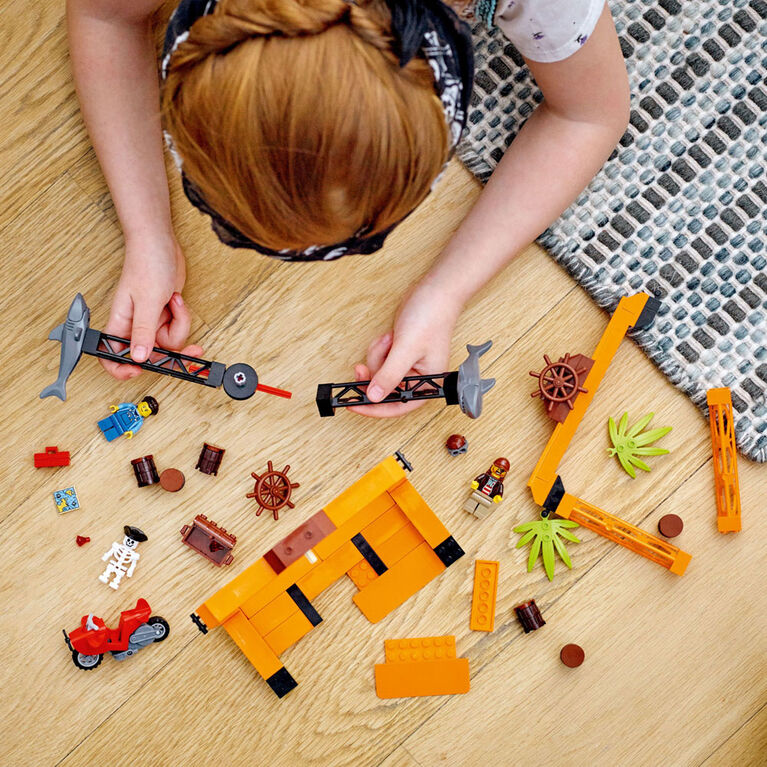 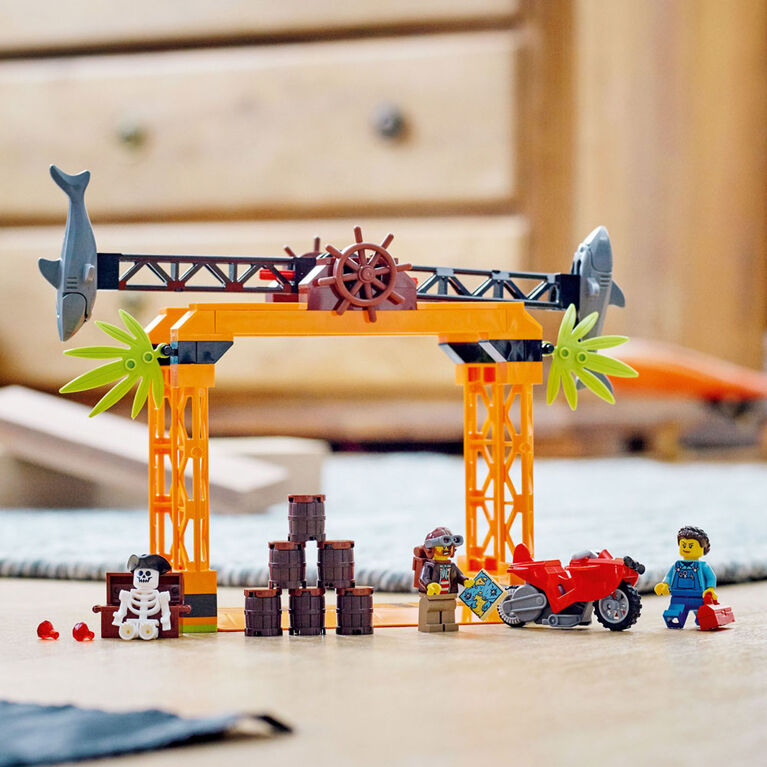 Pinch to zoom
Power up action-packed play with this LEGO City The Shark Attack Stunt Challenge (60342) set. Kids activate and launch the flywheel motorbike, avoiding the skeleton and the spinning shark wheel, to strike the barrels and reveal a hidden pirate treasure chest. Just add the 2 minifigures, including LEGO City TV's Chuck D. Goldberg, for hours of imaginative role play. A fun build-and-play toy for kids aged 5 and up This LEGO City Stuntz toy playset comes with an easy-to-follow pictorial building guide so kids can enjoy building their own LEGO toys or join friends and family members for a fun group build-and-play experience. Welcome to the creative world of LEGO City LEGO City toy playsets put kids at the heart of the action with cool vehicles, feature-rich structures and inspiring characters for realistic role play. Combine this set with others from the LEGO City Stuntz range for even bigger stunt-show extravaganzas.