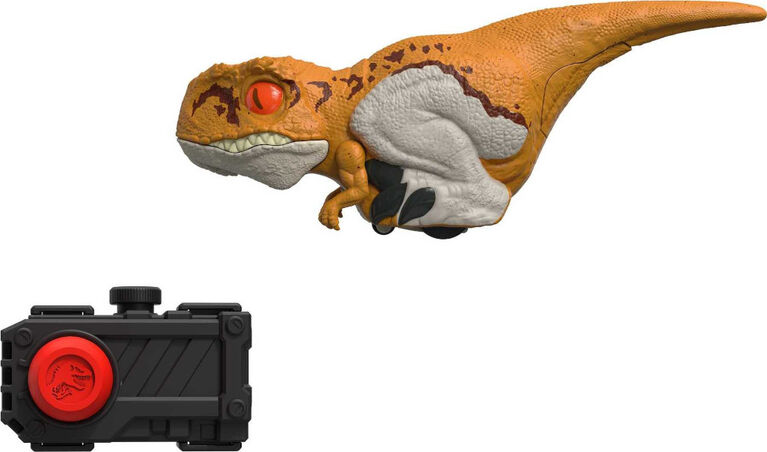 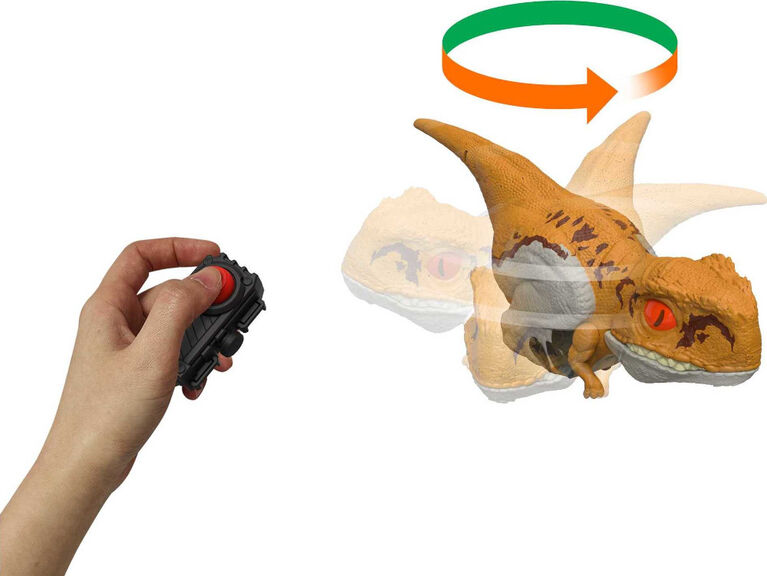 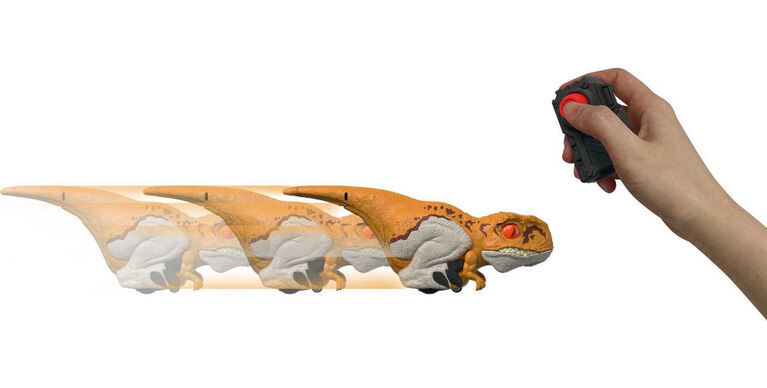 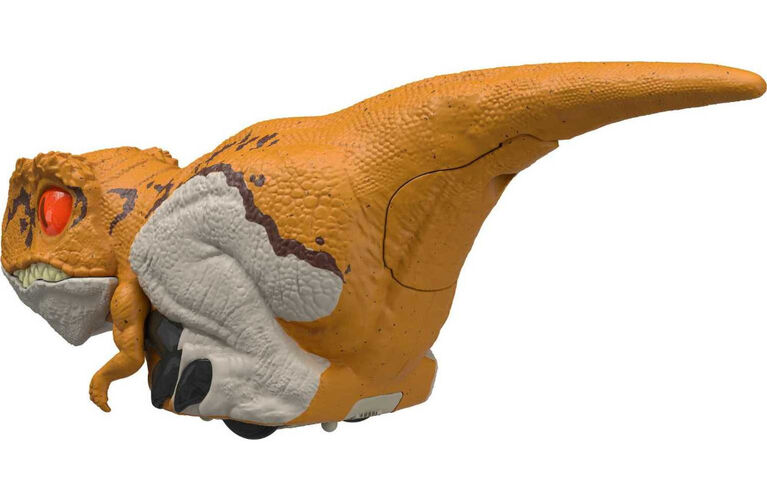 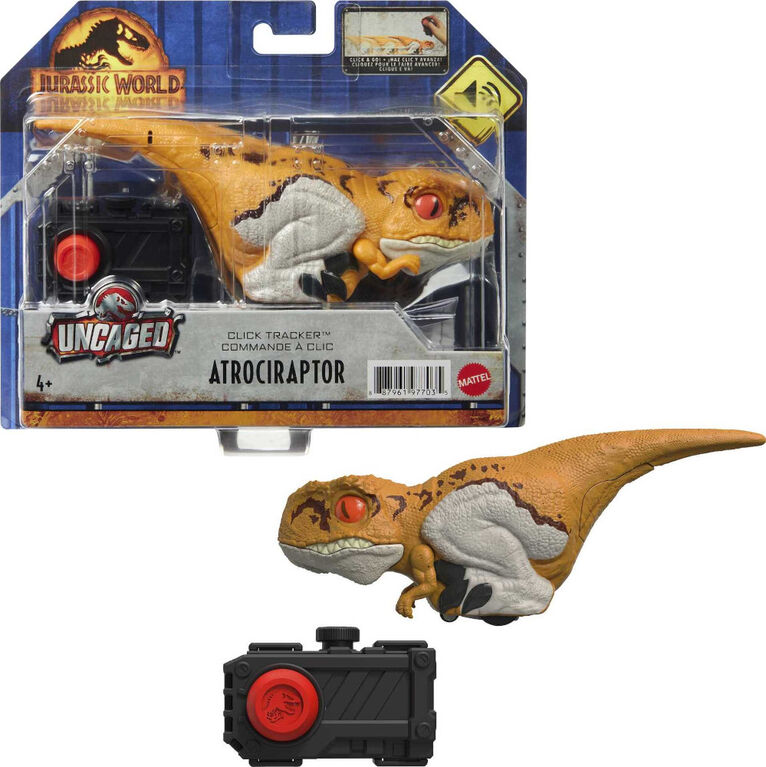 Pinch to zoom
This special interactive Uncaged Click Tracker Atrociraptor figure, inspired by the thrills and adventure of Jurassic World Dominion, can really bring a dinosaur to life for kids ages 6 to 8 years old, with both movement and sounds that THEY CONTROL! Embracing the excitement of humans interacting with dinosaurs, this approximately 6 in long orange dinosaur toy has been uncaged to give kids a unique play option -- becoming a DINOSAUR TRAINER, just like Owen in Jurassic World! The Atrociraptor dinosaur is introduced in Jurassic World Dominion and plays a key role in the action! Using the provided handheld clicker, kids make the figure inspired by this species move forward, spin and issue cool sounds but watch out, this dinosaur is still wild and a little unpredictable! The clicker can control more than one dinosaur, so kids can collect them all to become the alpha of their own pack! Each sold separately, subject to availability. Makes a great gift for dinosaur fans ages 4