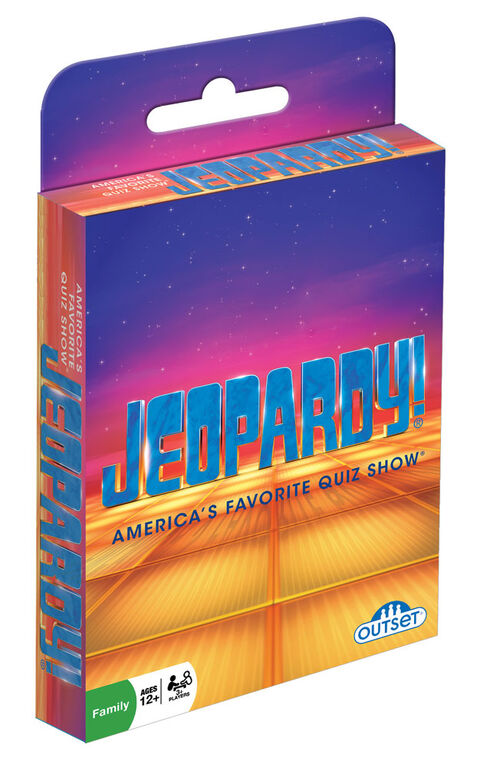 Jeopardy! Is for fans of America's Favorite Quiz Show! It first aired in 1964, and seven thousand episodes later, it is still immensely popular. Jeopardy Hang Tab card game puts the big fun of Jeopardy into a small package. To be the Jeopardy winner, you must be the player with the most money at the end of three rounds. The hang tab version is a good introduction to the game.