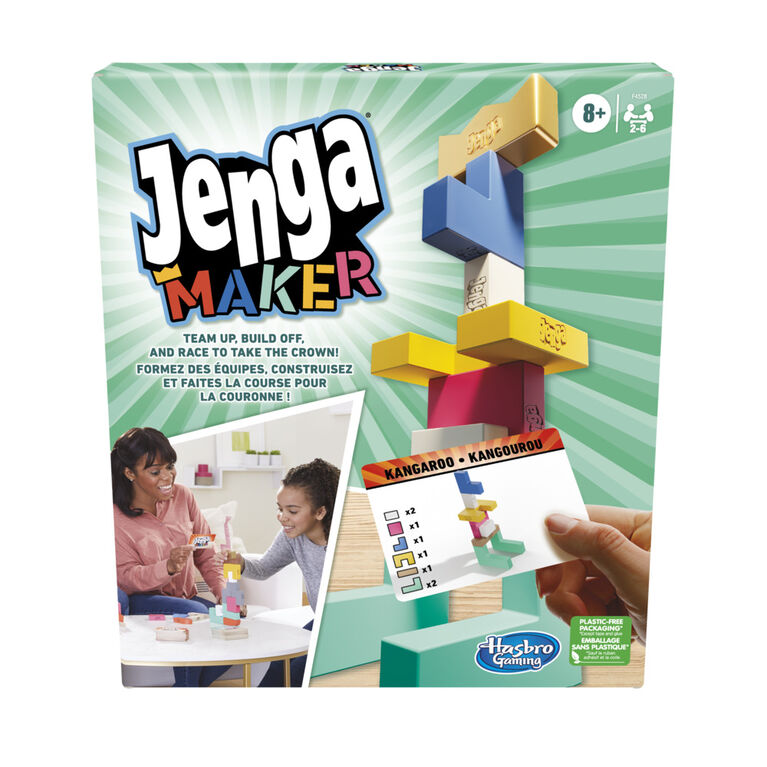 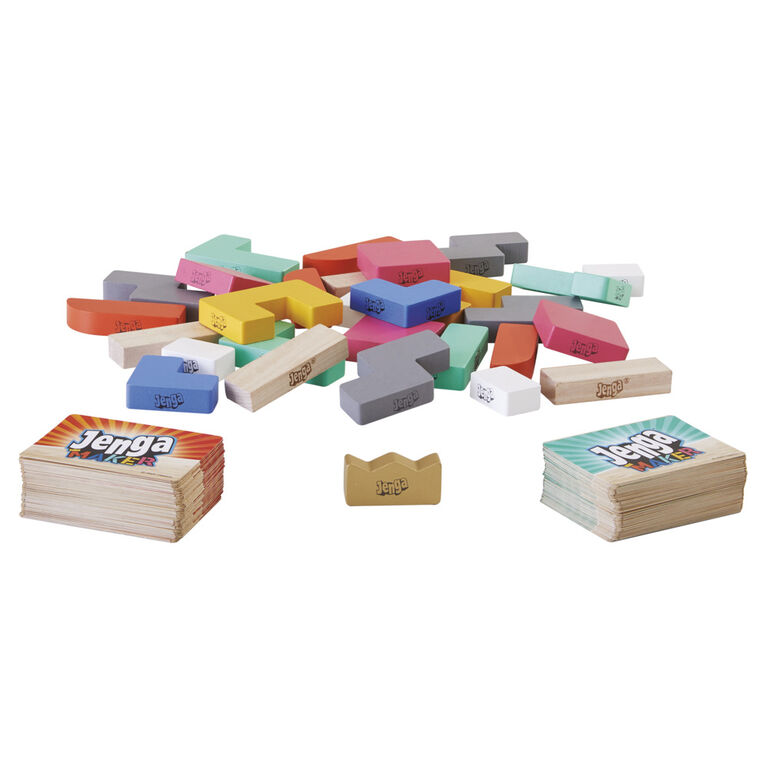 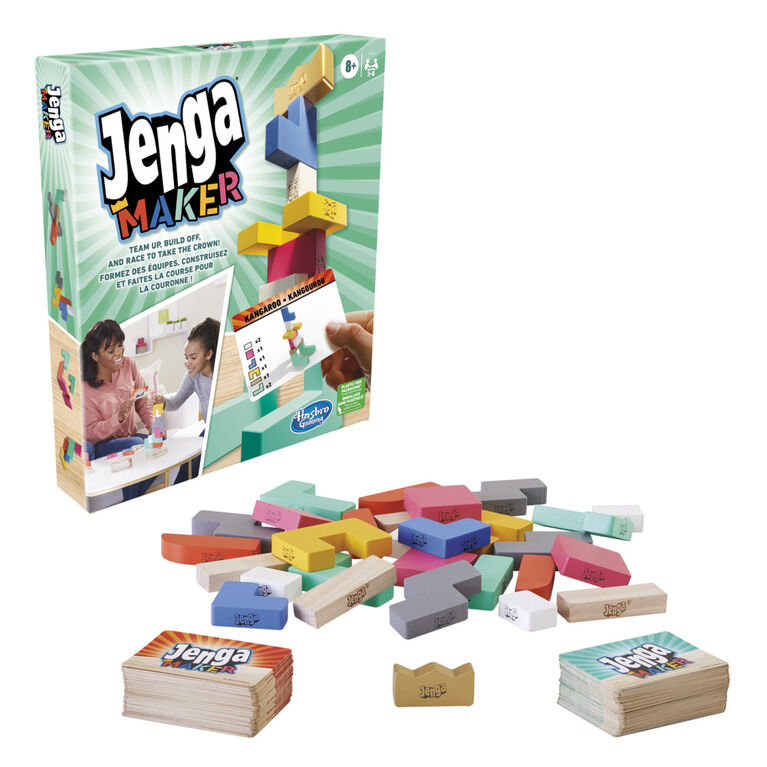 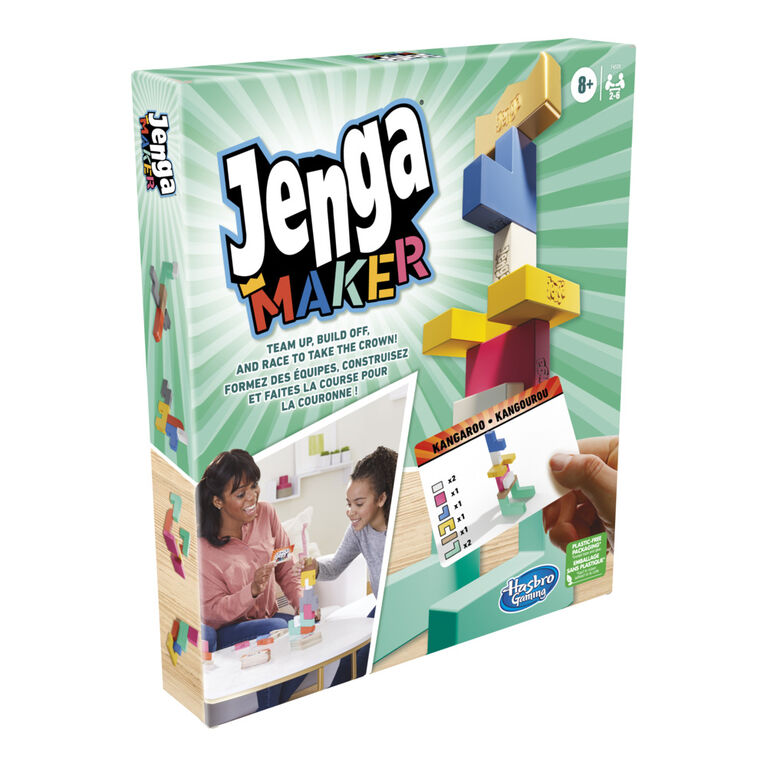 
Team up, build off, and race to take the crown! The Jenga Maker game is a frantic, fun twist on classic Jenga gameplay. Players divide into teams and race to build their Jenga object using the Jenga hardwood blocks. One teammate describes the setup shown on the card, and guided by their description only, the others rush to build and crown their creation. But watch out! If a team builds it wrong or makes the object fall, they have to start over again. The first team to complete and crown 3 builds wins! It's a fun, challenging gaming experience that combines friends, skill, suspense, laughter, and a little luck. Want a fun game for family game night? With beginner and advanced builds, Jenga Maker is a fun game for adults and kids ages 8 and up.