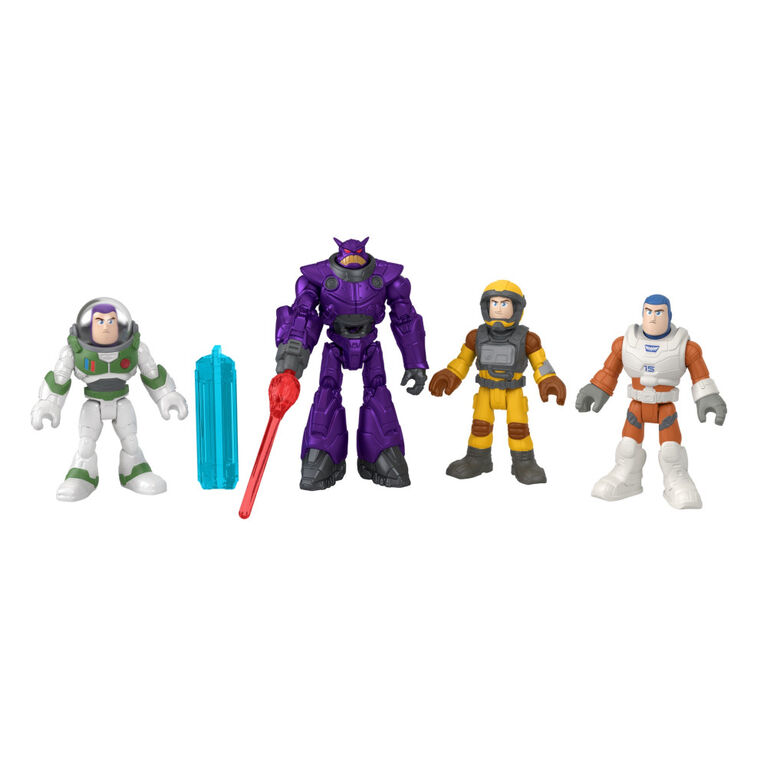 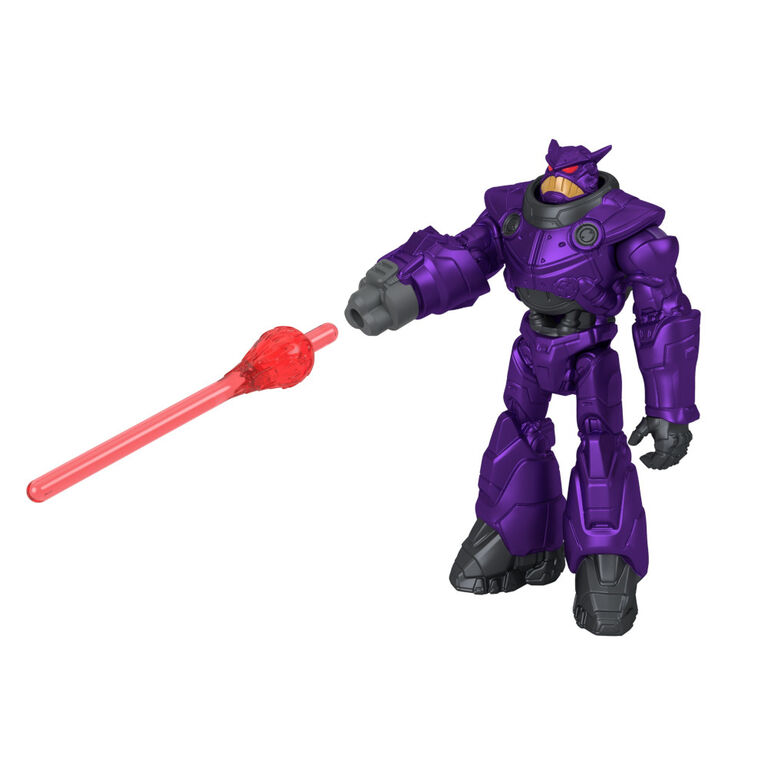 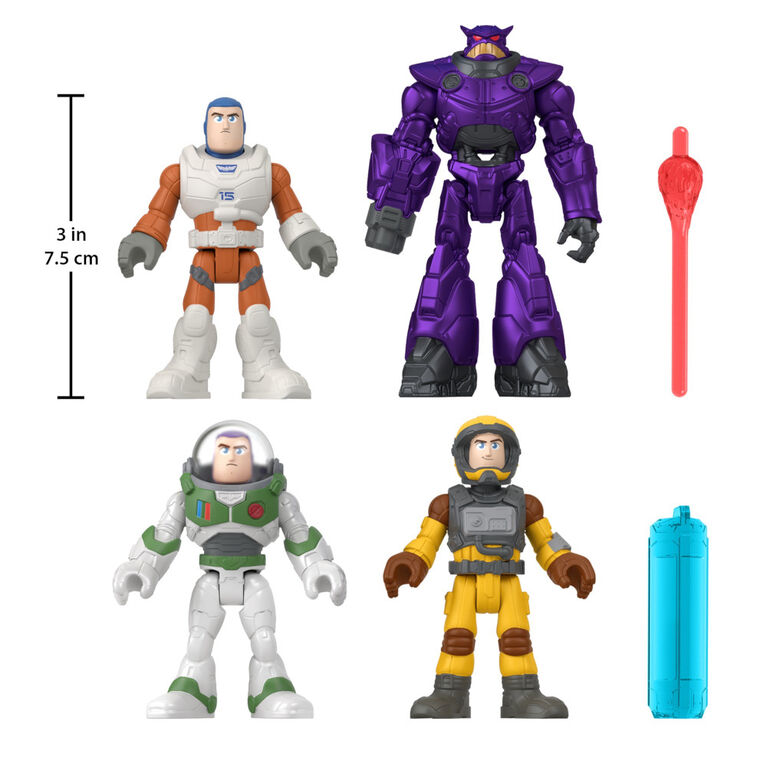 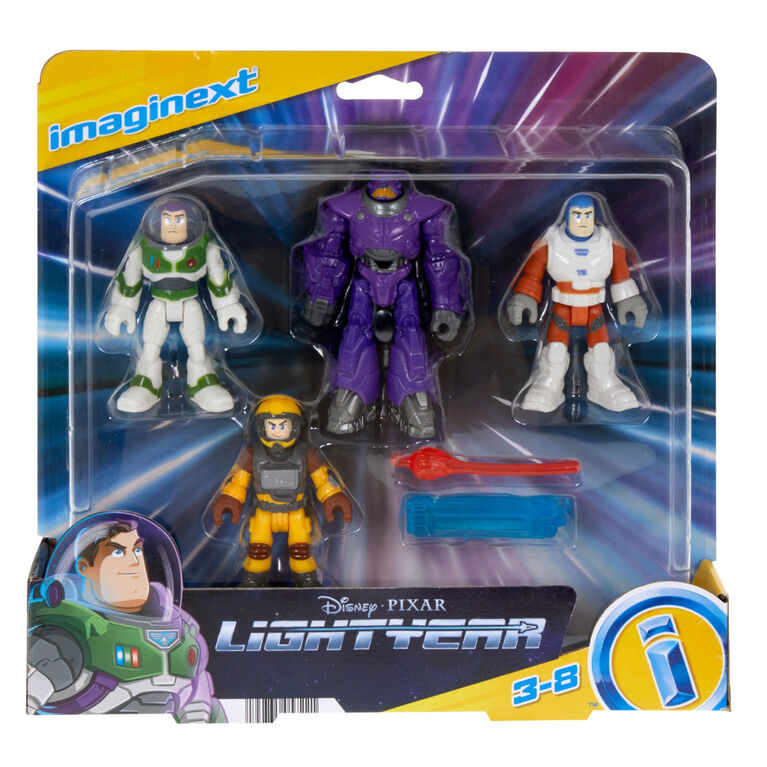 Pinch to zoom
​Fans can relive the epic outer-space action from Disney and Pixar's film Lightyear with this Imaginext multipack figure set from Fisher-Price. Space Rangers-in-training can help Buzz Lightyear battle the evil Zurg, just like in the movie! This figure pack features 4 poseable figures, including Zurg, Buzz Lightyear (Space Ranger Alpha), Buzz Lightyear (XL-12), and Buzz Lightyear (XL-15), plus 2 play accessories for kids to use as they act out their own fun, pretend space adventures.